There can be various reasons behind a painting. Of which one of the rarest is when the house owner does not repaint the walls for more than five years. Ever since the l’homme d’evolution was completed at my friends house, I have had much more confidence over large sized murals. So it did not take me more time to prepare myself for another. I had loved this sketch of an angel that I had found on net. I wanted to recreate it with some colours. I had also created a small sketch of it on  piece of paper that became a reference for this mural. 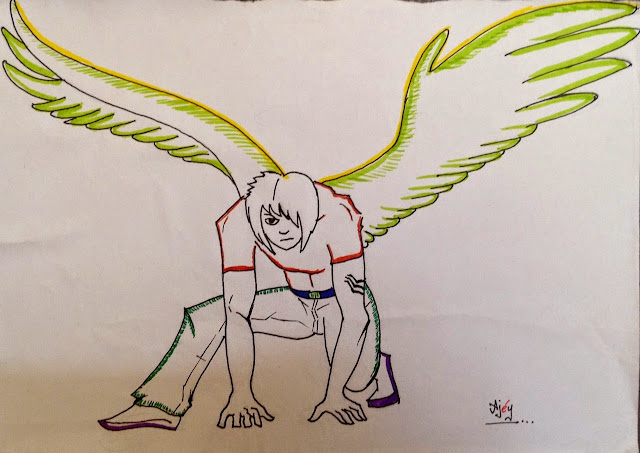 First stage was much faster than expected. Very quickly a life sized sketch was drawn on the wall in my living room. Next, it got an outline in black. 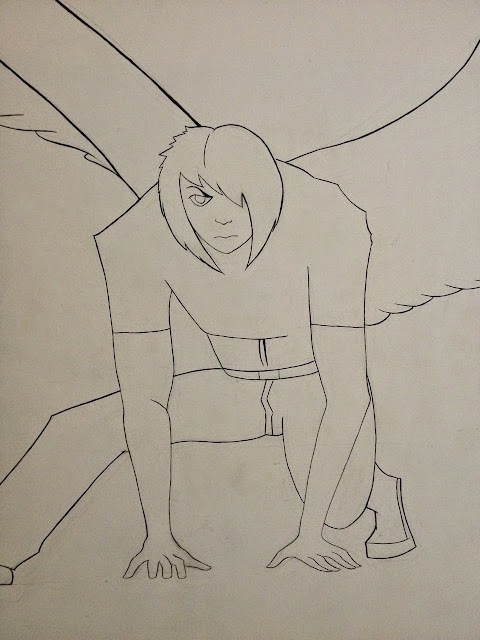 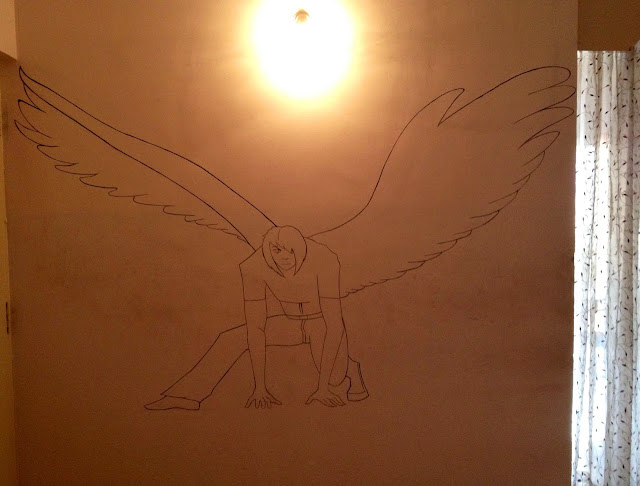 This was about the time when I told my house owner what I was doing. During an annual visit, they came home to see it. The man looked okay but the lady seemed worried about the removal. I requested them to repaint all the walls if they did not agree on me painting this. They procrastinated the idea of painting the house by saying they would think about it and left. I took that as an approval.

Colouring the entire wall would make the image very loud so it was originally conceived to be minimal in colour. I planned to give strokes of colours that would also provide a feel of flow to the wings. Green colour to the wings seemed appropriate. 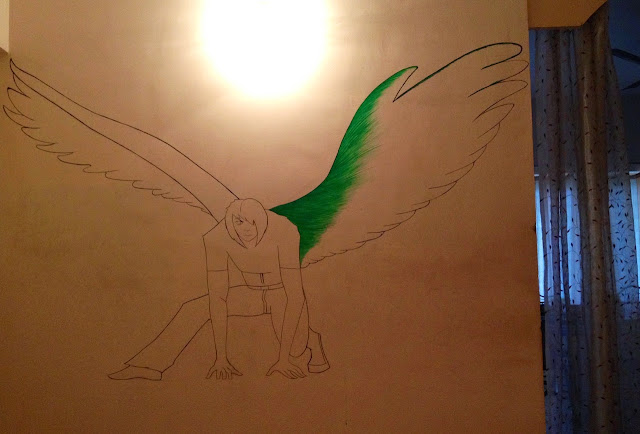 After this was done, I took almost several months of break. I think it took me about 3 months to get back to the mood to complete this. Next session completed the rest of the colours. 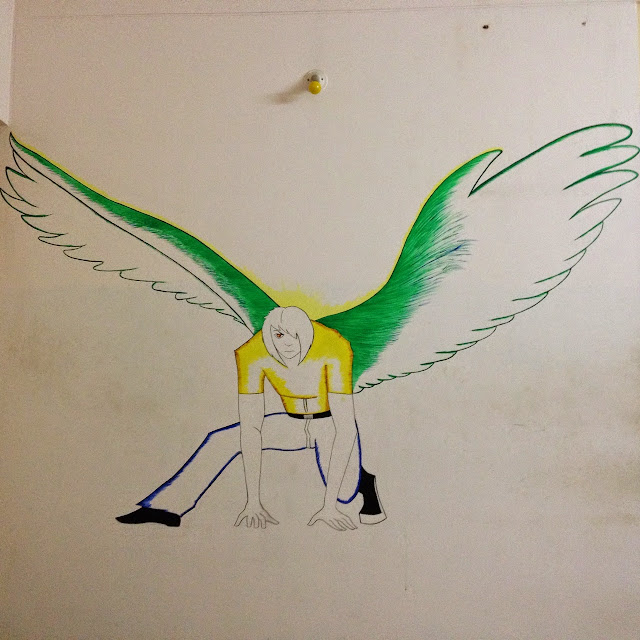 I particularly liked doing the eyes. The brown eyes! Yellow and blue was decided for the dress but yellow seemed too loud. A shade of brown had to balance it. 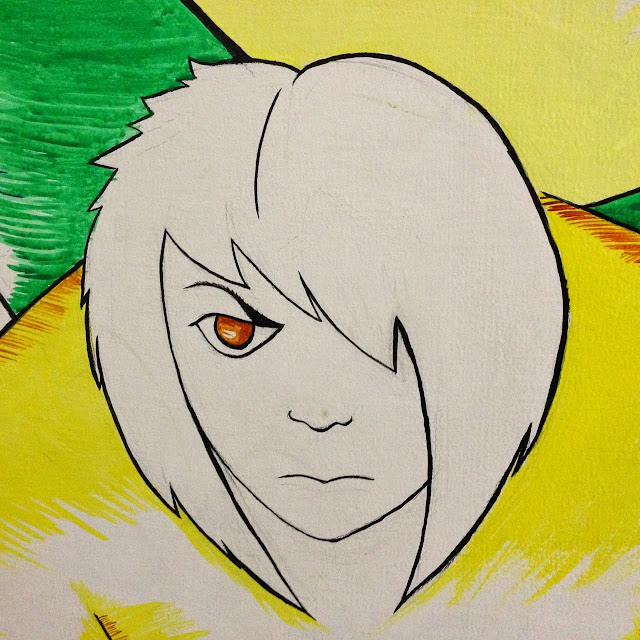 In the final touch,  some other uncoloured areas were completed. What best can it be called other than "Le Vol". (The flight). 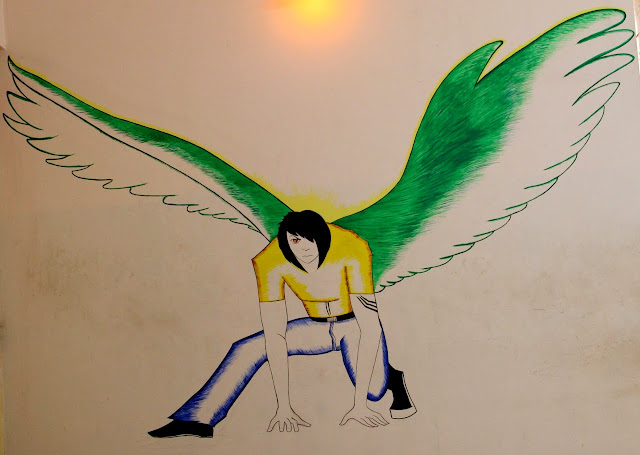 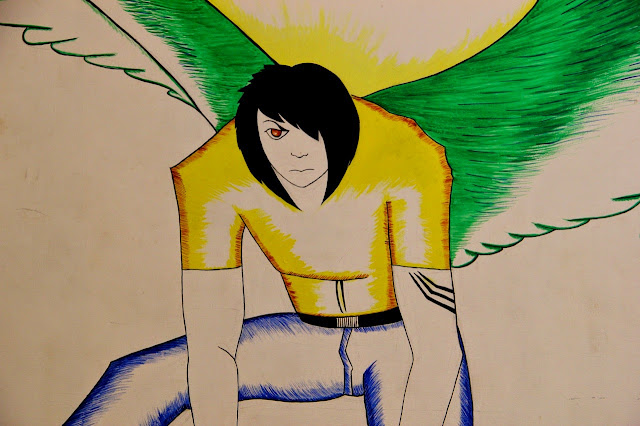 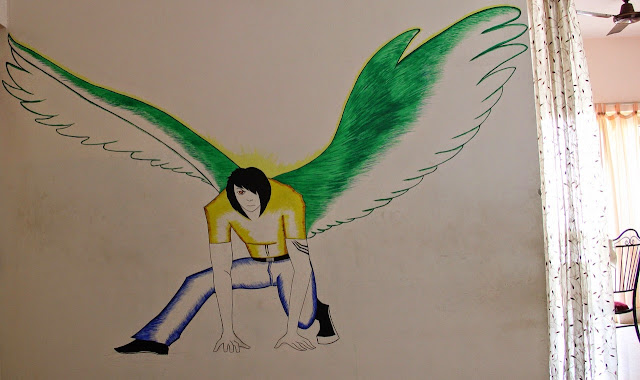