With more than 10 days of vacation doing nothing but watching the nature at play at my house in Surathkal, I had one of the most blissful times of my life. I felt like I was taking a leap back in time. Much is different around my house now than how it was when I lived there 13 years ago but not all has changed. Some of those several moments of Déjà Vu are here.

Butterflies taking a morning fly over the flowers in the garden. 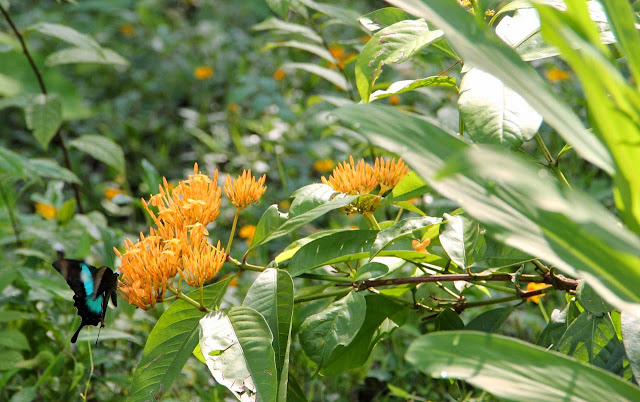 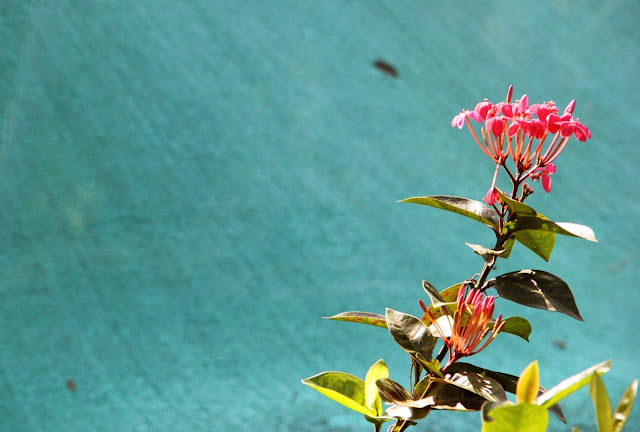 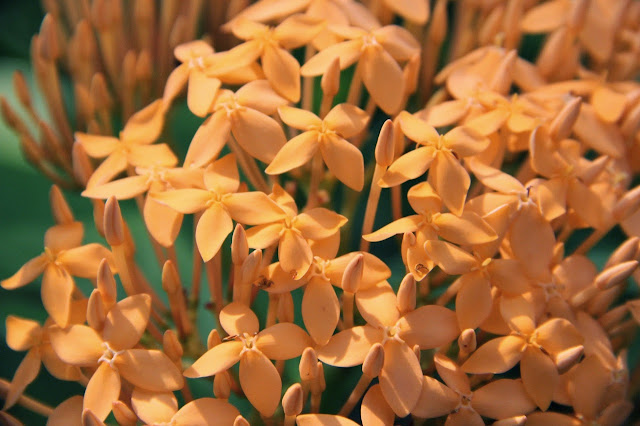 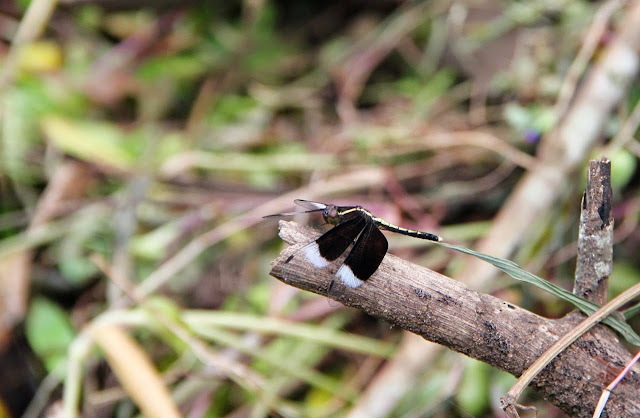 Due drops collecting over the leaves. 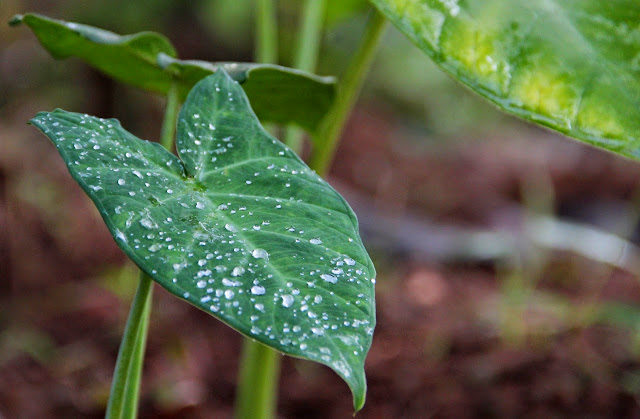 The process of bud to full blossom. 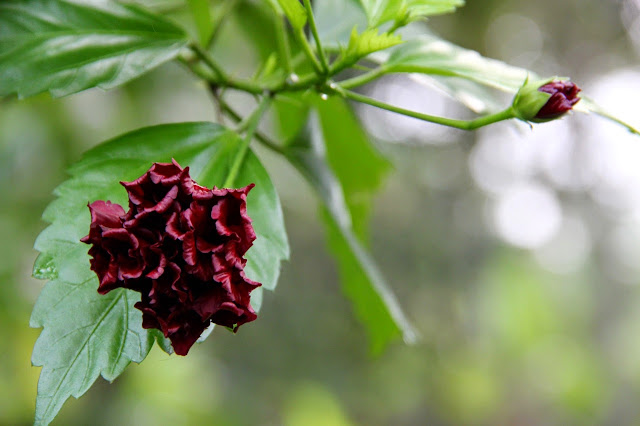 Fragrance from a burning Incense sticks. 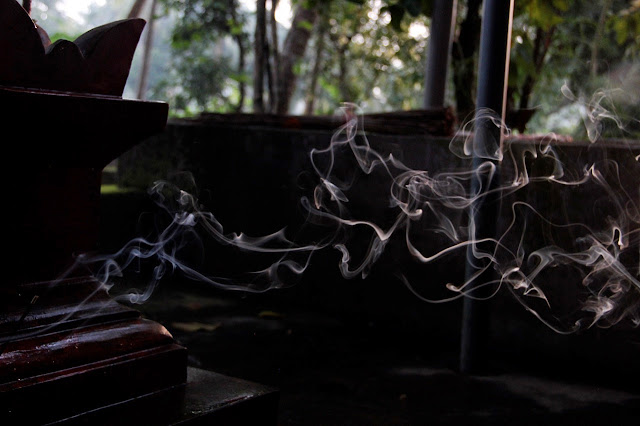 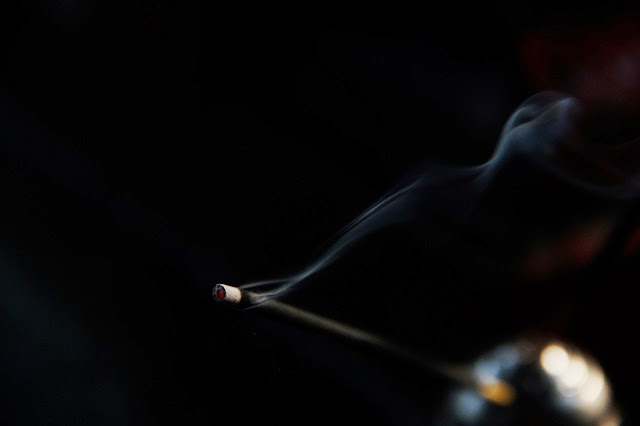 A beautiful evening at the beach where several souls come searching for answers. 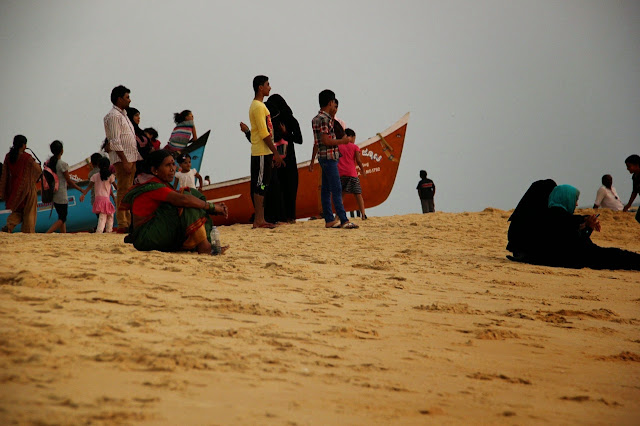 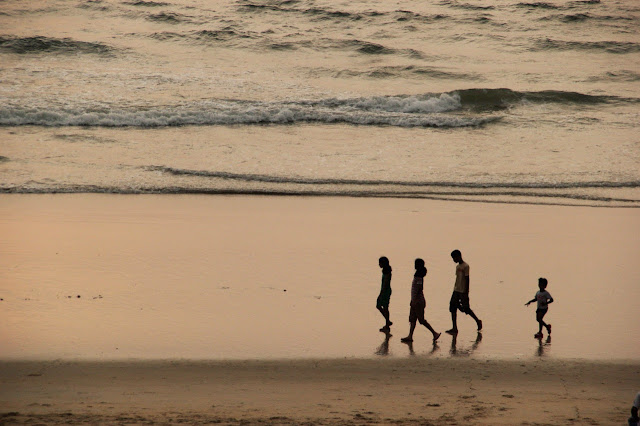 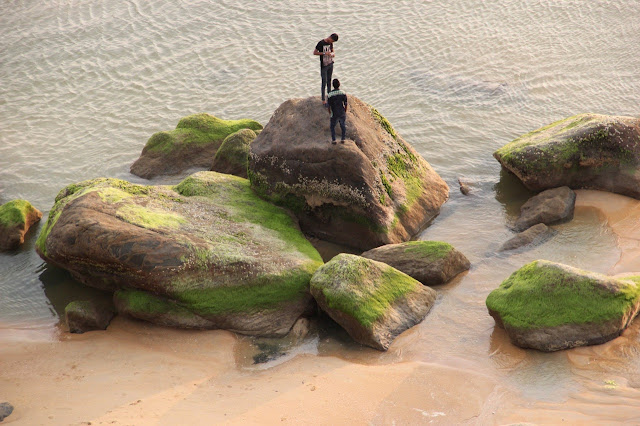 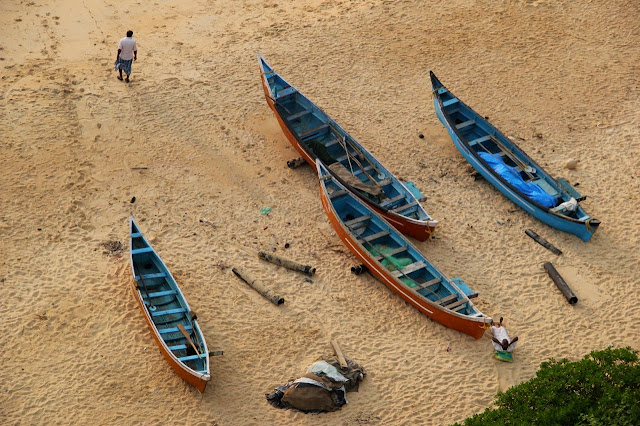 And with my left eye all swollen, I imagined how Monet would have seen his garden with his cataract; that created several of his best impressionist paintings. 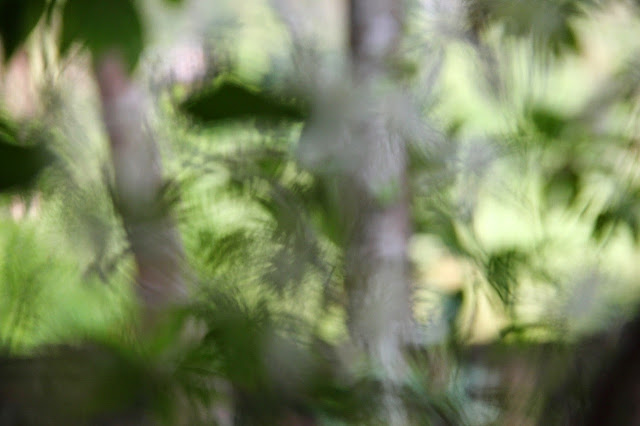 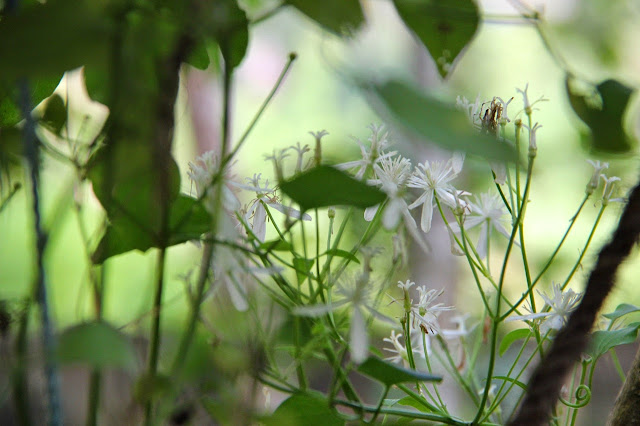 Email ThisBlogThis!Share to TwitterShare to FacebookShare to Pinterest
Labels: Impressions

On the 2nd of October, I drove to Mangalore. I was very excited about my 10 day long vacation. After crossing the busy Bangalore traffic by around 7:30 AM, I was on Bangalore-Hassan toll road. Most of this stretch is now complete and makes the journey very easy. At one of the toll booths before Channarayapatna, I was requested by a toll collector to give him a ride till Chanparaypatna. It was surprising to notice that the government buses did not stop anywhere but in main towns; so people in between always had to rely on shared autos. In Mangalore, private buses do much better job connecting even remote locations of the district.

I stopped at Sakleshpur for some food and then continued down the shiradi ghat which is in pathetic condition again. They are planning to close it down for six more months from December onwards. I was in Surathkal by around 2:15 PM. I had food and rested. That evening, we had Durga Namaskara pooja at home. It was nice to see the pooja after a long time. 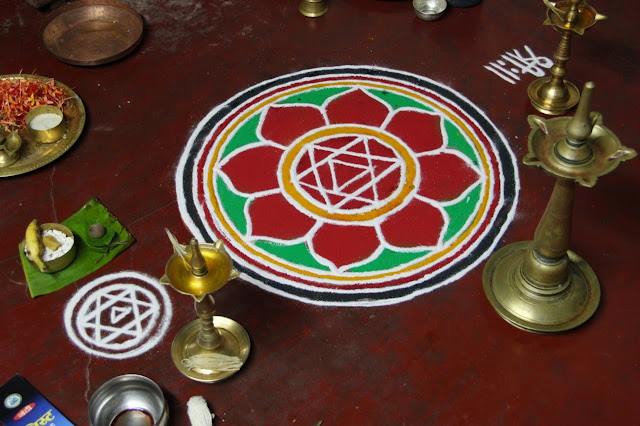 However, I had to step out for a while to meet one of my Dad’s friend who is a surgeon. I had been planning to get rid of the cyst above my left eye for a while now. Ever since a new colleague told me how he got rid of his about 10 years ago, I have been more confident about the operation. It was meant to be about 15 minutes job and an hours rest before I could be discharged. So October 4th was decided as the big day.  I returned home, met a few relatives, got to serve dinner in traditional style to all the guests after a long time. I watched yakshagana at  Marigudi Temple for sometime. All 9 days, yakshagana is performed all night in two temples near my house.

Next day I mostly relaxed watching some movies. On October 4th at 7:00 AM we were at the hospital in Mangalore. I had blood test done, got my X-ray taken and had the end of my eyebrow shaved. Doctor arrived at around 9:30AM. I was pretty relaxed and seemed unaffected by the happenings. My eye was closed and taped and local anaesthesia was provided around the cyst. I felt the blade cut through my skin but there was no pain, not until they tried to pull the cyst. I started feeling the pain when he pulled it. No further dosage helped reduce it. He concluded that the cyst had grown too deep into the bones and thus I had to go for General Anaesthesia. The doctor explained everything neatly to me but kept scolding the two nurses there. He complained about how the light was not good and he could not see clearly and how one of the nurse's hands were shaking and had to be dismissed. By then an anaesthetist from another hospital arrived. I don’t know where and when they injected but i slowly blacked out. I found myself flying in a space that seemed like The Grand Canyon. There were colourfully lit walls on either side and in between them I  was gliding. I recollect being happy but when I regained conscious, I had a bad headache and severe hunger. I began to smile for no reason. May be because i was happy that it was over.

I was showed the cyst but in my half awake state I noticed just two pieces of flesh soaked in blood. I was moved to a room and had to take rest for a day. Next to the wound they had fixed a tube that sucked bad blood and other fluids out of the cavity where not so long ago the cyst sat. This was to prevent infection. The tube collected all the bad blood and carried down to a bellow like bottle that hanged around my ear.

Next day, I was discharged and I came home. For the next several days that I was there, I relaxed. We had planned to tour Kerala but the operation was severe than intended so all was dropped and I was to take rest. The view from my room was brilliant; greenery at its best. How many years had passed since I had had this quietness. It felt like I was back in the days of my youth when I would sit near the same window and look out at this greenery. 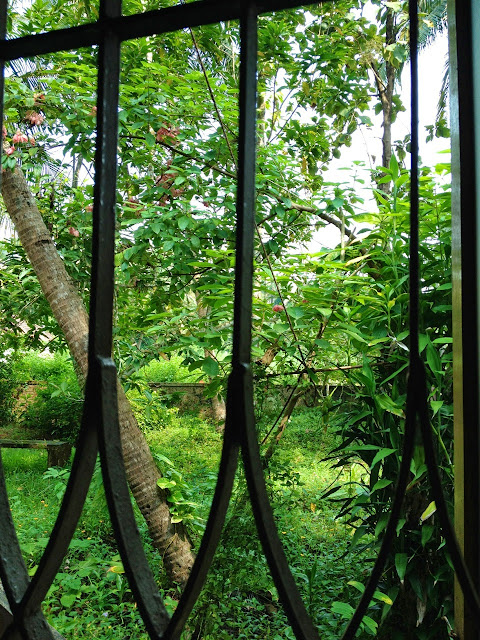 With nothing but rest to do, I had one of the best times of my life. I watched birds that come to our house daily and tried to track their timing and favourite trees. 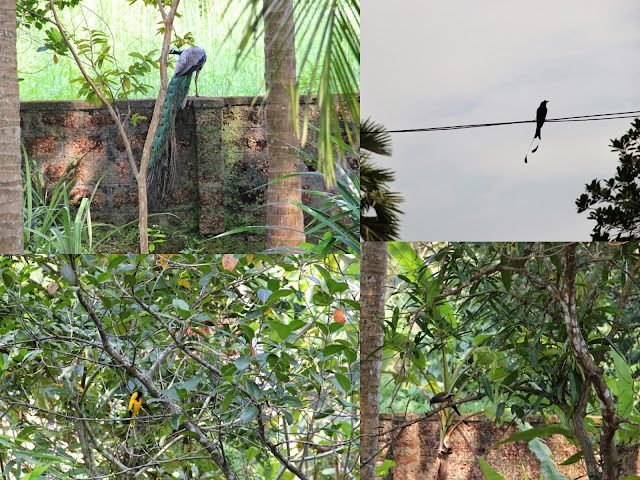 Helped my mother make turmeric out of freshly unearthed roots. 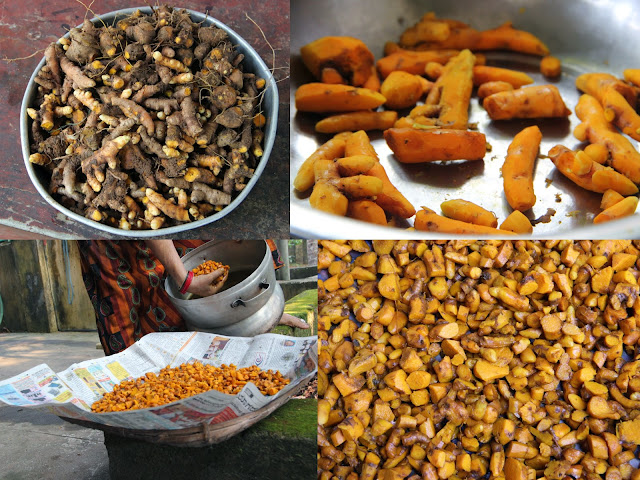 Watched our small farm being de-weeded and cautioned the workers to not remove the flowering trees that I had planted. 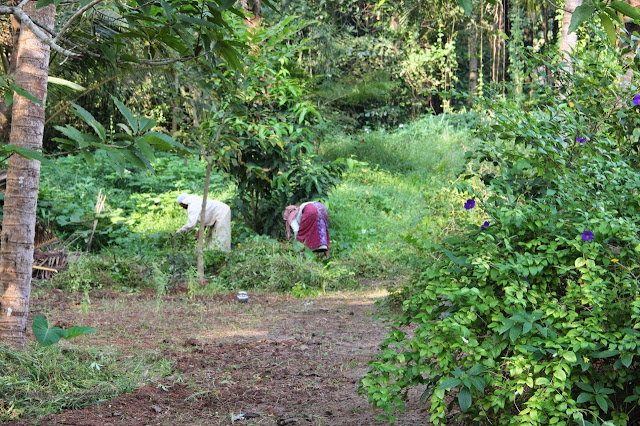 Every evening, I would take an auto to a near by hospital and get the dressing changed and return back by bus. Slowly the swelling around my eye reduced.

On 9th October, we went to Surathkal lighthouse with our family friend Vinoda and her dog Blacky (A Labrador). At the light house while speaking to an official, I was informed of the radars placed along the sea shore after the Kasab incident. I was glad that some security measures are being taken. He was very excited about dogs and someday after retirement wanted to have one as a pet. 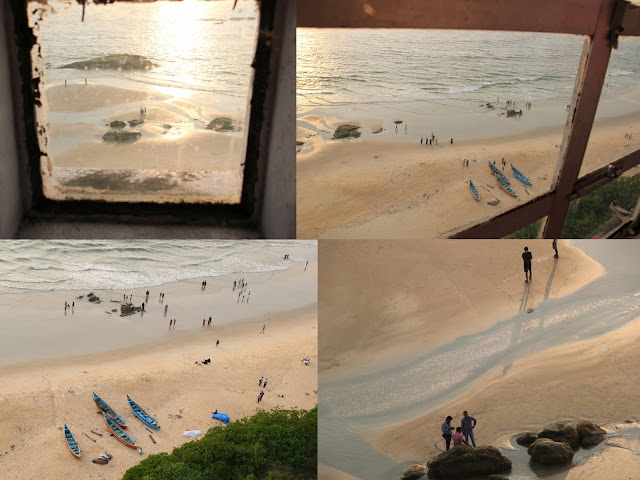 Blacky had fun time at the beach. She seemed to love the water and kept leaping as the waves approached her. 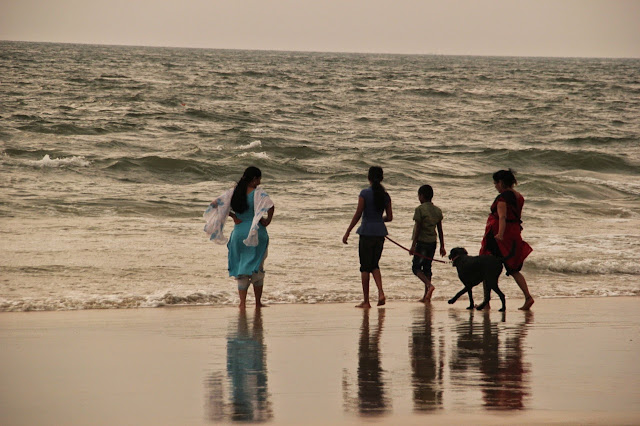 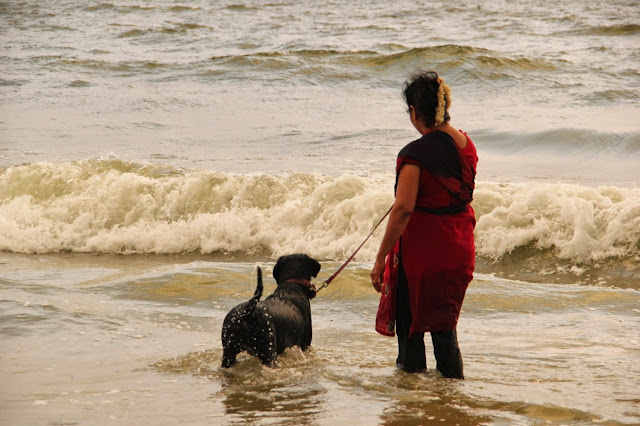 Next day, we went to Pollali temple and then to Ideal cafe in Mangalore. I enjoyed a burger and the famous Ideal ice-creams; my favourite- Banana split.

On Saturday, the 11th My parents left to Mumbai. I had my stitches removed on the same day after which we visited Vinoda’s house. Here we played with her five dogs - Buddy, Rani, Chinna and Bubbly are all german shepherds and of course our Blacky a lab. 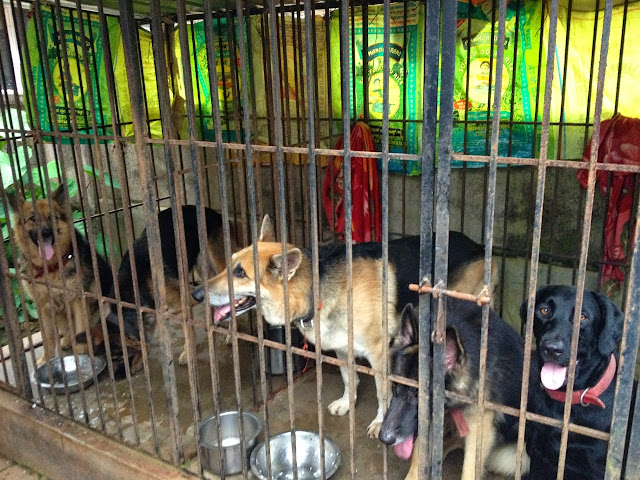 Preethi and I  had a great time there. After that we returned home and packed. Next morning we left home by 6:30 AM and headed back to Bangalore via Charmadi Ghat. The view and drive was excellent. We reached Bangalore by 2:00 PM. 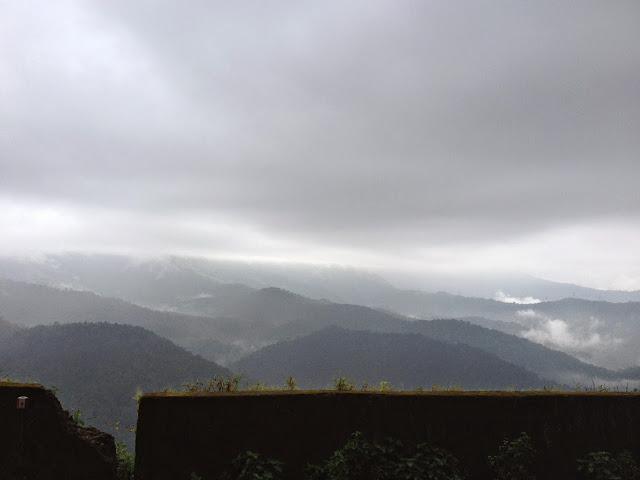 This is the longest I have been in my Surathkal house after having left for work in 2001. I thoroughly enjoyed my stay there. Both my parents were all day at home so it was fun to blend back into their routine life. I loved looking over the de-weeding process that as a child I always enjoyed watching as it made our little farm turn neat and tidy. I watched several birds that stop by our house daily. Amma cooked all those special Mangalore dishes that I enjoy - Onion Sasivey, Onion gojju, Pundi gatti, Sajigge-Bajil, Kottige, Menaskai, Gassi, Goli Bajje, Mangalore Buns and many more.

It is also interesting to notice how our mind works. Until I had no thoughts of removing the cyst, it was always a part of me. I associated my headaches, lack of sleep and everything with it. The day I realised that it could be removed and had no impact on me, everything changed. My mind automatically felt a disconnect with it. And today with it gone, i feel no different. I feel happy rather that something that was not a part of me is gone. I have one less thing to worry about. 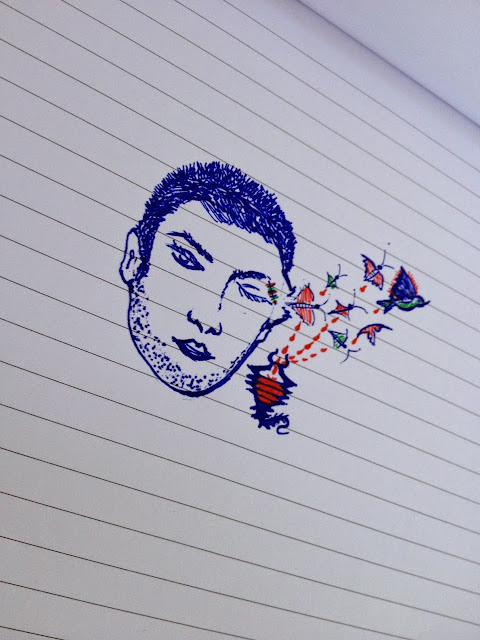 I was sad while returning but I felt that in these 10 days, I got a glimpse of what I would be doing when I retire and return back to my home.  And I remembered this quote that I had read long ago.