Buddy Subbu wants to build a bicycle out of cane and somehow he finds out that best canes are available at the hillocks of Agumbe; his brother's friend says, “Welcome to my hometown, my hotel and my uncle who is a cane dealer.” So everything fell in place very quickly and all of a sudden it was planned to travel to Agumbe. An invitation to a place like this makes it very difficult for me to say "No” so I decide to grab some canes for me as well, perhaps to build frames for my paintings. So very unexpectedly decided, we left Bangalore last weekend (19th) to Agumbe.

Apart from occasional sobbing of backseat lovers and a college student’s crapy, noisy message alert that kept beeping every minute, the drive was quite otherwise. Sudden breaks between some short and nice naps got us to Theerthahalli at dawn. After a plate of Mangalore Buns with tea and me almost being left off by the bus while attending natures call (Thanks to Subbu for shouting out at the driver to stop :-)); we finally reach Agumbe which seemed to be in deep dilema of whether or not to wake up. 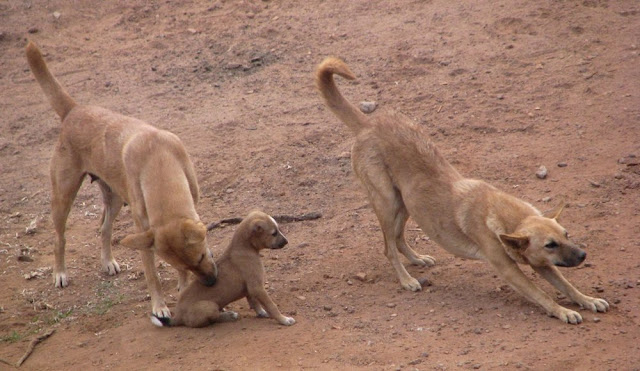 Lazy Morning For Agumbe folks but not for us!

Diagonally opposite to the main bus stand and exactly opposite to the police check post is the only hotel in town- Mallya Residency, owned by a friend of Subbu’s Brother. We checked in and took very less time to freshen-up considering the excitement that we were in. After a not so good breakfast at the hotel near bus stand and a walk around the town, the hotel in charge dropped us near the trail to Onnake-Abbe falls. We were accompanied by four other Orrisa origin Bangaloreans who were so eager to click pictures that we only saw them twice during the trek. The trail is about 4kms into deep jungles and at a point seemed like a never ending path. Wood peckers and other birds made scary sounds, snakes and other reptiles crossed our path and we heard an animal run, which Subbu suspects, is a wild pig and I have no other better guess as I barely saw anything. 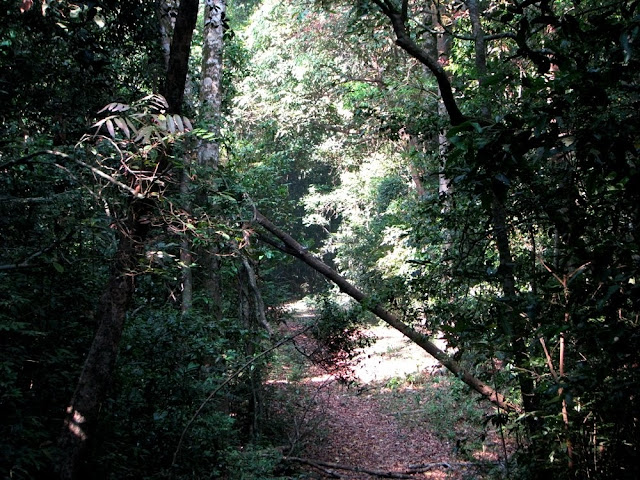 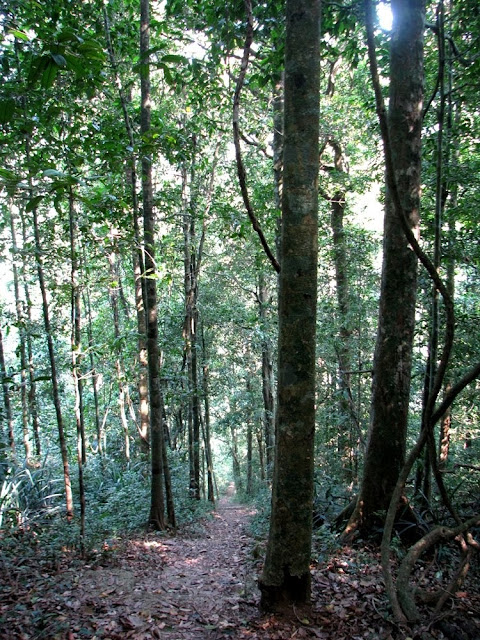 But every pain is worth some treasure, the path all of a sudden ends at a 200ft pit with an amazing sight. I must say that this is one among the best waterfalls I have ever been to. We relaxed there for a while enjoying the sound of nature until the 4 guys following us blended with it to disharmonize. 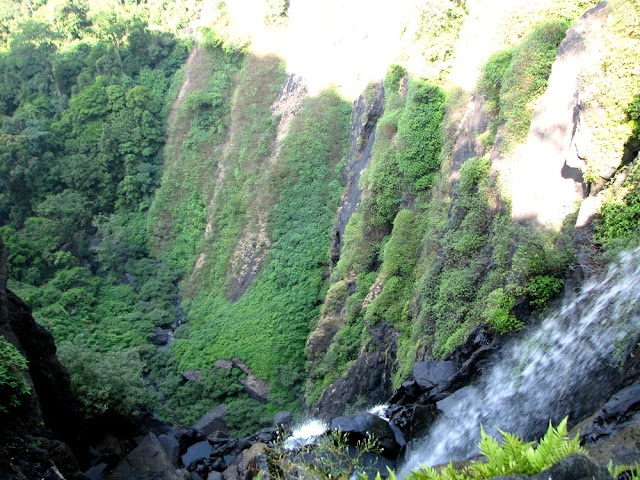 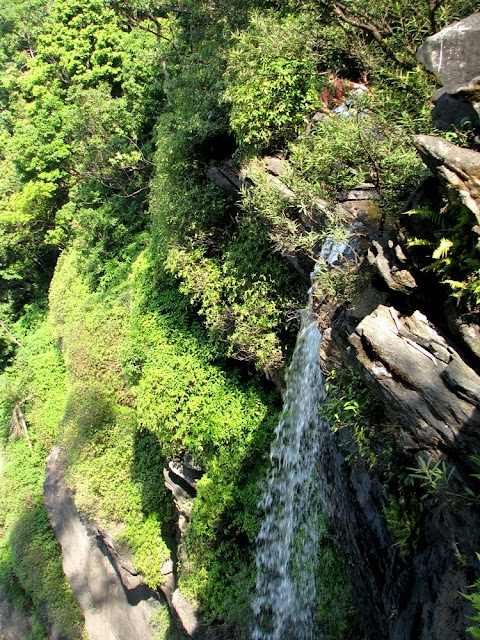 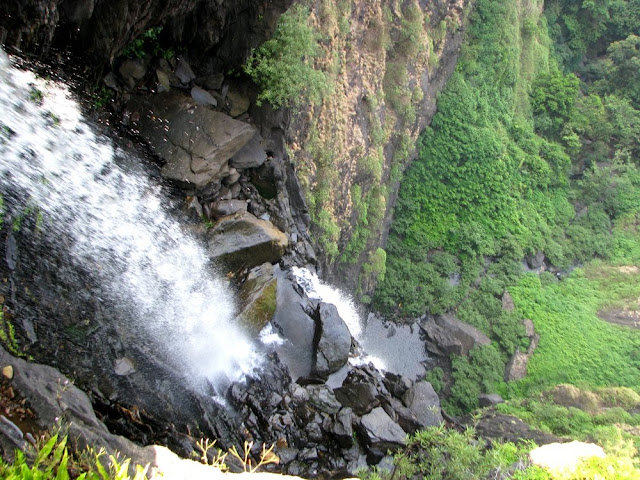 We returned back and on our way met a middle aged foreigner carrying two bags and a laptop stopping to ask – “So is there another gate at that end?” :-) “No Mam, you will witness something better than a freeway entry and exit; a waterfall awaits at the other end.”

We walked back to the hotel and met Mallya uncle, who was a little drunk but was conscious enough to scold his helper (Almost his age, around 60’s) for every sentence that he talked or did not. When asked for cane, he said – “you can get canes, in Mysore, Bangladesh, Malaysia and Bangalore’s russle market.” And then he got on to recollect the location of some famous dealer in Mysore. He said – it’s near a garden. I gave up after mentioning – Brindavan, but Subbu has more knowledge of Mysore with the advantage of having studied there so he might have mentioned all the gardens in Mysore but none matched the memory of the old man. He next got on to criticize Bangalore on how the population and traffic has spoilt it but one thing he liked the most is the food though expensive, he says is – “Taaaaassstefull.” His occasional use of English words made it clear that he had had some formal education and that got confirmed when the hotel in-charge had to write an address on a parcel and he asked Mallya uncle – “How do you spell- Director?” I realized that uncle was a hero in this town. I had recently finished reading Shivarama Karanth’s – “Marrali Mannige” an amazing story of three generations and their connection with their birth place. One of the generations seemed obsessed in learning English and superiority of its usage. So I was seeing something in real but uncle did not meet my expectations, he spelled – “D…i…r….e….t….c….o….r”; perhaps it was the drink. :-) That was corrected by Subbu but then there was another word to be spelled – “Palace”. Before we could start, uncle began again…”F….a….” we had to supersede him.

So being scared that he would send us back to Bangalore’s Russle market or some garden of Mysore, I asked if we could at least take some canes and he quickly responded with a nod and we walked to a store room at the backyard of his house where we choose some good canes; thick one’s for the bicycle and thin one’s for my frame. During this, uncle kept scolding the helper on his foolishness and idiotic behaviors, most of which seemed irrelevant and only a way to display his superiority and status or expression conveying the frustration of the old man’s loneliness, whose sons where in either US or Bangalore.

We got a glimpse of the cane creeper at his house. We thanked them all, had a quick meal at Kamath Hotel and boarded a bus to Theerthahalli and then to Kuppalli, birthplace of legendary Kannada poet/novelist Kuvempu.

It had been almost two months since my previous trek, so the time demanded one. We planned this trek to Sidderabetta long back but it happened only this time with our office Cab group members.

On the 6th of Feb, Saturday morning at 7:00 AM four of us left to Tumkur. We took the NICE road to avoid traffic blocks on Tumkur road. The drive till Tumkur was nice and uneventful. Few kilometers before Tumkur, at Dabaspet junction we took right towards Devarayandurga. At the junction we stopped for a nice hot cup of tea and some good Bajji (Snack).

Sidderabetta is around 52 KMs from this point and one needs to take a left deviation at Thumbaadi village; thanks to Karnataka tourisms for the boards prompting the exact route. We stopped midway at a nice place by a lake for breakfast (Chapattis that we had packed). 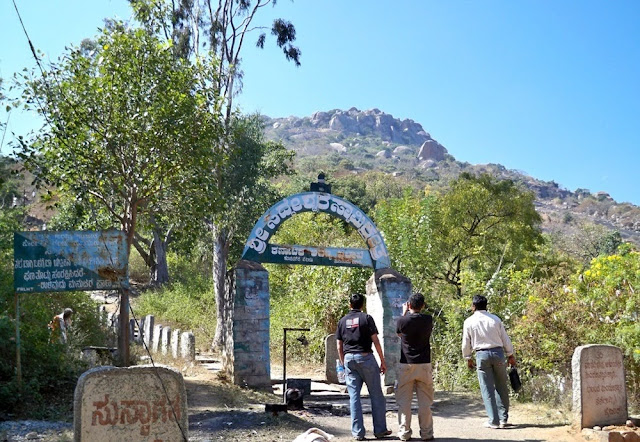 The initial climb is steep but is only about an hour’s hike even with lots of break. In that hour we were attacked by Monkeys which snatched the plastic cover containing a coconut and flowers we carried for the deity. Seeing no use of them it returned it back to us; Monkey philosophy from the movie “silent flute” was explained to us by one of the friends. 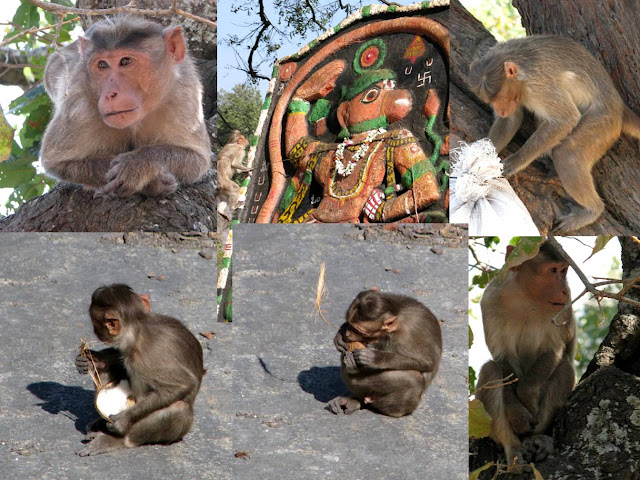 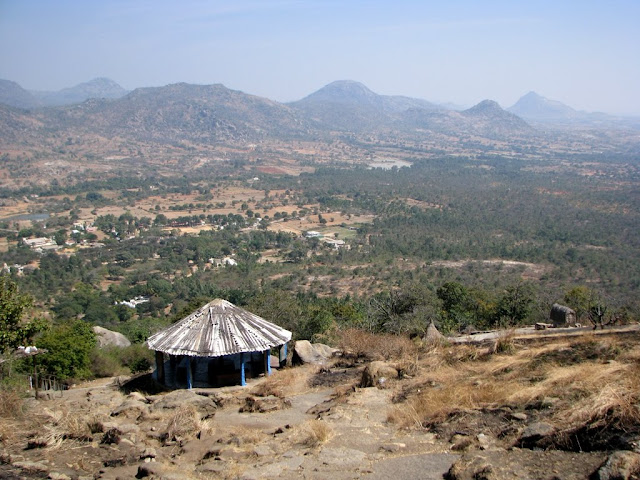 At peak we entered the Shiva temple which has a natural spring and taking a bath in the holy water is considered very auspicious but we settled in for sprinkling of water on our heads. After a brief pooja, we were guided into the cave around the temple. Some 20 girls from a neighboring college were ahead of us, crying, screaming and fearing to enter the cave; struggling at every step of the not so easy cave journey. We had stand or sit in weird positions waiting for the girls to finish fearing, screaming and commenting before they cleared our way. Sidderabetta is called so because many Swamy’s have performed penance here, in fact one Swamy lives within the caves but unfortunately had gone for a stroll in the jungles at that time. 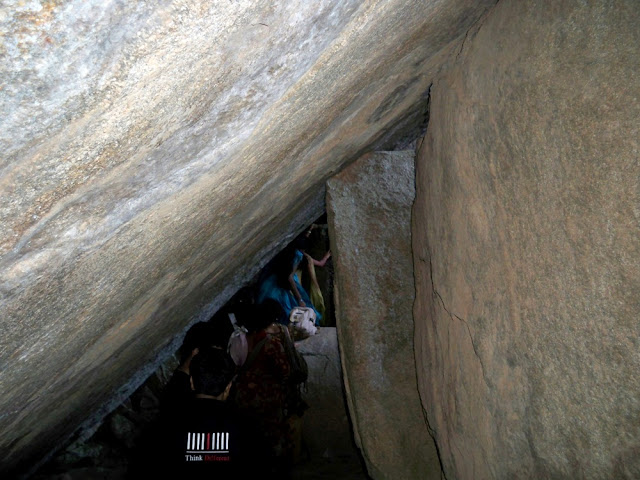 The guide said that the place was filled with many cave routes such as this, he also asked us to meditate for a while in silence and the girls giggled and laughed; he said on every full moon and new moon day one could here “Om Namah Shivaya” similar to as played on sitar but he mentioned that of course there must be silence (referring to the noise the girls created)

The entire trek in the caves was exciting, and no the route isn’t easy. I liked the caves because they are formed due to many rocks overlapping one over the other with tree roots and sun light seeping in. The fact that the cave was not entirely dark made it enjoyable too and of course the girls, who kept commenting and joking, kept the environment lively.

We had delicious Pakodas outside the temple and then hiked to the peak. The route to the peak is interesting and nice and at the summit are a shiva temple and some good views. We returned to base and at midway had two glasses of buttermilk and delicious cucumber masala. We drove to a nearby park to have lunch; Pulivogre cooked at one of the friend’s home and curds packed from a nearby hotel. 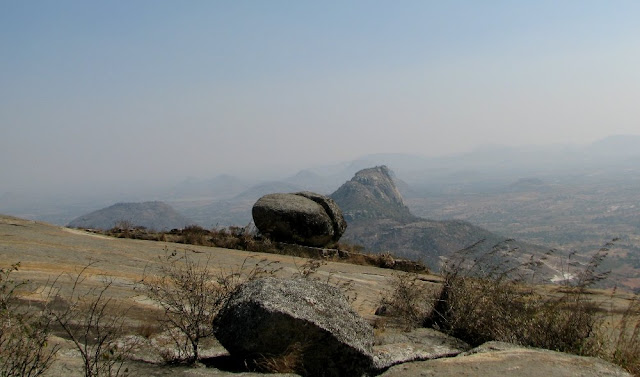 On the way back we stopped at a farm and requested the farmers to pluck some tender coconuts for us. They were too kind and plucked about 13 and I enjoyed 4 very sweet tender coconuts in a row. 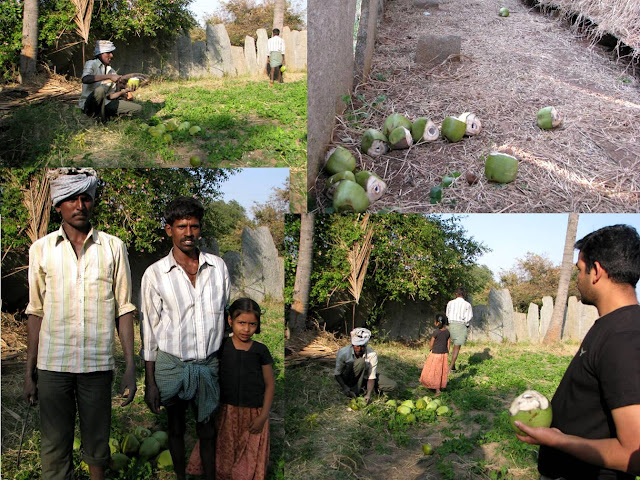 We also visited Maha Lakshmi temple at Gorawanahalli before returning to Bangalore.

On NICE road, One KM before the toll gate, the petrol got over and we had to push the car, collect petrol from a nearby petrol bunk and return back.

All in all a great experience – a trek with a difference; with a cave on top which enhanced the hike further rather than just a climb.
on February 10, 2010 17 comments: