March 9th 2008 Sunday
When my friend called me previous day to invite me on a trek to Skanda Giri, as usual I had no other answer but a “yes”. A hectic fortnight had even kept me away from the blogs. Several emotions and thoughts slipped away unrecorded and I recall the sayings of VW – Nothing has ever happened, unless it is recorded. So true it is!

The preparations for the tour were minimal. My friend M had gathered some information on how to get there. I spoke another friend of mine to collect a phone number of a guide who he said could easily show us the directions to the summit; Manohara, alias Manu is his name.

We left Bangalore at 1:00 AM. Our team comprised of 5 members. We set off on three bikes. On the way we met many other people on the same plan as we, hence it was not difficult to find the place. If one wants to get to the Skanda Giri base, one needs to take a left turn on Vishwesharaya road at Chickaballapura, towards Muddena halli (Vishwesharaya’s birth place).

We saw several bikes and few cars already parked there and of course Manu. Manu is a high school student and on weekends he guides tourists to the Skanda Giri Peak which suddenly out of nowhere has become a “must go spot” for Bangaloreans.

After registering at the forest department office, we started our hike up the hill at about 4:00 AM. The trial looked pretty obvious to me and we had already begun wondering if we did need a guide at all. Thankfully we had enough torches to show us some light on a moonless night. There were all kinds of people, Few shouted, few screamed, few joked, some tired, some enthusiastic, some drunk and some acted drunk. Even though it is a 5km hike, some parts of the trial can be really steep and tiring for non trekkers.

A small hill next to Skanda was burning; Manu said that some tourists had left a cigeratte lit which has now turned into a raging fire. After a continuous hike, with minimal breaks, we reached the summit at about 5:45 AM. A huge crowd was already there and more arrived soon. 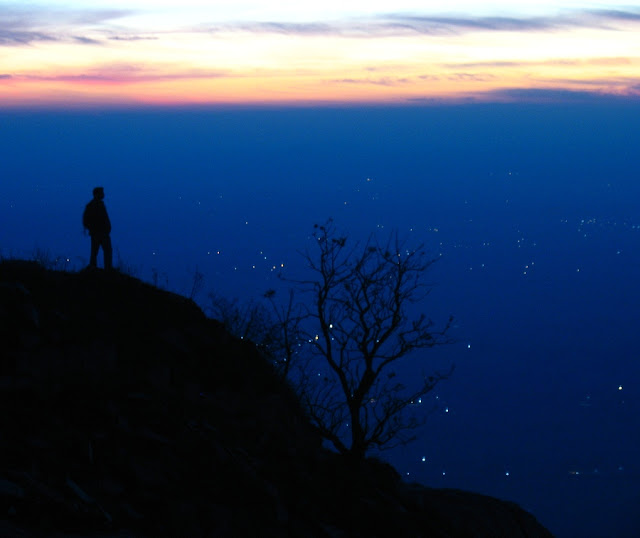 There is a small temple at the peak but the tourists had already occupied every bit of. Few chatted; few slept.

As the sunrays displayed the vibrant colors it was a spectacular view. Even though it was not anything close to what I was expecting, the experience of watching the sunrise from a hill top was itself exhilarating. 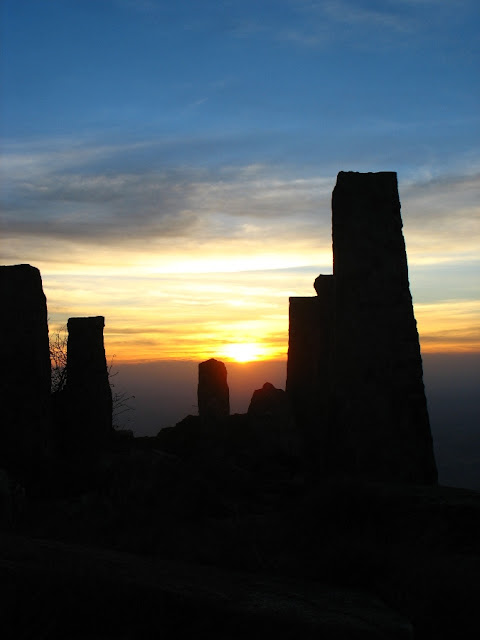 Well, if you type “Skanda Giri” on Google and view the images, you would see spectacular views of the hill surrounded by lumps of cloud all below. Well this would happen only in December and in mid march the sky is as clear as a glass.

But nevertheless, the view from the hill top is always amazing. I took a walk around the summit and absorbed a bit of the environment. Few people cursed theirs friends for disappointing them.

After spending about an hour at the peak, we walked down. On the way back, I got to know one of my team member better; he is from Bellary and lives on top of similar hill. He shared his stories from childhood and his stay in Mangalore; the frequency of buses to his village, even now, he says is minimum compared to other places. While talking to him, I added few more places in my list of – “To go”. 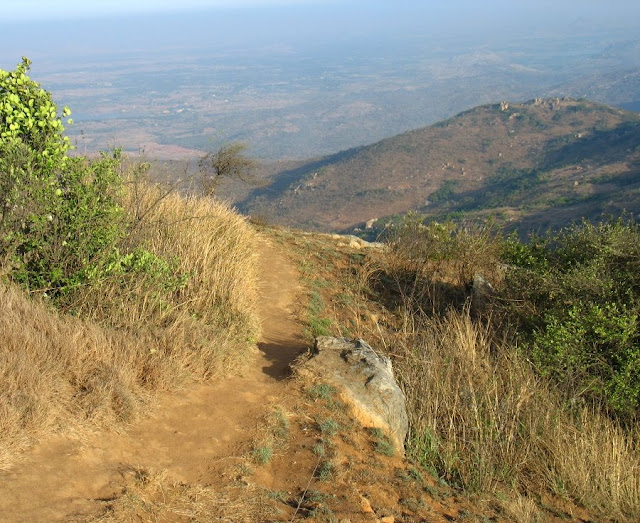 At the foothills of Skanda Giri, is a Matt and an ashram, which seemed like a Gurukul, with kids learning veda. The early morning chants filled the atmosphere with a serene touch. The matt was closed, few old ladies who I believe are care takers, requested me to stay back until the priest arrived.

I also had a small conversation with the tender coconut seller, who told me that it’s only since a year that this place has gained such attention. He gave me directions to Muddenhalli too. One of the aspect of traveling, that I enjoy most is to interact with localities; by doing so, one gets an insight into a totally different world that exists beside us, but we tend to neglect. 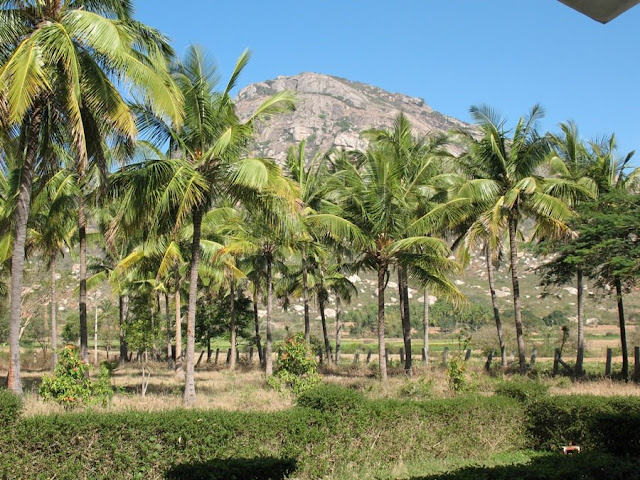 A group came to me and asked the route to the summit. I explained to them, that there were clear instructions and the trial was very obvious. After they thanked me and left, two village boys came to me and asked what I had spoken to them? When explained they sadly asked me not to have done so. I later figured out that they were guides and had lost this group due to the greed for more money. At that moment, I felt as though I had witnessed both sides of the mirror.

We then stopped at Mudenhalli, birth place of Vishwesharaya, on memory of whom we celebrate Engineers day. It is a very sweet village. We stopped at his house where his relatives still live. The man there told us that the museum would open only after an hour as the watchman had not yet arrived. 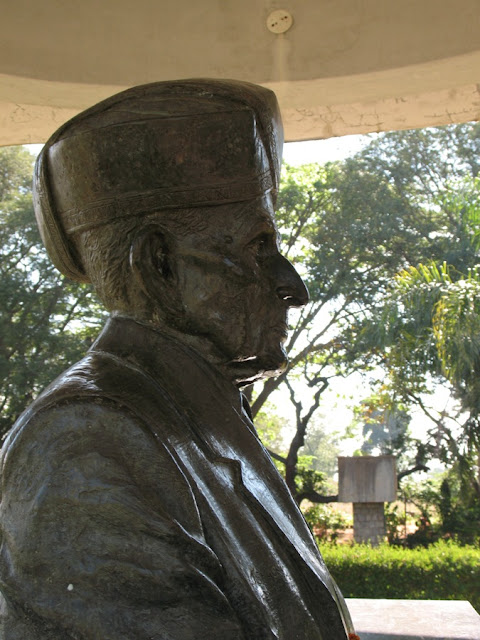 We walked to the garden and the memorial and then rode back to Bangalore. Unplanned trips always bring the most memorable moments, as you begin to cherish every moment spent without any prior expectations. This makes me wonder why our usual days are so predictable even if they come as clean sheet of paper. So is it possible for us to experience every day with similar excitement as an adventure? May be.
on March 19, 2008 15 comments: