When I told Stefan that I am planning to visit HK, the first thing we discussed was to trek the famous Dragon’s back trail which he and Yulia had meant to do. An invitation such as that can get me easily excited. So I was looking forward of this. I met Stefan at Sham Shui Po MTR station at around 10:30AM and we took the bus 102 to Shau Kei Wan bus terminus. As we reached Admiralty stop I saw several groups of women sitting over a mat or a cardboard under flyovers, in parks and footpaths. I had noticed a few on the day of Christmas as well but on this Sunday morning there were plenty of women all around in small groups chit chatting, eating and drinking tea in public areas. Stefan informed me that they were mostly immigrants from Philippines or Indonesia who work as maids in the city. So as they live in the houses where they work, they do not have a place to meet their friends. So one Sundays and public holiday, they meet up at such public areas and spend a day eating and drinking with their friends. This started as small gatherings and now has becomes part of a culture. It is very interesting to notice that once you know the reality behind something, the way you look at it changes drastically. It looks less weird and you relate to it in some manner more human. 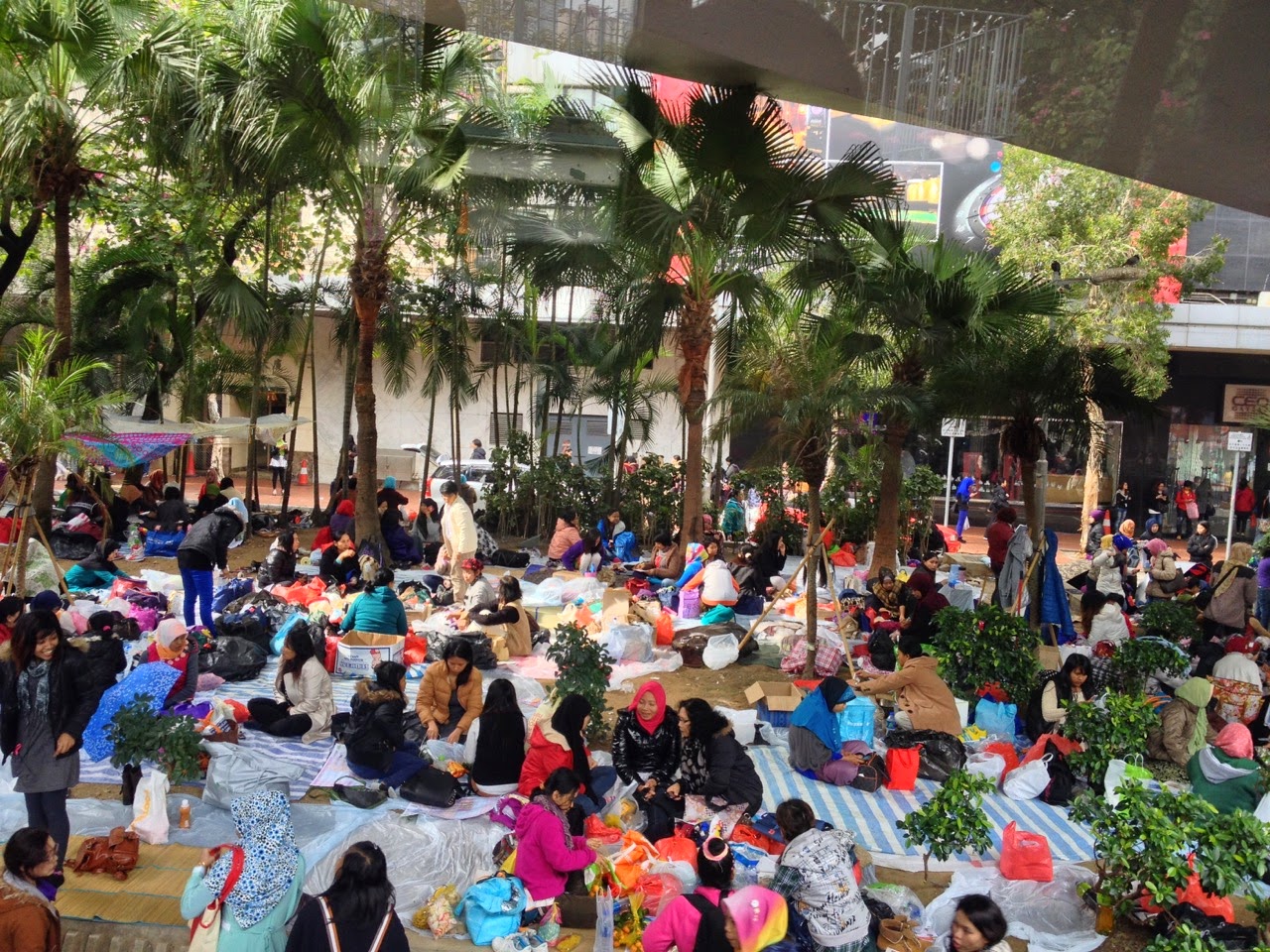 At Shau Kei Wan, I bought a Sunday newspaper for HK$10, a rather expensive newspaper (Sunday Morning Post). I always like to read some local writings where i travel to see the content and quality of they writing. Newspapers are always the easiest way to know that. From Shau Kei we took route #9 that actually goes till the end of Dragons Back trail (Big Wave Bay Beach) But the starting point of the trek is at To Tei Wan. This is the last section (Section 8) of the Hong Kong Trail that runs 50 Kms starting from the Victoria peak and ending at the big wave bay beach. It is about 7kms long and per records is meant to take 6 hours. 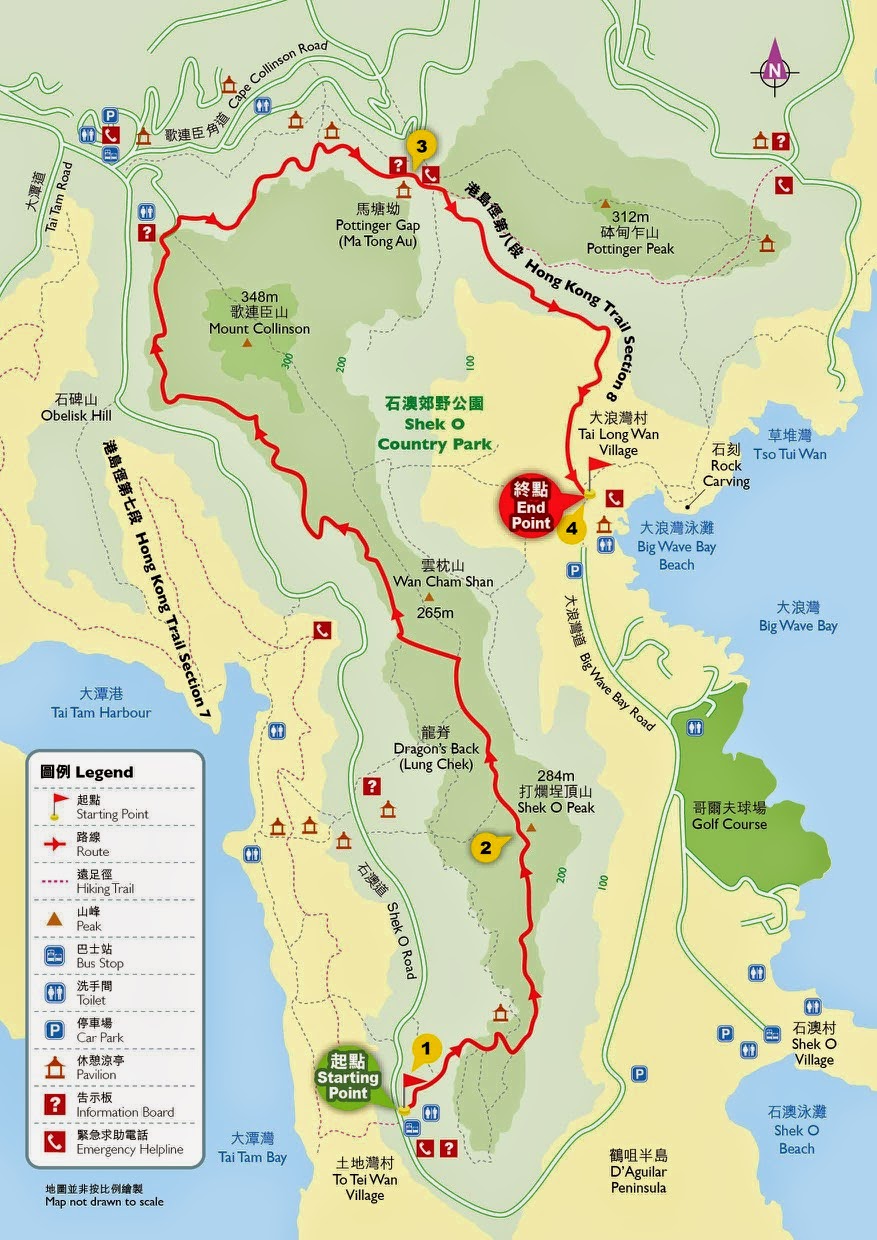 You could also start the trek two from a point that two stops before To Tei Wan but then its extremely steep. We started our trek at around 11:30 AM.

This was more like a trek. It had steps for a distance and then the steps gave way to unpaved trail uphill. The climb is not that steep. On our way we crossed a lot of westerners and asians. What interested me is the diversity in ethnicity of this crowd here. I heard both American and British English accent, I heard French and of course other south asian languages which I thought were all Cantonese due to my lack of knowledge to distinguish between them. It is perhaps easy to tell who are from China, as they play loud music on their cellphone speakers while they trek. Stefan tells me that it is common in China. You shall pass through the highest point on this trail to the Shek O Peak which stands at 284m. The view of the Shek O beach and village is spectacular from here. 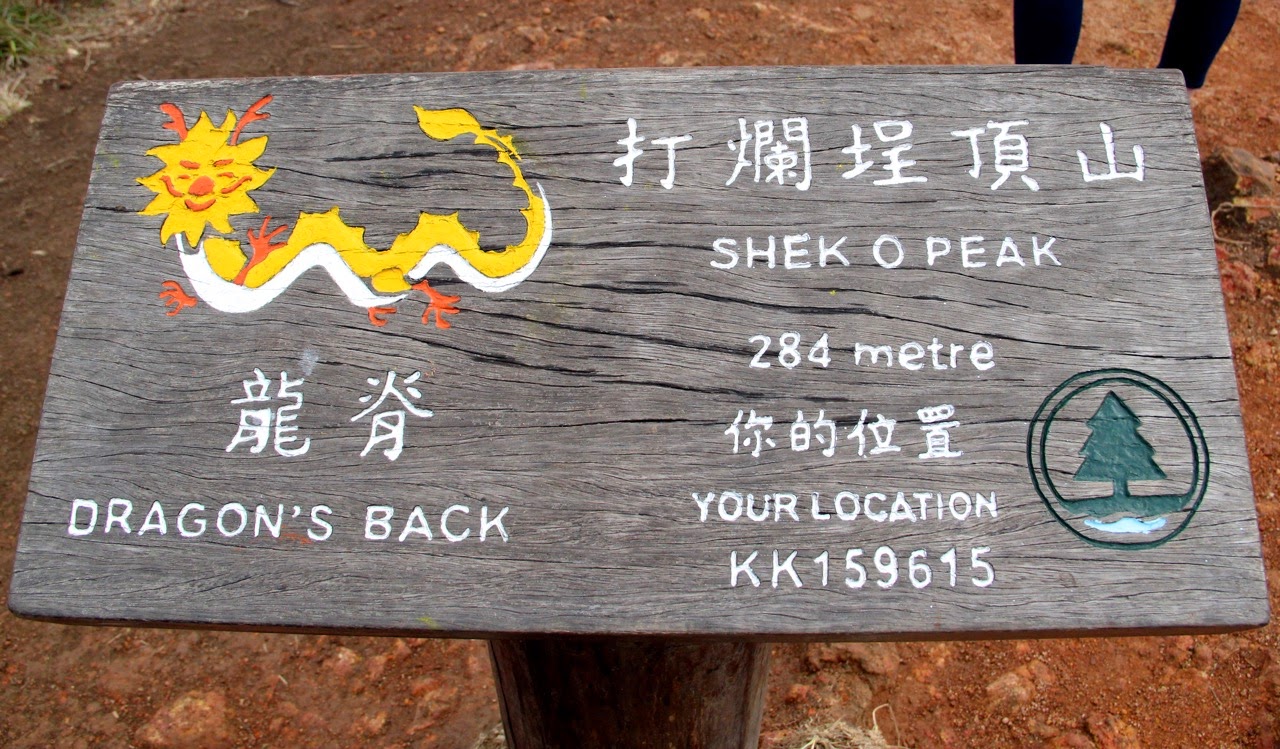 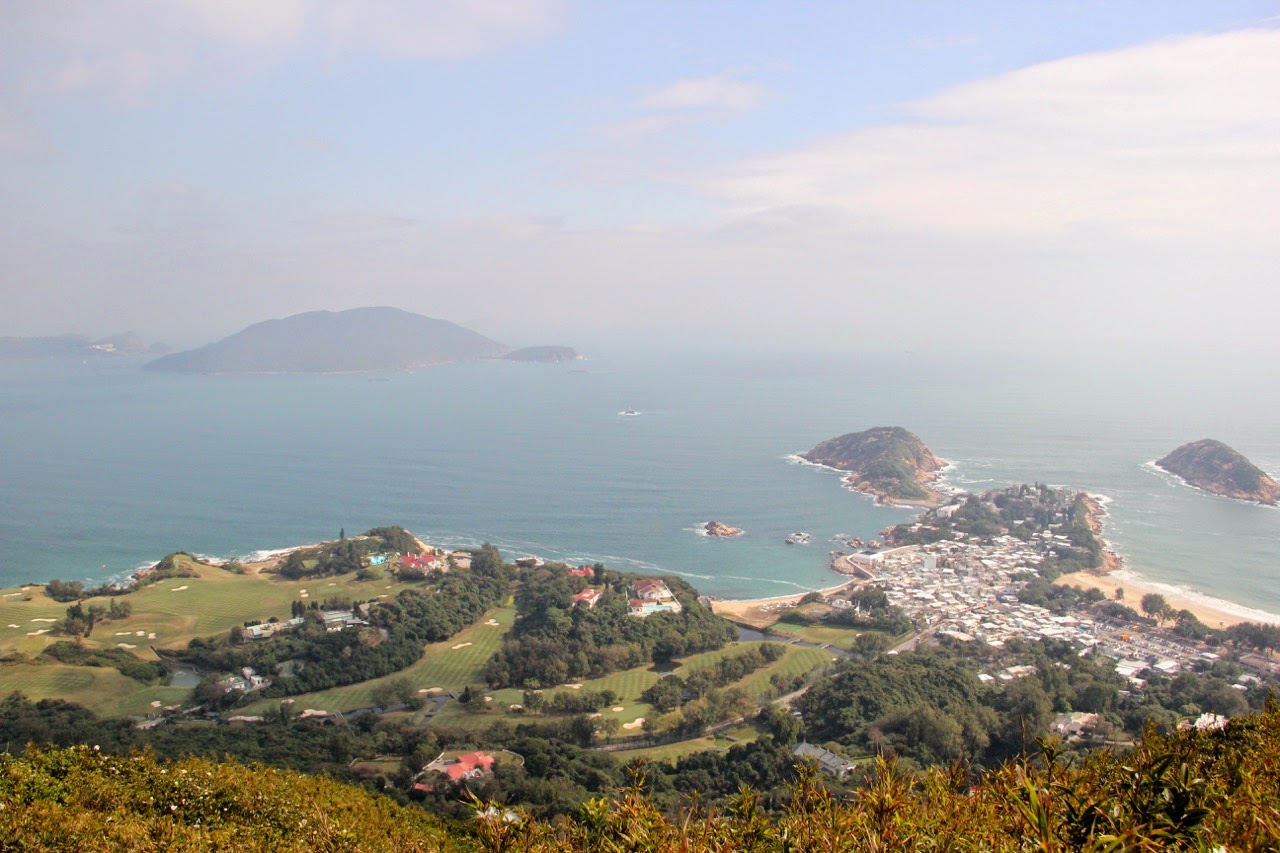 At one of the view points up this trail, the para gliders take off. However, on this day, there were none. 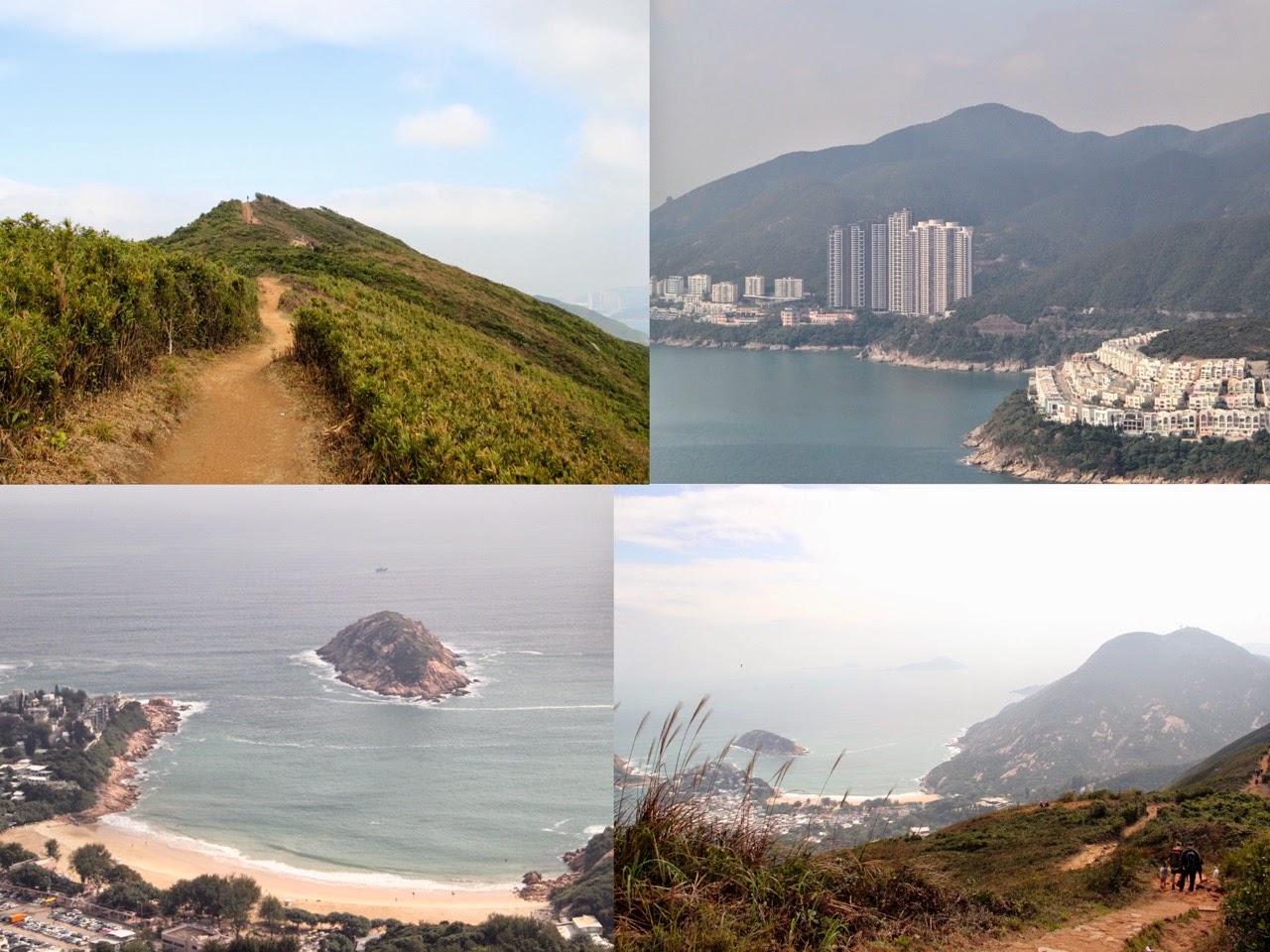 Stefan and I completed this trek meant to be for 6 hours in just 2.5 hours. I think it was partly because of overestimation and partly because of our speed. We were engaged in an interesting discussion about cultural difference around the world - In China, Hong Kong India and Romania. So we hardly felt the need to stop of slow down.

When we reached the Big Wave bay beach, it was filled with lot of activities. Lots of surfers were int he water waiting for the waves. Few of the visitors sat int he beach side restaurants and others walked by the beach. It was interesting to notice that the while the south asians took shelter under an umbrella to avoid direct sun, the westerners wanted to get tanned. Again, a matter of preferences that vary so differently around the world. 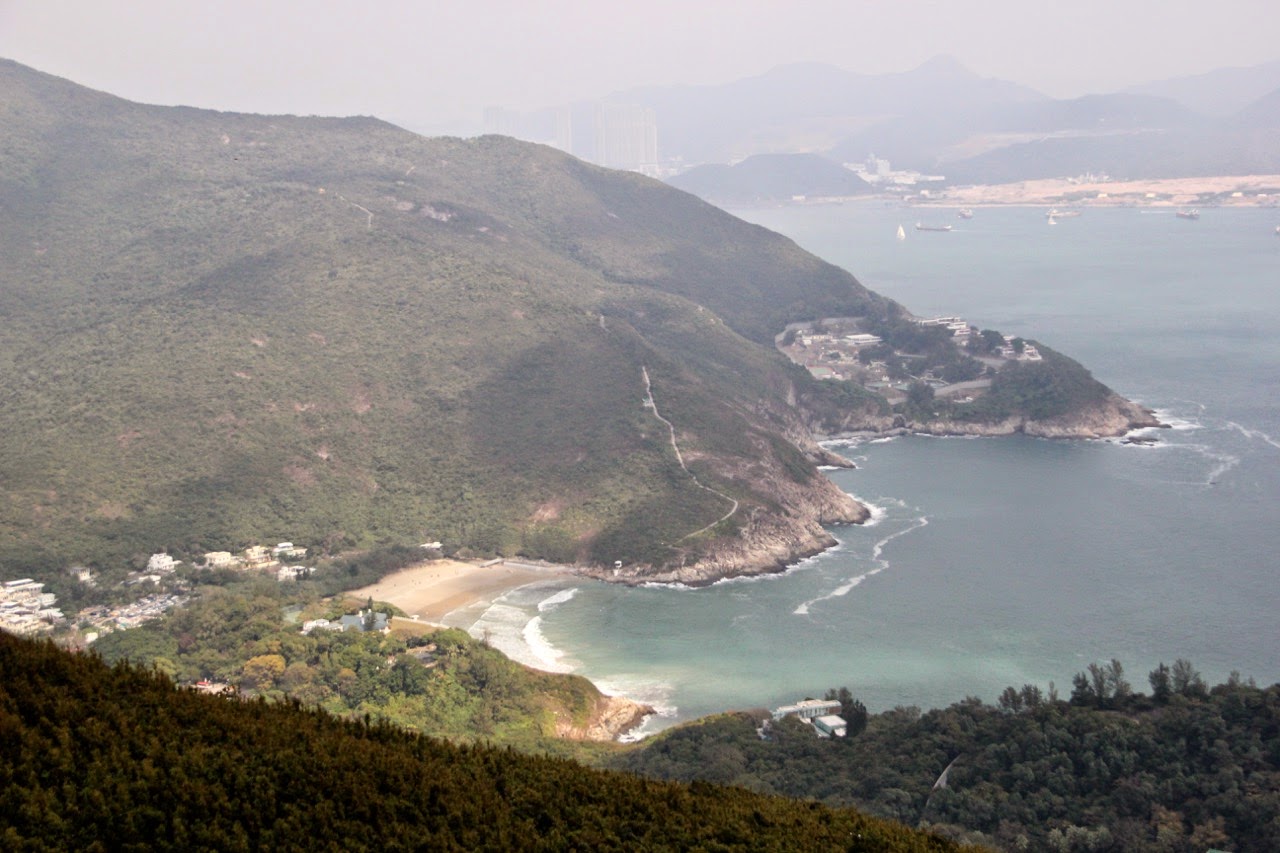 I must say that this is one of the best beaches I have been to in HK thus far. There was a descent crowd on a Sunday to not affect the serenity of this secluded beach that hides between the hills. There are handful of good and clean restaurants by the beach. And its always fun to watch the surfers as they hit the waves. 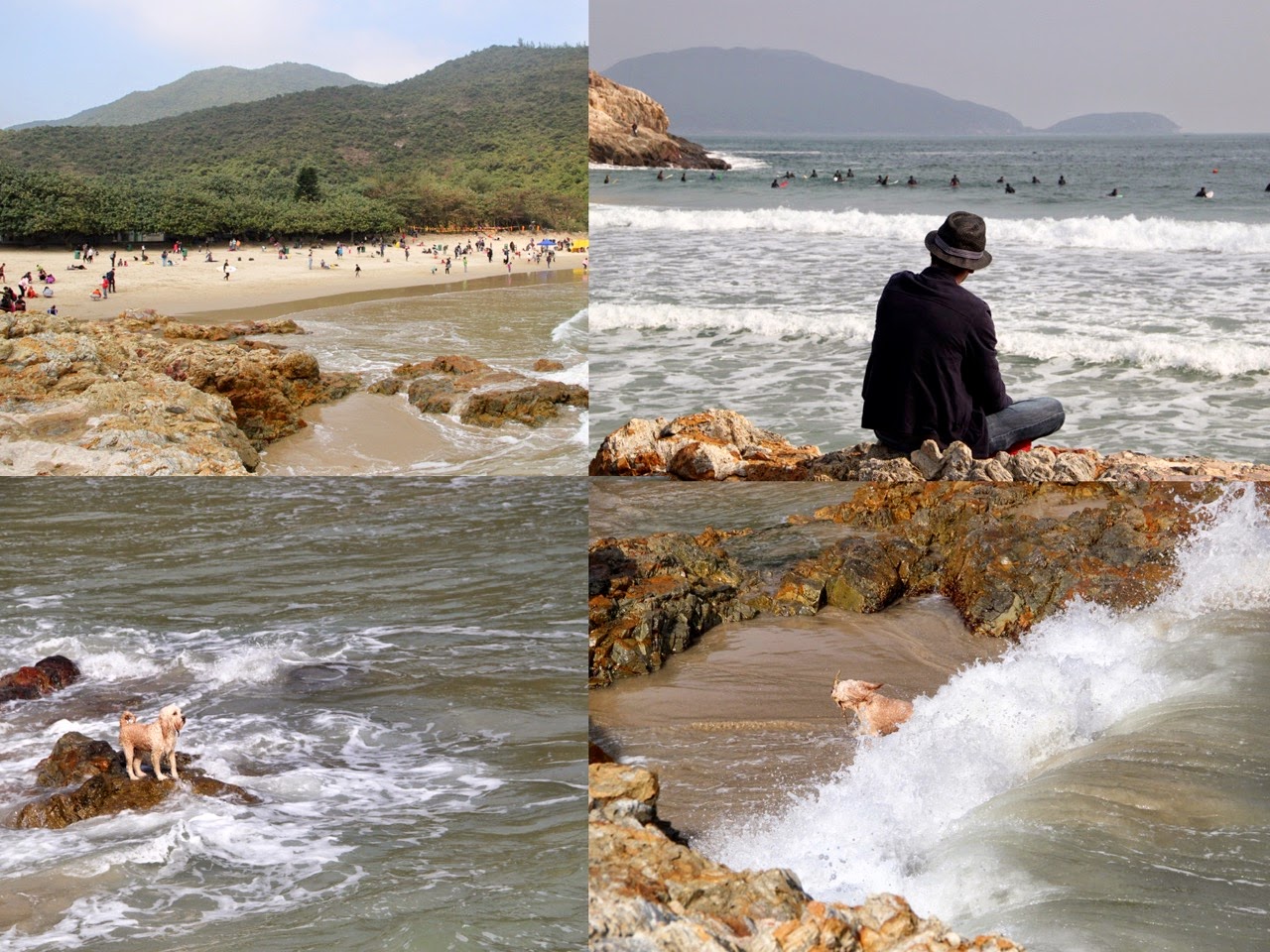 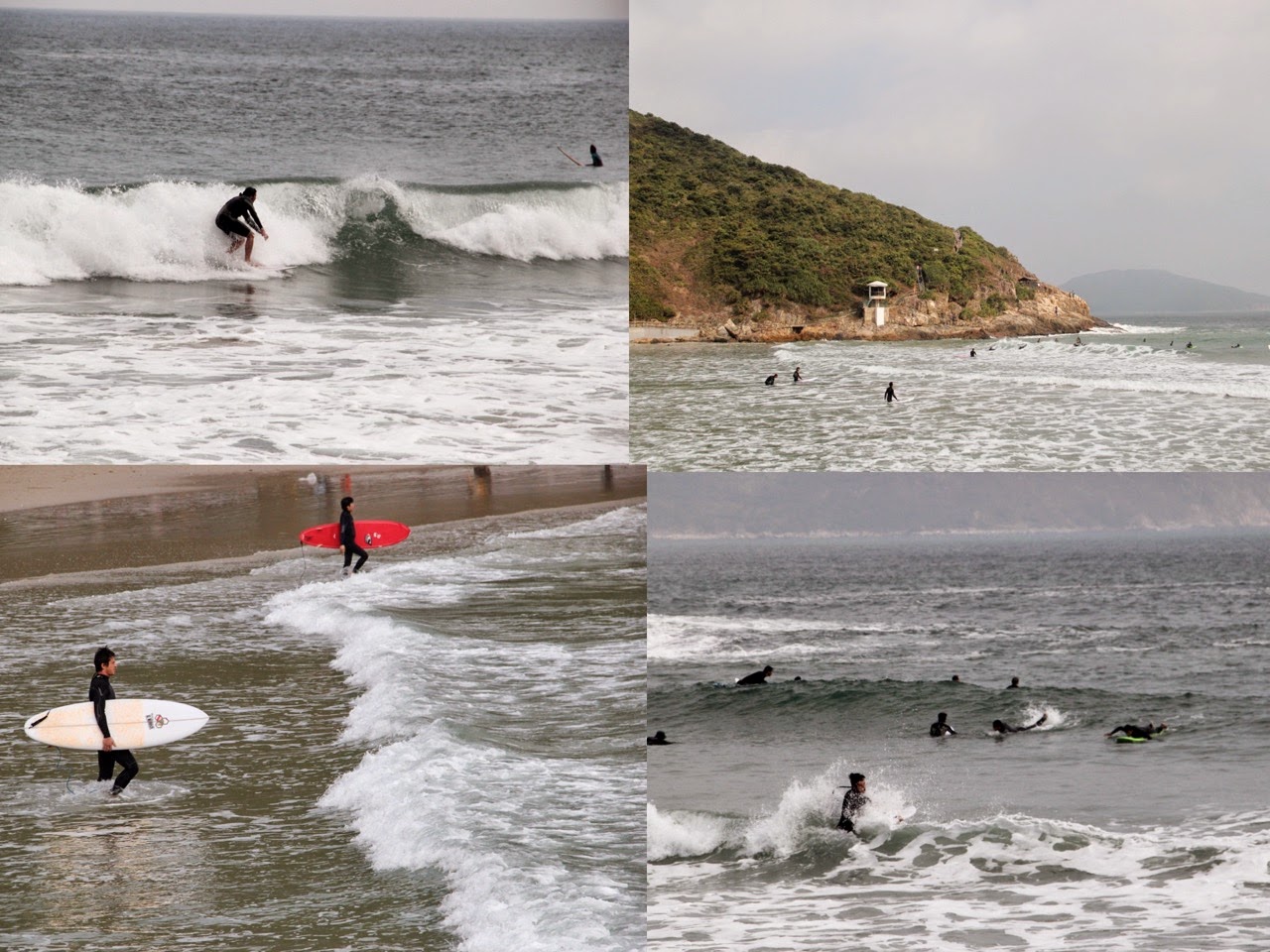 Just up the road from he beach to the village, we found a Thai food restaurant. I got some fried rice for myself minus meat. The food was delicious. We walked up the same street and go to the bus stop where a mini bus was waiting to take us to Shau Kei Wan. You can wait for the route #9 here which is half the price or if you are in a hurry catch a green minibus. From Shau Kei Wan, we took another bus to Mong Kok.

The streets of Mong Kok are filled with shops which sells electronic gadgets. Stefan tells me that there are some tall buildings such as these that on some higher floors have a nice lobby from where you can get a nice and free view of the city. So we decided to try going up one of the malls and tried floor 60. It would not go so we tried floor 40. it did. Up there unfortunately we only found the Samsung service centre. When approached by a representative we Stefan told him that we were actually looking for a samsung store. He gave us a map to the nearby store and we had to head back. But that was fun!

We finally googled for a stationary shop. I forgot the name, but they had really good collection of art accessories. When they told me that they accept card, i was all happy and got some really interesting art materials that is hardly available in India. We next walked to the Temple street night market. Its one place you should go. They sell almost anything there. Most of the products are bought from China and sold across the border for some extra money. You have to bargain here and may have to start from half the prize or sometimes even lower. It was a very interesting place to be in however, I am feel uncomfortable purchasing in such places where I have to bargain to half the prize mentioned. To me it questions not only the quality of the product but also the honesty of the shopkeeper.

I bid farewell to Stefan and hoped that we shall meet again, maybe in some other part of the world. 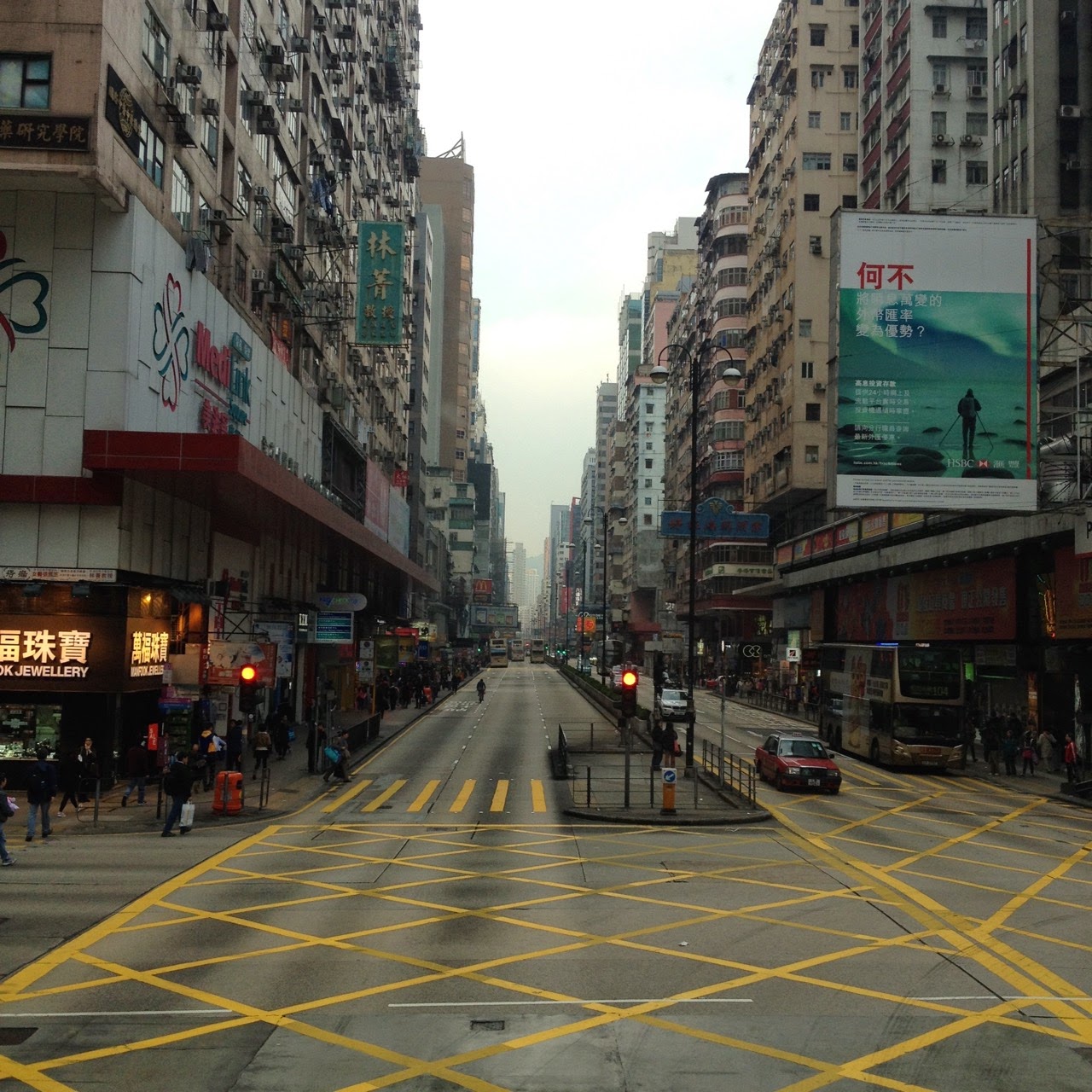