on January 31, 2018
Our first trek for the day to Gudibande fort had filled us with energy and enthusiasm. We took some interior unpaved roads suggested by Google maps to our next destination - Lakshmi Adinarayana swami temple, Yellodu. The road passed through vineyards and was an interesting drive. 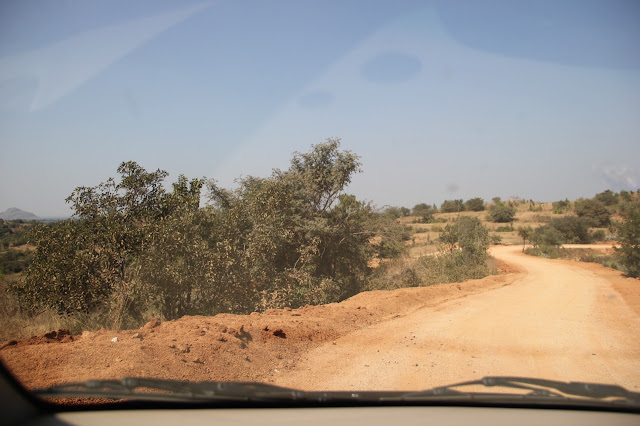 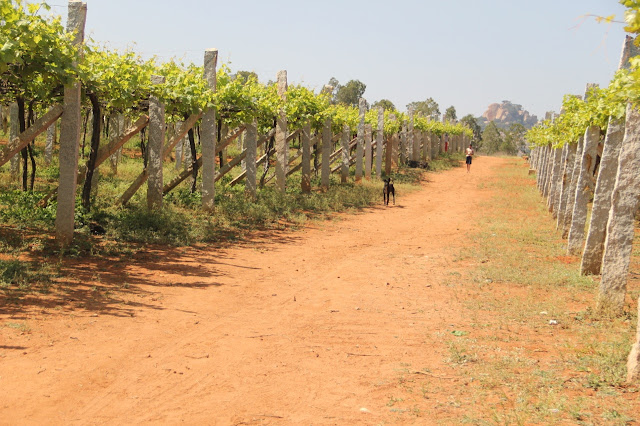 At the base of the hill, we met a police constable who was kind enough to give us some extra details. He told us that at the summit, we should walk towards the far right, behind the Lakshmi Adinarayana Swami temple to get some good views. He also suggested that we try the hill opposite to the one we were climbing. It is believed to have housed the original temple in the ancient days. He also told us that if it he would have been free, he would have joined us too to trek that hill. We were surprised by the kindness people were showing us. 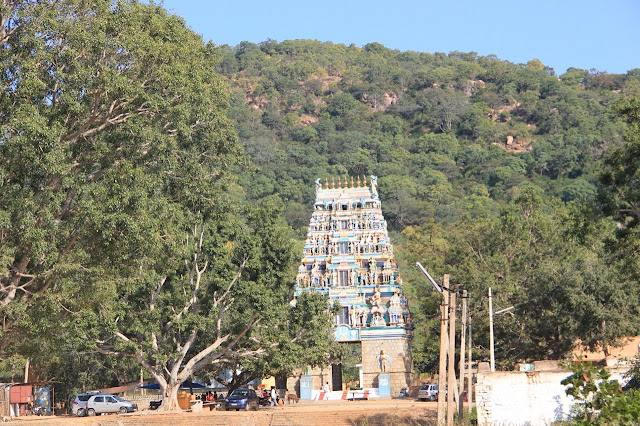 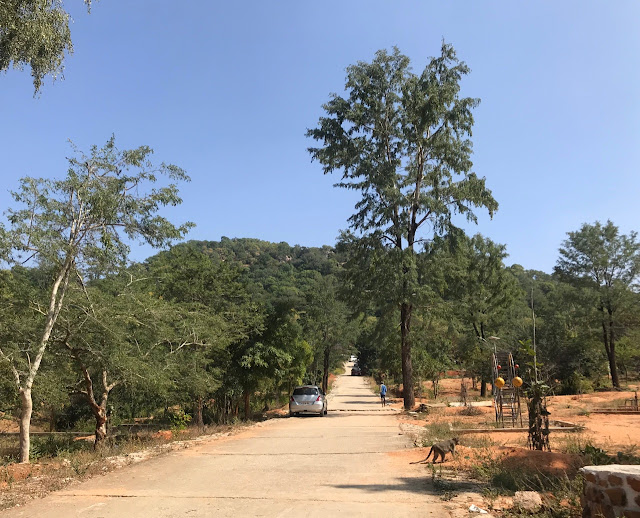 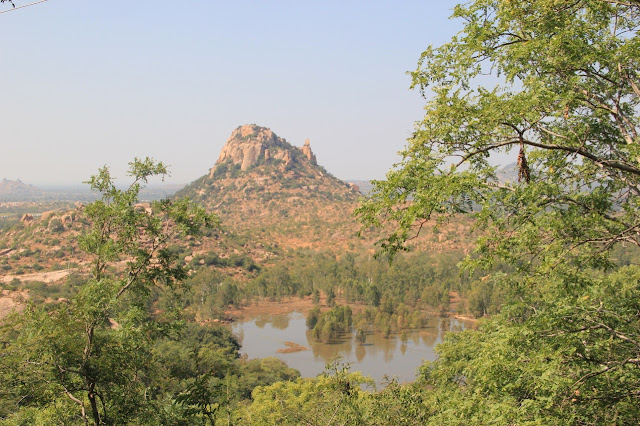 Lakshmi Adinarayana Swamy temple is very popular among locals. A flight of stairs built up to the temple makes the climb convenient for the devotees. It is disappointing though to see a lot of beggars here. There was at least one beggar at every four steps. It appeared as though every old man or woman from the neighbouring villages had come here to earn some extra money. Many devotees religiously paid each one of them. 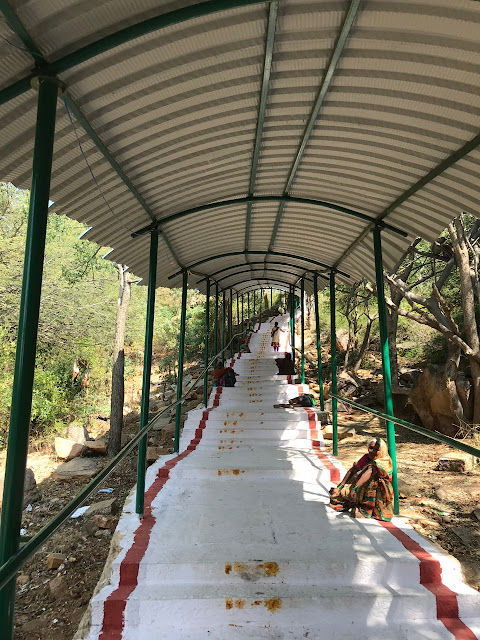 At the summit, we first went to the location suggested by the constable. The views as he had mentioned are impressive. 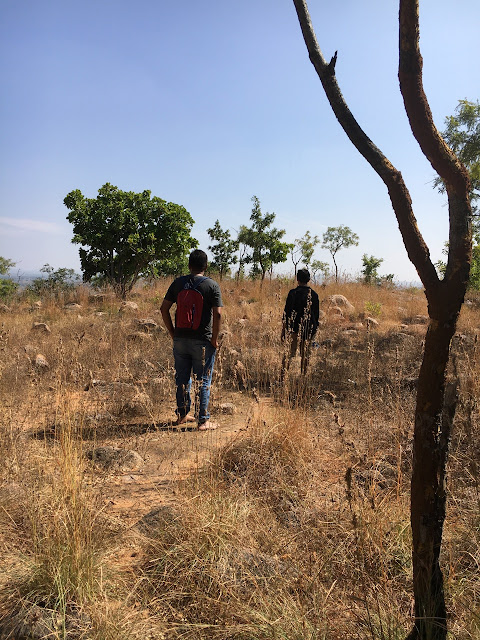 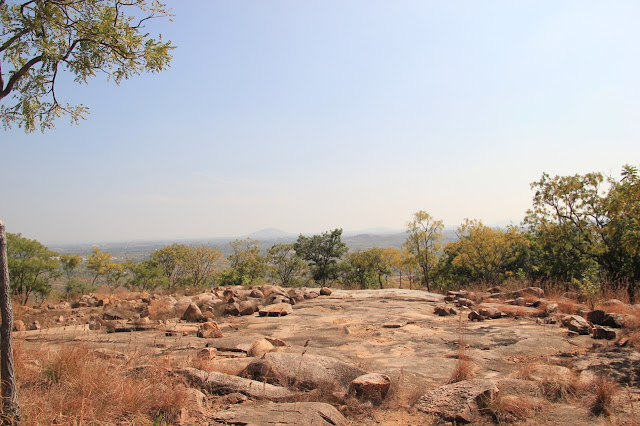 We spent some time at the cave temple of Sri Lakshmi Adinarayana Swamy and had some general conversations with a few locals before returning back. 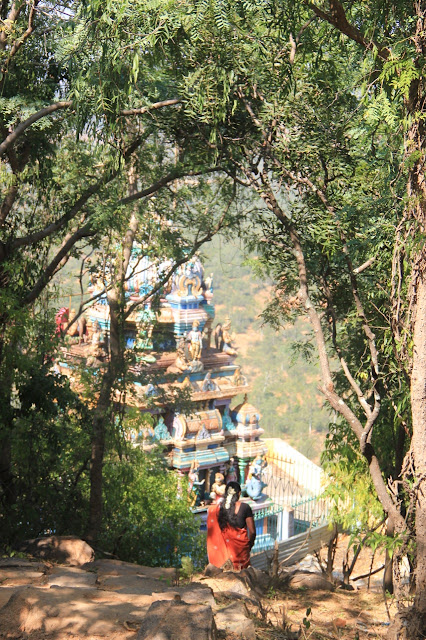 At the base of the hill, we met the constable again who suggested that we have the free lunch offered at the Bhojanashala. Every Sunday, free meal donated by the devotees is served there. The food was really delicious. There was a variety of dishes served. The constable and his friend joined us for food. I realised the joy in sharing food and how temples promote this mindset in people. Even in Mangalore (My Hometown) this is common in famous temples. 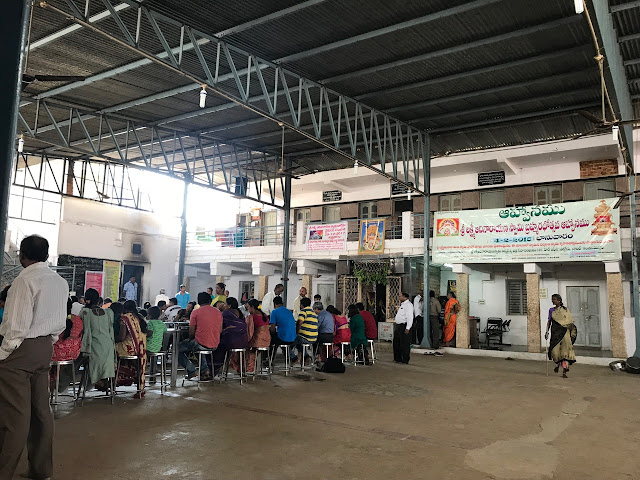 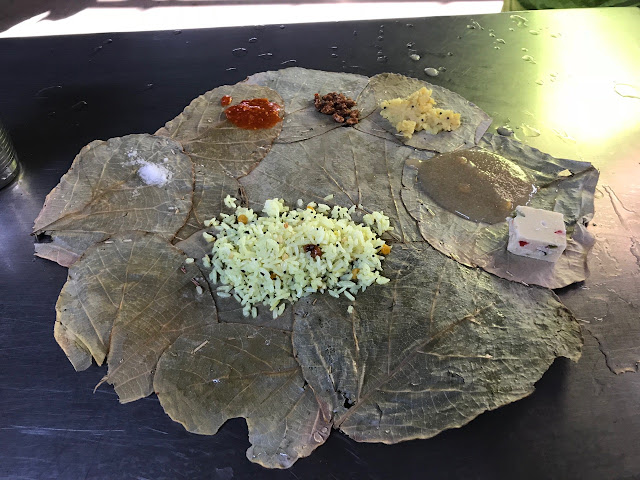 After that satisfying experience, we decided to head towards our last trek for the day. It was already 3:30 PM. Sri Lakshmi Adinarayana Swami Temple proved to be an unexpected stop for us and that is what made this journey memorable.