When in HK you have two options to spend a day in an amusement park. Either go to Ocean park or to Disney land. Or do both. I have been to disney land int he US and it has its own charm. Here, its more visual enjoyment as compared to an amusement park. As Preethi enjoyed adventure rides, we decided to head to the Oceans park. 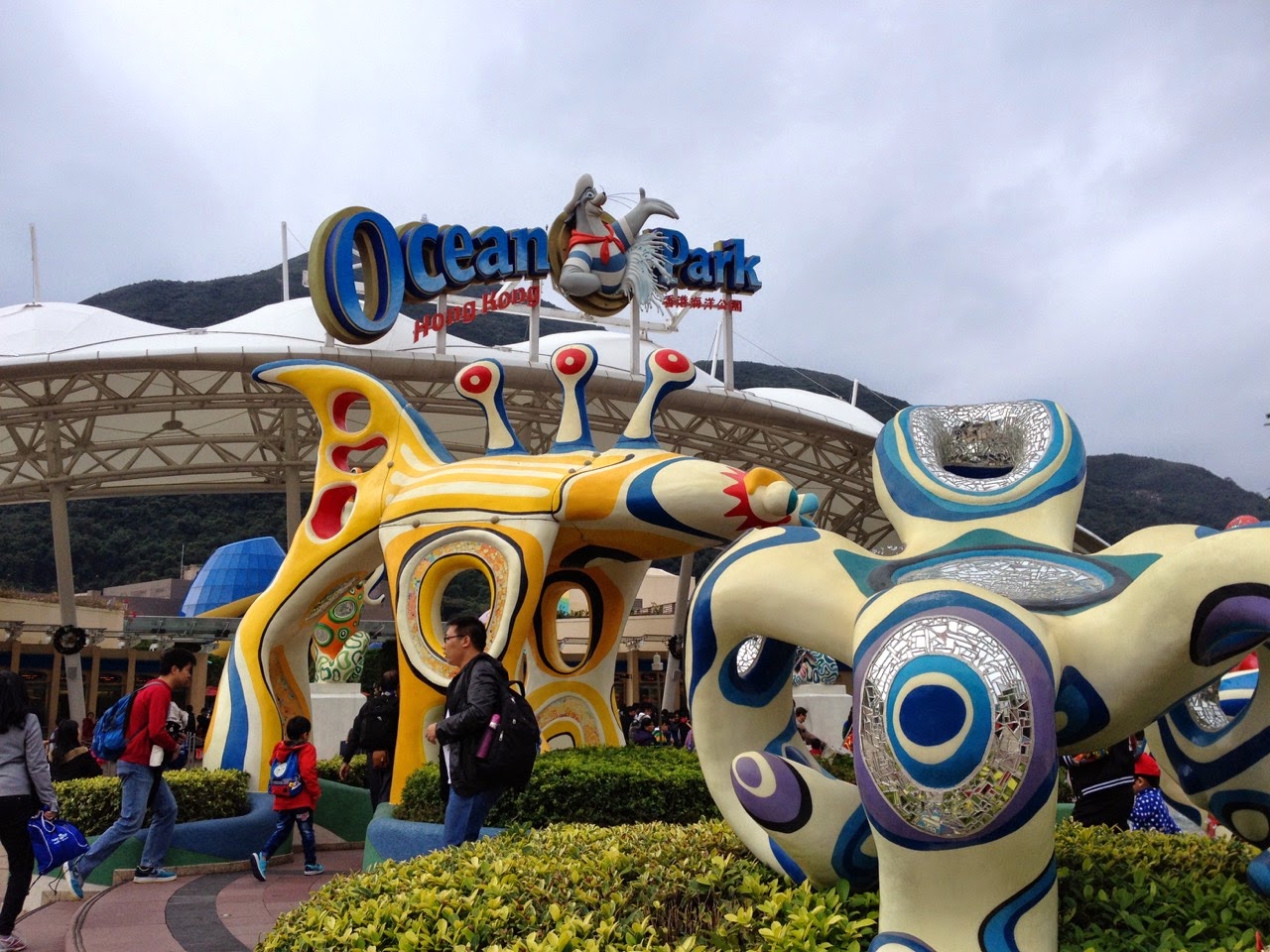 It is open from 10 AM to 8PM. You can buy tickets in 7-Eleven shops or online or at the main entrance of the park. There are direct special buses (629) from Admiralty station. Or you could catch a route # 70 till Aberdeen tunnel shop and then follow the directions to the park. This would work out cheaper than a HK$10 ticket on a 629 bus. Since 629 was not available at the central station so we took route #70.

Well plan an entire day here as there is lots to experience. For someone who enjoys thrill rides this would be paradise. The park is divided in four regions. The base has some aquariums and of course the famous Panda cage. When we saw the Panda, it was busy chewing some bamboo. Panda looked muddy and stupid as it held the bamboo and chewed the leaves. After a while, it got tired and went to take a nap. It was interesting to notice that while it slept it had its arm over its head, like sometimes humans sleep. 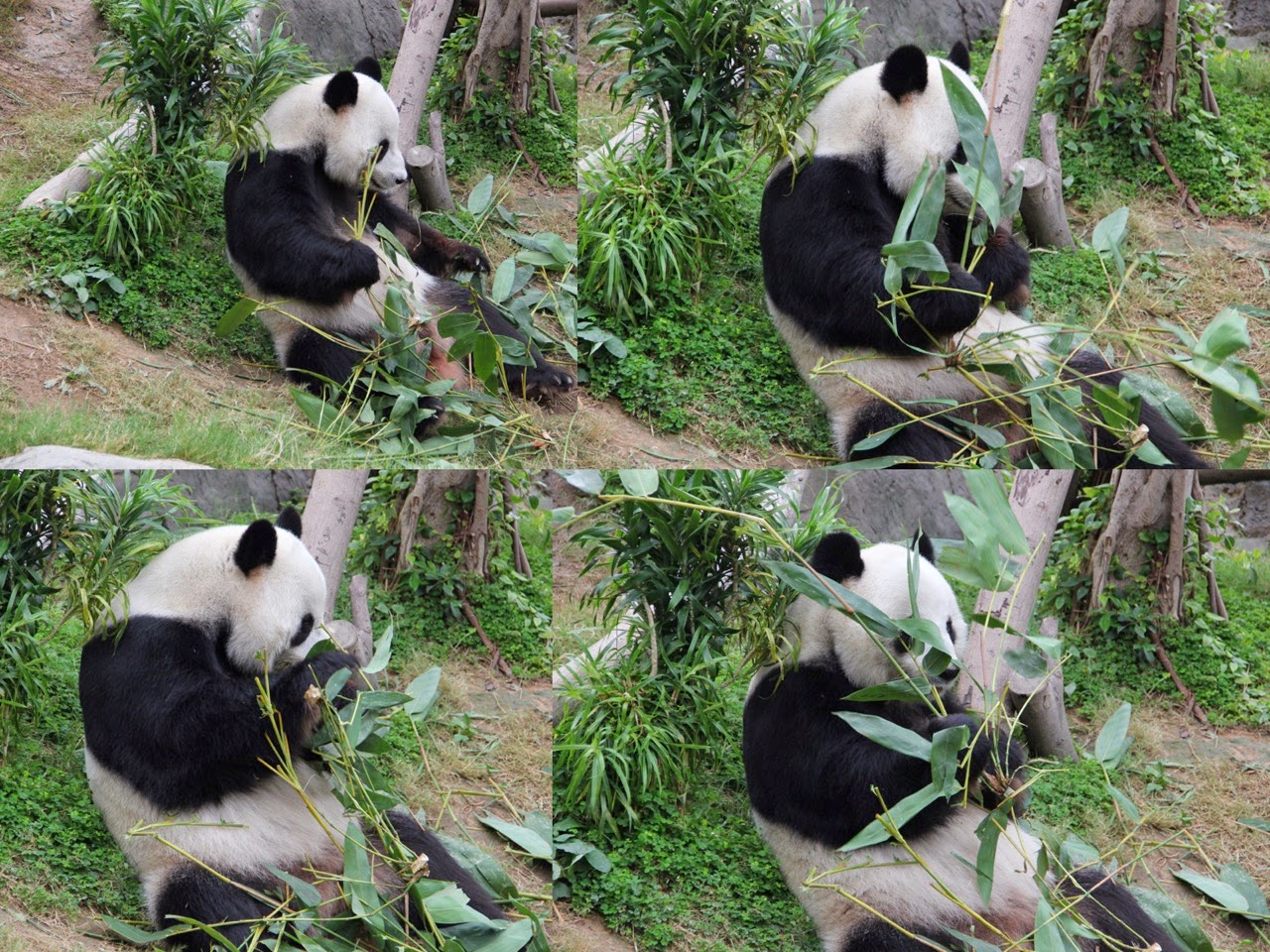 We then took the scary cable car to cross the hills and go to the thrill mountain and adventure rides park. You could either take a cable car or take a tram. believe me the cable car is a little scary as it makes squeaky noise and suddenly stops at some places. Tram is much faster way. 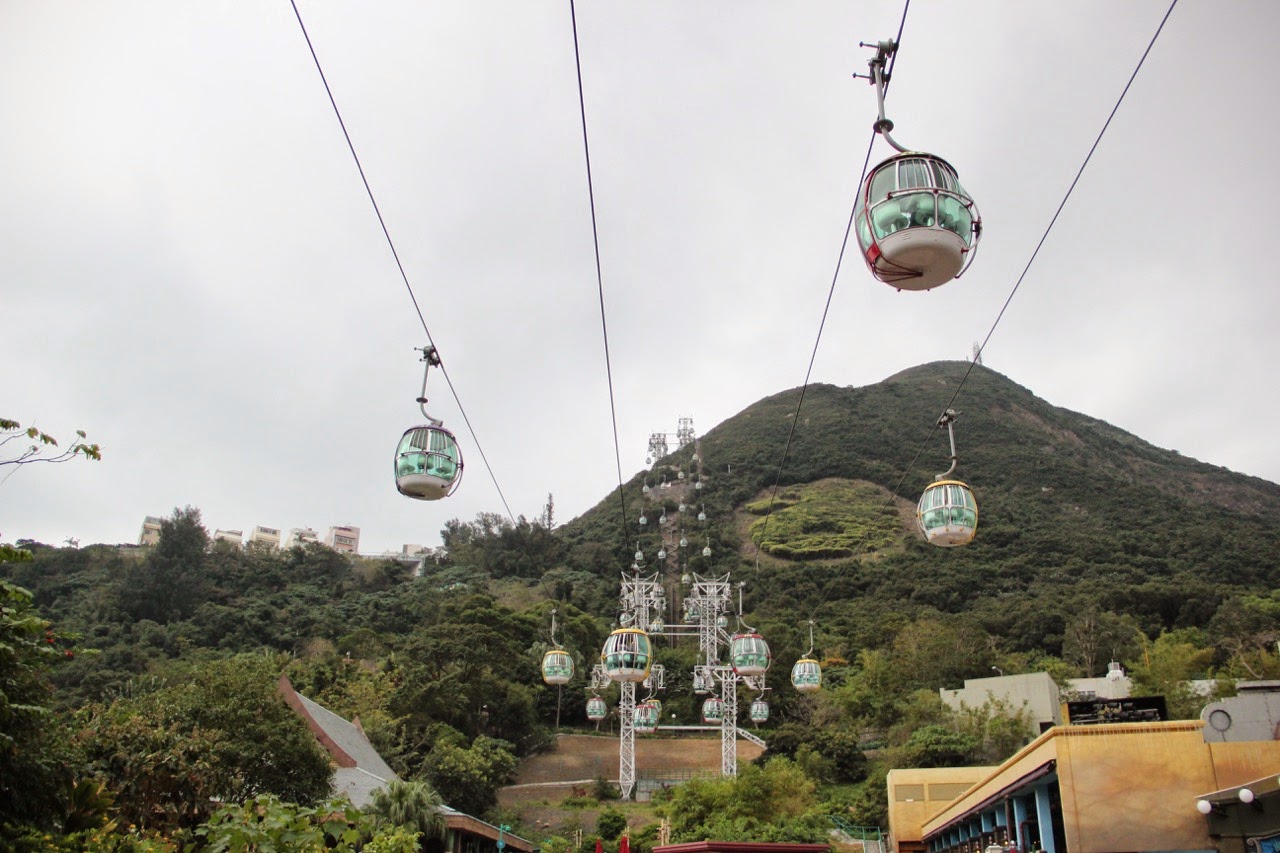 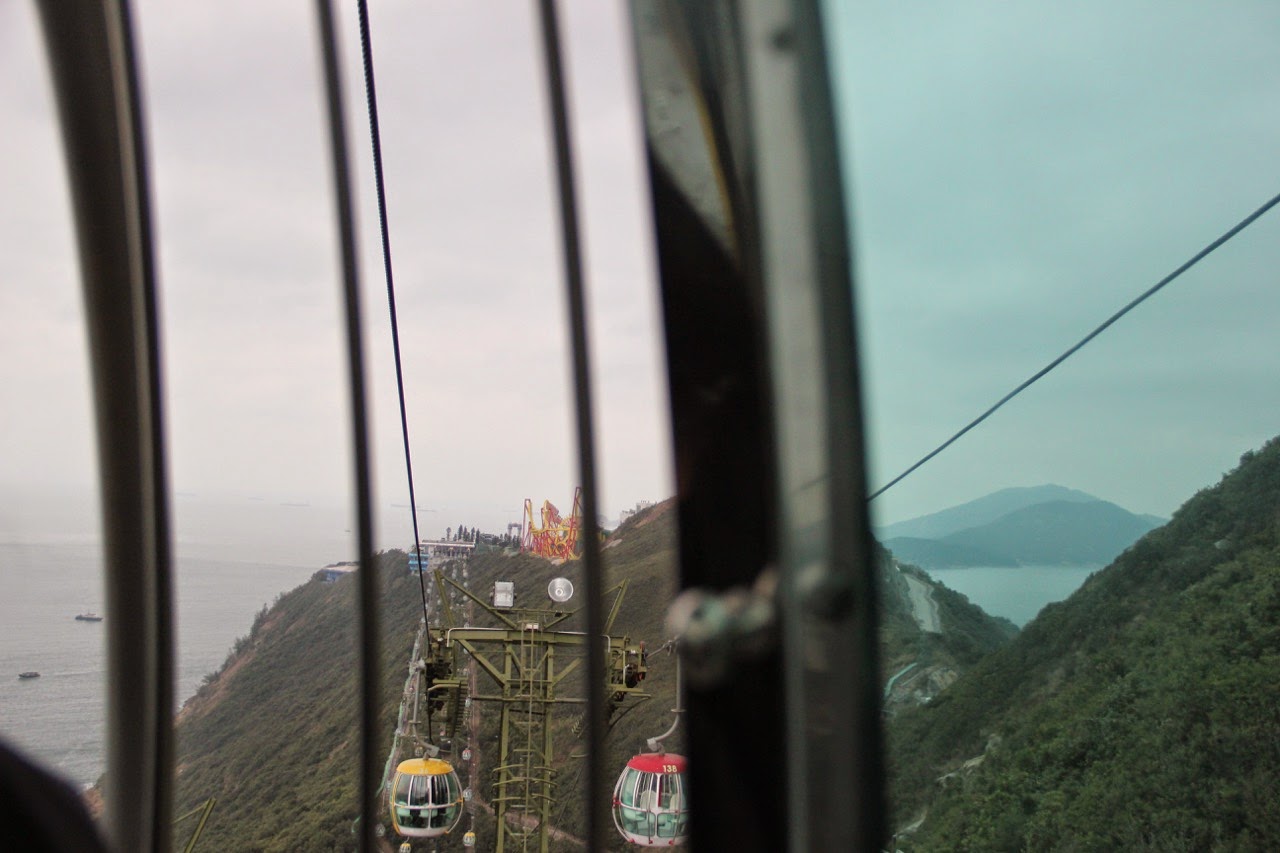 To get an adeline rush we started of with the scariest roller coaster ride ever. Then took some really crazy rides on Flash. We got wet on the raging river ride and rain forest rides.

Apart from the rides there are several zoos. Each for a region. There was one for Arctic animals, one for north and south pole and rain forest. The birds where left open to fly around and get very close to the visitors. 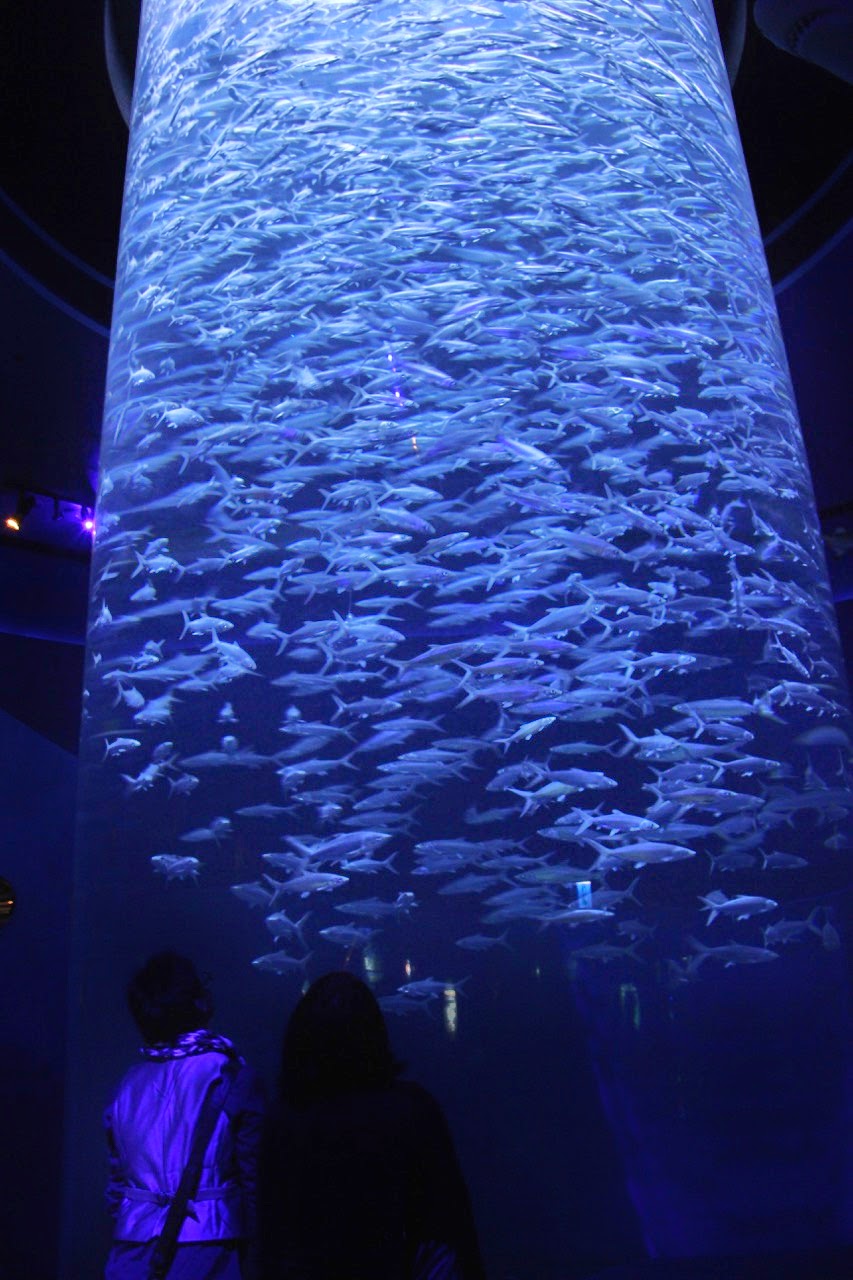 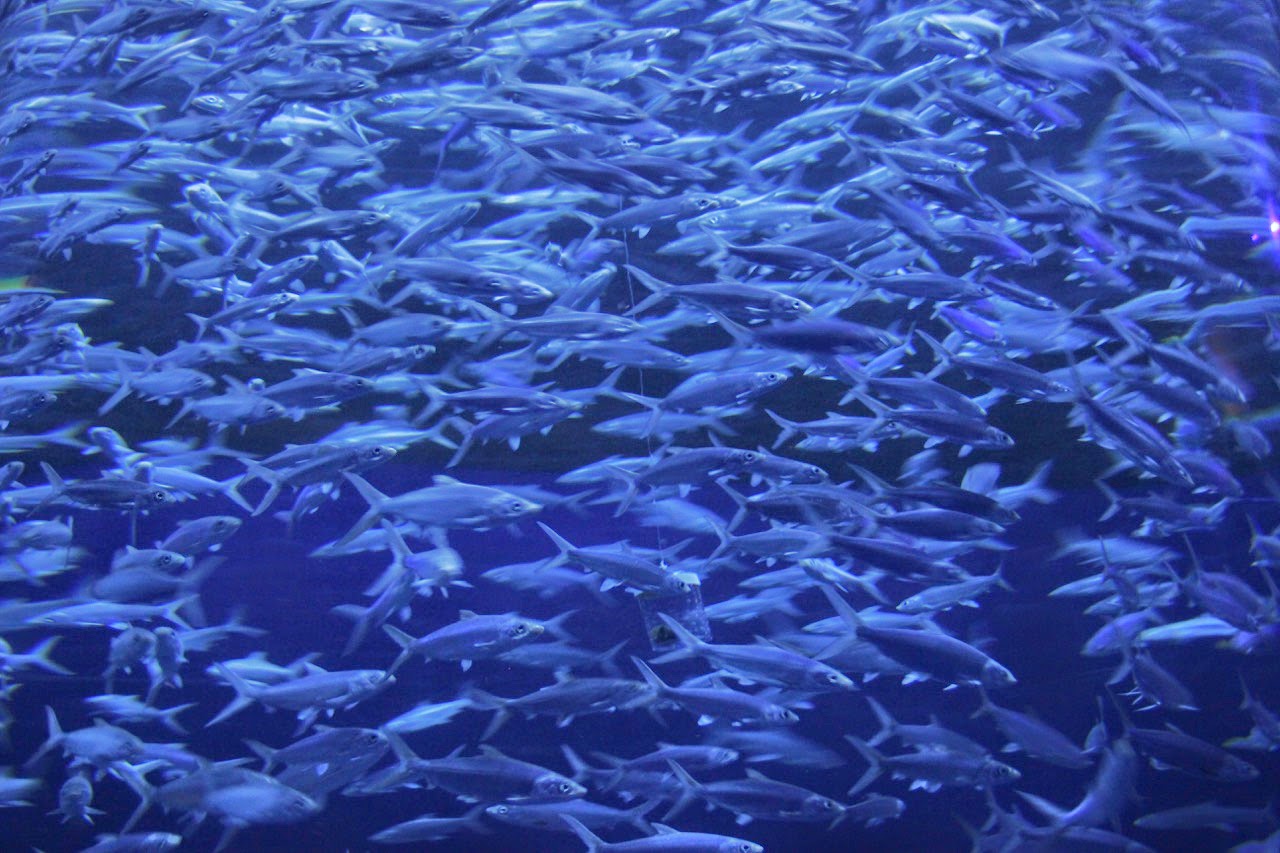 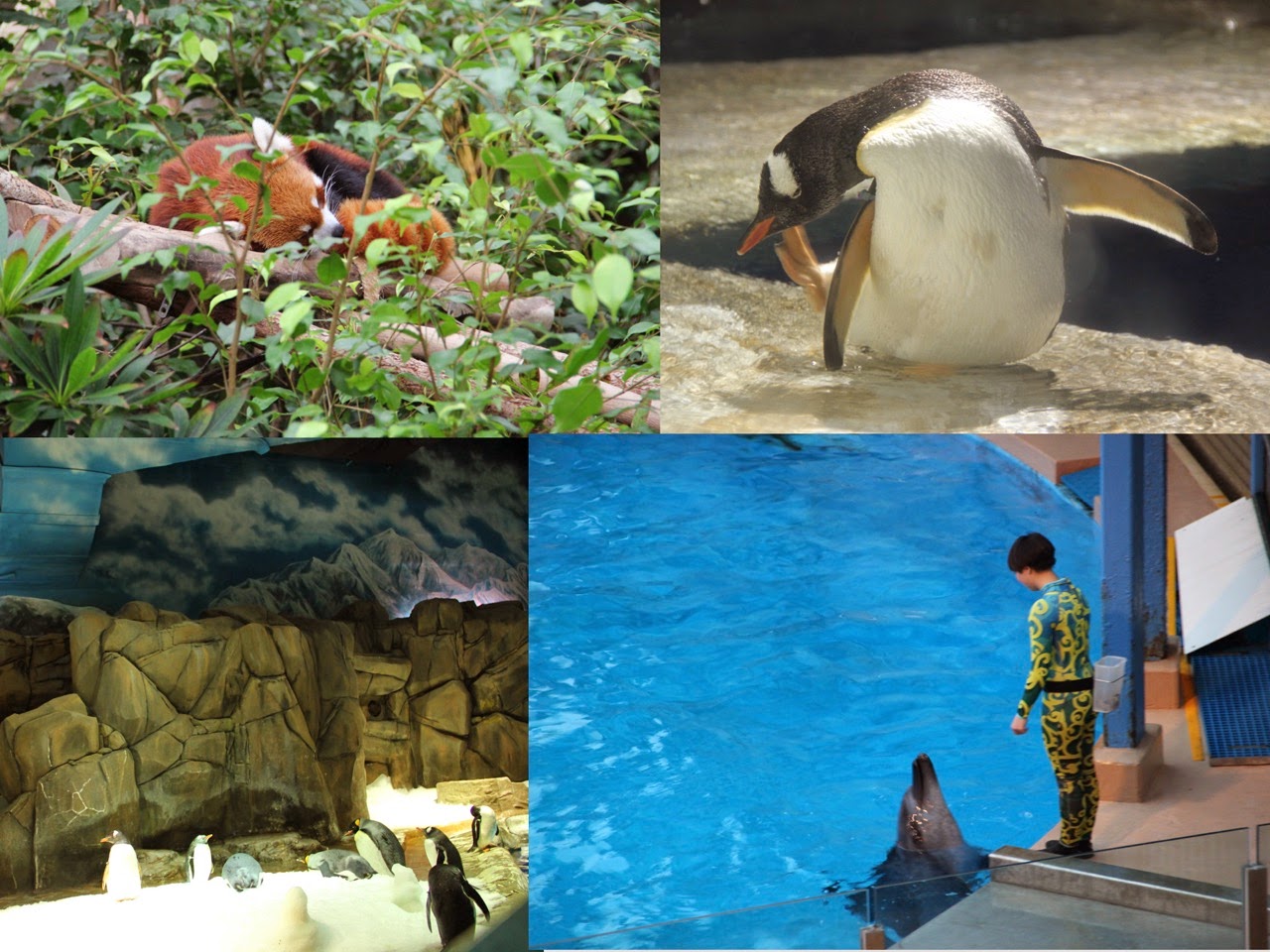 The show at Ocean theatre was amazing. The dolphins and sea lions where just adorable in their performances.

For lunch there are two cafes near the cable car station in thrill mountain that offer Indian menu (Terrace cafe and Bay view). This is mentioned specifically in the map provided.

There are a lot of rides and by the end of the day, I was bored by them as they all began to seem same. Different ways to scare you with heights and twists.

While returning to Kowloon, we took a bus. It was fun to watch outside while traveling in the city that cannot be done while traveling in MTR. We also took the underwater harbour tune to cross the harbour. Also, we finally found the Nepali bar and grocery store. The shop keepers where pouring alcohol and getting ready to enjoy a drink when we disturbed them. We were looking for some ready to eat material but found none there. This part of Kowloon has a good population of Nepalis, Indians and Pakistanis. And perhaps only they are the ones who stand outside the MTR stations and gaze at people who pass by which can make you uncomfortable at times. Otherwise, In Hong Kong, it is very safe to travel alone at whatever time of the day it might be; specially for solo women travellers. Nobody even stares at you.