I am extremely happy to inform you that, as I write this post, Sugreev and his friends are on a train to their hometown. If you have been following their journey so far, I am sure you would understand how important this moment is. This is how it happened.

Yesterday, Government opened Sleeper class and 2S Second sitting booking on the 15 trains that previously only had AC compartments open for booking. Trains with these coach would run from the 2nd of June. Sugreev told me that some of his friends had already booked their tickets. So, without delay, I booked their tickets on IRCTC website (Train booking site) for the 2nd of June. 2S second sitting cost them Rs 510 to reach Jhansi from Bangalore. Jhansi is 500 kms away from their hometown Gorakhpur.

However, in the evening, Sugreev got a call from the police who informed him that he could board the Shramik special train to UP the very next day. Their names were confirmed again and they were asked to report at the station at around 7 am next morning. We decided not to cancel the train tickets until they boarded the Shramik.

Next, Sugreev informed his Owner about his leaving. The owner wanted Sugreev to accompany him to the police station. Sugreev was worried that he would speak to the police in Kannada and prevent them from boarding that train. I told him to stay confident and stick to his truth about wanting to return home. Luckily, the owner did not have the guts to speak to the police beyond confirming the travel.

Sugreev was happy that he was finally going back home. He thanked me for all the help and told me that when he would reach home, through a video call, he would show me his village, fields and farm. We all eagerly waited for the morning to come.

At 6:00 AM this morning, when I stepped out to go for my daily jog, I met Sugreev outside the construction site. The other three had already left to the police station. He was waiting for the owner’s son to pay him the balance amount. I wished him a happy journey and continued my jog. When I returned 30 minutes later, I saw that Sugreev was still in the house but was about to leave. When he called me later, he told me that the owner had not paid him the full amount. However, he has promised to transfer the balance shortly. I refrained from asking him the details. That could be done later. I checked if he had sufficient money for the journey, to which he said, he did.

They were asked to assemble at a traffic signal next to the police station. Around 100 migrant workers had gathered there. Thanks to Sugreev’s regular update through calls, WhatsApp pictures and videos, I was able to follow the process as it happened. They were first taken to a playground next to the signal. There, their medical checkup was done.

They then had to pay Rs 1010 for the ticket. As per the Government, railways is supposed to pay 85% of the ticket fare and rest 15% is to be paid by the State Government. But, in reality that isn't true in most of the states. Only some states are sending the workers back, free of cost. I know that the state of Kerala hasn't charged the migrant workers for this journey.

Some of the workers had not registered on Seva Sindhu website, so they had to be taken care of. While that process happened, the others were made to wait. Overall, the local police had handled the situation really well. Social distancing was maintained through out. Workers were provided breakfast and lunch while they waited for the process to be complete. They were then handed a token to board a bus. 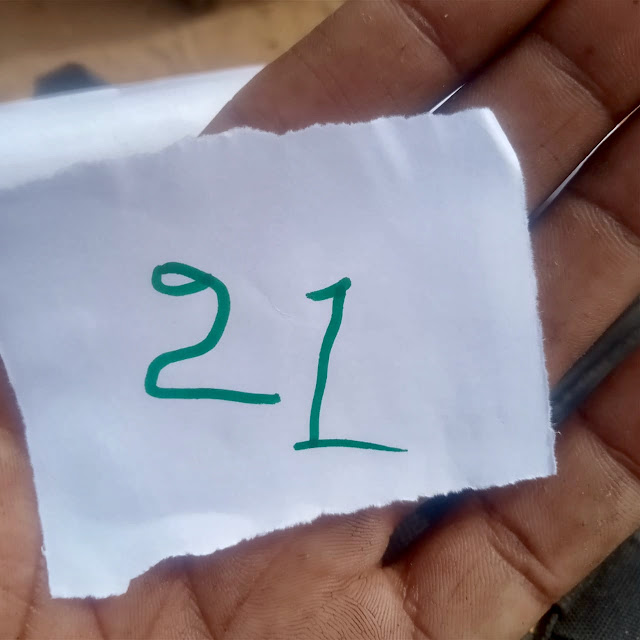 By the time Sugreev boarded the bus that would take them to the railway station it was already 5:00 PM. A packed dinner was also provided to them. 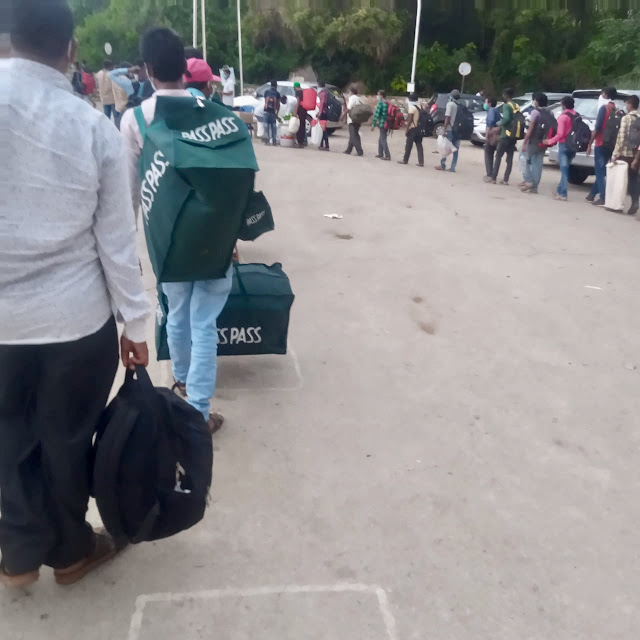 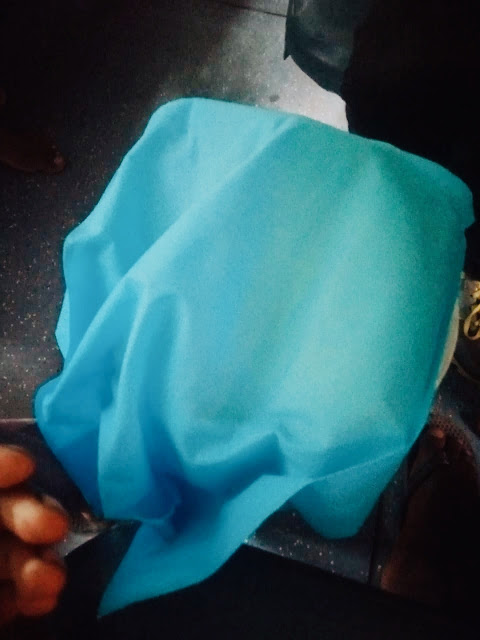 Sugreev and his friends finally began their journey back home on that train at around 7:30 PM. After all that we have been through together in these 2 months, this was a moment of joy and satisfaction. I am glad that despite all the obstacles that came our way, we never gave up. This story deserved a proper conclusion! Sugreev and his friends deserve to return to their families.