I woke up at 9 AM and felt really lazy. Made some tea for myself and sat there sketching. I really did not want to do anything. I met the three South Asian guys from my room at the dining area. Two of them are from Shenzhen, hina and another (I learnt only later, in Madrid) is from Hong Kong. One of them sketched portraits. I really liked his sketches. The previous night, they were watching the movie "No country for old man" so, we discussed about its abrupt ending and its sense. They were heading to Montserrat. I wanted to trek there too but somehow, I was so much in love with the city that I decided to stay back and explore the city more.

At around 11:00 AM, I left the hostel and walked towards a restaurant my friend Stefan had suggested. But instead of going there, I stopped at a small road side restaurant for some tea and tasty Paella. It was a great feeling to sit outside and observe people walk by. Many office goers stopped there for some coffee or tea. I sat there creating my next sketch on Sagrada Familia. Europe continues to inspire me and I enjoy this process of sketching while I travel. That day, to not have a real agenda was sort of a relief. I felt less burdened to figure out what to see or which place to visit. I seemed to enjoy the city as it is. There was nothing to do and it was perfectly alright. I can’t think of a better way to explore a city than this. 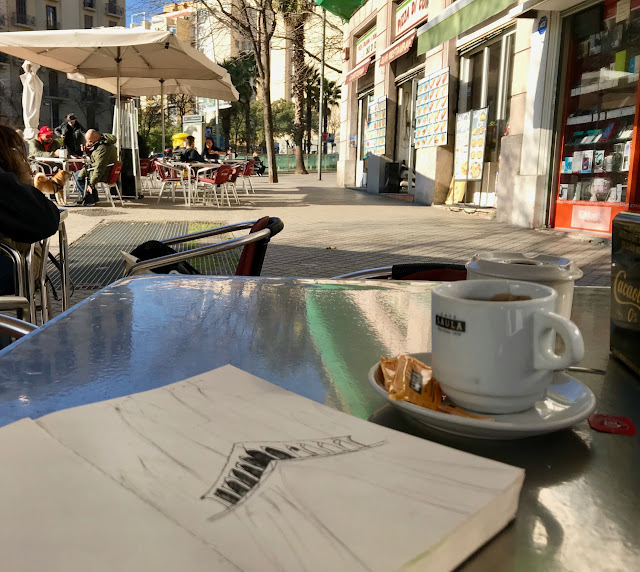 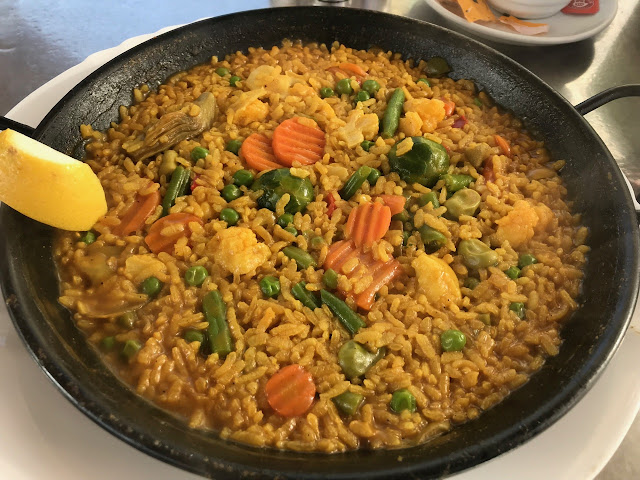 After my lunch, I decided to take the metro and go to Picasso museum. I was quite impressed with what I saw there. The museum has some early paintings of Picasso; those before his cubism days. Looking at his early paintings and the contrast it had with the later paintings, I learnt a big lesson. Every artist who explored a new art movement would have perhaps gone through a stage in his life to reinvent himself and break away from the conventional art forms. They had wanted to innovate and be unique. I was surprised by Picasso’s work to recreate Las Meninas by Velázquez in a cubism format. All his drafts are displayed in the museum and it is astonishing to observe that they are not random recreation or just a geometric representation of the orignial but has a methodic approach to deconstruct and reorganise them in a new fashion to derive a different meaning. Though, I would not consider all Picasso’s work as visually appealing to me, after visiting the museum, I had new found respect for this man who challenged the conventional thinking. I desire to learn more about similar famous artists as their creations motivate me to look at things differently.

Fulfilled with the experience at the museum, I walked to the beach. The weather was pleasant and it was peaceful out there. I sat there for a while and continued to sketch. I found some more colourful stones in the beach to carry back. 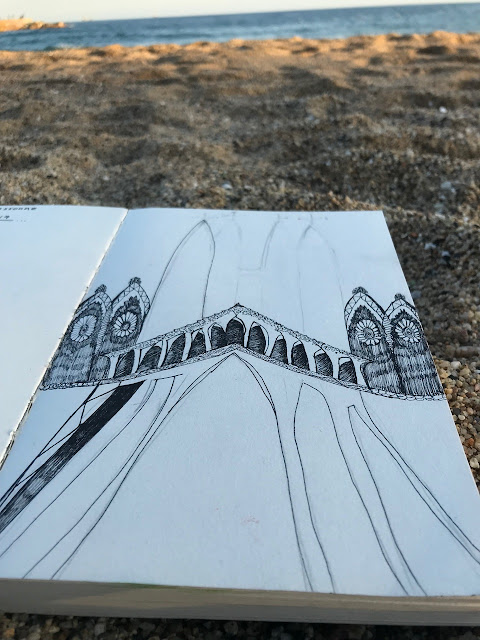 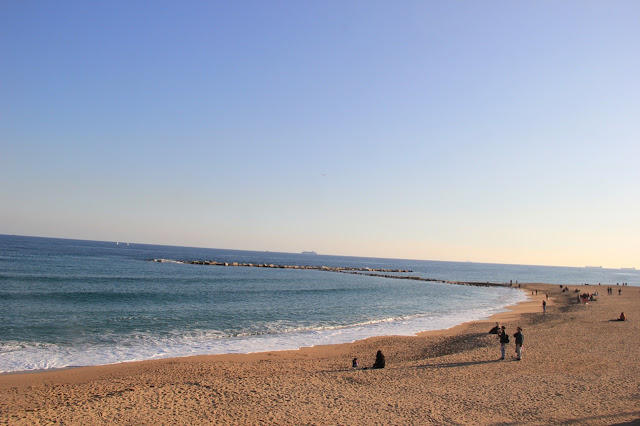 The place was very lively. There were a few boats sailing, few surfers, many young men practicing outdoor gym and a few of them fishing. All together it was a nice atmosphere out there. 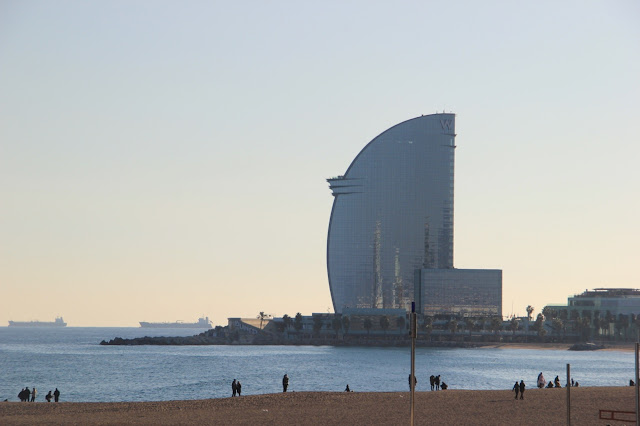 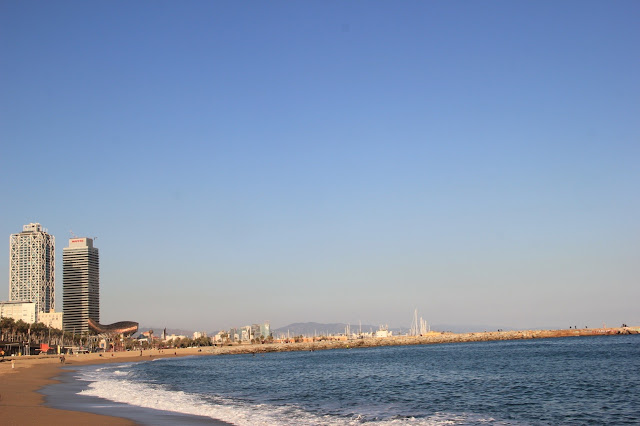 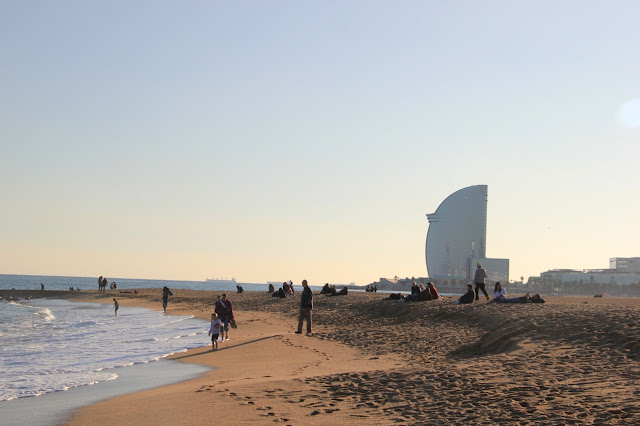 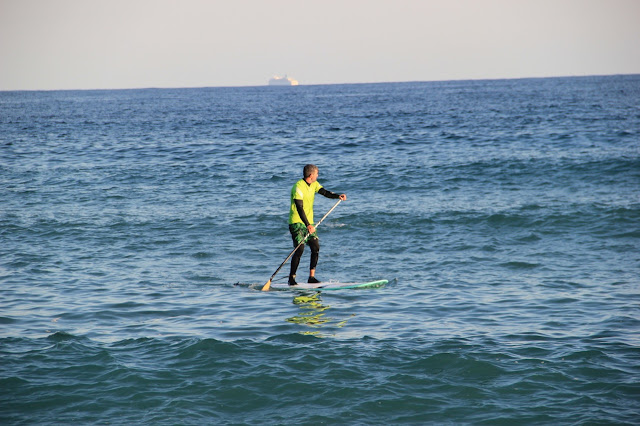 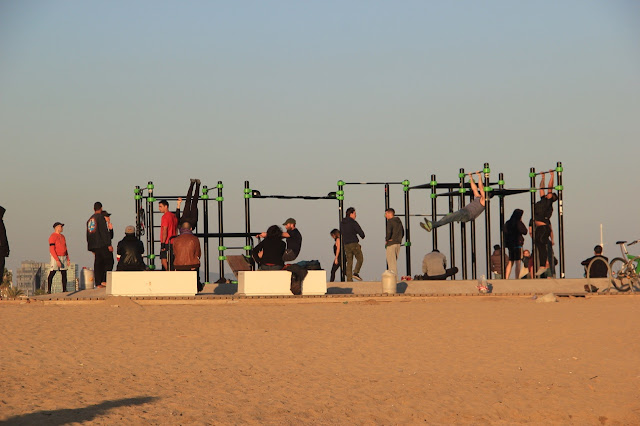 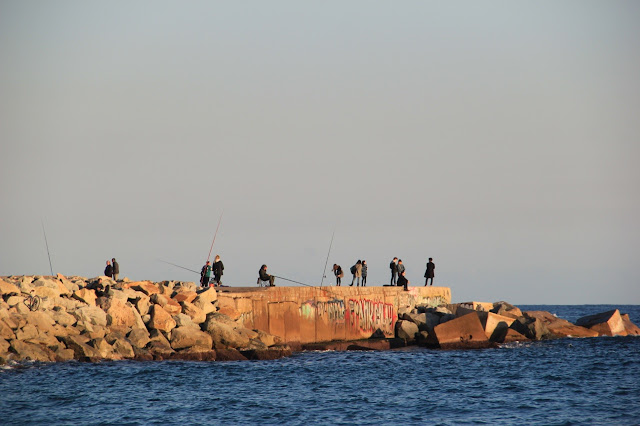 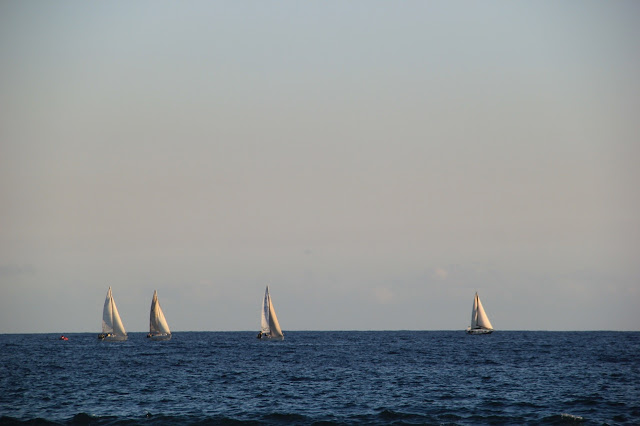 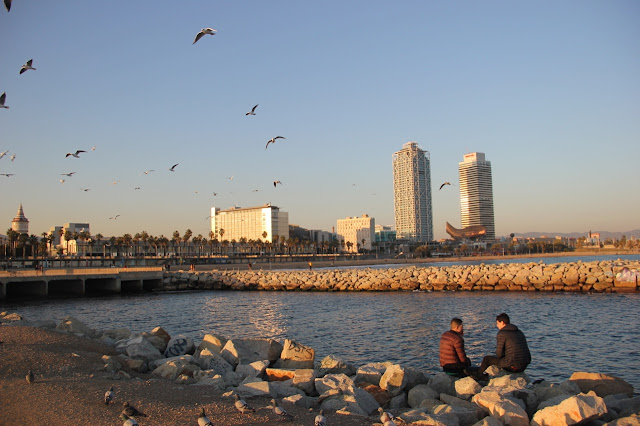 On my way back, I walked to the Rambla. Rambla is a street found in every town, with shops and restaurants on either side. The street in the middle is for pedestrians and is used to setup a weekly market as well. La Rambla in Barcelona is beautiful and very popular among tourists. 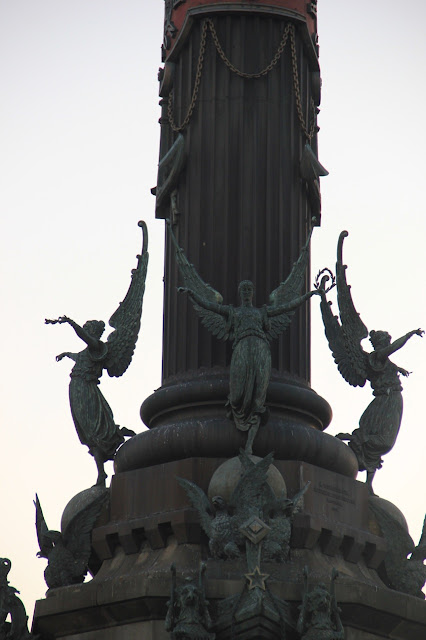 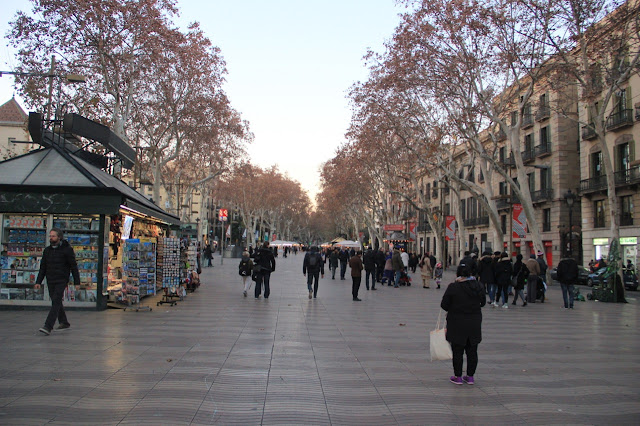 I stopped at a small bar to have Tapas. Tapas are snacks that are had with drinks. If tapas are served on top of a bread then they are called Montaditos. I spoke to the server in my broken Spanish to suggest me some veg options. 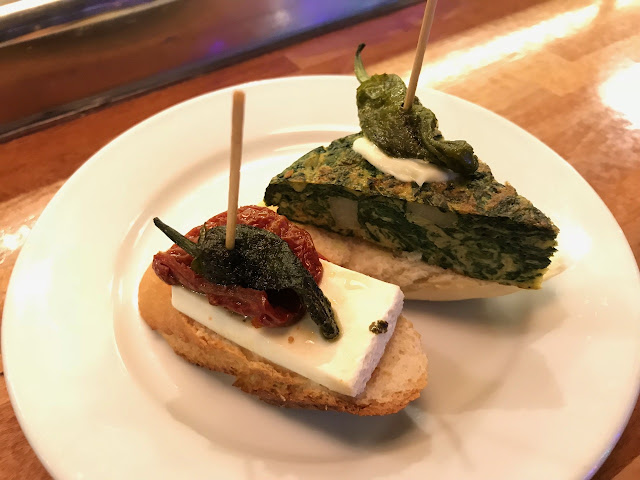 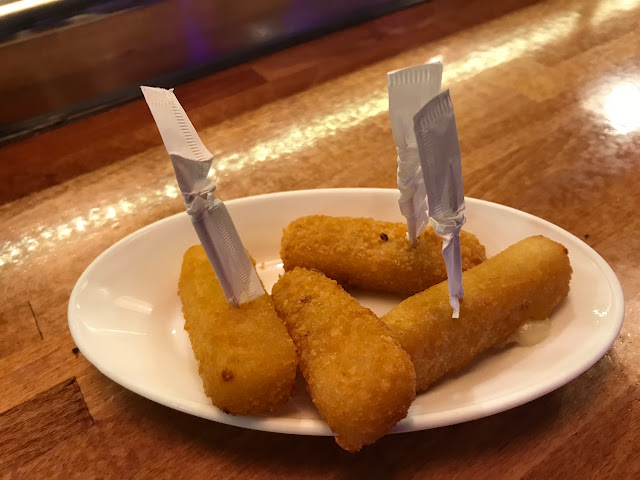 I did not visit many places on this day but at the end of the day, I felt like I had done a lot. It was a great day. I returned back to the hostel. Met the guys who had trekked to Montsarrat and they shared their interesting story. We sat there for while sketching. I love how one of them sketches portraits. He is very quick. 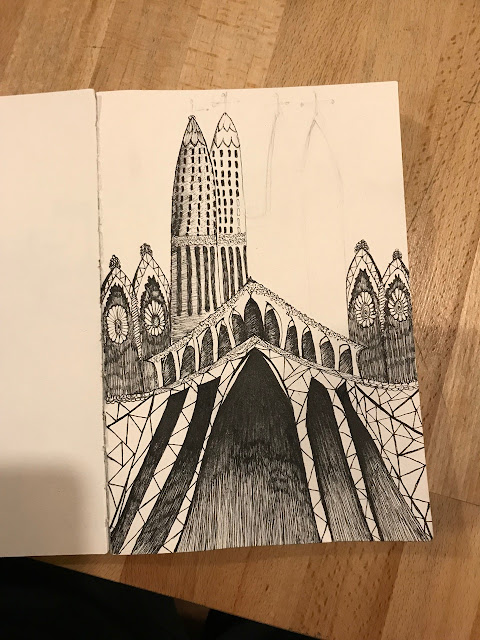 Fabien messaged me and he told that we could meet at Remi’s place. He texted me the address and I took the metro to reach the location. This time, I carried two bottles of wine to be safe. Fabien had forgotten to give me the house number. I was unsure which buzzer to press so I stayed out and tried calling him. His phone was not connecting. By then Franc came there. He too did not know the house number but he called Remi and found out.  Three of their friends stooped by for a while. I do not recollect their names but they were extremely friendly. All three looked older, perhaps in their early forties. One of them was from Belgium and he spoke Dutch but knew French. We had a good discussion about languages and cultures.  I was really impressed that all of them spoke multiple languages. They may not be very comfortable with English but they spoke French, Spanish, Dutch and German very well. Like Indians, most of the Europeans are multi linguistic and the list of languages they speak may not necessarily include English. Fabien’s friends were very warm and friendly. I was also surprised to see a special bond between them that I thought existed only in India. These two evenings spent with Fabien and his friends has been a eye opener and I have learnt a lot about French culture. 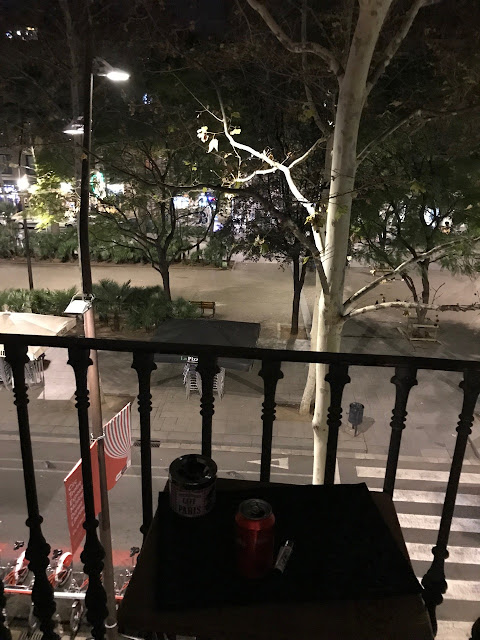 After they left, Fabien and I discussed a lot on current affairs and my travels. Remi talked about magic mushrooms, his upcoming vacation, his music collection and Pink Floyd. Knowing the language made a big difference. It allowed me to connect with them well. It is also interesting to note that everyone is curious about Indo-Pak relationship. Coming from the South, I tell them often that common Indians it is not the most important thing to talk about. We have several other things to worry about as a country and the relation with our neighbour is not something we discuss every day.


I bid farewell to Fabien and thanked him for all his hospitality. He was flying to France the next day for Christmas. Back in hostel, I met two Indians. We connected well. I recommended them to visit the bunker and gave them some suggestions. They requested me to join them for dinner. They were cooking Maggie. I did not eat that but we shared a drink that they had brought along. Tired, I went to bed at around 3:00AM.
Spain Travel