My first stop for the day was Prado Museum. This place is huge and has some of the best art collections from Europe. I Loved the works of Velázquez, Titan, Ruben, Greco and other interesting artists. But for me the main highlight was the paintings by one of my most favourite artists Francisco de Goya. Specially, his dark paintings, that he painted on the walls of his house. These paintings portray multiple themes such as sorcery, solitude, madness and loneliness. Reading a lot about Goya and his life, for my presentation in French class, I realised how his multiple illness and Spanish inquisition had influenced his thinking in the later years. 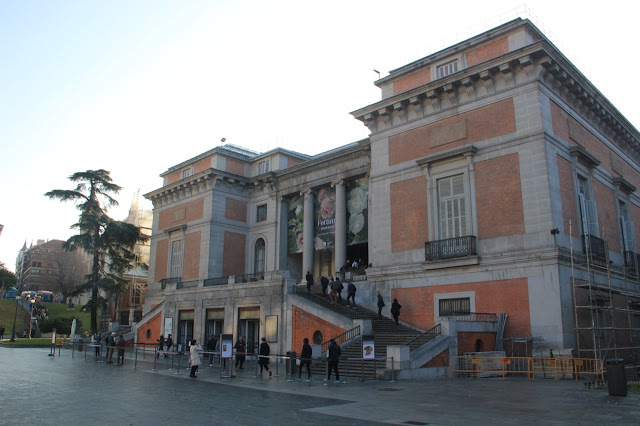 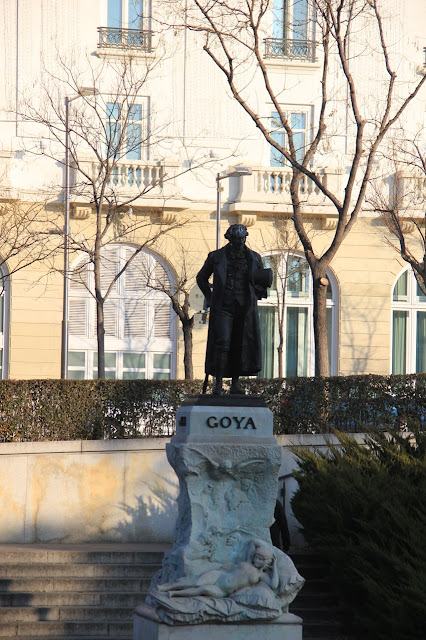 When I realised that one of my favourite paintings of Goya is in the museum, I began to search for it. I did not find it in the Goya section. None of the staff members seemed to recollect seeing it but they asked me to check the first floor section. I finally found the Witches’ flight. There is no such feeling as to being so close to your favourite painting. I love the details of this painting and I always wondered what Goya would have thought while he painted it. 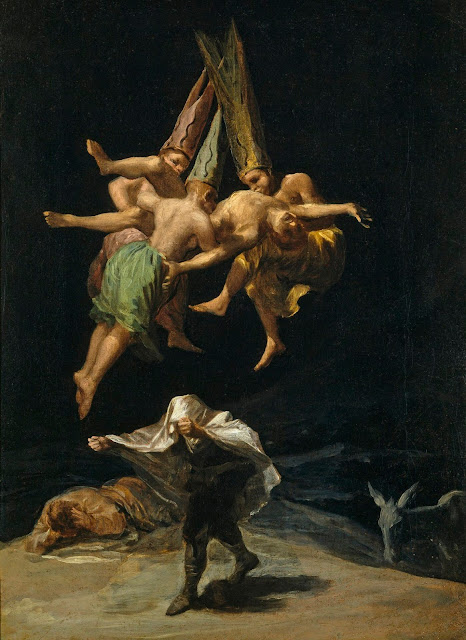 Picture from the internet

Two interpretations are popular. Firstly, the most obvious one which indicates the superstition involved with sorcery. The second is more interesting. Critics feel that there is a much rational reasoning behind this painting and it mocks the Spanish inquisition and how people who could not react to the justice caused by the church remained ignorant. The donkey in the background represents ignorance. The experts note that while usually the witches are represented as old women, here Goya chooses three men and they wear a double pointed mitre that are worn by bishops. Whatever was meant, Goya is undoubtedly the father of Modern art as his paintings carry a beautiful mix of naturalism and fantasy. I feel that many surrealist artists would have perhaps taken inspiration from here. I kept observing this painting for a long time and did not wish to walk away. The more I observed, new details I could notice.

Prado is one of the best museums I have ever visited and I am surprised by the size of paintings that were made in olden days. They are gigantic and so detailed. Art is an important piece of history. It tells so much about our ancestors.

I walked to Park Retiro. Its a nice place to relax. I saw a few migrants hide behind the bushes. They were carrying their piece of cloth, wrapped within which were random articles that they sold. They were hiding from the police who were patrolling in the park in their cars. It was sad to see such a state of this African migrants. 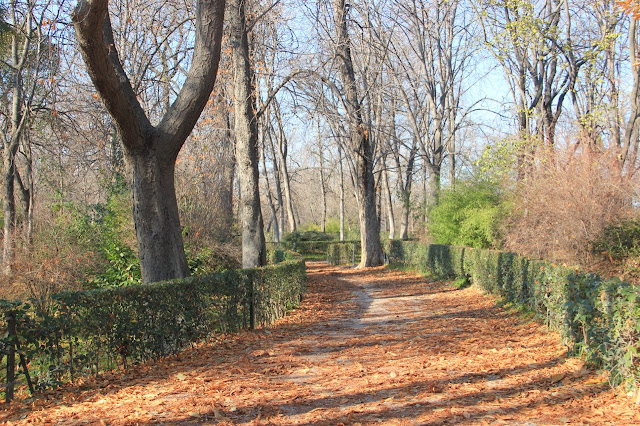 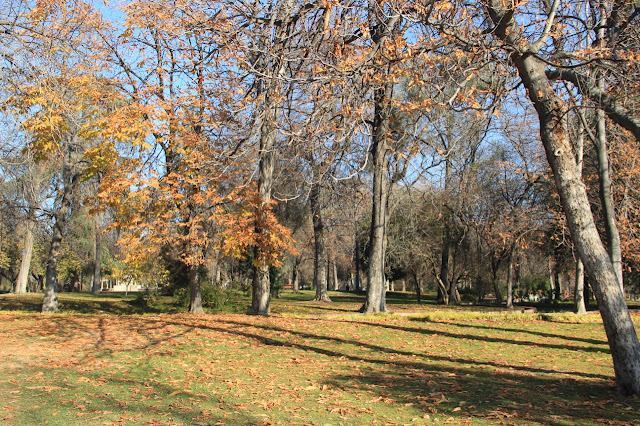 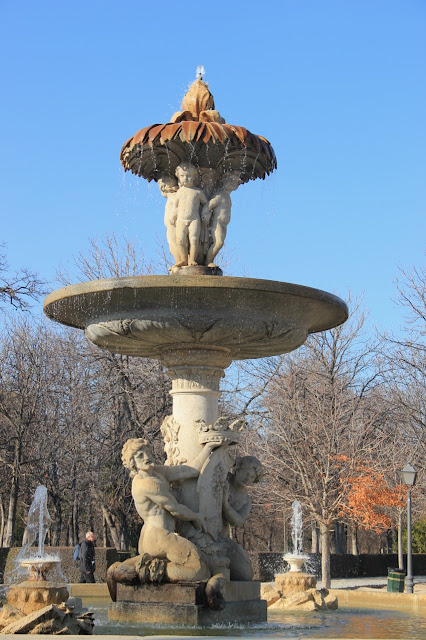 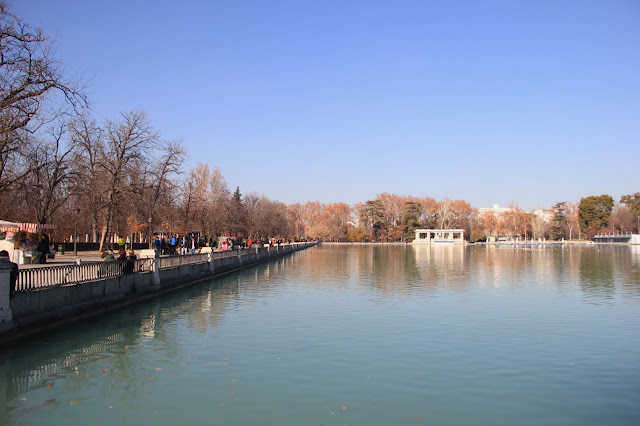 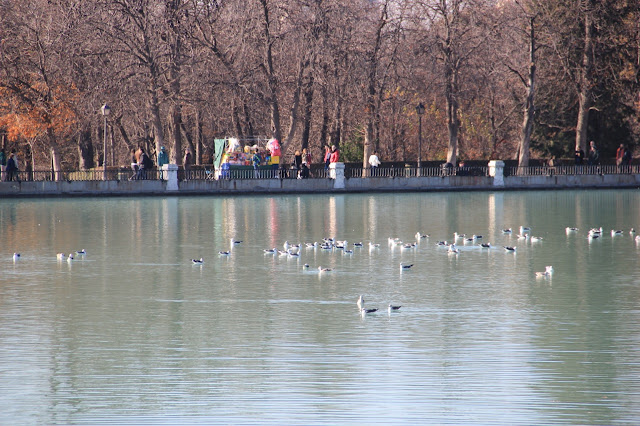 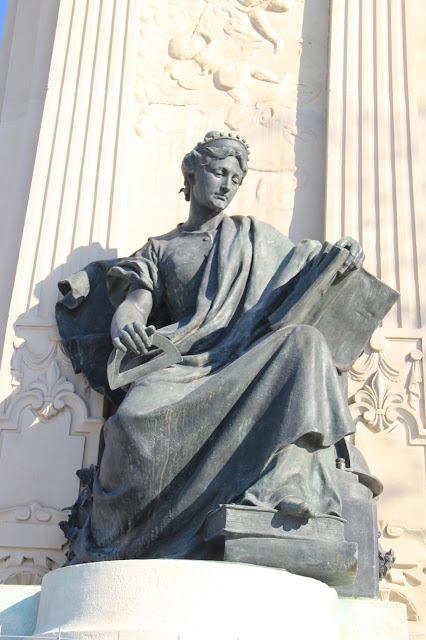 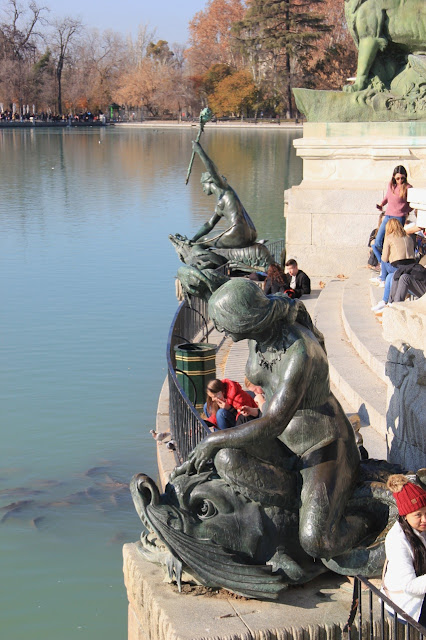 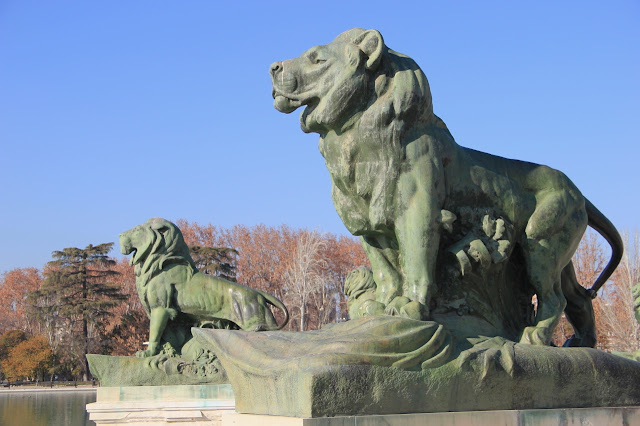 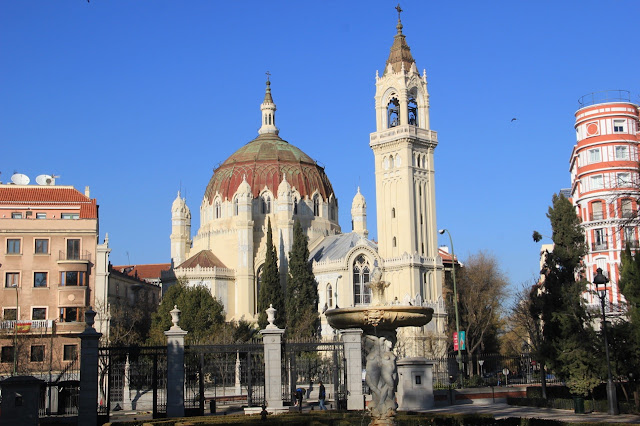 I went to the Palace but it was closed on Christas eve. So was the cathedral in front of the palace. But there were musicians playing lovely music on the streets. 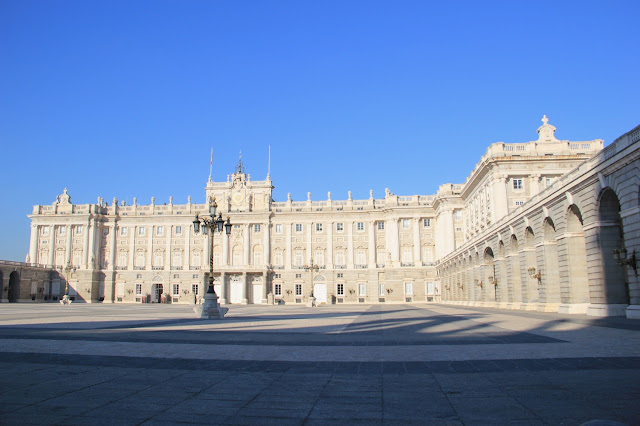 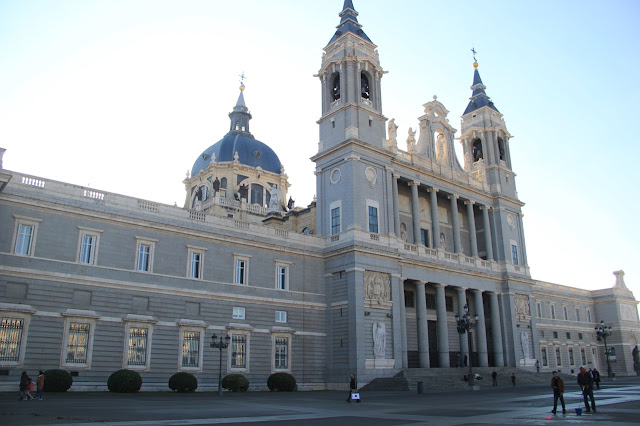 I took a metro back to Plaza Major where there was a festive mood. I bought a few postcards and quickly rushed to the post office. It was hard to find the office situated at the basement of a building. The staff seemed really bored and disinterested. One of them gave me the stamps and I wrote the messages in a hurry and handed them to him. He took it and carelessly dropped it on his desk. I wondered if they would reach the destination. 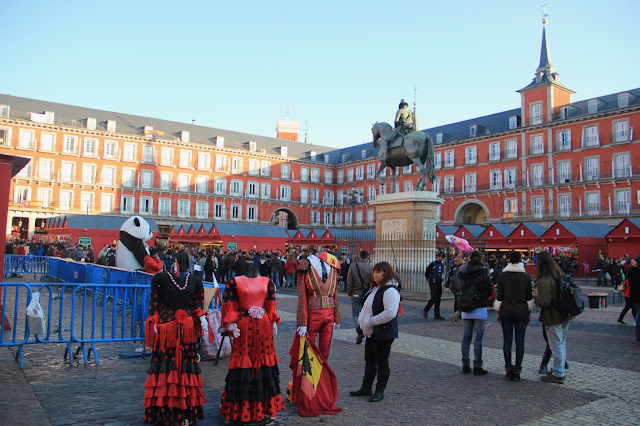 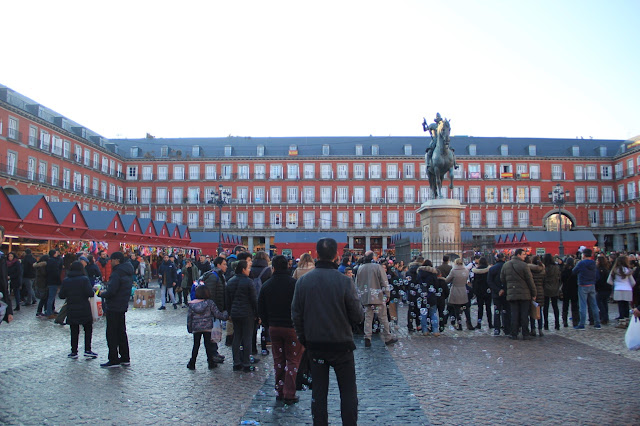 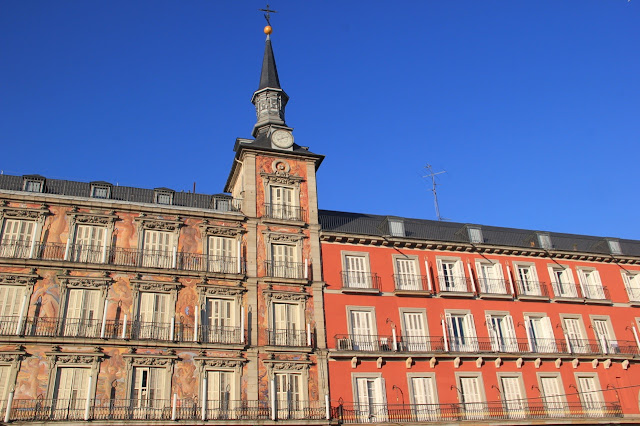 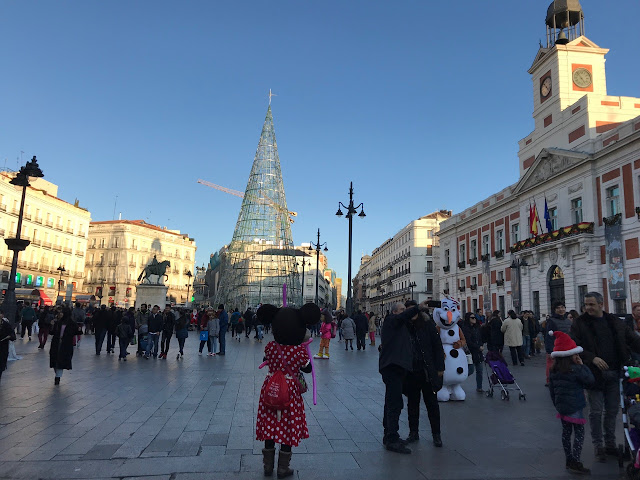 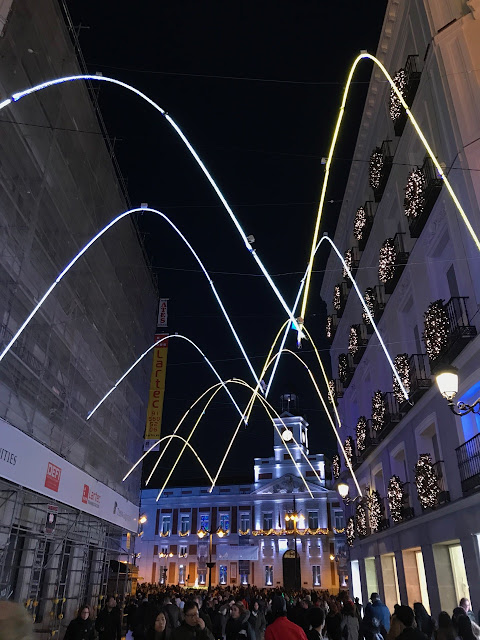 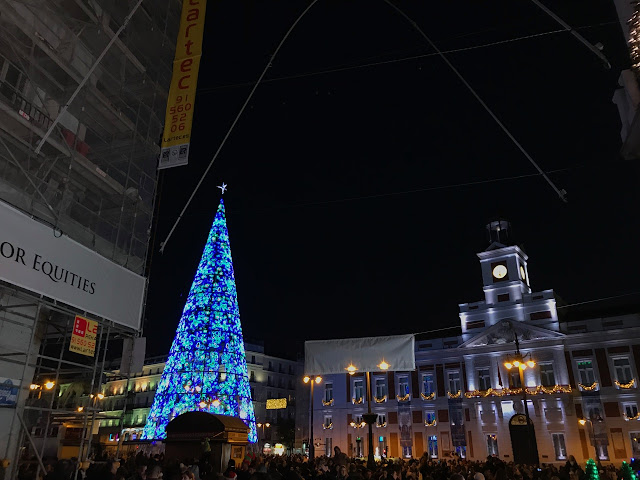 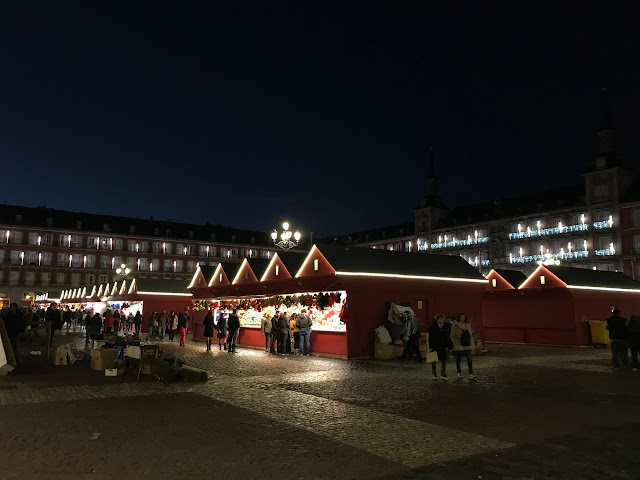 I returned to the hostel and updated my journal and finished my sketch. While at main lobby, I chatted with a hostel staff. He is basically from Philippines but has been living in Spain since childhood. The hostel staff at the Hat are really friendly and they tend to engage all the travellers in some conversation. But what I found strange was he asking me why I had spent 5 days in Barcelona and only 3 in Madrid. I told him that it was because I had friends there. He immediately asked me which of the two cities I liked the most. I found that difficult to answer. I think I liked Barcelona because I had friends there but Madrid I feel is more lively with great night life. However, I never compare places as that does not suit me. I found those questions very strange specially considering all the tension brewing within the country. But otherwise, it is a normal questions. You always want people to like your city as compared to the other. I guess it is common and people do that even in India by compare cities. I just found it unusual considering the present condition that the country was facing.

While I was at the lobby I see a familiar face. Ho walks in and is delighted to see me. He was one of the three South Asian boys I had met in Barcelona. He is from Hong Kong but is studying currently in UK. We spoke a lot about Hong kong, my favourite city and for him, his home. Like all other days, this day was special in many ways but it is the Goya paintings that steal the show. They have left an everlasting impression in my mind.