on June 27, 2015
I paint only when I want to and perhaps thus this process gives me immense pleasure. This time it was to gift a dear friend at work who was quitting the company. I affectionately call him « the kid in red ». The word kid here is meant metaphorically relating to childlike enthusiasm, innocence and liveliness that unfortunately very few can sustain till adulthood. And the colour red having its own significance.

Considering my friends buoyant personality and the metaphorical references that I draw from it, it was clear that the kid in red had to feature in my painting. He had to wear a red shirt and had to hold onto a red balloon as a symbolism (Well, it did not necessarily have to be a red ballon. It could have as well been a treasured and preserved jar of home made pickle). But that did not seem to complete this painting. Something was missing; with that which shall attract the kids attention and curiosity resulting in a display of enthusiasm. Minion seemed like an appropriate choice that always appears to live in the moment and enjoy the simplest of pleasures. The video of the minion and the banana came to my mind and I knew almost immediately what could complete this painting. The minion attracts the kid into the moment as he still holds on to his favourite red balloon. 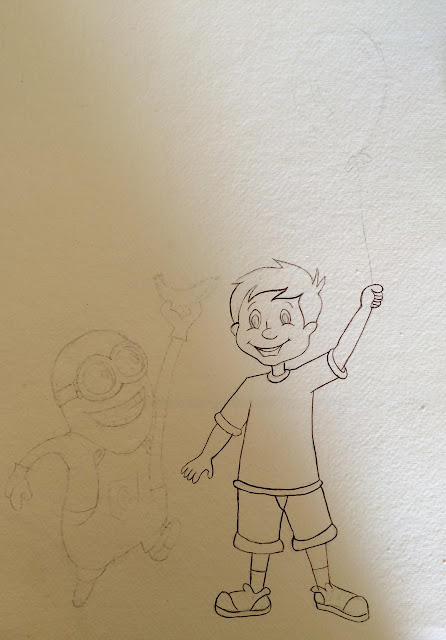 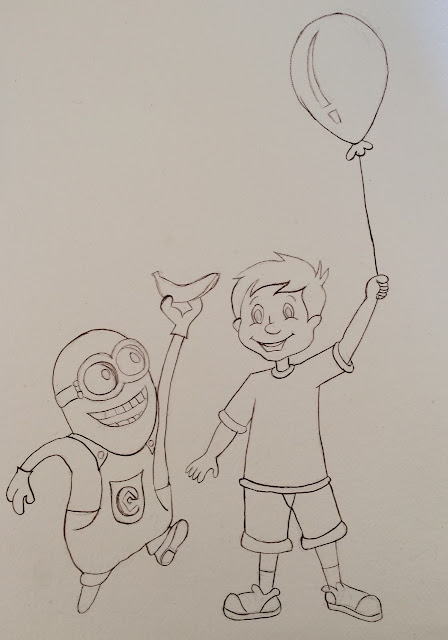 The colours were almost decided but I experimented a little with the minion based out of a reference I found on the internet. 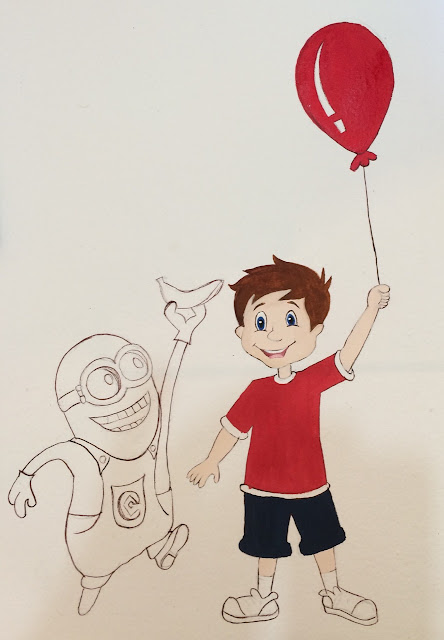 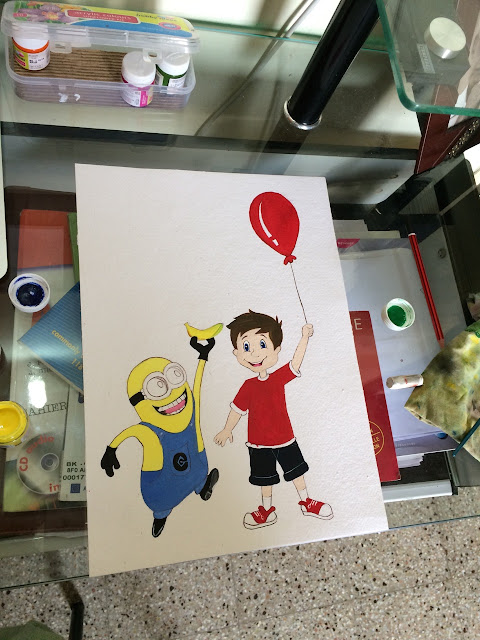 In a single stretch of five hours, the painting was completed. 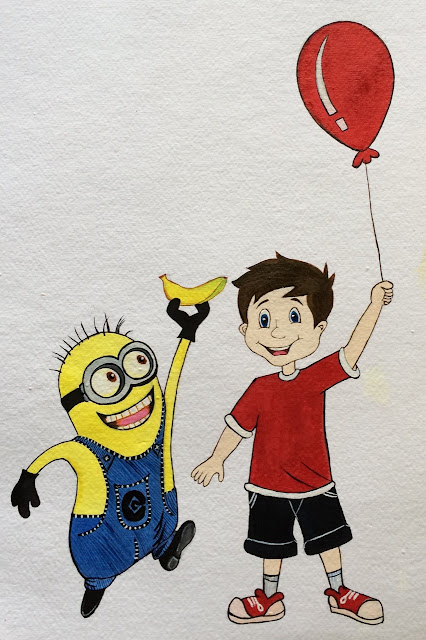 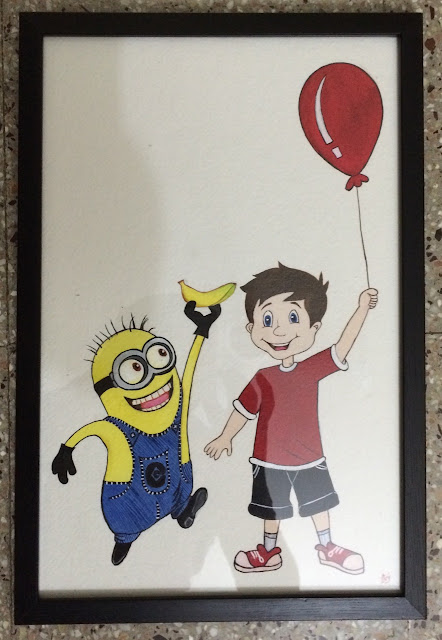 On a surface-level, a painting might not be apparent as might be a speech. But if we take a moment and observe every subtlety involved, it is shocking to notice that paintings can convey the emotions that a speech can only ruin and words can never do justice to. Because a speech would dilute away with the emotion, with the moment, with the time and losing eventually its significance but art seems to lock the emotions forever and tend to remind us of who we once were and how we once felt; even if time has changed and we have moved on.
Art