After having thoroughly enjoyed my stay in Taupo that comprised of a leisure walk to the huka falls, watching the setting sun at Lake Taupo and then being on a beautiful trek over the volcanic zone, it was time to move further up north. My next destination was Rotorua. Bianca too was traveling up north, so, we took the bus to Rotorua which is just an hour and half drive from Taupo. 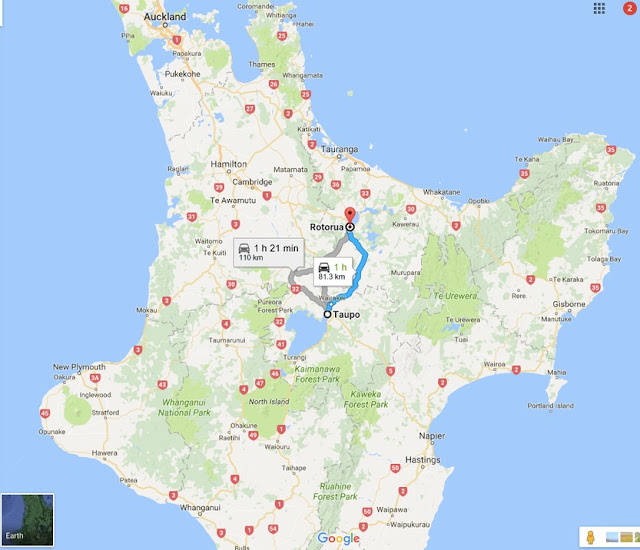 I had booked hostel RockSolid. At the hostel, we met Jemima from UK who showed interest in joining us to the Te Puia Māori village tour. We dropped our bags in the storage room and took a local bus to the park. We were just in time for a free tour. It was interesting to see the natural geysers and hot mud pools. Māori women used the boiling water pools to cook their food. 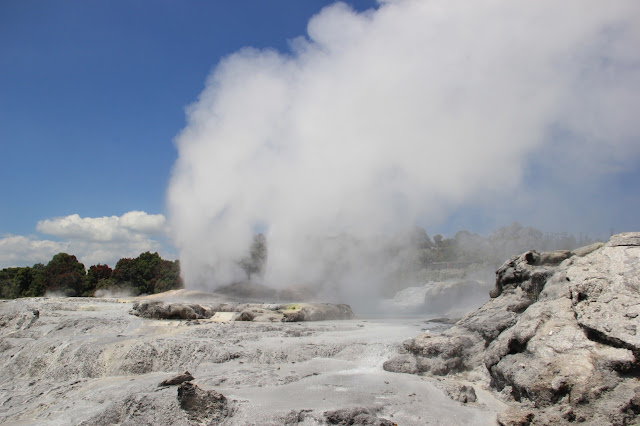 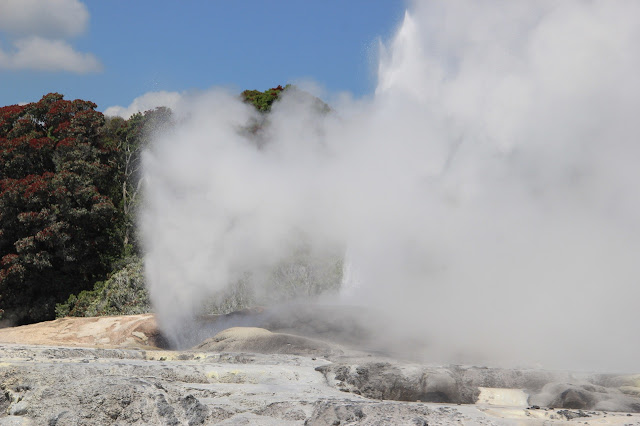 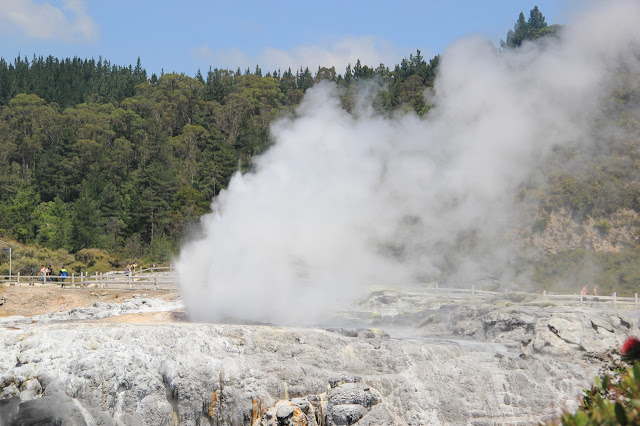 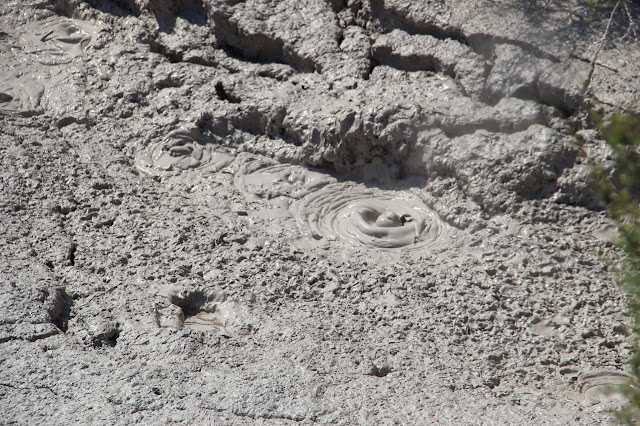 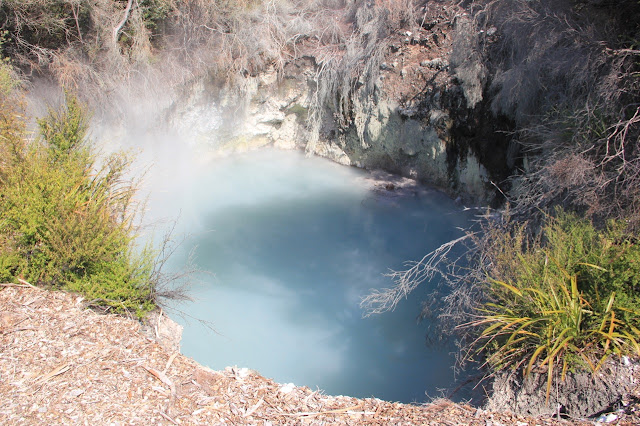 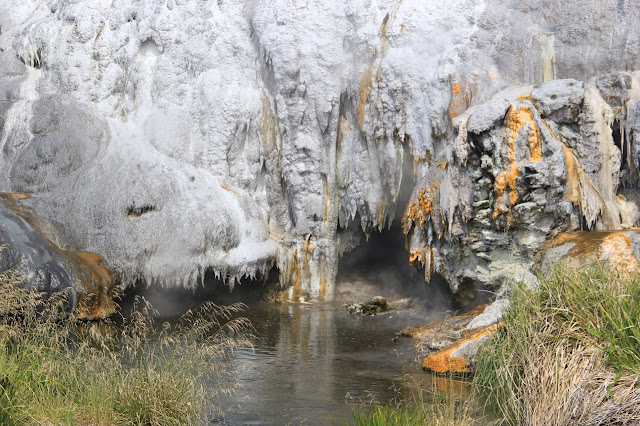 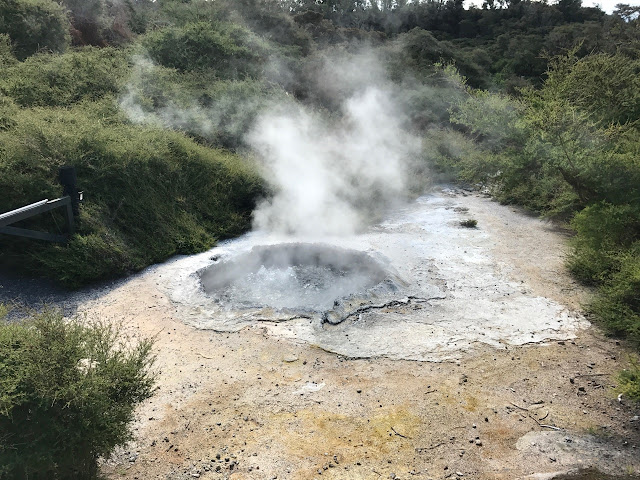 The entire town is built over an active volcano. Pungent smell of sulphur fills the air. Many eruptions have shaped this place. One of the major eruptions happened in 1886 bursting open a mountain peak and forming a huge crater. This is a strange town. Sometimes in houses, at times by the road, you can see steam release. High pressure points are identified and the steam is released to prevent eruption. With some surprise but more awe, I admire these people.

A very nice Māori lady was our guide. She talked about the Māori culture and how tattoos on the faces of men signified their victories and status. The ink was prepared from the kanuka tree. She joked how these days tattoos had no significance and were adorning the bodies of gangsters and rogues. She also spoke of Māori's favorite tree called as Manuka. Red Manuka flowers were in full bloom at this time of the year. They now refer to it as their Christmas tree.

Unfortunately the tickets to the Māori cultural performance was sold out. But we got a glimpse of their first act that is performed outside the hall.  In the act, the chief performs a Haka dance and offers a fern as a gesture of friendship to the visitors. It was an intimidating but impressive performance. It is sad that their tradition, customs and rituals never got a chance to evolve. Today, they are just performed to attract tourist attention. Other Māori artifacts were in display at the village. 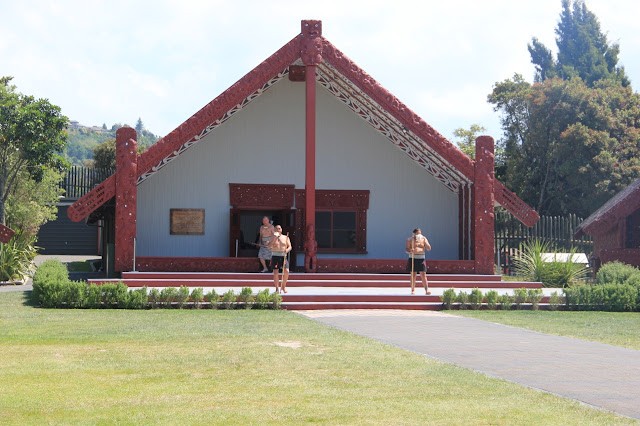 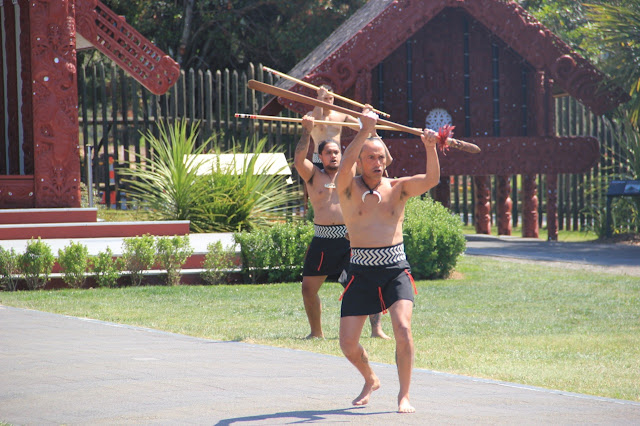 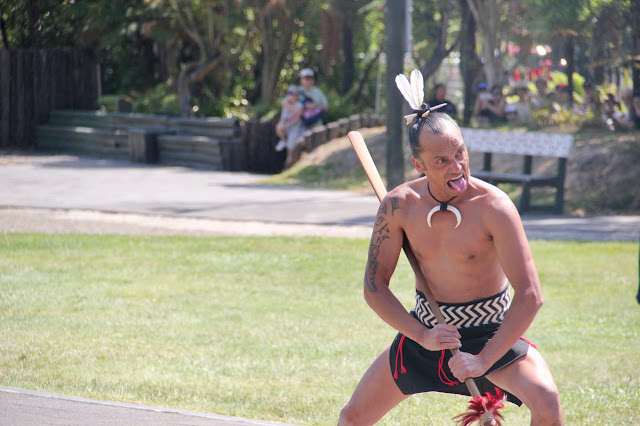 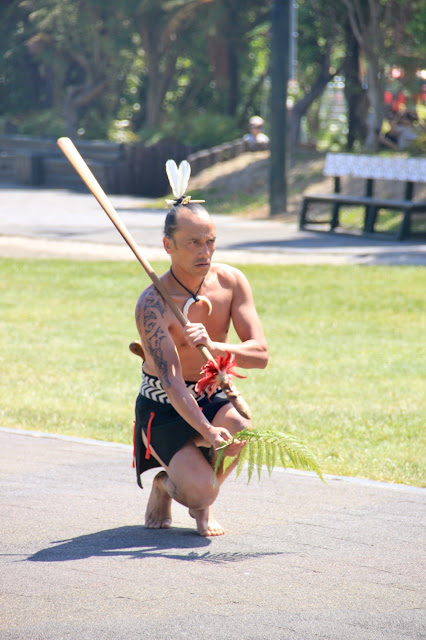 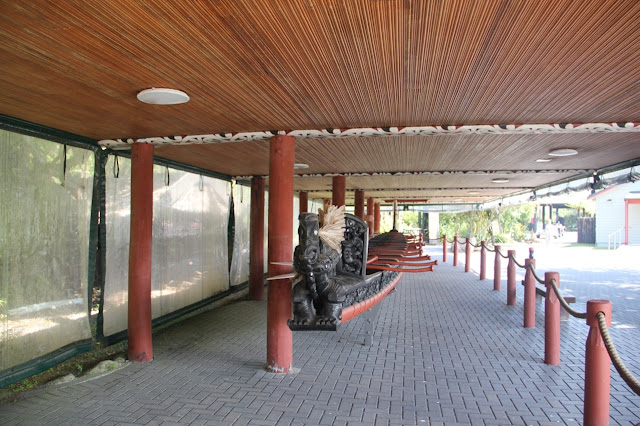 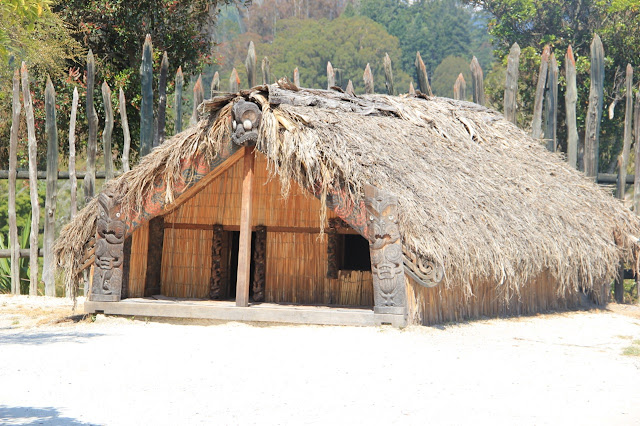 At one end of the park, there is an art and craft workshop where the traditional Māori wood art is still practiced and promoted. Perhaps, this is the only thing sanguine about their dwindling heritage. 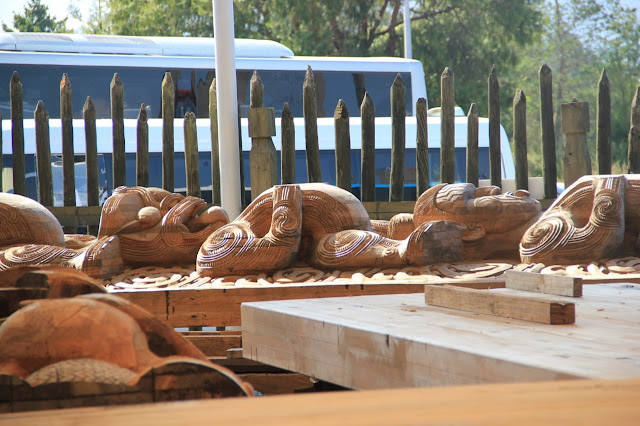 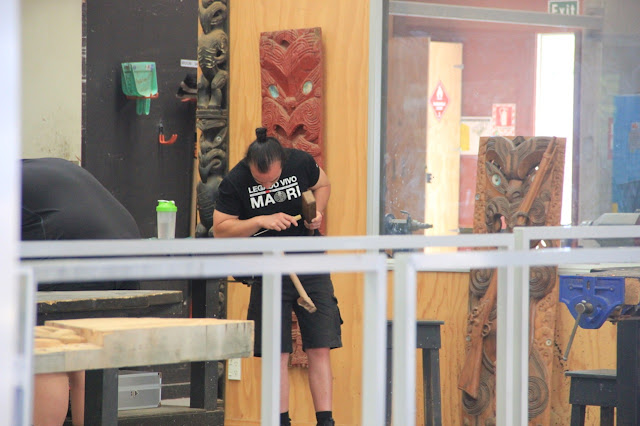 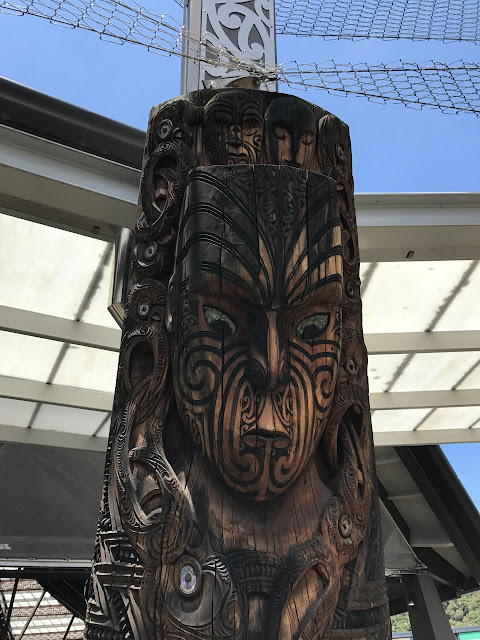 Back in Rotorua, I explored the town a bit. By the lake, there was a nice area filled with restaurants serving all types of cuisine. I booked my day tour to Waitomo caves for the next day. I was going to do a black water rafting there and I had no clue what it was going to be like. But, I was excited about it anyways.