I had booked another day tour from Auckland to Bay of islands. I only had one day and I did not waste it in the city. The tour was going to be hectic but I was okay with it. The bus left Auckland at around 7:45 AM.  A very grumpy old English lady sat on the seat across the aisle from where I sat. She kept cribbing about the noise some Chinese kids were making. She had a bad fight with another Chinese girl. The girl though gave a fitting reply back.

On our way to Paihia, we stopped at a small café for breakfast. We also stopped at park to sea a 800 year old Māori sacred tree - Kauri. 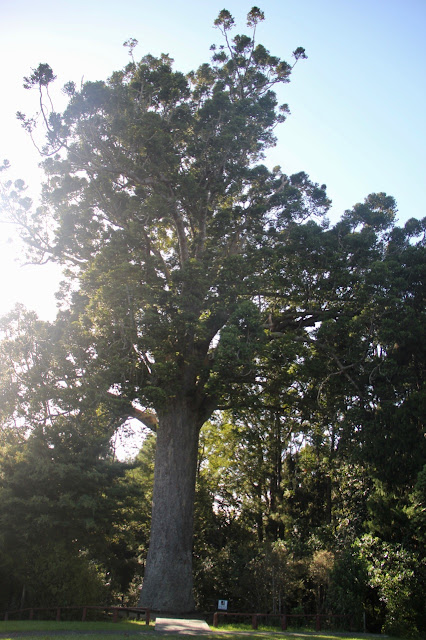 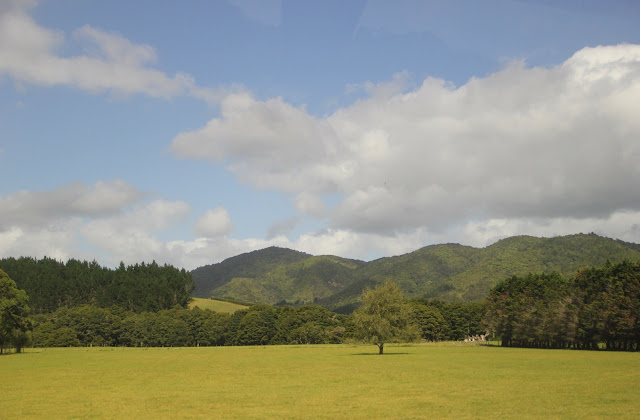 At Paihia, we were allotted passes according to our itinerary. Not all were having the same one. I was going to spend an hour in Waitangi treaty grounds and then take a ferry ride to see the dolphins and hole in the rock. The grumpy old British lady had chosen a ferry ride to Russell. She had not chosen Waitangi grounds. She told me that when the representative asked her about it she did not really understand what was being asked. " I thought she was asking me "why?, why?"", she told me. "I don’t know what I am doing here. I think, I am the only one going to Russel, I must try and change it." She added. I agreed and walked away avoiding any further conversation with her. 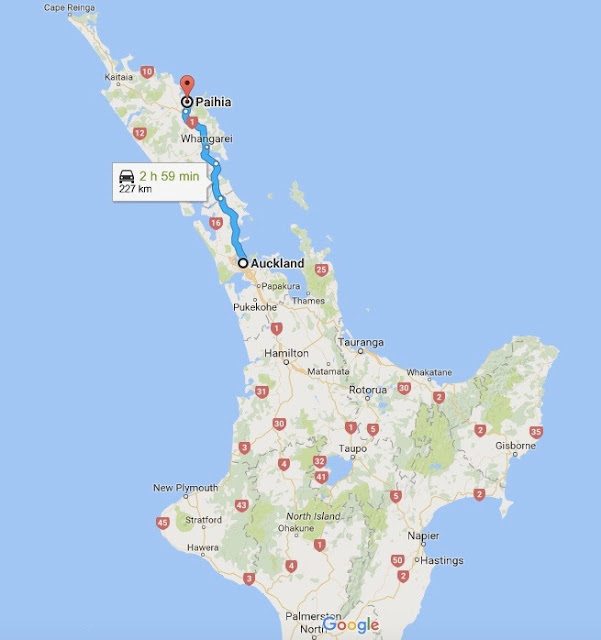 At a small store in Paihia, I bought some mountain jade jewellery for my wife. Some of us then headed to the Waitangi treaty grounds. This is an important place  for the nation. on 6th of February 1840, a treaty was signed between all the Māori chiefs and the British. It resulted in sovereignty over New Zealand. Our māori guide, who is a descendent of a chief, told us that they had no choice but to shake hands with the English as otherwise the French would be ready to attack them. 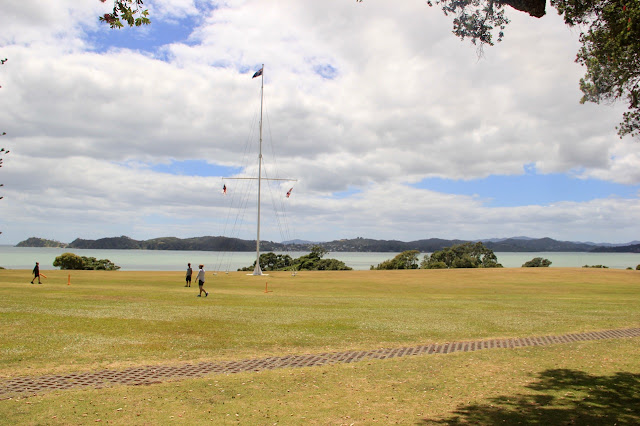 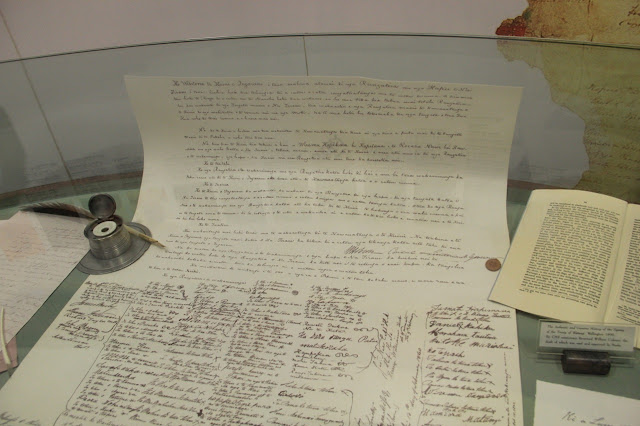 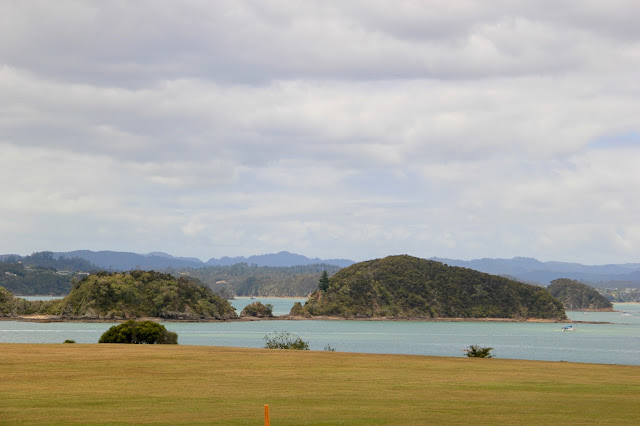 We also briefly talked about the French traveler who was beheaded by the Māoris. He and the sailors fished in the sacred area where fishing was prohibited. Several other versions of this story are also found on the net.

We also heard the story of how New Zealand was first discovered by a dutch explorer called Abel Tasman. He thought that the place resembled a place in Netherland called Zealandia and named it thus. But he was attacked by the tribes and so, he retraced from the land and headed back. Years later, James Cook traveled to Zealandia with some other tribes from Oceania and mapped the entire country. Eventually the place was christened as New Zealand.

But before all this happened, the first men to discover NZ were not the Dutch or the British. they were the Mārois. An explorer by the name Kupe and his family sailed in search of land and one fine morning, his wife saw long white clouds over a piece of land. She repeated her thoughts in her language - Aotearoa….meaning "The Land Of The Long White Clouds". Aotearoa was thus discovered.

When the Britishers arrived, there was nothing but forest everywhere. They cut forests and converted them into farm lands, constructed roads, railways, got farm animals etc. Thus Aotearoa transitioned into becoming New Zealand.

Another interesting story goes with James cook and the cabbage tree. James missed tea so much that he started to make tea of every leaf he found. He eventually tried this leaf that smelled like cabbage to him. Thus it was called the cabbage tree. The Māoris though used it extensively to construct their huts etc.

The island is filled with ferns. There are two types of ferns - Silver fern and black fern. Both are pretty. 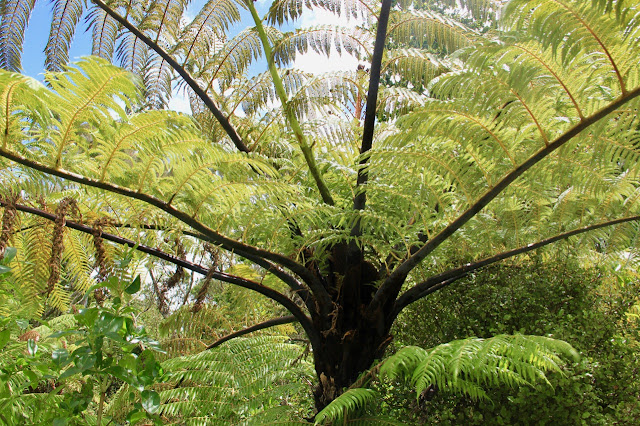 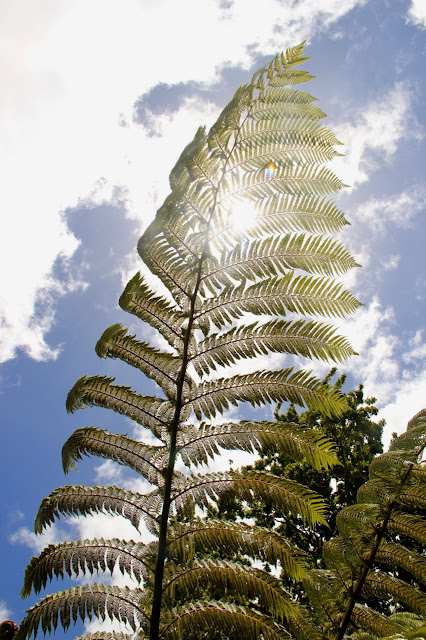 We walked around the area to see some artefacts and then headed back to the wharf at Paihia. 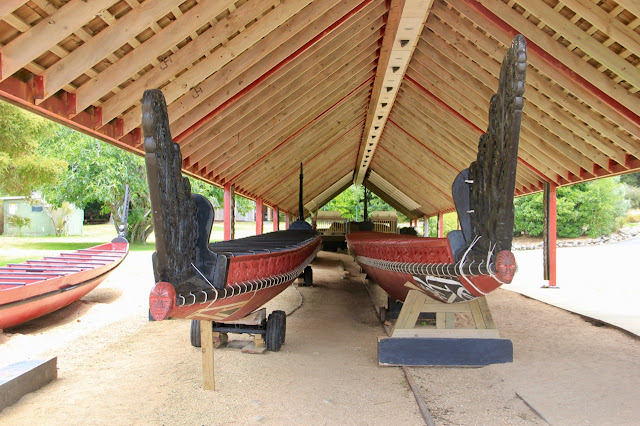 The dolphin ferry ride was fun. We got to see a lot of dolphins. 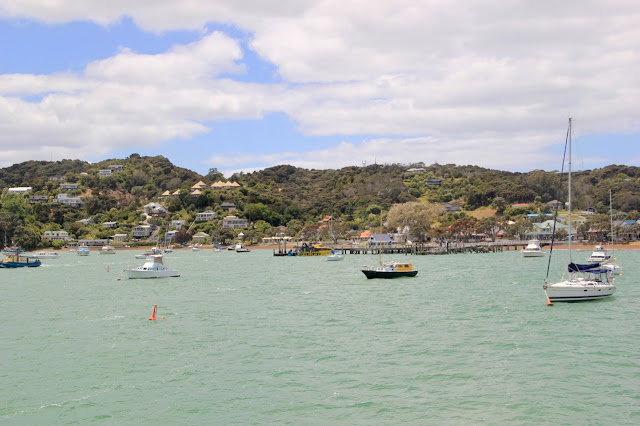 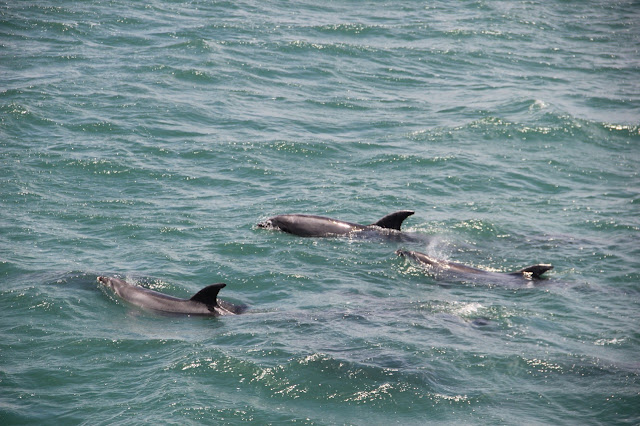 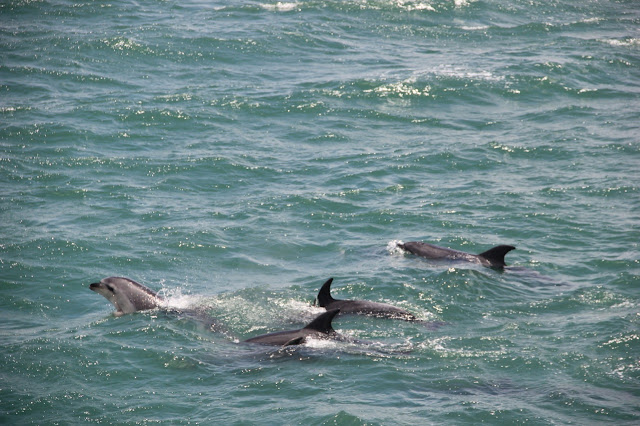 The ride up to hole in the rock was also very scenic. We rode through the hole and the views were spectacular. 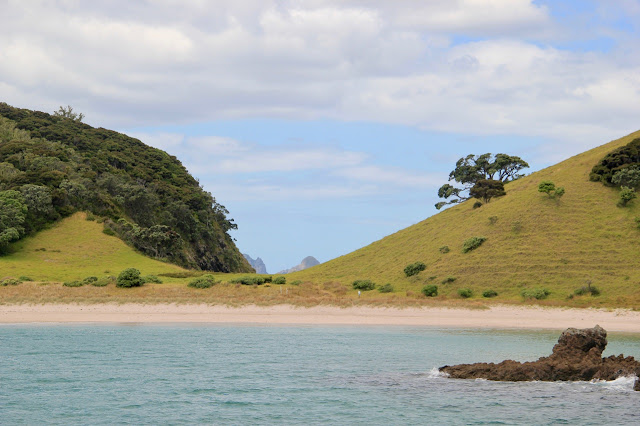 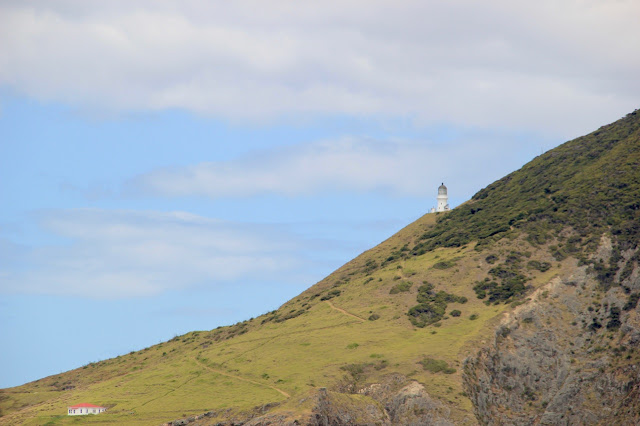 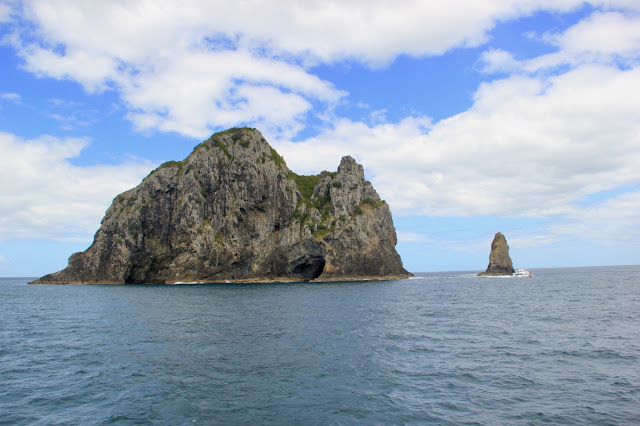 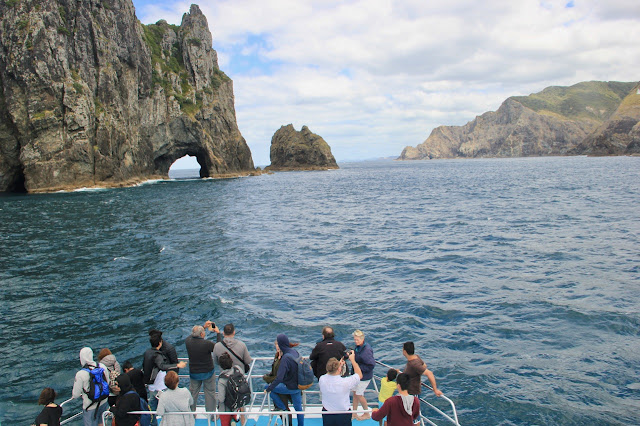 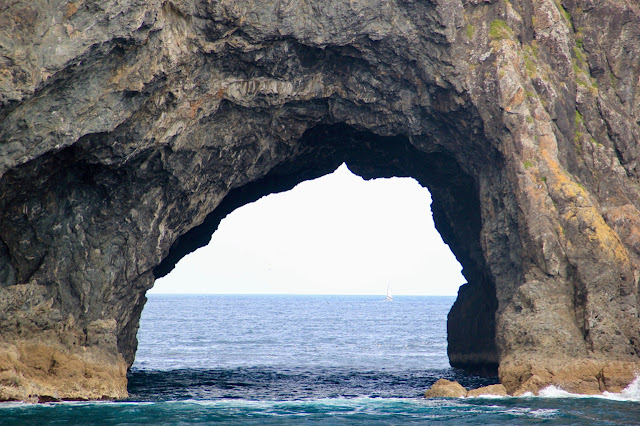 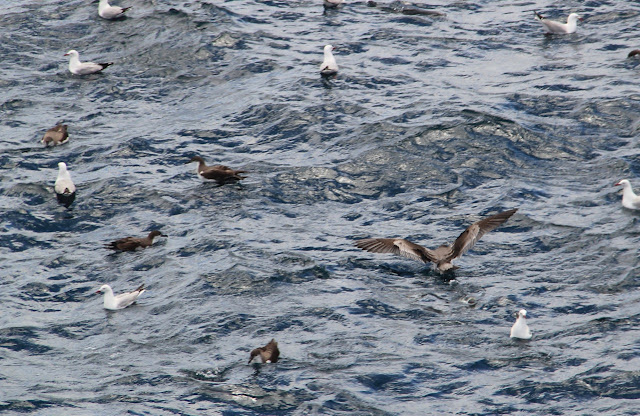 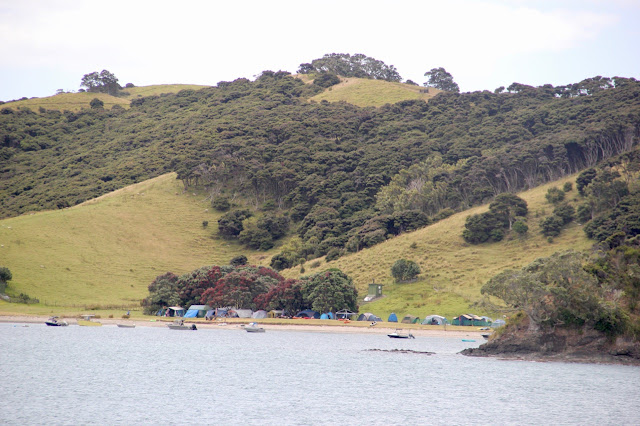 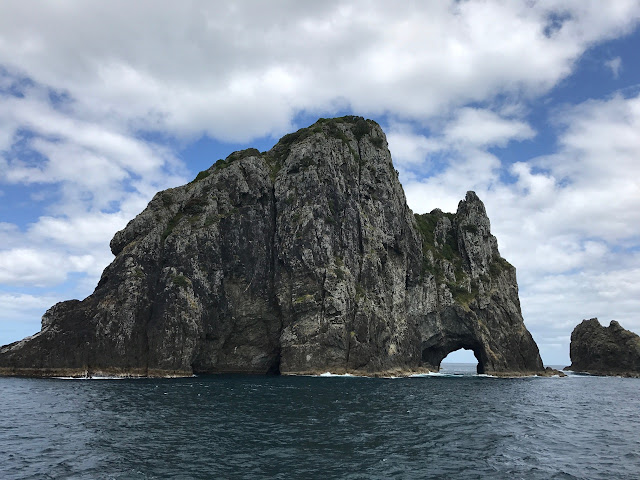 After that interesting ferry ride, we were dropped off at another island. Here, we had to be transferred to another ferry so that we could reach Paihia on time. We boarded the bus and headed back to Auckland, On our way, we stopped again at the same cafe and I had some much needed food - Veg wrap and a baked cheese cake. Both were delicious.

At Auckland, I did some shopping. Bought kiwi fruits and newspaper. At the kitchen, i met Bianca. She had done some adventure activity at the sky tower. She shared cute chocolates to celebrate Christmas eve. I thanked her for a wonderful company and bid her farewell.

Thankfully I had packed my bag the previous day itself. I had thoroughly enjoyed my three weeks in NZ. But, I am never sad while leaving a country. As I cherish my experiences, I also look forward to future adventures in new places. I was excited about being back in Hong Kong the next day.