Traveled to NZ, Returning From Aotearoa

I was ready to leave at 6:30 AM. An friendly Indian was at the front desk. We spoke for a while and then I bought my Skybus ticket from him for $18. I walked to the bus stop and boarded the skybus to the airport. Got off at the International airport. It was Christmas day and the roads had been empty.

At the airport, I had enough time to buy some souvenirs and a T shirt for myself. My flight was on time. I switched seats because a Chinese couple wanted to sit together. I was okay with that except that my Vegetarian food option had to be clarified with hostess. That worked smooth and when the food arrived, they directed it to me. I watched a couple of good movies to kill some time - The family Fang and Xuanzang.

At Hong Kong, thankfully I had no issues with the immigration. A new law was to pass from Jan 2017 ending visa free entry for Indians. I met Stefan and his Mexican friend. We decided to take a bus to town, as I had enough time. Along the way, we spoke a lot about my travel, India, Mexico and many other topics. Stefan and I never run out of topics to discuss.

We walked to a small South Korean restaurant. Stefan suggested that I try Bimbab. I ordered one without meat. It was delicious. Basically, lots of grilled vegetable, white rice and a tangy-spicy sauce. The sauce is what made the difference. I loved the food. 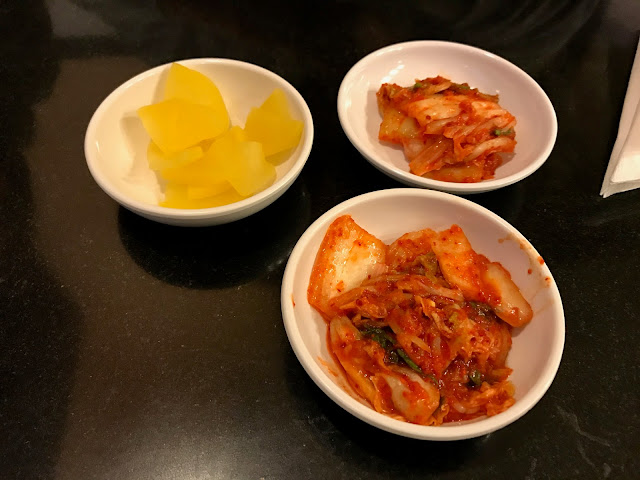 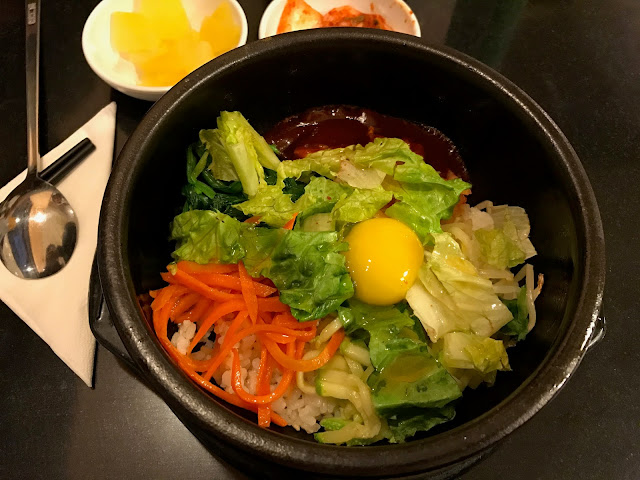 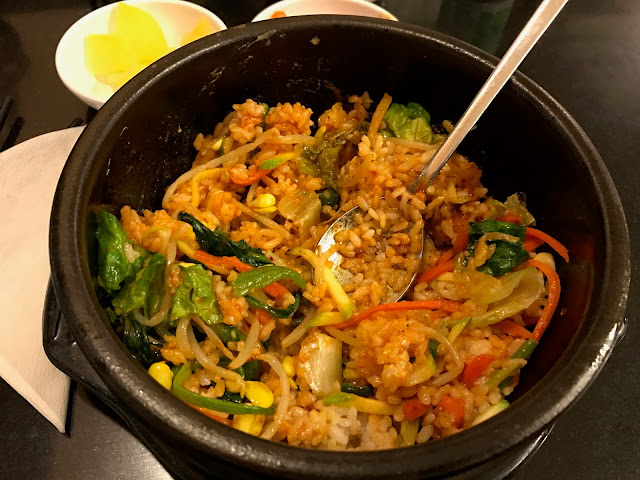 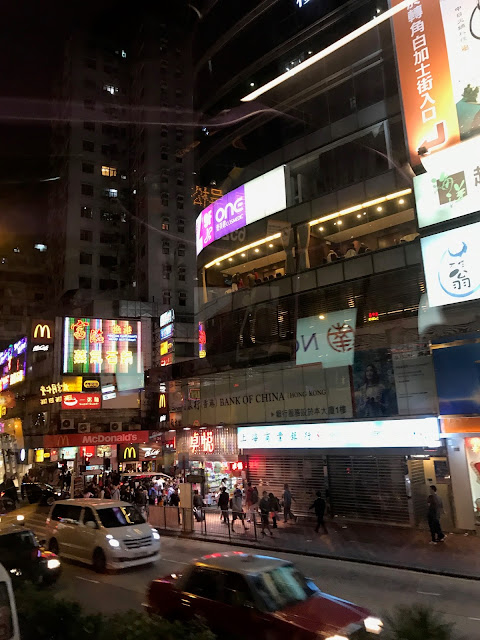 After that, we walked to their apartment. I got a glimpse of a HK apartment. Stefan had been explaining me how expensive HK was and how cramped the houses could be. But I got to see it how costly it was for a tiny apartment that he and Yulia shared with two other people. But I am sure, you get accustomed to a life style once you start living in a city. After all, living in Hong Kong is a great experience by itself.

We walked back to the bus stop and I caught a bus to the airport. I loved being back in Hong Kong and it was great meeting Stefan again.

In my next flight, when I arrived at my seat, I saw that an Indian family had already occupied it. The man requested that I sit in his seat instead. Well, since they had already occupied my seat and were well settled there with their baby and all, I guess I was expected to, by default, oblige to their request even though I had booked in advance, this seat with extra leg room. So I did just that. However, I mentioned to him that I had ordered vegetarian food. He said he too had ordered one vegetarian and one non vegetarian food. But when the food arrived, there seemed to be a lot of confusion and the air hostesses, who did not speak good English had a lot of trouble managing this simple switch. The guy was so busy eating his meal that he cared less about my problem. After some confused moments, the air hostess got me a vegetarian meal but it had a salad with shrimps in it. Except the salad, I accepted the rest of it. I guess, I am never going to switch seats anymore. What is the use of choosing seats in advance then?

Next to me sat a Tamil Indian, who was facing similar trouble with Vegetarian food. He told me that this was common and he always faces such a problem with food. He was returning from Japan. He had traveled on work and had stayed there for a month or so. So, now that the ice was broken, he began bombarding me with a series of personal questions. He wanted to know where I worked, where I had studied, whether I was married etc etc. He seemed very happy to inform me that he was recently married. He seemed a bit shocked when I told him that I was on a personal vacation for three weeks and not on a company sponsored, work related travel like many other Indians. An immediate silence followed when I told him that I was traveling alone, without my wife. He was confused by my answer to his question whether the cities in NZ were big and great. I told him that I preferred spending more time hiking in the mountains and backpacking to smaller towns rather than visiting cities. I think, I seemed so out of place to be an Indian, that he preferred to ignore me completely and went to sleep. That suited me perfectly too.

Those two incidents brought me back to the reality - I was returning back to India. Vacation had ended!