Everyday, I make it a point to speak to the migrant workers next-door and update them about the situation. With a lot of fake news and opinions being circulated, people tend to loose focus on the required information. Two important questions that Sugreev always asks me are - Have trains begun to ply? Has a cure been found for the disease? For both these questions, I have no affirmative answers.

"There are so many doctors in this world, but they seem to be useless", he said during one of our conversations. With the limited knowledge that I have in this subject, I tried to explain to them that finding a vaccine is not as easy as one may think. First, the virus has to be studied and its genetic sequence has to be arrived at. Then, a possibility of producing an immune response needs to be investigate. Several iterations of vaccines are then tested on animals. When there is success, they are mass produced and distributed. All this takes a lot of time; several years sometimes.  Of course, technology has helped us arrive at vaccines faster than before.

Sugreev also told me that their owner has been hinting at them vacating the premises. He asked them to see if they could walk to a toll gate along with vegetable vendors etc, get on a truck and find their way to their village, which by the way is around 2400 Km away. Everybody is creative; it is just that they use their creativity to meet different objectives that they have assigned priority towards.

Our apartment dog, Blacky, has been very happy. With no vehicles on the road, our watchman, who is very fond of the dog, sets him free. Blacky is often seen with the female dog from the opposite house, exploring our neighbourhood. Life seems to have fallen into a new rhythm.

We have begun our university classes online. Apart from my French classes, I also attend classes on Philosophy. Back in the University, during my free time, I would attend Philosophy and Political science classes. I found that extremely useful to develop my knowledge and understand my own subjects (Linguistics and literature) better. With schedule perfectly matching, I am now able to attend all Philosophy classes along with my French classes.

By the way, Baki had given birth to three kittens on the 7th of April. Until two days, we had no clue of where they were. On the 9th of April, we found them under a car parked on a neighbouring street. We immediately decided to bring them home as it was dangerous to leave them there. So, we have now given shelter to a homeless family of three - A mother cat and three adorable kittens. Here they are! 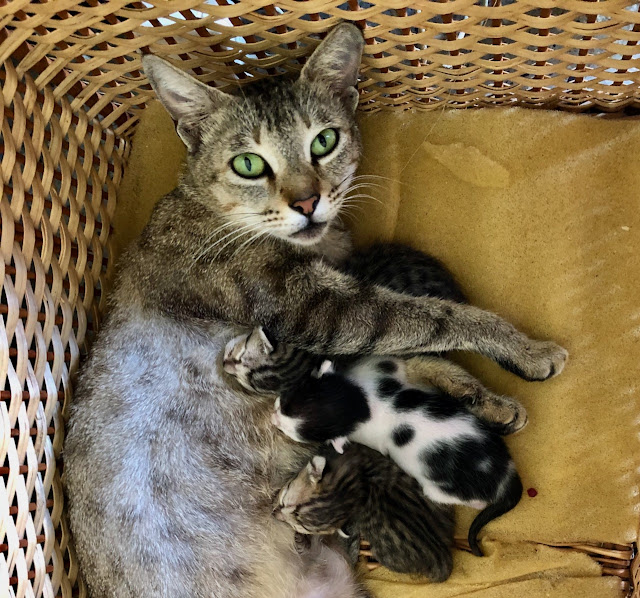 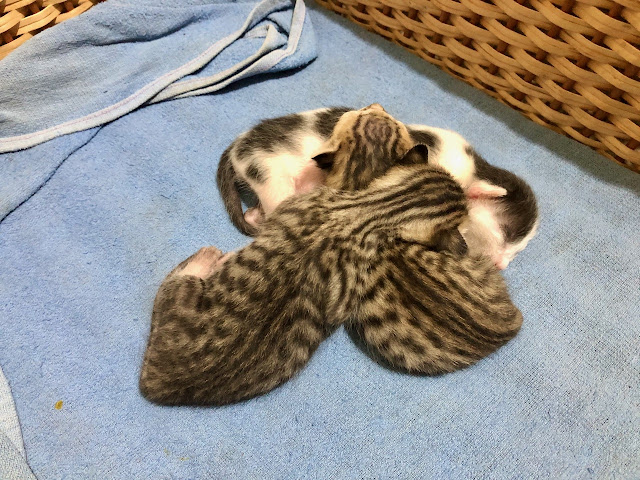 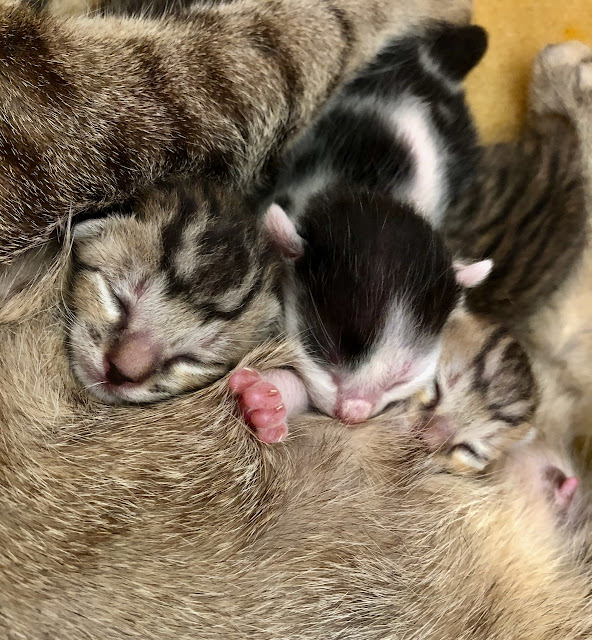