I had planned to meet Roc and Lidia this day. I had met this lovely couple during my backpacking in Sri Lanka. I was touched by their friendliness. They were the first Spanish people I had met and they had created a very good impression of the culture they represent- Very outgoing and lively. They live in a town called Vendrell about 70kms from Barcelona. Since they have a little baby now, we decided to meet at their town. To me, the thought of just meeting them again was an incredible feeling.

I took the train to reach Vendrell. Lidia and little Mar were already waiting for me at the station. It is a very good feeling to meet a co-traveller again. We walked around the small town of Vendrell and it was a beautiful experience. Since it is a small town, many knew each other and some stopped by to talk to Lidia and Mar. We stoped at a shop to print pictures of Mar that Lidia was planning to gift her Parents and in-laws. 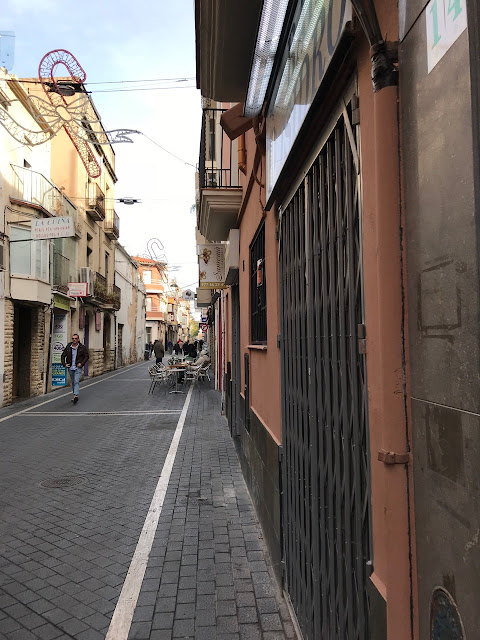 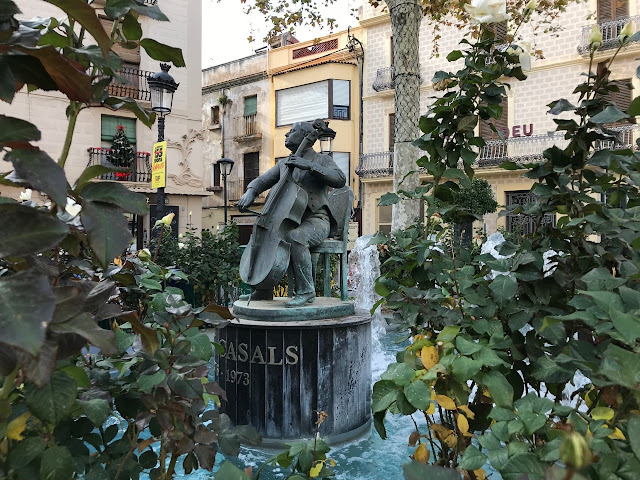 We walked to the church in town. I must tell that it is one of the most beautiful churches I have ever visited. It has some intricate art work. Lidia showed me the idol of Marry with a hand kerchief that she believes is the one that she had stitched as a little girl. 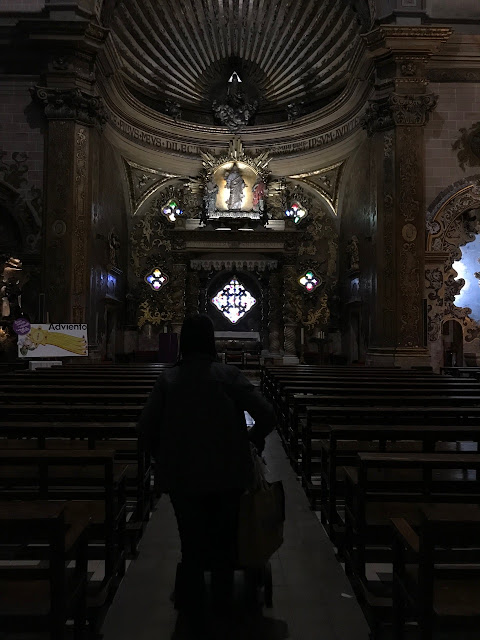 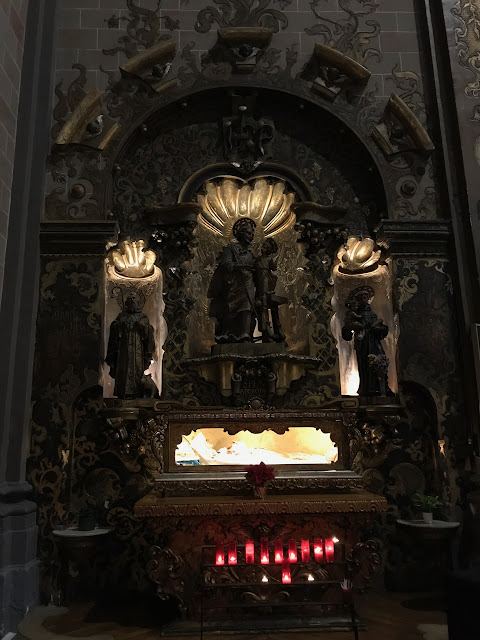 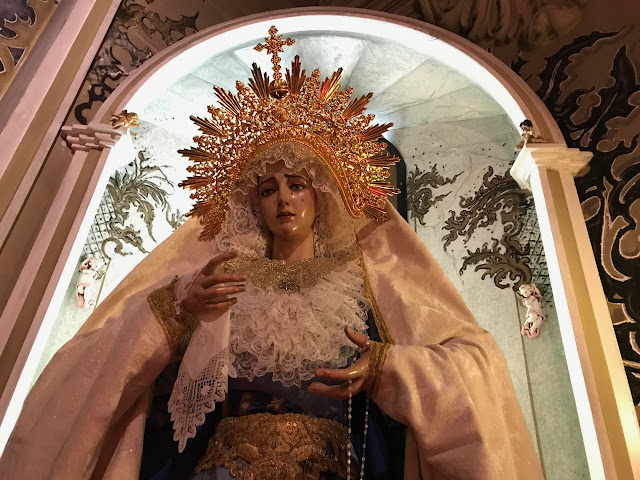 We walked along the narrow streets of this beautiful little town. At the Rambla, there was the weekly market set. There were buildings with interesting art work on display. 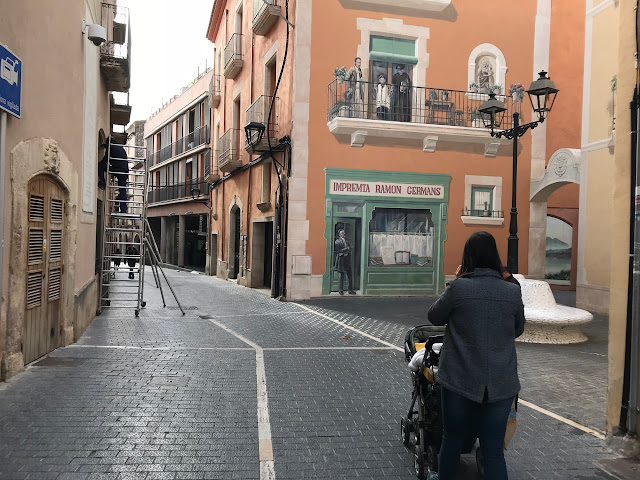 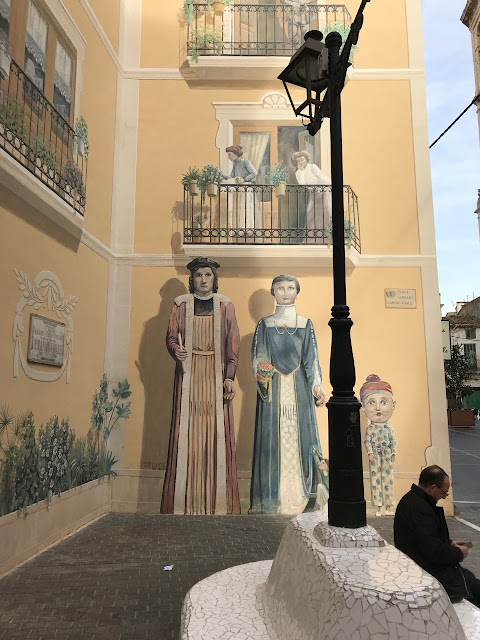 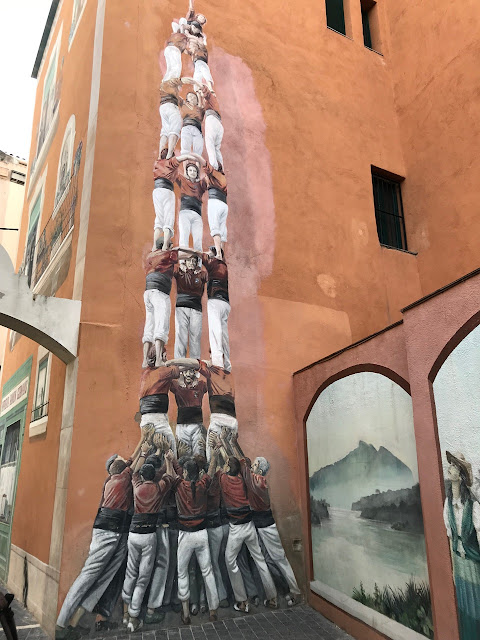 We also stopped at a café run by Lidia’s friend. It is interesting to see that people are loud here and the atmosphere is very lively. A similar café in France would have been very quiet. The culture in Spain reminds me so much of India. Olives are served with beer here as sides. 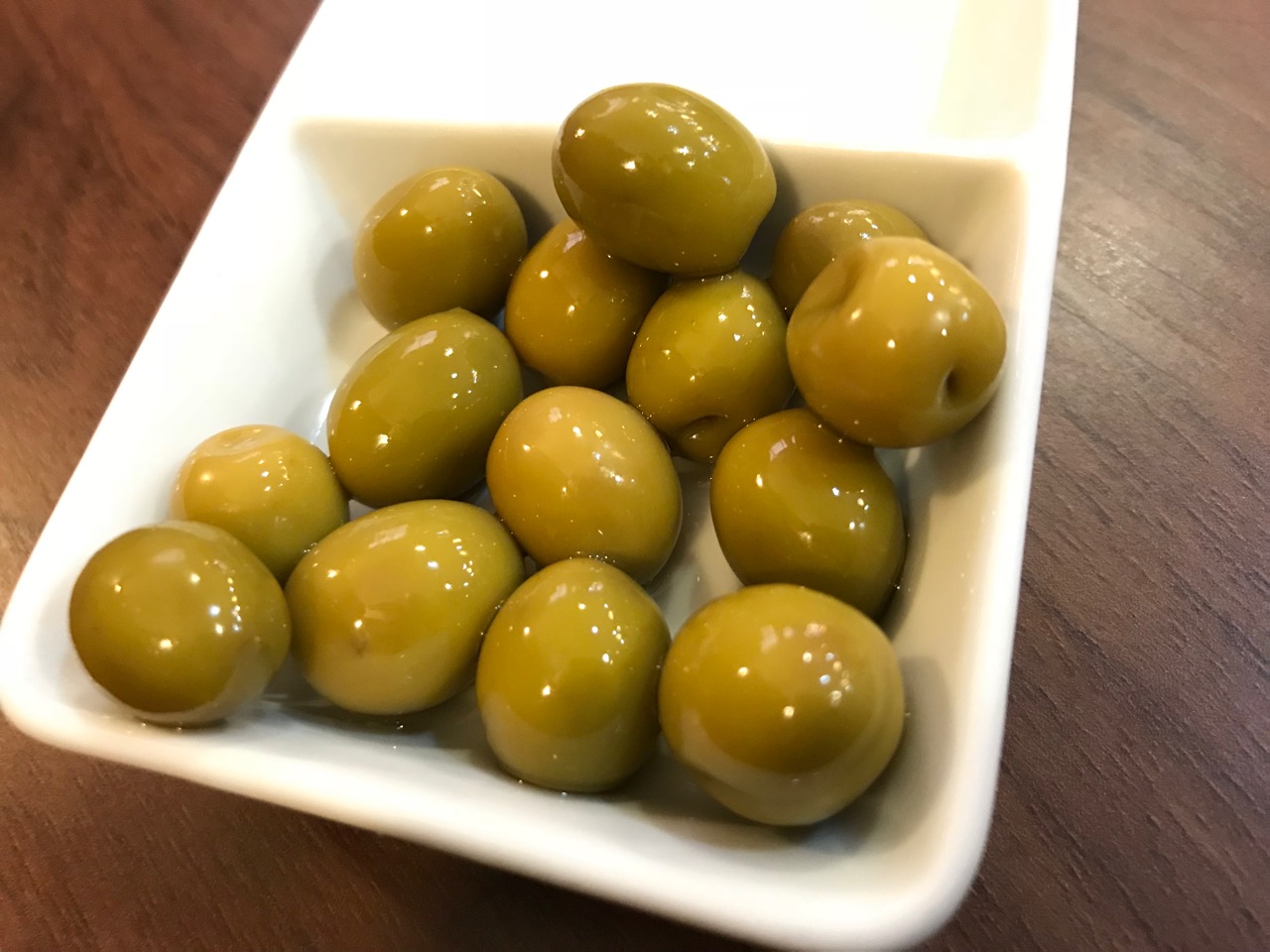 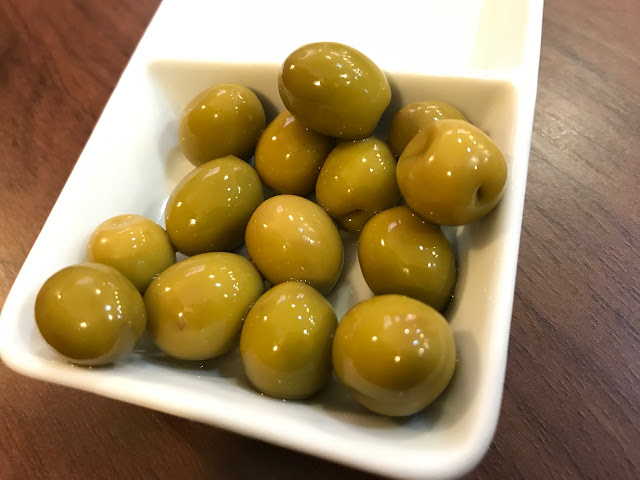 For lunch, we walked to a Vegan restaurant. Roc joined us there. It was his last day at School before Christmas vacation. He teaches Sports. We had some really delicious food there. 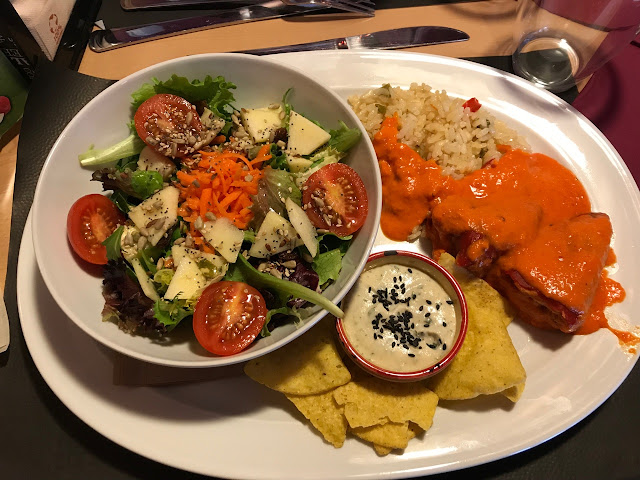 But the highlight was not the food but the discussion we had. We three had so much to talk. They have finally bought their camper van that they had mentioned to me about in Sri Lanka. I got some insight about the Spanish culture and life style from them. I also felt comfortable talking to them about the Catalan issue. They told me that while people in big cities still wanted to stay united, the people from small towns preferred separation. However, that is not entirely true. Of course, there is a difference in opinion even there. Catalan is the bread winner for the country and the people there feel that the money generated is not effectively used for their development. There is also a debate of Spanish language being imposed over Catalan. It was difficult to take sides here as on one end people wanted to stay united and think beyond their country; as a citizen of EU and on the other, people wanted to preserve their culture and their identity. Roc and Lidia told me that they spent hours after dinner discussing random topics. They tell me that it is a common practice in Spain. They also have regular family dinners at her uncle's farmhouse. All together, the family bonding in Spain seemed very similar to that in India.

We stopped by at their place for a while. I had carried some gifts for them and Lidia gifted me a book and some packed desserts. She had bought the Spanish book she gifted to me in India and now she was happy that it was returning to the country. I asked her to write something on it for me.

We drove to Tarragona, a town about 35kms south of Vendrell. Pretty little Mar was asleep during the journey. Roc , Lidia and I discussed a lot about current affairs. It was really a very nice and healthy discussion we had. I truly enjoy such company.

At Tarragona, Lidia guided us to the old town. She had studied here so she knew quite a bit about the place. I loved the old town as it had some impressive roman architecture. We simply walked along the narrow streets admiring the architecture. 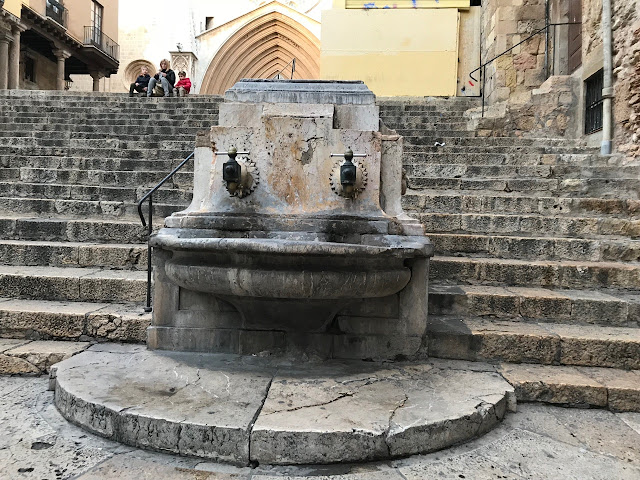 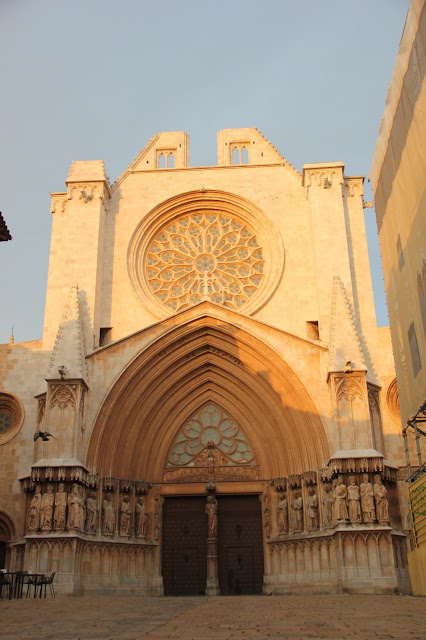 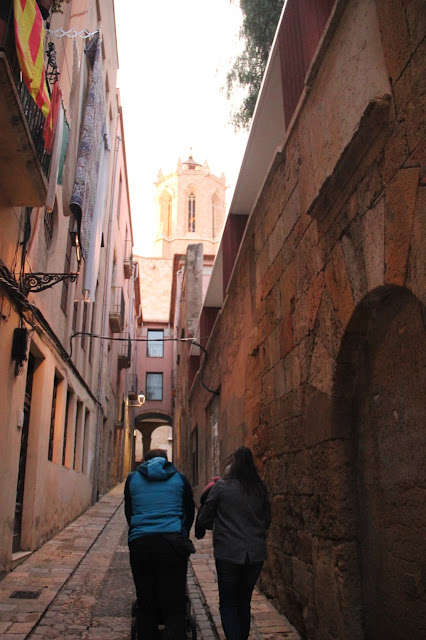 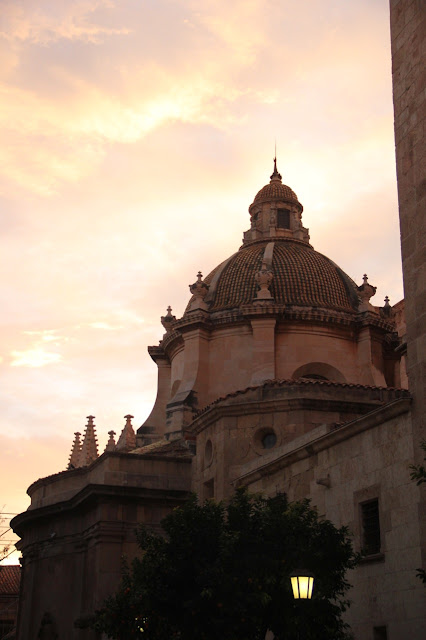 The amphitheatre though is the highlight of this town. It is located next to the beach. 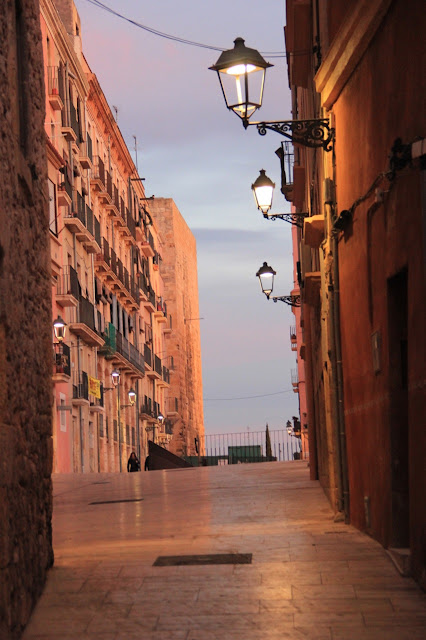 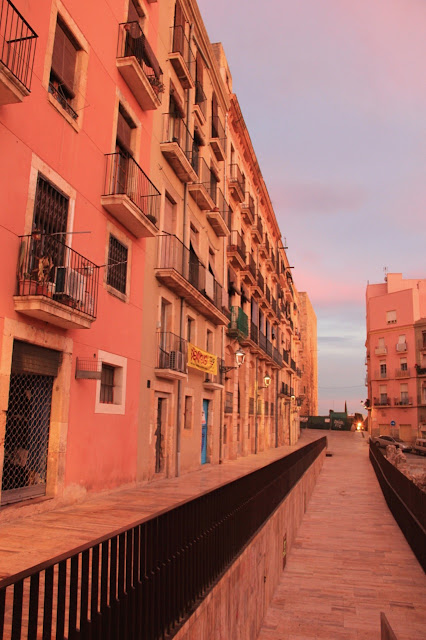 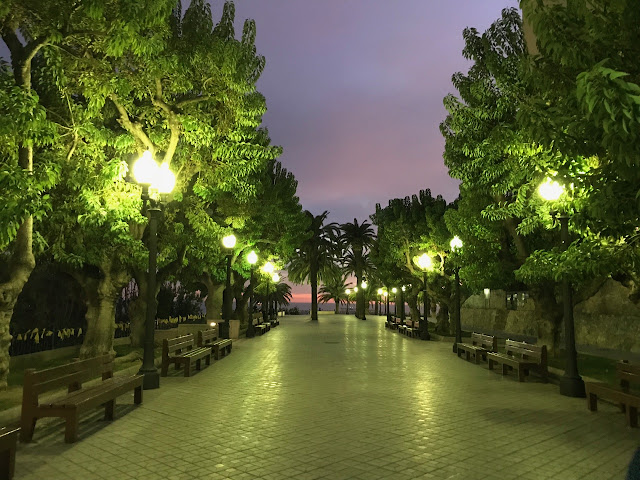 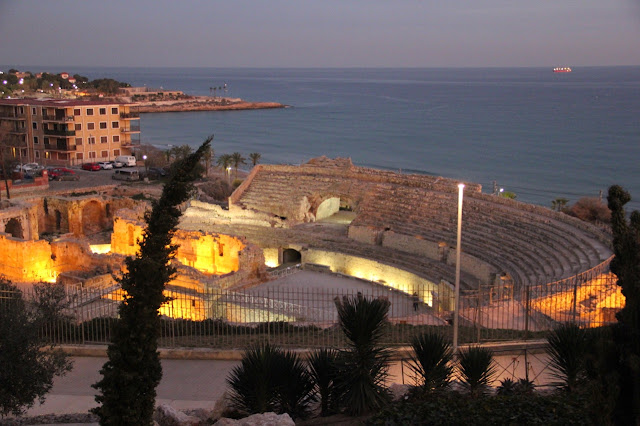 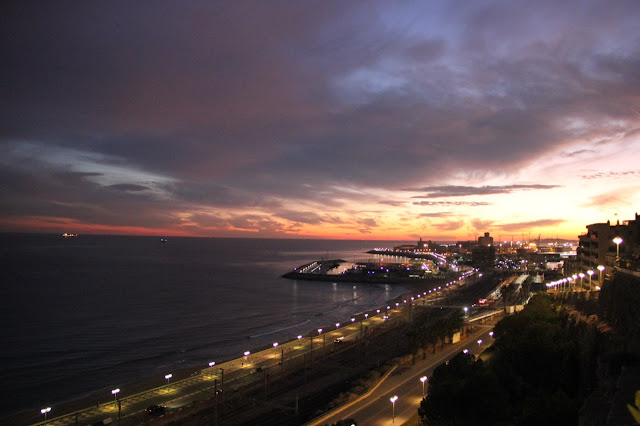 At Rambla, we heard a music performance by a young girl. She had a great voice. When I desired to know the name of the song, Lidia went and spoke to the girl. She told me that it was a song about Catalan Independence. What is nice about this protest is that everyone is  peaceful and polite about their request. They are open to talk about it. I realised that what media portrays is mostly an exaggerated image of any event. The reality is known only when one visits the place and talks to people. These are normal people, peacefully asking for what they feel is their right. 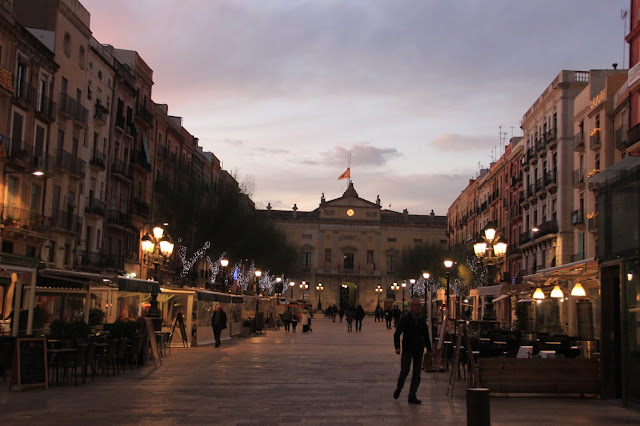 Back in Vendrell, I bid farewell to my lovely traveller friends  At the railway station, Roc met his student Enrique who was traveling to Barcelona to play football in a ground near his uncle’s house. He was excited about the Barcelona-Madrid match that was to take place the following day. I took the train back to Barcelona. Enrique is basically from Brazil but has been in Spain since he was a child. On my way back, I opened the book Lidia had gifted me. She had a nice message written for me in which she had referred to us as Trotamundos (Globetrottrers). I instantly took a liking for that word. I was emotionally touched by this visit and the feeling of meeting the fellow travellers was incredible. Because, you know that we share the same passion for life.

Back in the hostel, Ghita and Karim had not seen me for two nights and they were surprised. I enjoy talking to them in French. They are very witty and interesting as well. Since I was not able to spend a lot of time with them, I told Karim to give me a call when they come to Madrid so that we could perhaps share a lunch together.

I had promised Jason that I would meet him before leaving to Madrid the next day. I strongly feel that it is important to bid a proper good bye while parting. So, we decided to meet at his favourite Chinese restaurant. Before I arrived, he had already spoken to the owners and ordered some food for me- Rice balls with Sesame fillings and herbal tea. That was really sweet of him. I had noodles too. The food was delicious. 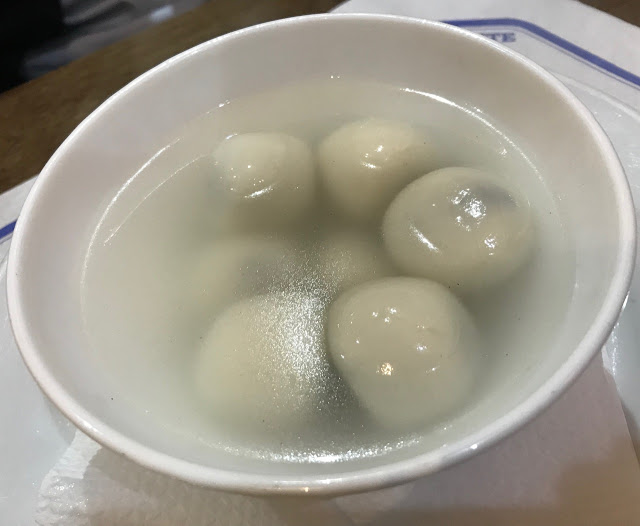 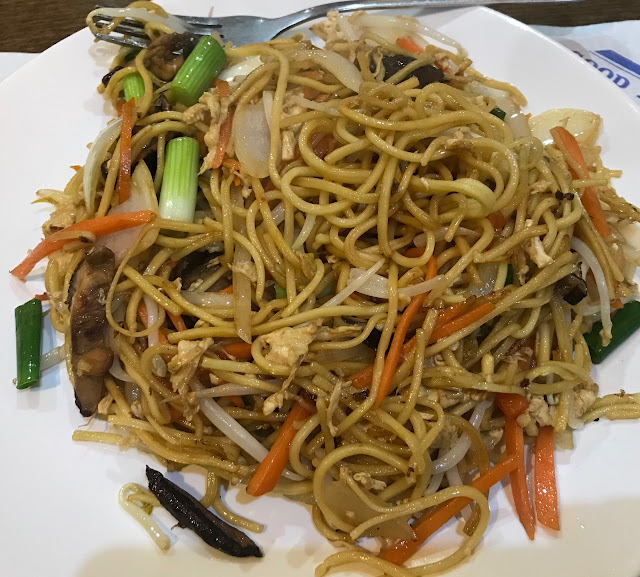 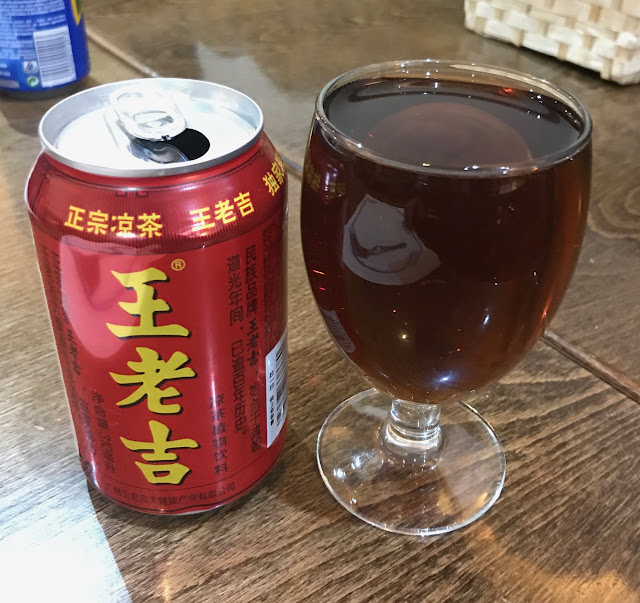 We chatted for a while and then it was time to say good bye. I have truly enjoyed his company and hope that our paths cross again someday in some other part of the world. After all, we are all Trotamundos!
Continued Here
Spain Travel