Another day of journey arrived! I know, I have been traveling continuously but things got a bit out of plan when I had to head back to Mt Cook. But God! what if I had not gone there. That would have been a disastrous decision. Anyways, I did not find a direct bus to Picton from Christchurch so, I had to stay at Nelson for a night.

Our bus passed through the plain lands and began to approach a new set of hills and mountains. At one point, the road was in middle of a vast plateau that was bordered by mountains in all directions.

We stopped at Hanmer springs for 40 minutes. I used that time to buy some post cards for my family and friends. I also located the post office but had no time to write the messages. So, I headed back to the bus hoping to find a post office in Nelson. We stopped at Murchison and then again for lunch. 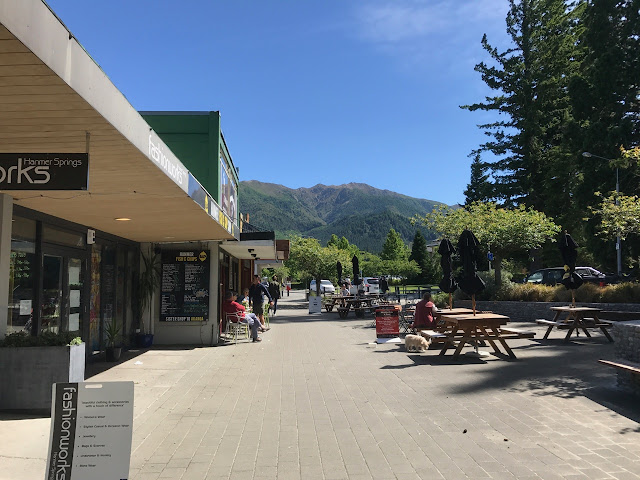 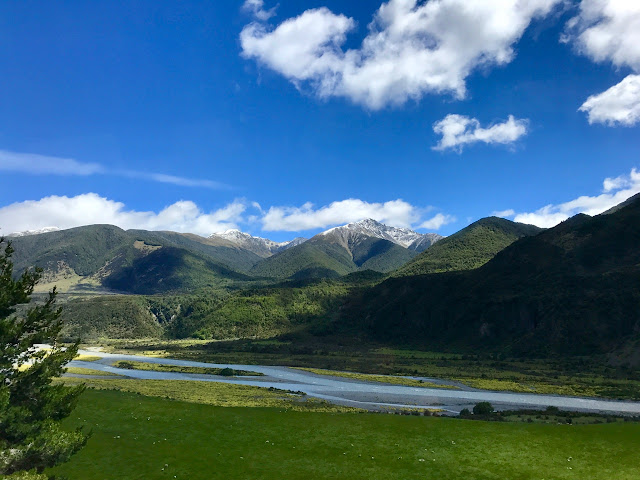 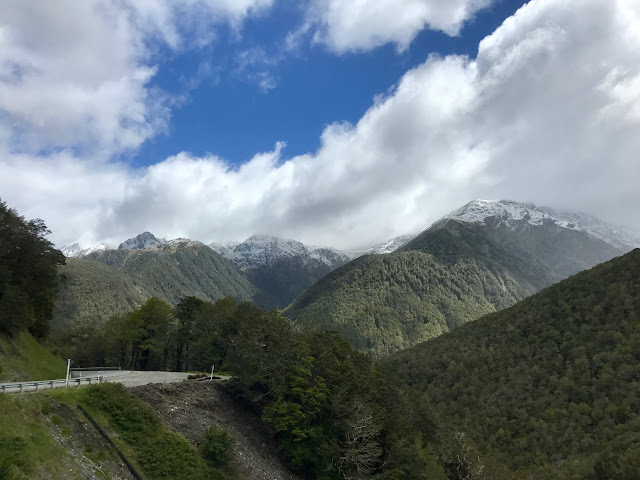 By now, we were in some hilly region but it was depressing to see a lot of pine trees all around. I say that because pine trees are not indigenous to New Zealand. They were brought here by the English and now, are a part of major timber export business. Trees are grown, cut and then regrown. A lack of bio diversity makes the sight of pine trees rather dull after a while. 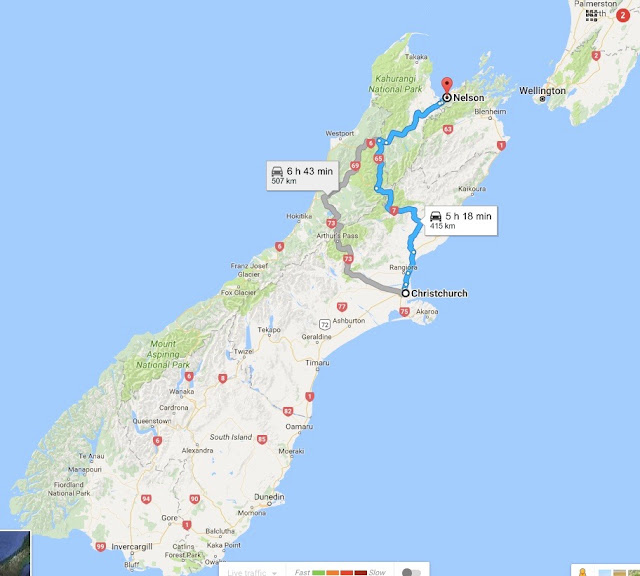 I reached Nelson at around 4:30 pm. I had booked YHA hostel again as they are standard and have similar facilities everywhere. I walked to the closest post office. They were about to close but I was on time to collect a pack of stamps. Since they were open the next day, I decided to return there to post my cards.

There was a theatre across the street from where the hostel was. Its a renovated 19th century theatre. Theatre Royal had a performance called Applause by the students of a Farger Academy of Dance. I was hoping to watch a play but with only that option, I decided to watch it anyway. 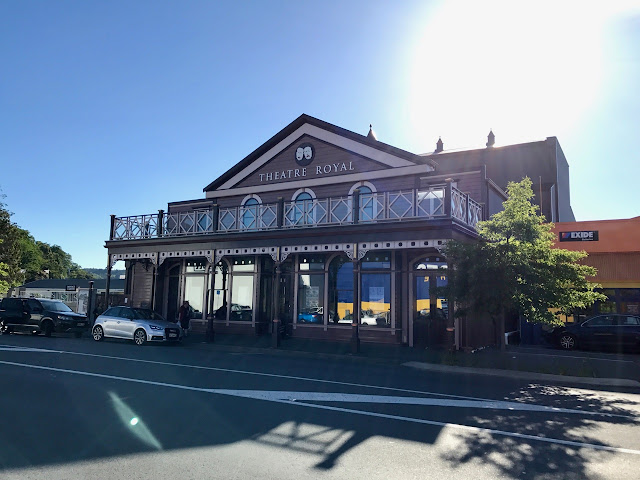 At the theatre, I saw locals. Many where the parents and family of the kids who were performing. The families seemed very reserved and mostly to themselves. I noted that they are not as animated as the Americans. A similar situation in the US would have been different, more dramatic I guess. I don't mean it in a bad way but its just that I find Americans more expressive when it comes to emotions.

At the snack bar, I spoke to an old lady who had an interesting collection of wine. She suggested me a local wine (Latitude 41) and as we spoke more she told me that she had been to Bangalore. She had visited the Shri Shri Ravi Shankar ashram for the Art Of Living Course. She was honest in telling me that she did not like the chaos and noise in the city. She enjoyed her stay in the ashram though. She told me that she would also love to visit Kerala for the Ayurvedic experience. 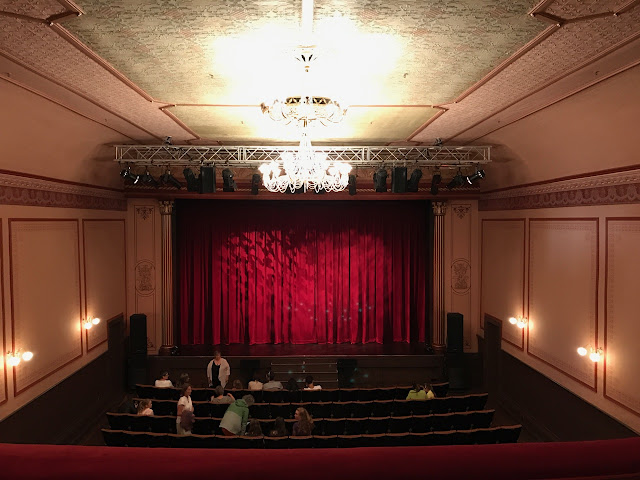 I took a walk around this pretty little town. At a nearby church a bunch of locals were rehearsing Christmas choral. I sat there observing them for a while. painted glass windows and a huge organ case is very impressive. 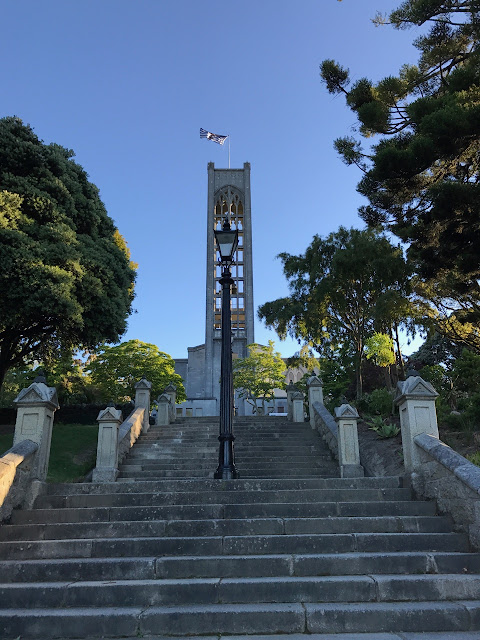 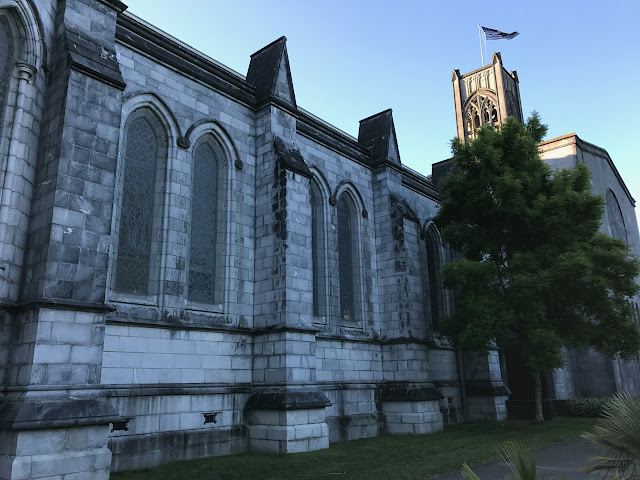 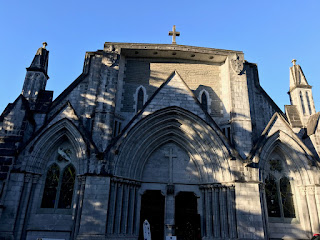 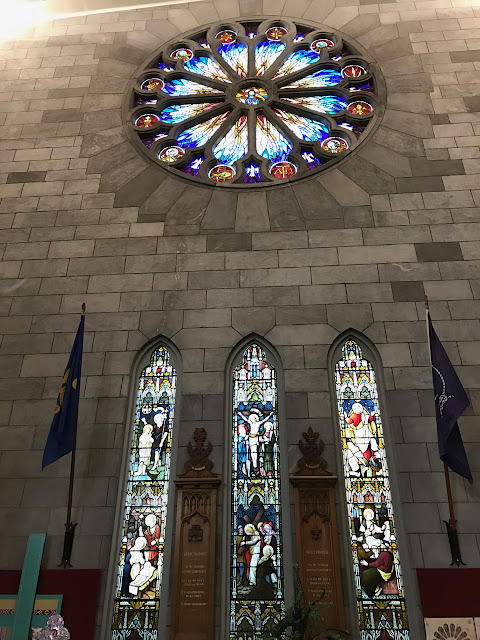 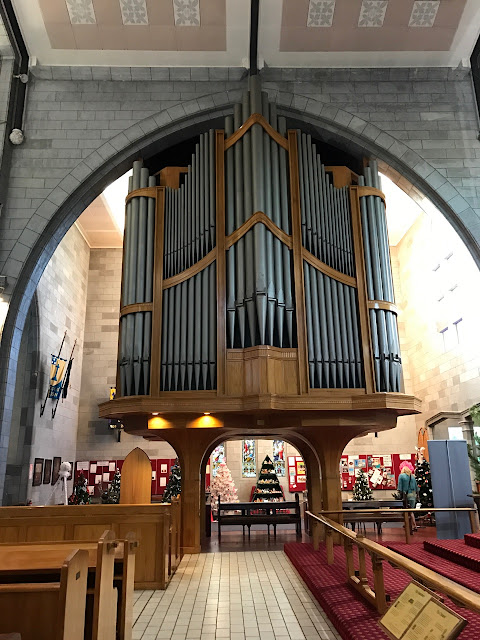 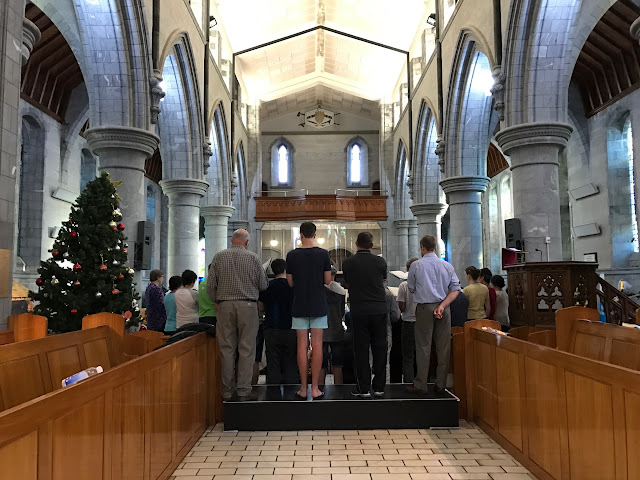 I walked upto the sea but unable to find a easy way to get to the beach, returned back. I somehow liked this town a lot. May be because I got to interact with the locals, with the kiwis. Otherwise it had been only meeting travellers. 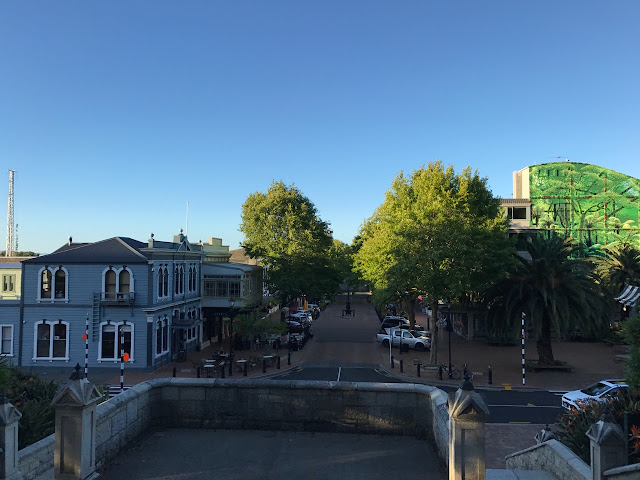