I had dedicated this day for a trek to Roys peak. The beginning of the Roy’s peak trail is at around 6 kilometres from Wanaka town. That is about an hours walk. The girl at i-Site had asked me to hitch-hike and she had told me how easy and common it is to hitch-hike in NZ. Alex though had told me that she had walked all the way to the base. She always felt  uncomfortable to hitch-hike as it is illegal in Canada. She told me that she had followed the track by the lake. So, undecided of what I would do, I left the hostel at around 8:30 AM. I stopped at i-site and made my reservations at Mt Cook motel. I packed a vegetarian sandwich at a café for my lunch. I tried to hitch-hike but after 5 minutes, without any success, gave up and decided to walk along the lake as Alex had mentioned. The views were beautiful. 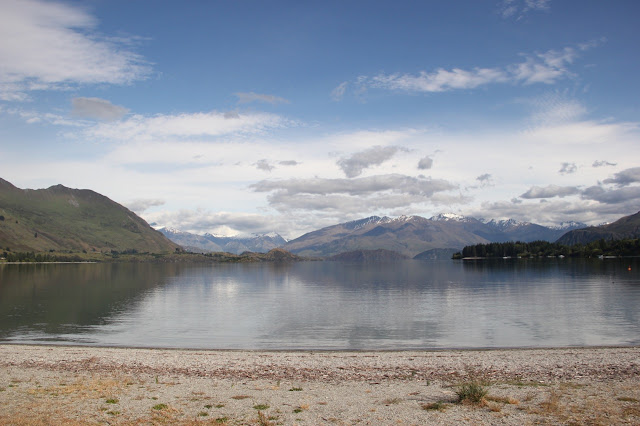 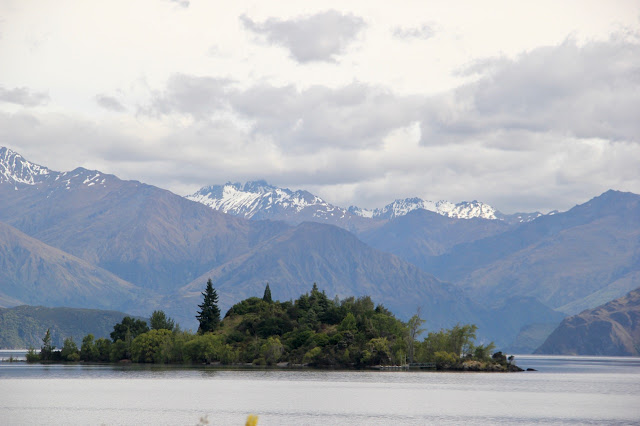 During my walk, I came across one of the major attractions in Wanaka called Lone tree. I am not sure what I was expecting but this sight really made me laugh. I mean its really pretty and all but seriously, an attraction? 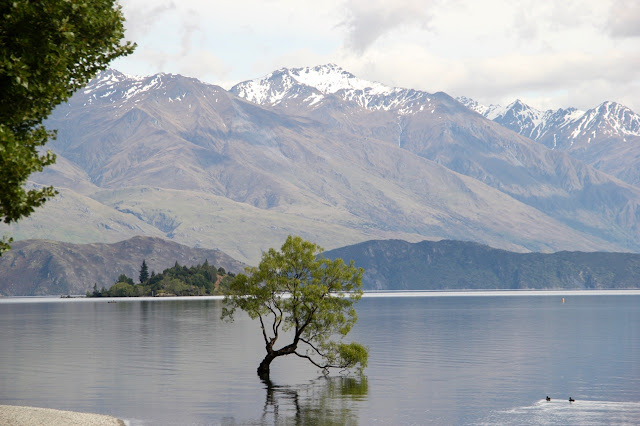 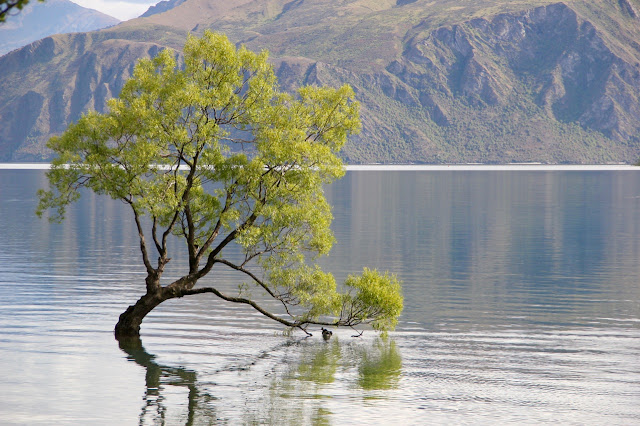 I walked along the lake for some time. The track passed by a resort, vineyard and houses and then joined the main road at Wanaka creek. At the main road, I was a bit confused if I had to head back towards the town or move forward. After a few rounds back and forth I finally decided to head forward (Away from the town). After a kilometre or so, I saw a parking lot and the trail to Roy's peak. 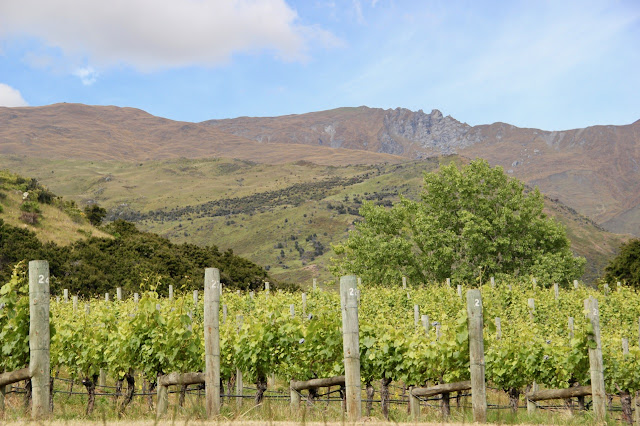 By the time I reached the base it was 11:30 AM. The trail passes through a private farm. The grazing sheep shied away as I approached them. It was also interesting for me to see that rose plants grew like a weed in the hills. Back in India, the same tiny pink roses gain a special place in our gardens and here they were just an ordinary wild bush found on the hills. I had a sudden urge to convey this thought to my mother. I clicked some pictures to show it to her later. 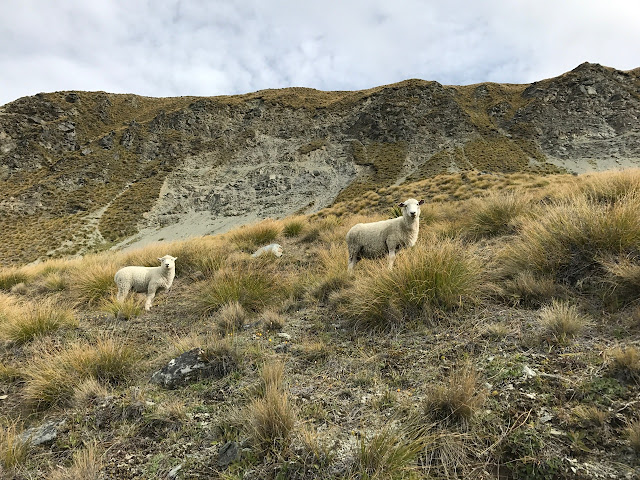 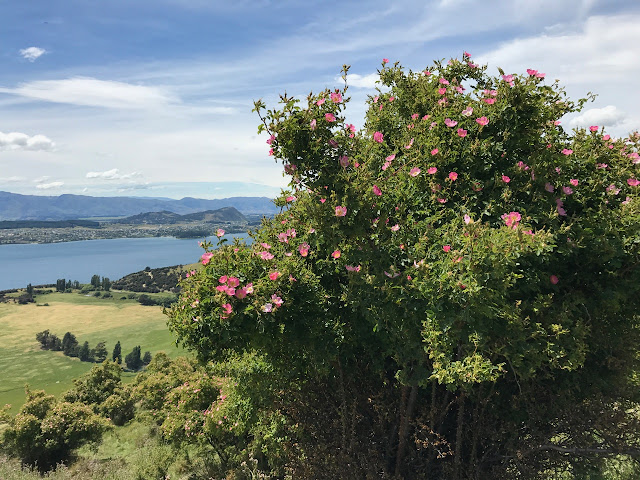 On my way, I met the Swiz couple again. I had mentioned to them last night that I was doing this trek and when they went to DOC that morning, the authorities had asked them to avoid it as it was expected to be windy. While driving past the trail, when they saw a number of vehicles parked, they decided to do it anyway. Senisha mentioned to me that he had read in the newspaper that there was an earthquake in the Solomon island and a tsunami warning was raised. I was heading to Stewart Island the next day and that worried me a little but by then I had already taken many risks that this did not seem any bigger. 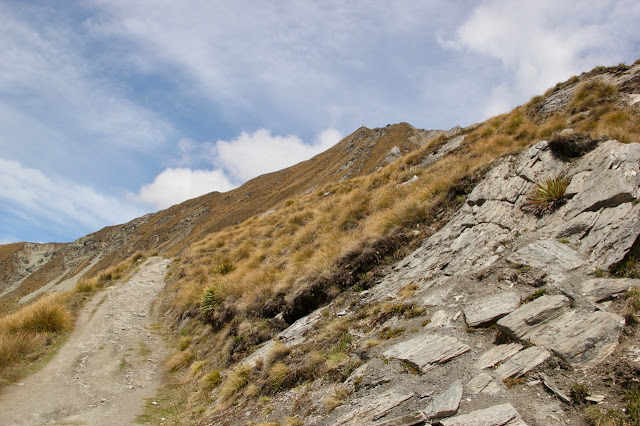 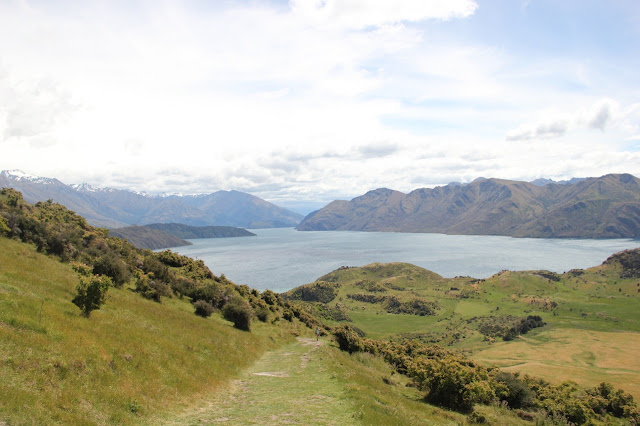 The trek is very steep and that made me slower. Senisha and Rita though were too fast for me. Senisha told me that Rita is an avid trekker and she has done a lot of hikes in the alps. Allowing me to take my time, they moved ahead.

On my way, I befriended Yusifi from Indonesia. He was struggling to climb up. Our speed matched so we stuck together for some distance, engaging ourselves in some conversation. He had visited Christchurch for a college conference and had extended his stay by a week to travel around south island. At one of the view points, he gave up and decided to stay there while I continued.

Almost close to the peak, I met Senisha and Rita again who were returning back. Senisha suggested that I take a short cut up to the peak that was extremely steep but would take me less time. Many were doing that route so, I decided to take it.  That was a scary path as it was almost at the edge of the mountain. A slip could have been fatal. But, I enjoyed this stretch as it was challenging and bestowed some spectacular views. 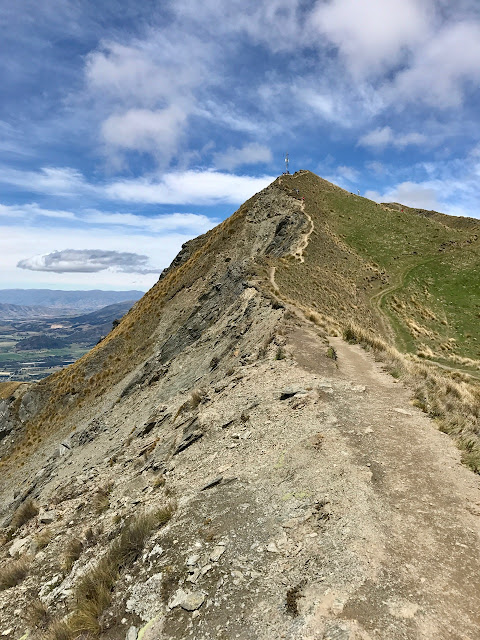 At the summit, I relaxed for a while. It was just amazing to be surrounded by mountains. There was one girl who loved to take pictures of others. When she declared that everyone else requested her to click their pictures. She happily obliged. Wanaka lake looked different from the top. One could see it in its entirety. It was windy but very relaxing at the summit. I had reached the summit at around 2:55 PM. 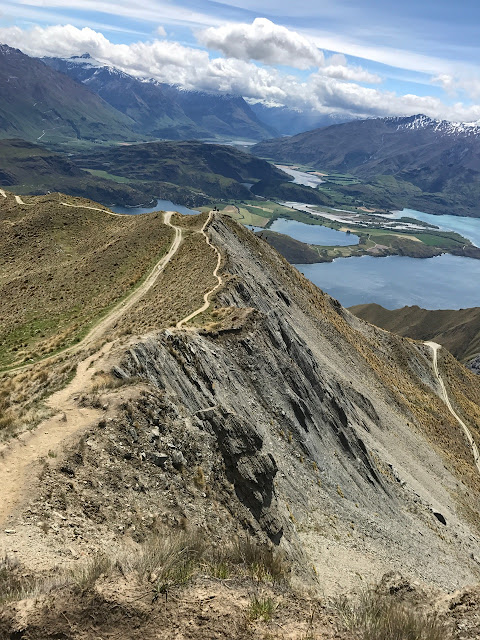 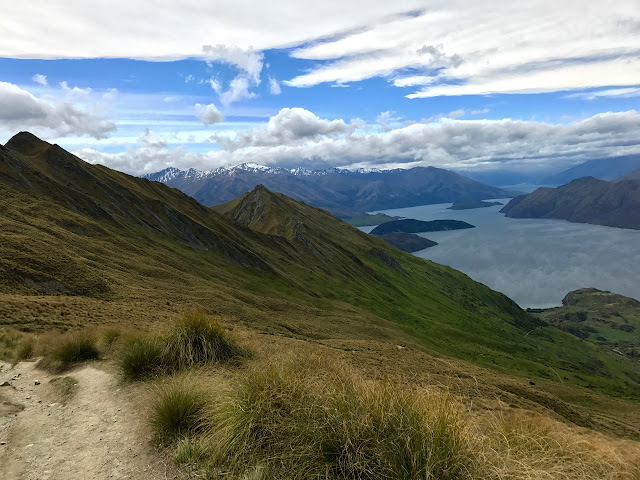 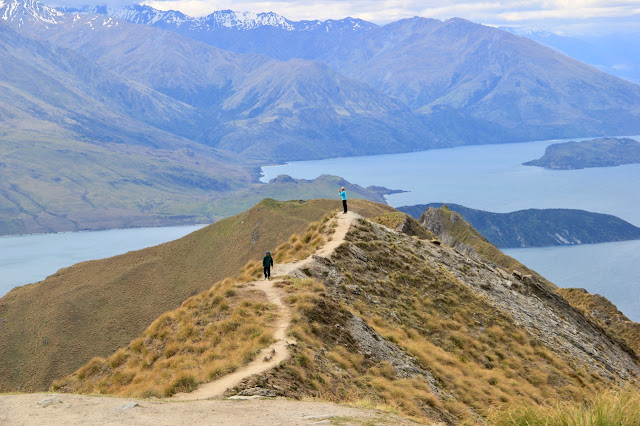 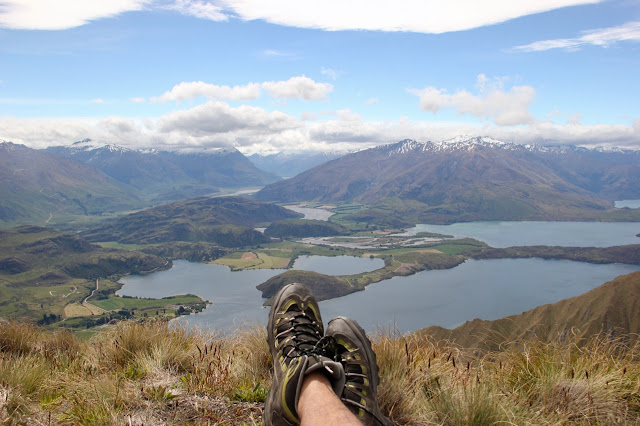 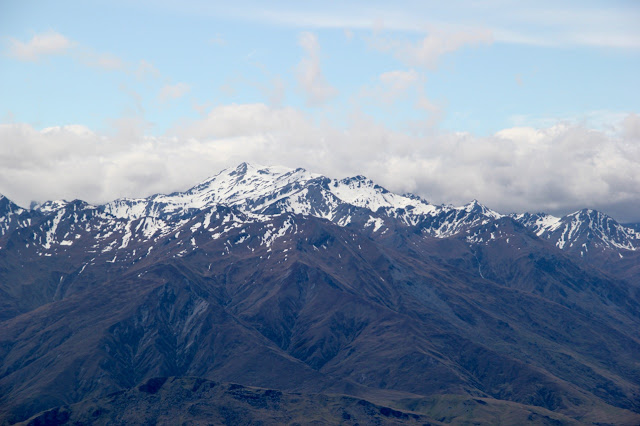 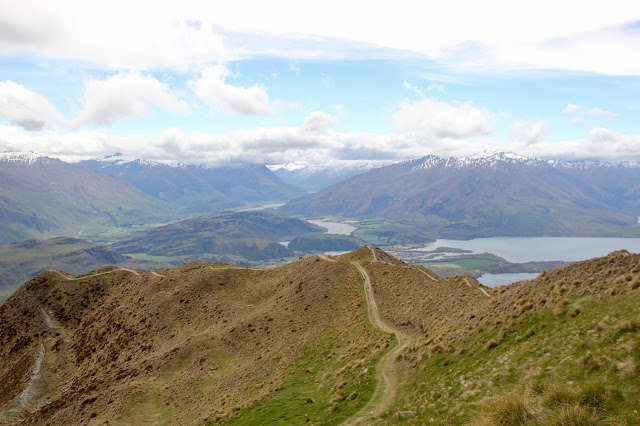 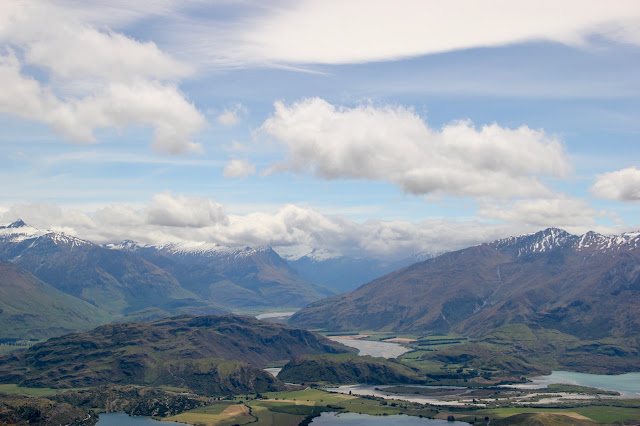 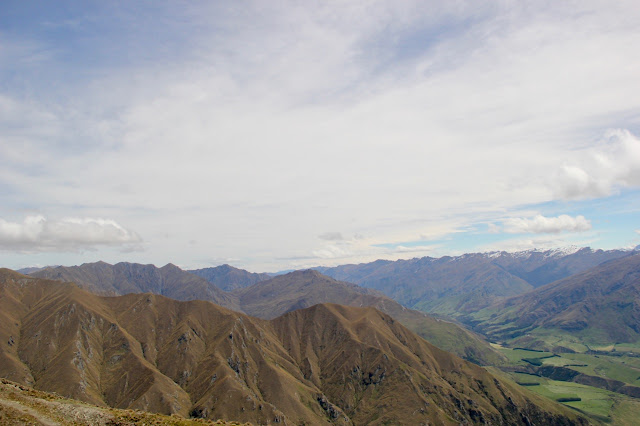 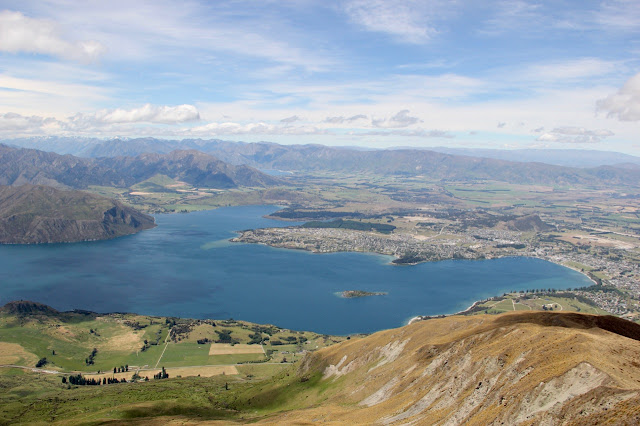 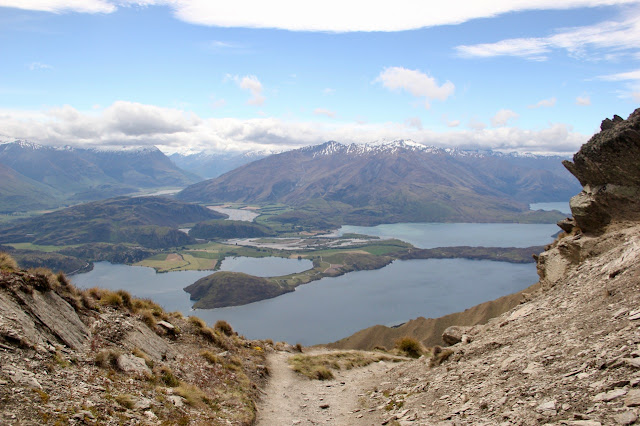 Returning was much easier, as always. I started heading back at around 3:30 PM and reached the base by 6 PM. A total of 19 kms was covered in 6 hours. That is the estimated return time for this trek and I did it in a much relaxed pace. With my initial walk to the beginning of the trail, I had trekked about 25kms on this day. An achievement by itself!

I was delighted to see a few rabbits emerge from the bushes. Finally some wild life! 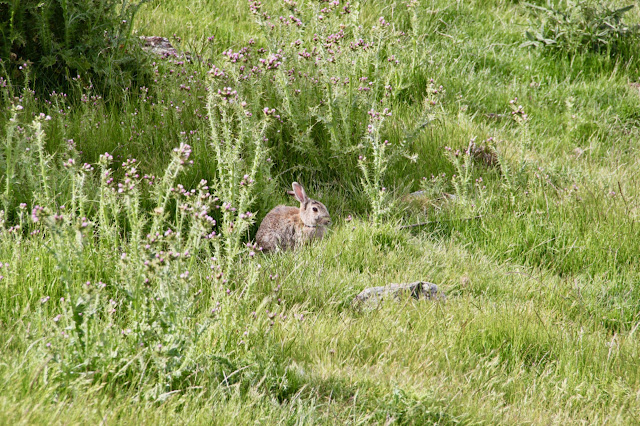 At the base, just as I entered the main road to head towards Wanaka, Yusifi who was passing by stopped his car to offer me a ride till the town. I was delighted. Yusifi had returned before me but he had driven past the trail to see if there was something interesting and thankfully he returned right on time to meet me at the trail end. I thanked him for the ride and bid him farewell at the lone tree, which he wanted to see.

On my way to the hostel, I stopped at a grocery store and bought some tea bags, milk, yogurt, fruits, pancakes and jam. I decided to cook at the hostel like everyone else. A tea after a long time tasted like heaven.

Along with other hostel mates, I watched a very funny movie called "Grownups" in the living room. It is hilarious and we had a great time laughing. I really liked the ambience at this hostel.

After the movie when everyone else had left, while I was writing my journal, Pamela, a middle aged American solo traveler who currently lives in Singapore stopped by for a chat. She was appreciative of the fact that wherever she traveled she found at least one person writing a journal and she had thought that it was a dying art. For some reason, she spoke a lot to me. She went on about how she plans a vacation every year to take a break from work, how her friends always tell her that they would join her on these trips and then they never turn up and how she was contemplating about taking a deputation in Mumbai etc. She had been to Mt Cook and she told me how beautiful it was and she suggested that I do Red Tarns and Hooker valley trek. She advised me not to do Blue lake trek which after a climb of several steep steps leads you to a lake that is blue! She too, like me found the lone tree a hype.

Another great day had come to an end and I had yet another incredible experience like a feather to decorate my hat. This trek was more challenging than the Routeburn track. Not only did it take me higher (1578m) than the previous trek (1300m) it also was far more steeper and was truly a demanding trek. I realised how much I need to improve my stamina to bring myself in par with the other trekkers I had met. I found that revelation very encouraging.