I had one of the best sleeps of my life. I slept undisturbed until morning. That hardly happens to me. Physically and mentally, this had been one of the most satisfying experiences.

Outside, the clouds were retracing from the valley and hinted towards a relatively clear day. Good for those who are trekking up today, I thought.

I was ready to leave by around 8am. Had a short chat with Mandy and another American boy who was doing the 22km trek in the Reverse direction from that of mine. I assured him that Routeburn flats hut where he would stay that night had the best views. Lake Mackenzie follows close behind.

I took off at 8:20 am. On my way to the Divide, I witnessed some spectacular views of the mountains as the clouds began to clear. That was a magical moment and it made up for all that I had missed the previous day. I think these pictures would tell how speechless I would have felt. I never felt so close to the mountains as I had felt during this entire trek. 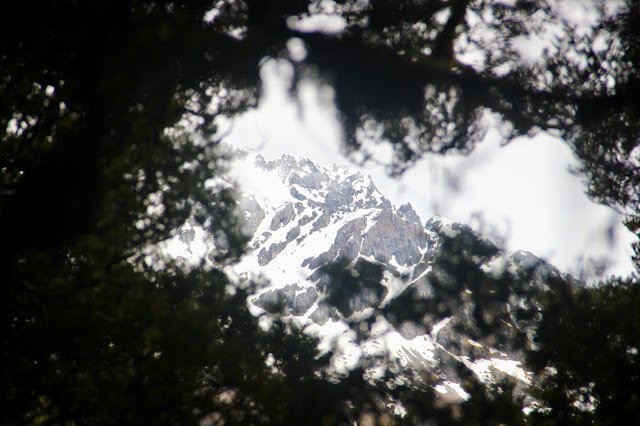 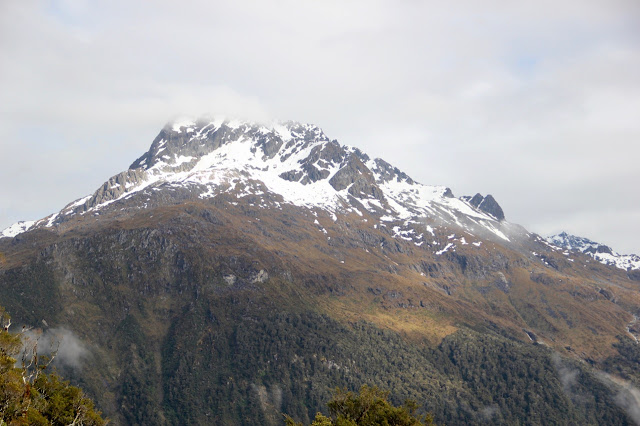 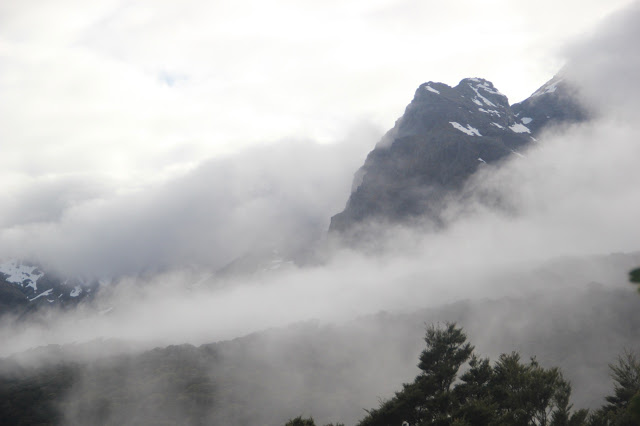 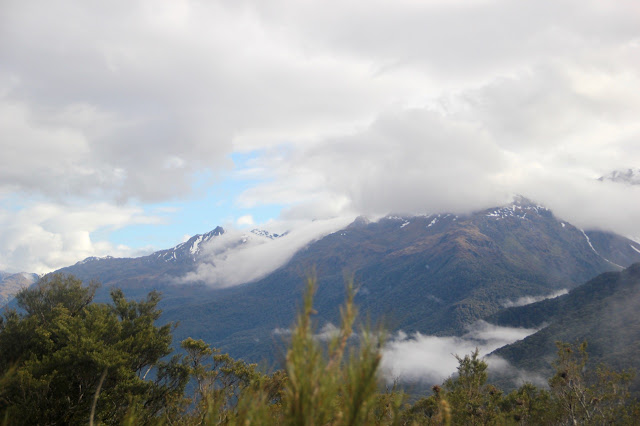 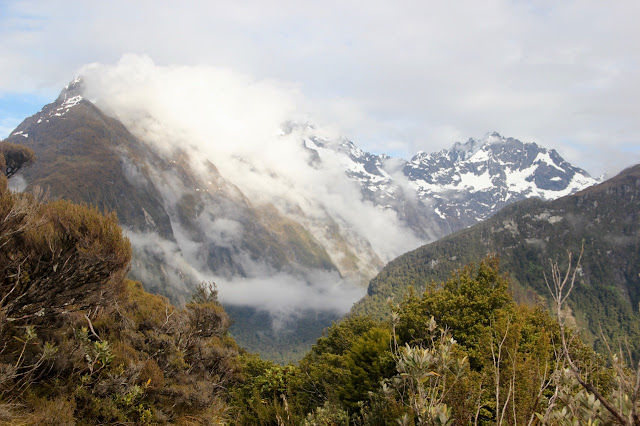 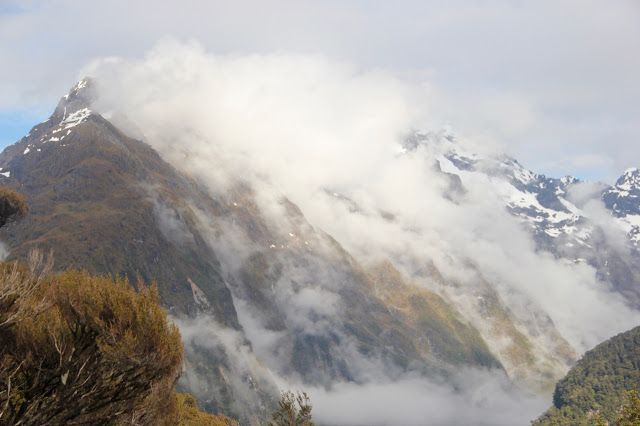 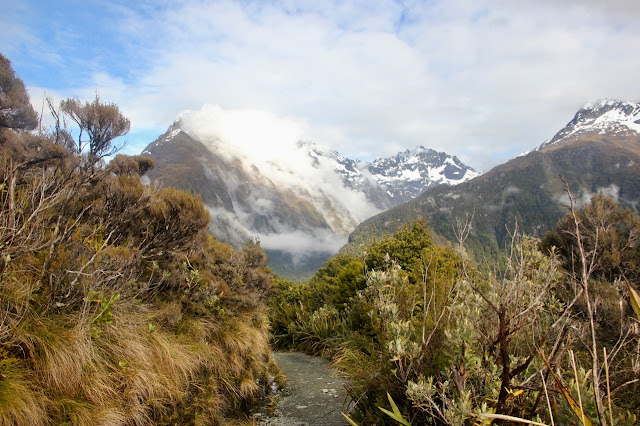 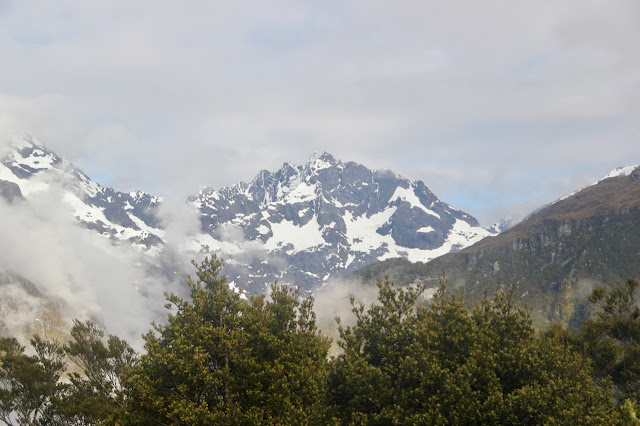 I could have done a short trek to key summit which provides some great views of the mountain ranges but I decided against it considering the time. I had to reach the parking lot by 10 am and I was unsure of my speed.

On my way, I trekked with a very sweet Israeli couple who live in London. The man was rather quiet but the lady was very social. She was thrilled to know that I am from India and since she and her husband are contemplating over a 3 month assignment in Bangalore at the company he works in, she had a lot of questions about the city. They also love Indian food and we discussed a lot about our cuisine. She told me that Indian restaurants in London spiced up food with extra chilly and she could easily tell that it was not authentic Indian. I agreed and told her that the flavour our food gains is through the blend of spices and not just red chilly. I also informed them of the fact that the amount of Indian food they find abroad is probably just 10-20% of the total recipes we have in the country. They were excited about this assignment but wanted to know if Bangalore is a safe city as she would like to travel around the city when her husband is at office. That is a question, I am not sure how to answer. I might feel that India is safe for me but then I am thinking like a local. But, is it really safe for a single woman traveler? Perhaps yes but how can I say that or otherwise with certainty? Well based on my experience, I mentioned to her that Bangalore is mostly a safe city. We reached the divide at 9:40 Am after a relaxed walk with great conversation. 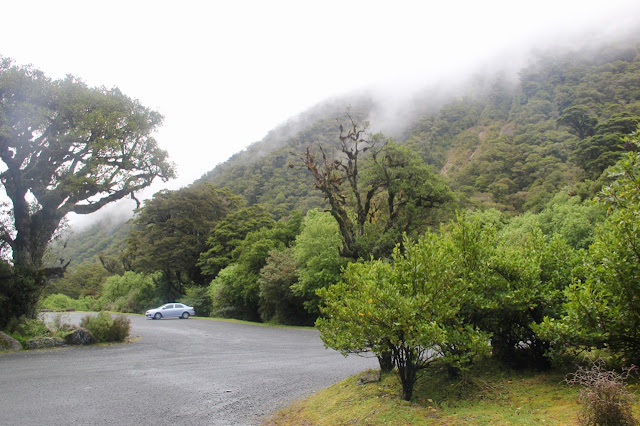 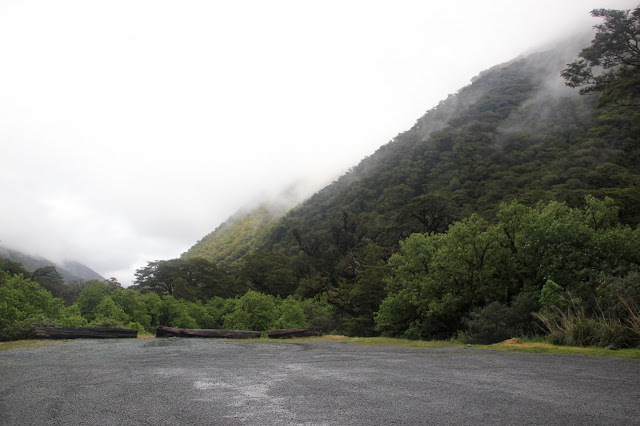 Route - Routeburn Shelter to The Divide. 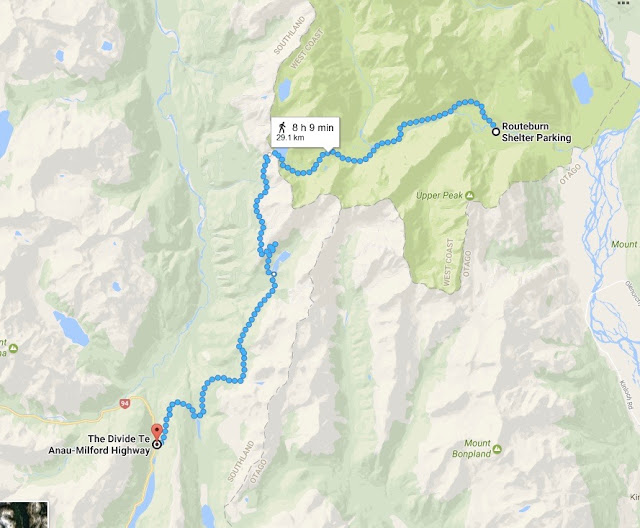 At the parking lot, we met with this Italian guy who was also at hut Howden last night. He had walked up to key summit and told us that he had to run back to be on time. He works in Auckland and is on a week long vacation trekking in the mountains. I am going to share a gossip here, not to be silly or immature but just because I enjoy a close observation of human behaviours and layers of emotions that dominate a personality always fascinate me.

So, last evening, when I had entered the hut, I obviously walked up to the only familiar face in the room and began speaking to Julie about the day's trek. This Italian guy, who was sitting next to her seemed a bit upset about this acquaintance. Gaging from his expressions, I distanced myself from them after a brief chat with her. But it was very evident to almost everyone in the room that he was desperately trying to woo her. After all, Julie is a strikingly beautiful woman. Anyways, at the parking lot, the Italian guy who knew the Israeli couple really well began to discuss Julie. He had offered to host Julie when she would be in Auckland and was wondering if she would call him. The Israeli woman who seemed very practical told that she was not sure as Julie seemed a little reserved to her. But what was interesting was that the guy looked so hopeful and that also made him anxious. I do not know these people but such strong emotions in just a single meet is something that arose my curiosity in this affair. As a writer, I have always been fascinated by all kinds of emotions that govern our behaviours.

Anyways, while the others got off at Te Anau, I changed buses to head towards Queenstown. We stopped at a small town called Mossburn for tea. On my way, I passed through some farmlands. I was a bit surprised to see a lot of deers behind fences. I wondered what the deers were doing there, they should have been outside the fence. 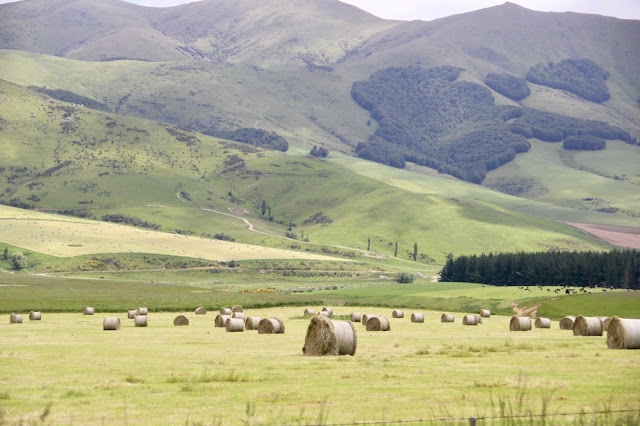 Anyways, with that question still lingering in my head, I continued to observe everything that passed by, with great excitement. Queenstown as usual was active with some or the other adventure activity in progress. 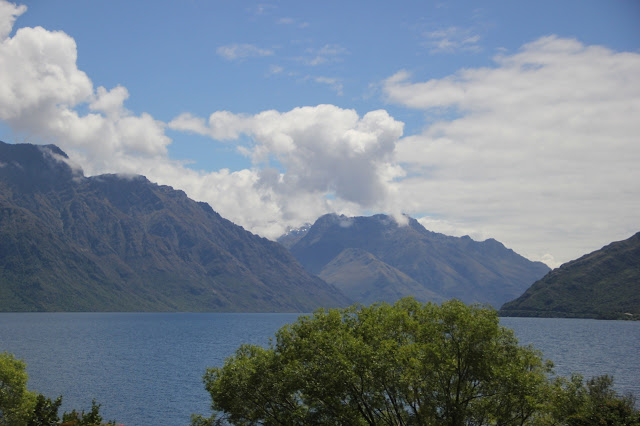 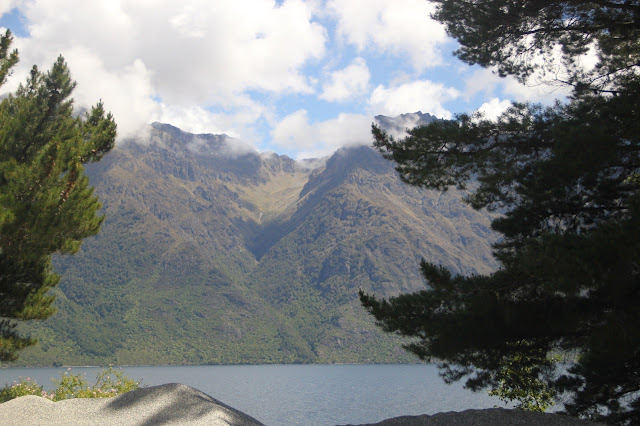 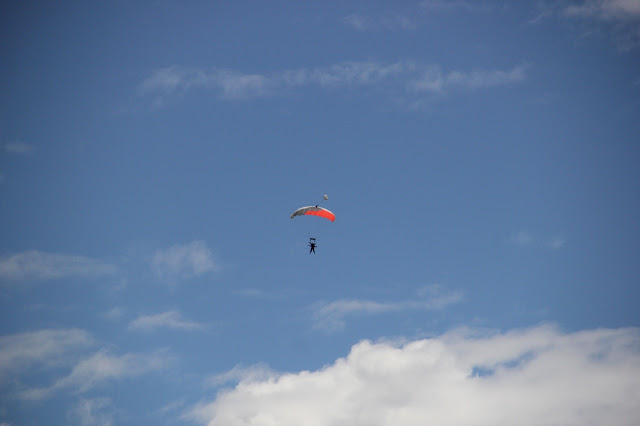 Route - The Divide to Queenstown 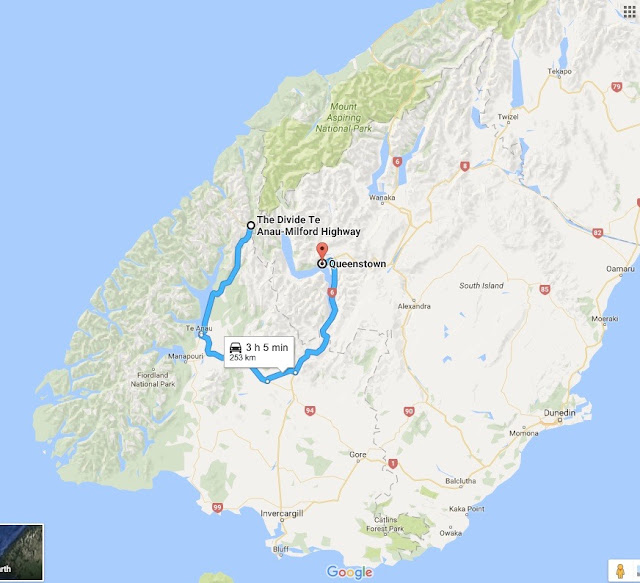 An interesting trek had thus come to an end and I felt like a different person all together. This experience has been very educative to me in so many different ways. Firstly, I learnt how important it is to be well prepared for a trek in extreme weather conditions, I appreciated the discipline followed by the Westerners in these aspects. Above all, I had passed yet another endurance test and I was extremely motivated to build my stamina to match that of other trekkers, who, irrespective of their age, were always faster than me. I truly felt motivated and the sense of confidence grew further in me.

Routeburn trek will always remain one of my most special treks as it exposed me to a new world of trekking. I am sure this has brought a certain amount of discipline in me that I intend to apply on all my future treks. The magnificent views of the mountains and the dominance of the waterfall, however are etched in my mind forever.