When I woke up at around 6:30 am, some of the bus mates were leaving for the key summit trek. Our driver was going to drop them at the Divide parking lot and pick them up later at 8:30 am when we all would be ready. This was my second chance to do the key summit hike but for some reason, I chose to enjoy the tranquility of the valley in a relaxed manner than a hurried hike up to view the mountains, specially to a place that I have already been to. 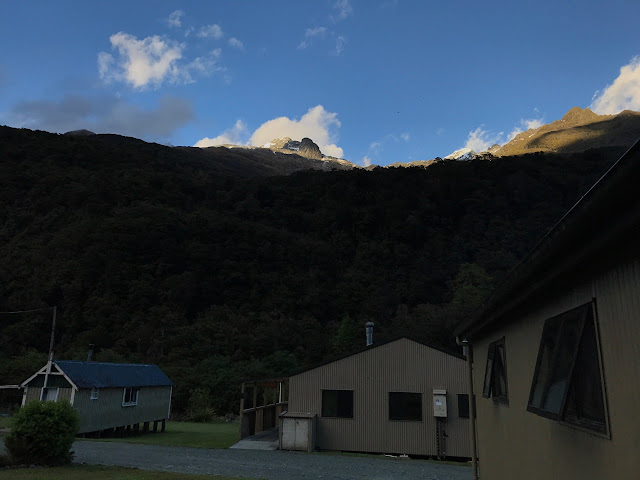 At the kitchen, I met a Spanish guy who was preparing some oats. When I told him that I was studying Spanish he was all excited and began conversing to me in Spanish. The Spanish, I reckon are more easy going and extremely friendly people. Despite me telling him that I did not speak Spanish very well he continued in the language and I was glad he did. I could follow most of what he was saying and did manage to respond decently. He was preparing breakfast before his friends woke up. I had watched them arrive late last night and cook some delicious meal together. There seemed to be a bonding between them very similar to that we have in India. Friends cooked together, ate together after everyone had arrived and there was lot of amitié and sharing.

He was kind enough to offer me some oats that he had prepared in excess. As I was eating the same, I politely declined. But one thing I found really touching is that even though I had spoken to him for just five minutes it was like I felt like I had known him for ages. That was the case with Roc and Lidia as well whom I had traveled with in Sri Lanka. That is the case with most of the Spanish people I have met. That motivates me to learn Spanish more seriously.

At 8:30 am we left the camp, picked up others at the Divide and headed south towards Invercargill. On our way, we stopped to view the lovely lupins and a peaceful lake. 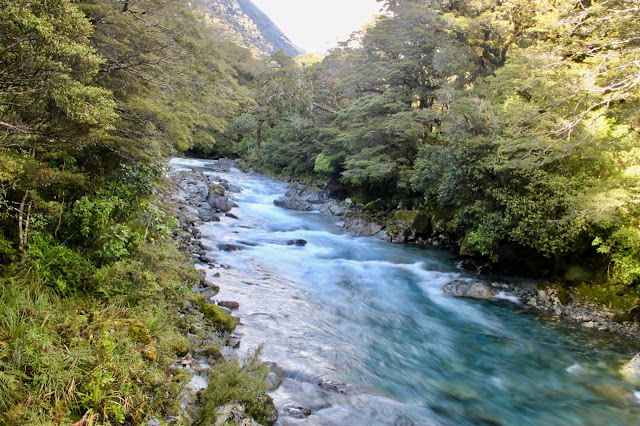 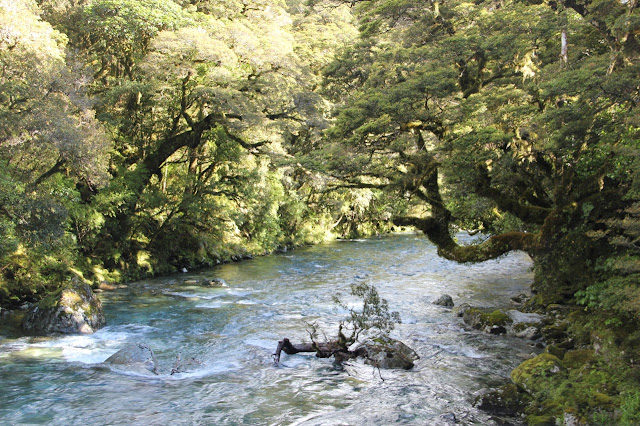 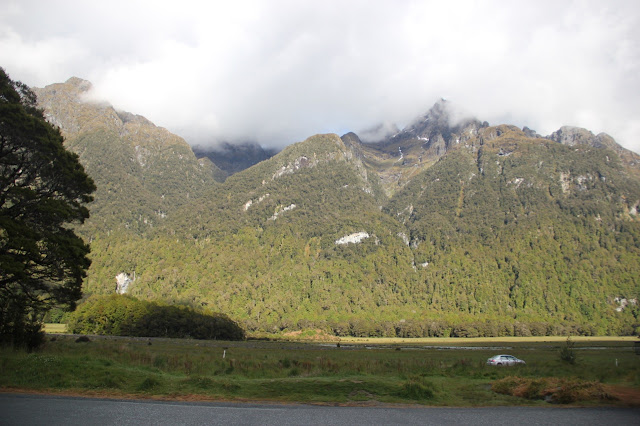 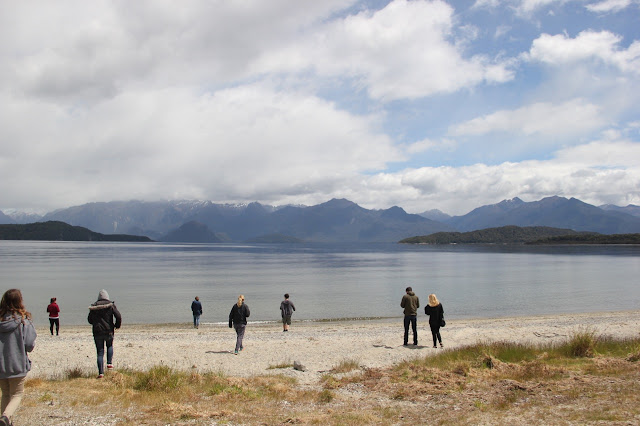 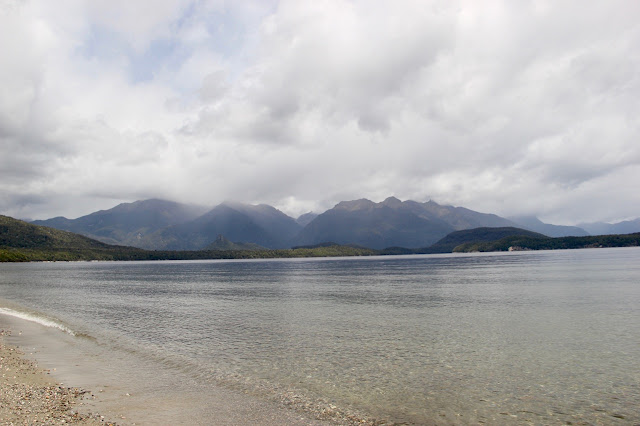 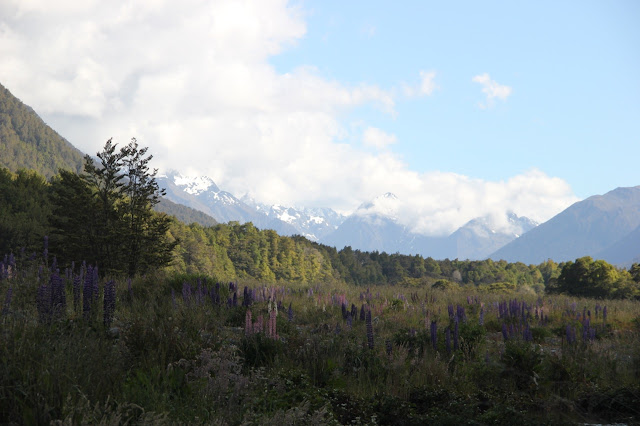 We stopped at Te Anau again for some grocery as Stewart island would be expensive. Thanks to the Chinese girl, I got hooked to this barbecue sauce flavoured rice crisps. I bought more of Uncle Sam's Mexican rice and nougats that I have begun to love. 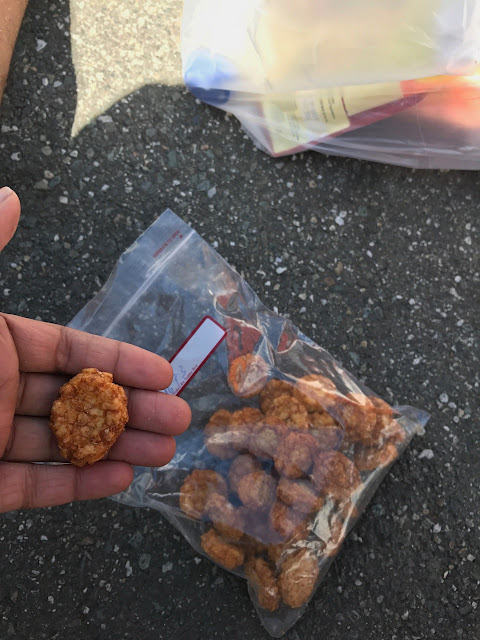 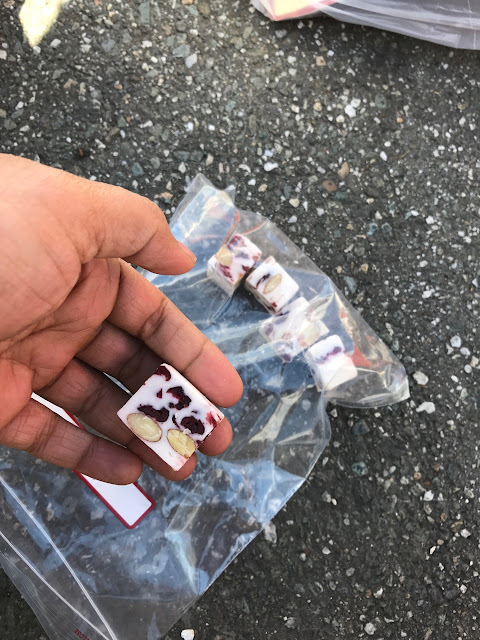 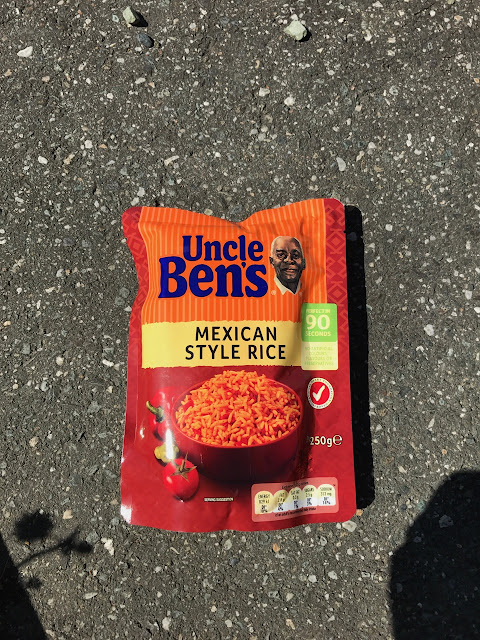 After our shopping, we sat in the parking lot waiting for our driver to return. When she arrived, I said - "There she is". The Chinese girl sitting next to me looked surprised and asked - "is it a she?" I could not stop laughing. It's been a day and a half in the bus and she had thought all that while that our driver is a male. After observing, she agreed. That was so innocent and funny.

We drove straight to Invercargill and stopped  once to spot dolphins but saw none. And another stop at Tautapure to have ice creams. The town is also known for its best sausages. Our driver is good at promoting some local stores. She kept repeating how the ice creams at this store was really tasty and cheap. Even though I did not want them I had one as her repeated recommendation influenced my thoughts.

Another event happened at the bus. The road to Invercargill is very bumpy and as the bus moved, a bag full of beer bottles fell done. The glass broke and beer flowed out filling the bus with the aroma. The driver had to get some paper and clean that however, the smell remained. Soon, everyone else took their beer bottles away from the overhead storage.

Invercargill looked like a boring small town. Some of our bus mates who were not traveling to Stewart island where to spend their night there. At Invercargill, our driver took us to a cookies factory and kept repeating how cheap it was there. stress on the word "cheap" did the trick and everyone wanted to get a pack, whether they wanted it or not. I bought orange fudge that was delicious. 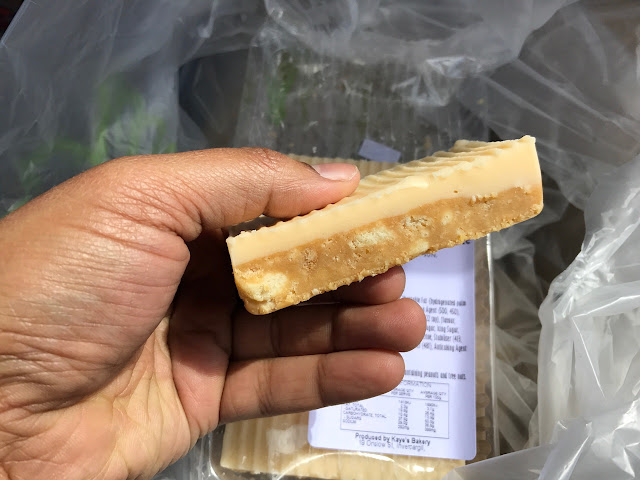 We then headed to Bluff, the southernmost point of South Island. There is a chain link built on this side and it's other end is at Stewart island. Well no real significance about it though. Bluff is also famous for its oyster festival. It also is one of the last stops for ships heading to Antarctica. Another reason why bluff is popular for is it's aluminium smelter that provides occupation to most of the locals. 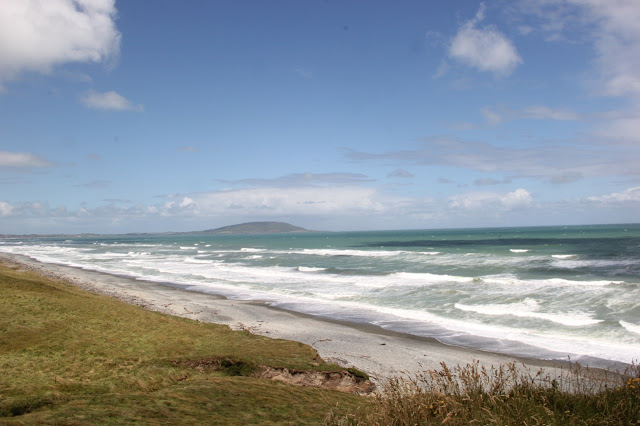 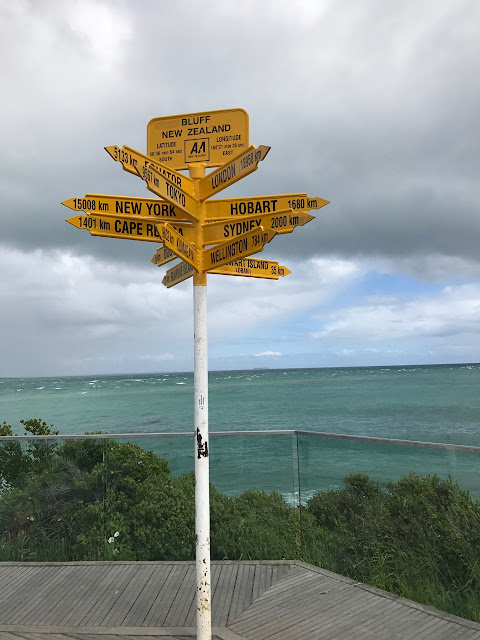 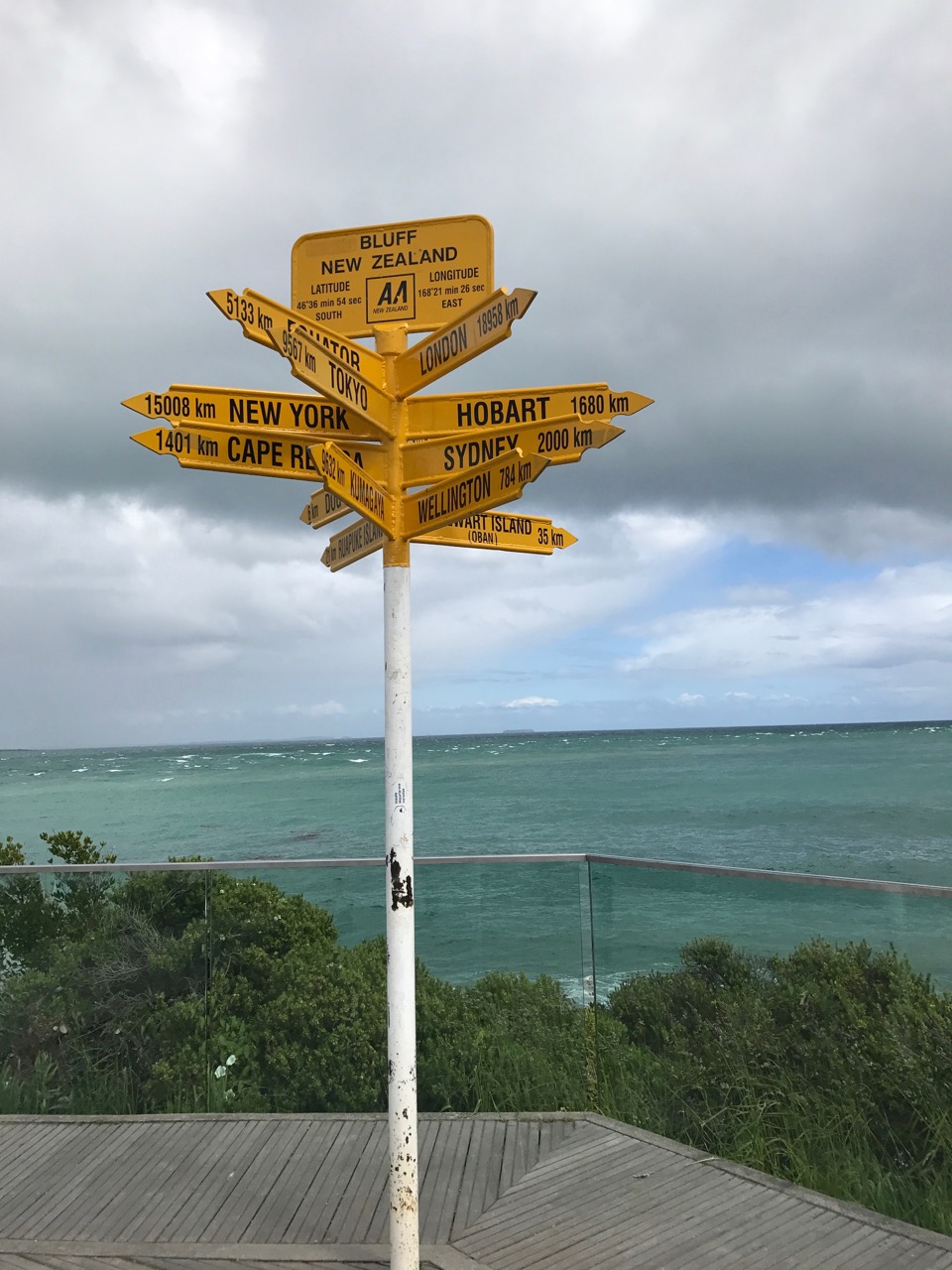 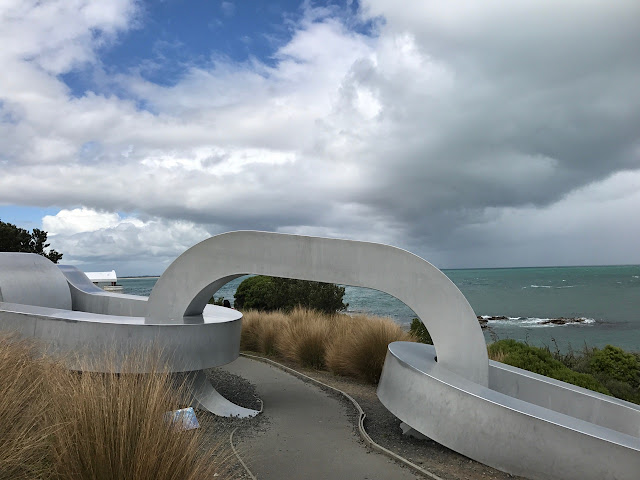 We bid farewell to those not coming to Stewart island and headed to catch the ferry.  I sat in the first row and it was like a roller coaster ride. The waves were really bumpy and it literally threw the ferry up. Many dislike this journey but I enjoyed the bumpy ride. I spotted albatross on the way. I mistook them to be a seagull but their size is what made it distinct. 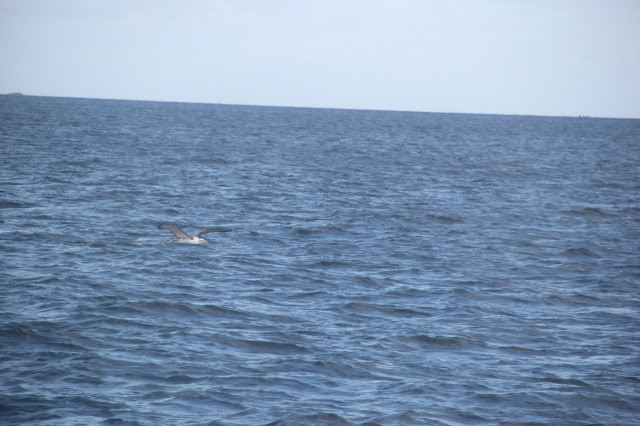 At Stewart island, after collecting our bags that were had dropped in containers, we walked to the backpacker hostel. It's a nice place with a beautiful garden.

For dinner it was Mexican rice and omelet. 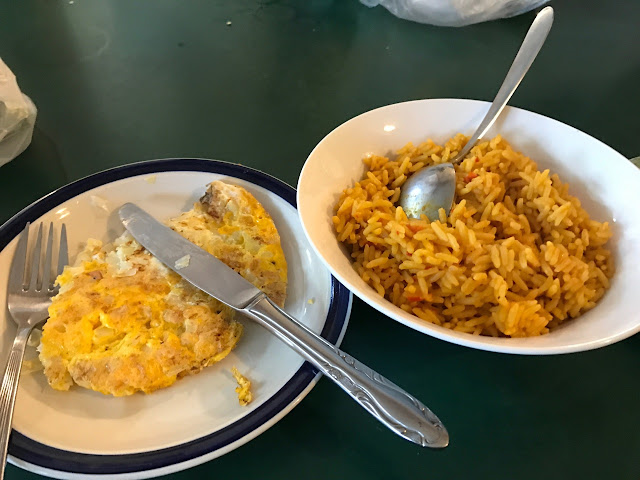 After that we all walked to the wharf to view the most famous inhabitants of the island return from their day long work at sea- little blue penguins. Sitting there as a group, in silence, we all became a part of an incredible moment. I think that moment bonded us all together as we had shared a memorable experience together. 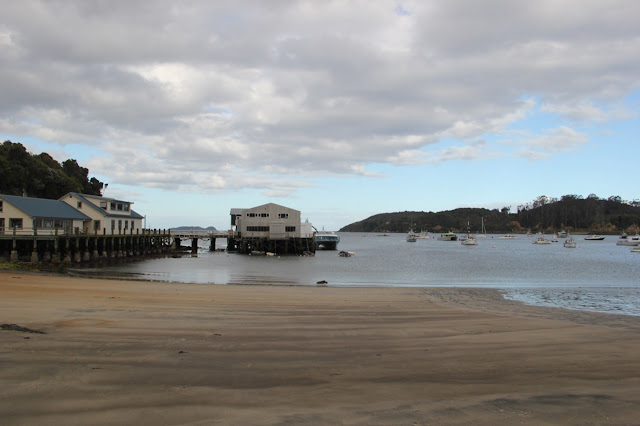 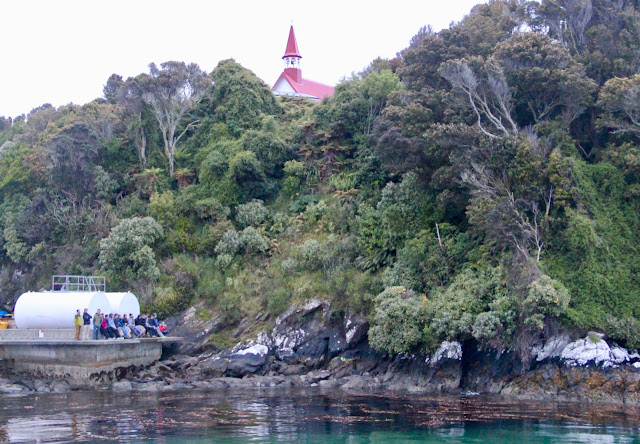 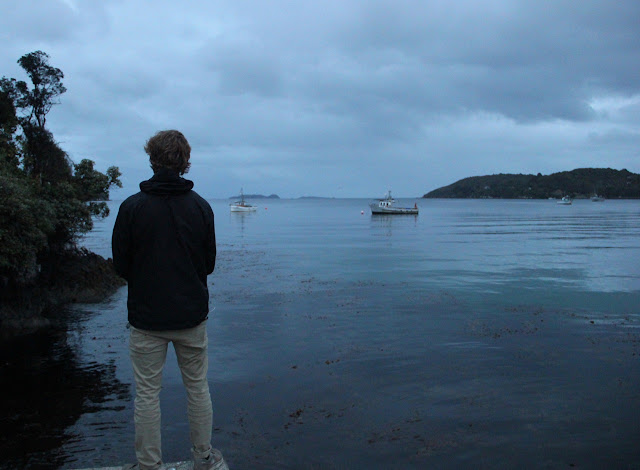 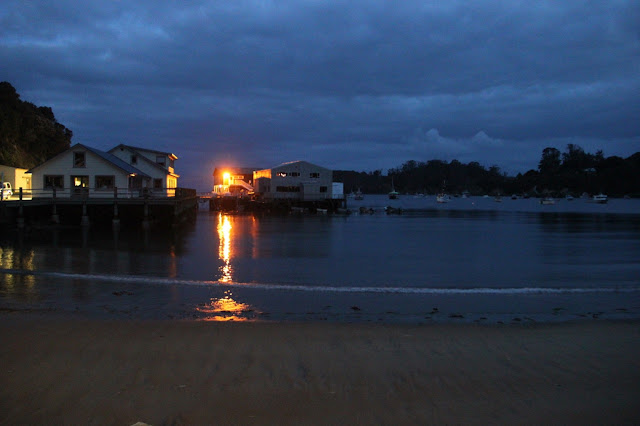 One by one the penguins returned at dusk. They had to walk very close to where we sat to reach the bushes. We watched two penguins return and then decided to leave them alone as they seemed too shy to come out in our presence. 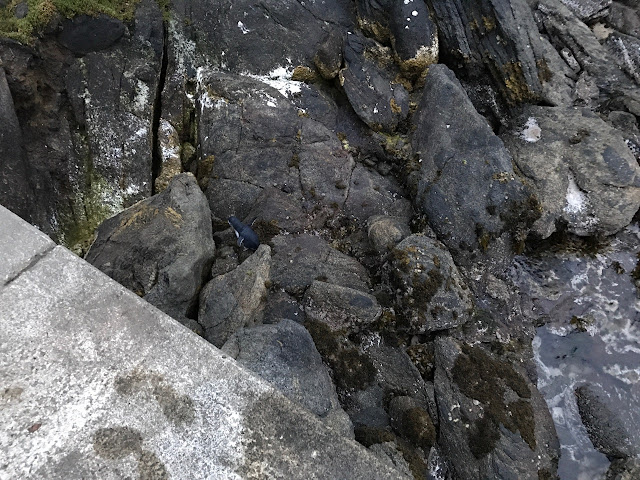 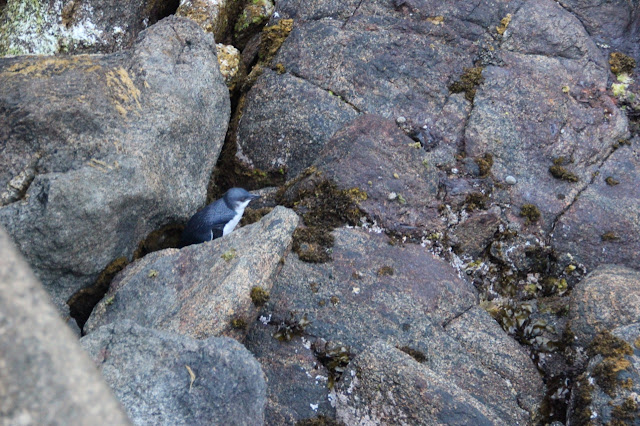 Behind the hostel, on a small hill we assembled to see the kiwi bird. There was one in the fields but it was pitch dark so we only saw the silhouette. However, it was a great experience to watch it walk so close by and that ended this day filled with some impressive moments. Truly the day had been one of the most satisfying ones.

Since, the hostel Wifi connection was not that great, somebody had noticed that the wifi connection from nearby Library was free and fast. So many of us went there to get connected to the rest of the world. 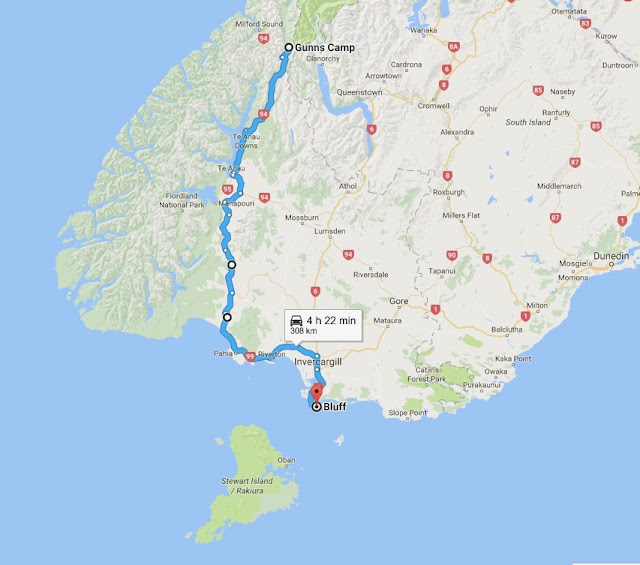