Next day, on the 12th, we decided to travel south and explore the district of Kasargod. I had researched on a list of all the tourist attractions from the net. There were several places to see and it was obvious that I could not cover the entire district in a day. I had originally decided to drive all the way till the end of the district i.e the border of Kannur district and then drive back. But that seemed like a long drive without seeing anything. So I changed plans and after our breakfast at Kumble, we took a deviation to Ananthapura Lake temple. A beautiful temple in the middle of a lake. The idol too is very special as it is made out of direct herbs and barks glued together. Another speciality of this place is that there is a crocodile in this lake that is offered rice as food every morning. It was very peaceful here. 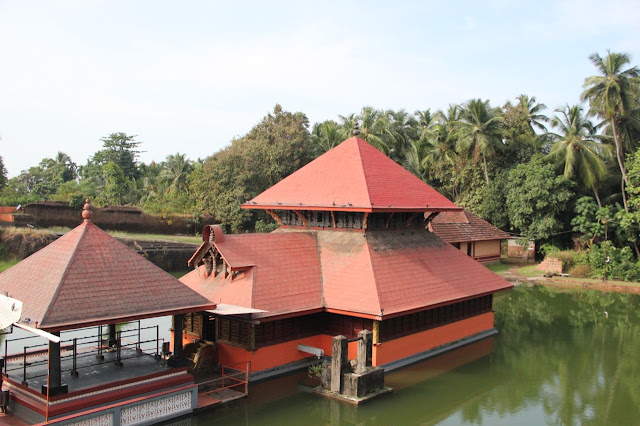 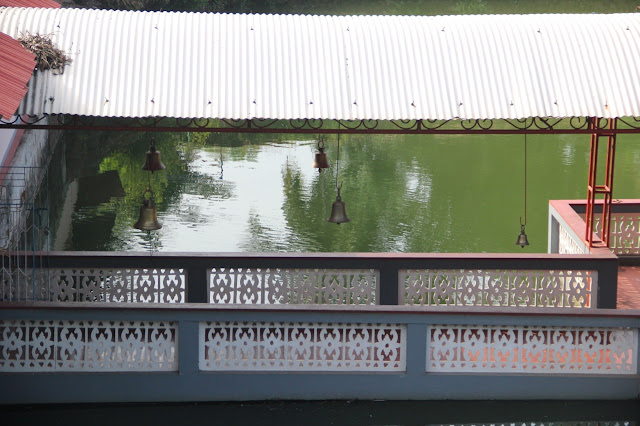 Just about 4kms from here is the Bela church, built in 1890. 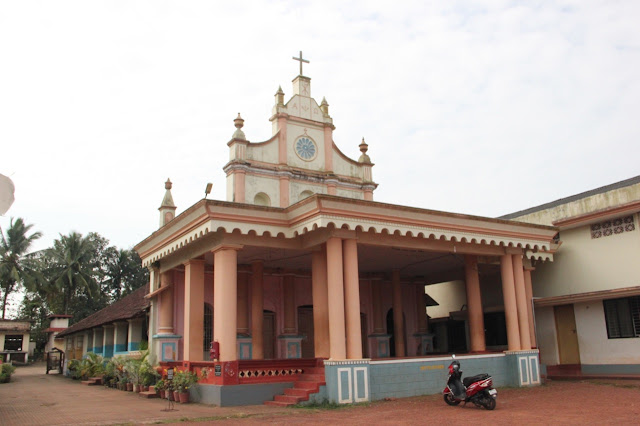 On the way, we stopped at a Bhagavathi temple at Perne which was closed. 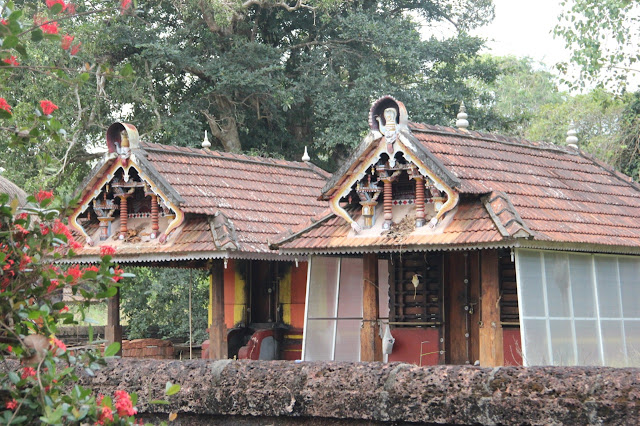 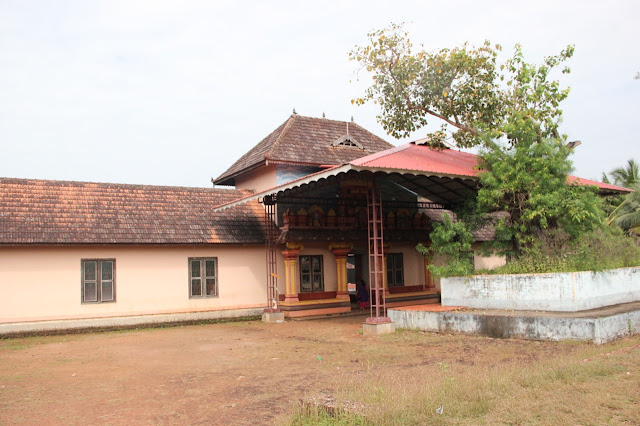 Next, we took an inside route to Madhur per Google maps and interestingly this route passed through other attractions I had in list.

Maipady palace. This was an interesting palace of Kumbala rajas. The Government has recognised these palaces and installed sign boards everywhere. But on our arrival, we realised that these were private properties  Some still have people in them, some have left to the cities leaving the house to the caretakers. But we were allowed to go in and see the house. 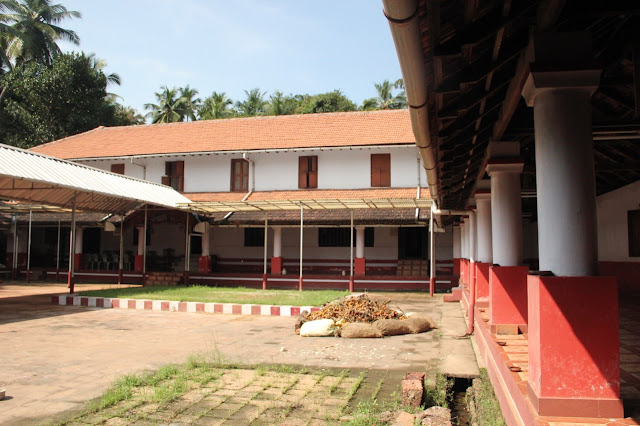 Madhur temple is a beautiful complex with its murals and the famous Ganesh rock idol that is constantly growing in size. I was surprised though to see a board here that allowed only Hindu's to enter. I do not recollect having seen such a board anywhere else. I think its wrong and does not go well with our philosophy. Yes, in the past the rulers have demolished several of our temples but today, things are different. I have never seen such a board in the temples in South Canara or any part of the country.. Thus this signage in a Kerala temple disappointed me. 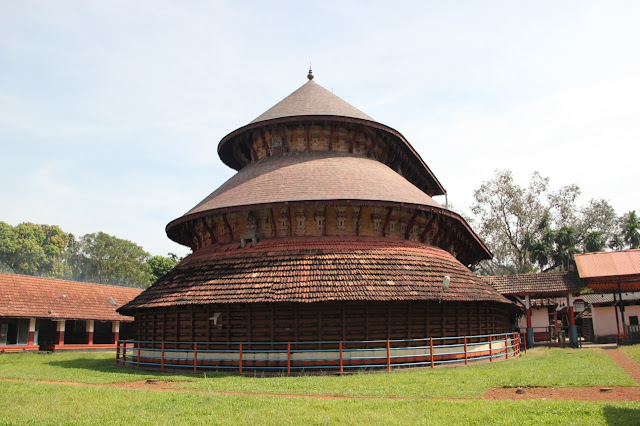 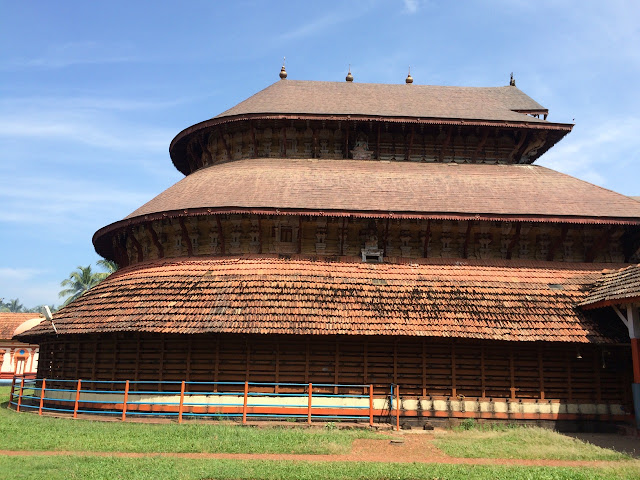 Next, we directly drove to the end of Kasargod district, to a small quiet island  called Valiyaparamba. Tourism board boasted of boating and backwaters but we found nothing there except haunted but serene beaches. The drive was excellent. This is a tiny strip of land that is separated from the mainland by a backwater. 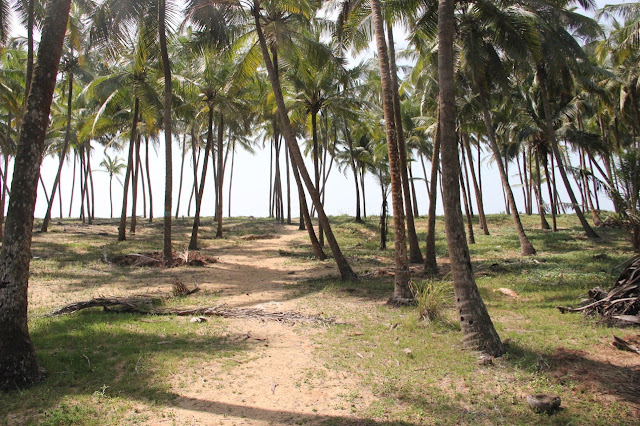 We had lunch at the only vegetarian restaurant at Cheruvathur. Tried some local sweet snacks made of Banana and coconut.

Next stop - Nileshwaram. Nileshwaram has a connection with my hometown. It is believed that the main deity of the temple near my house was actually an idol that was traveling to Nilleshwaram and was installed at Marigudi. We visited this temple but it was unfortunately closed. 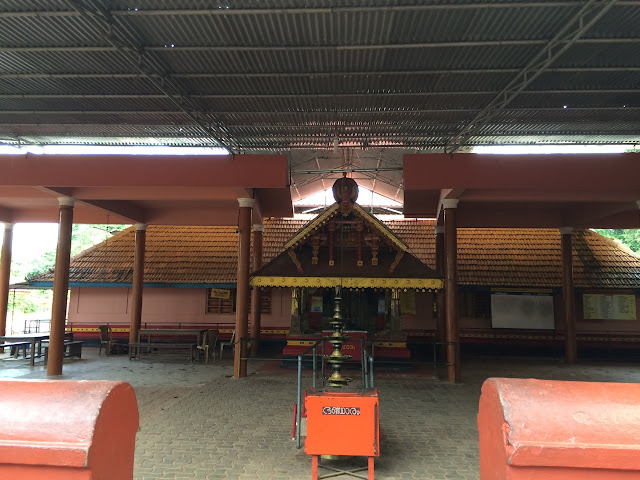 Another famous temple called Nilakanteshwara was also closed at this odd time. 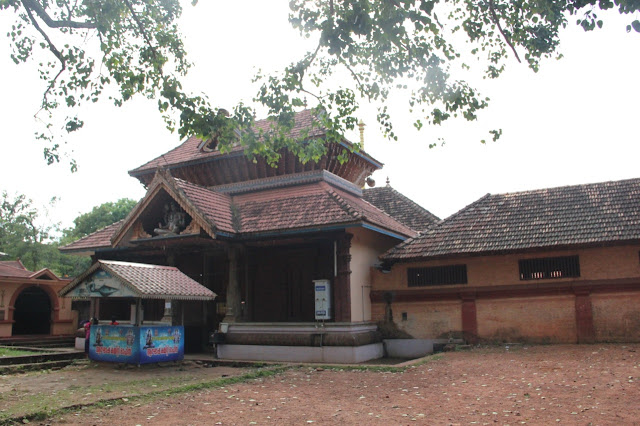 There are a few more palaces here. These more looked like a traditional house than a palace. However, we were not allowed to enter the house. This made me wonder why Kerala Government was promoting these private properties as tourist attractions. They had sign boards everywhere for this palace. 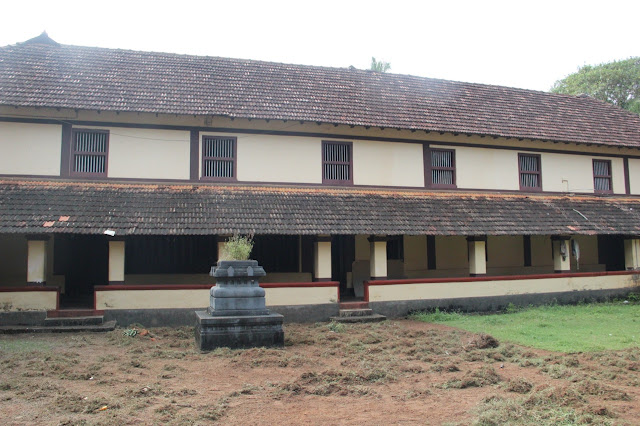 On my way back, I tried to locate the Hosdurg fort. There was a sign board that led me up a small hill but there was no sign of the fort or further boards up there. So we returned back disappointed with Kerala tourism.

We then Drove to Kanhangad. There are two famous ashrams here. The first  is called  Nityanandashram. Now, do not confuse the name with that of a much recent swami famous for his scandal. Here, the samadhi of the Swami has a very beautiful architecture and there are around 45 caves below it built by him. The Ashram was almost empty. The care taker, who happened to be from South Canara, told us about the mystic powers of the swami and guided us to the museum. 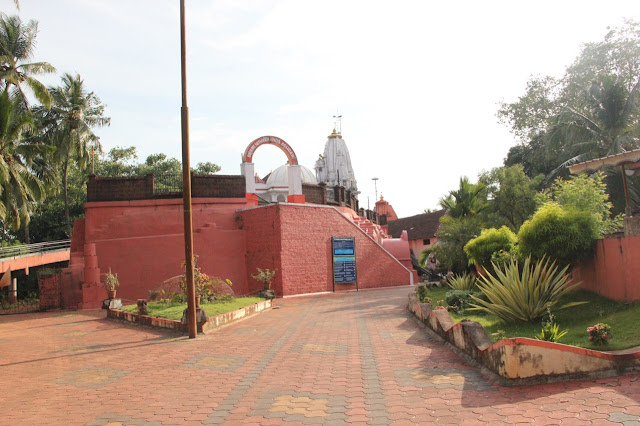 Anandashrama of Swami Ramdas had a peaceful atmosphere. Devotees were performing Bhajans, Serving snacks and the whole place looked lively. 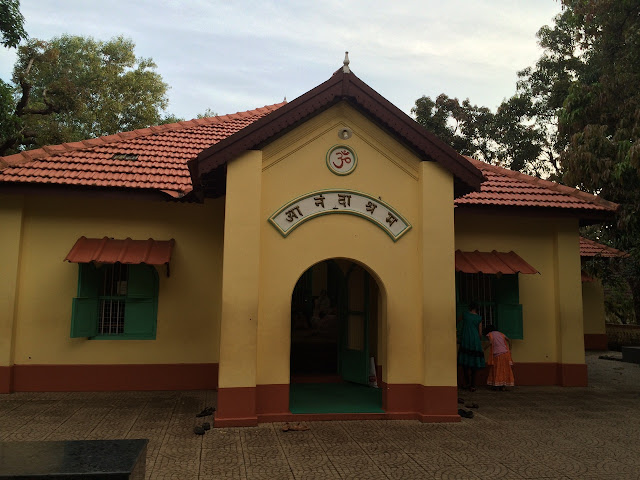 We ended our trip at Ajnoor which is around 5 kms from Kanhangad. We mostly followed the directions from locals. Here is a beautiful Madiyankulom temple dedicated to Badrakali and Bhairavan. It seemed like a peaceful place to end our trip and head back home. 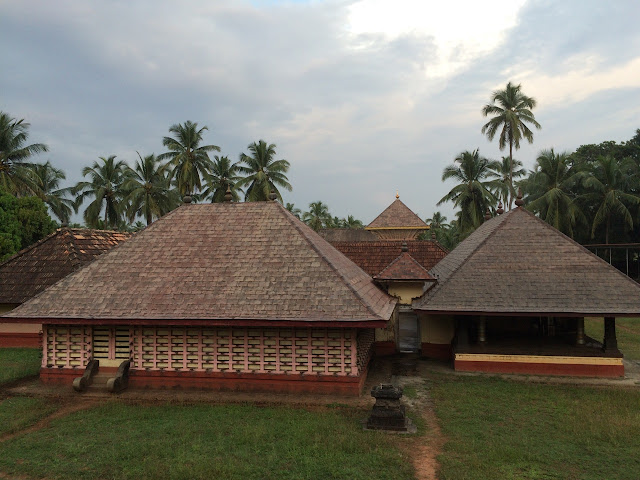 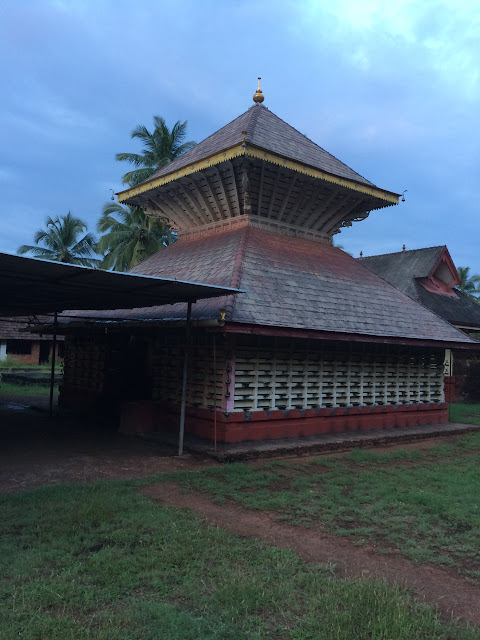 It was a very interesting trip for the entire family. I was too optimistic to cover the entire district in one day but I must revisit Kasargod to cover the rest.  Almost till Bekal, you can manage with Tulu or Kannada language. Beyond it people only spoke Malayalam. As my parents speak the language it was not hard to find our way to these remote places. But most places are on Google maps so, I haven’t spent too much time detailing out directions.

To Be Continued...
.
India Kerala Travel