Next morning, following the same pattern, we were up and ready to leave by 6:30AM. We drove directly to Aluru Kona, which is a right deviation on the Tadipatri-Kurnool road just after the town of Tadipatri. After following some really remote and deserted forest like roads, we reached  Aluru kona. This place is in midst of a forest and has a Ranganathaswamy temple atop a small hill. 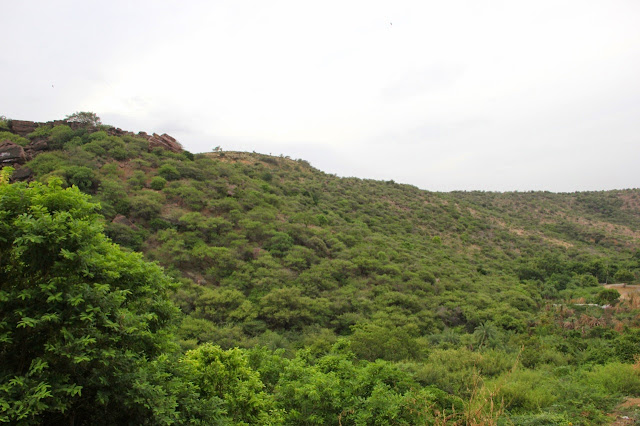 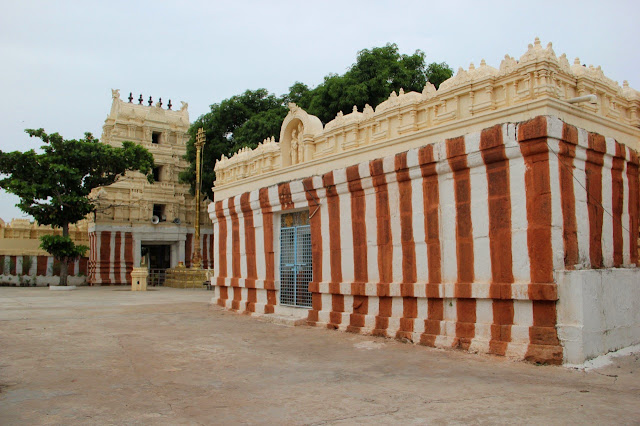 Apart from a guest house, a house for the head priest and a shop there isn't anything else here. The environment was again peaceful with very few visitors. There is a small waterfall nearby but again its a few kilometre trek in the forest. This temple reminded me of those in  the remote villages of South Canara. After spending some time there we headed back. On our way back we spotted this peacock dancing in joy. 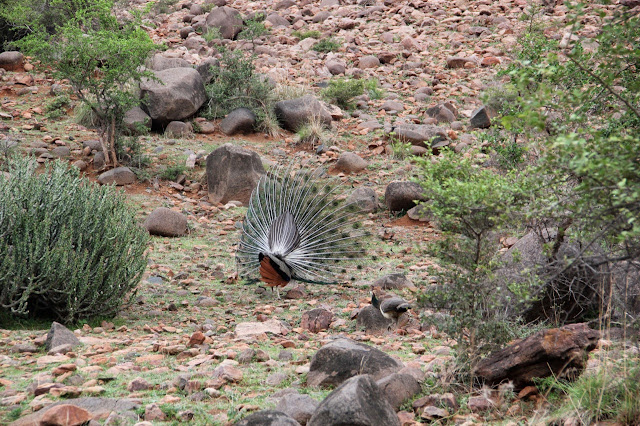 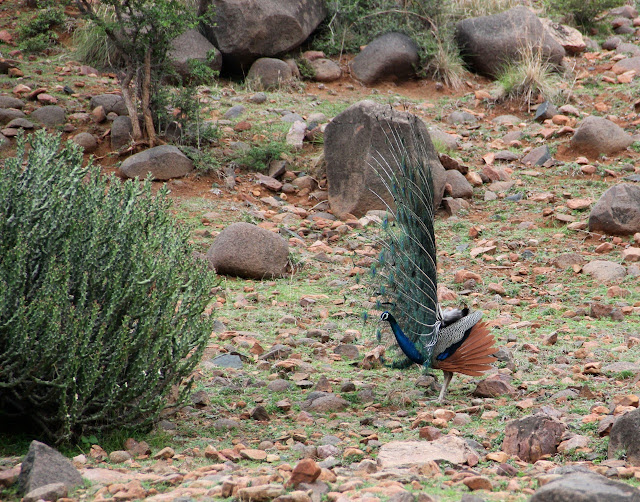 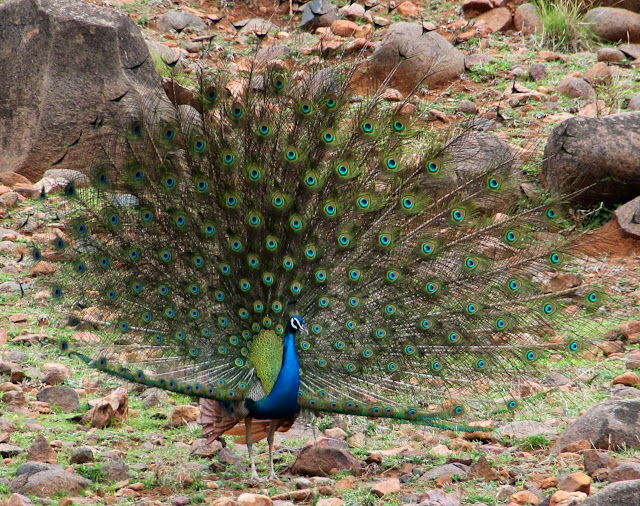 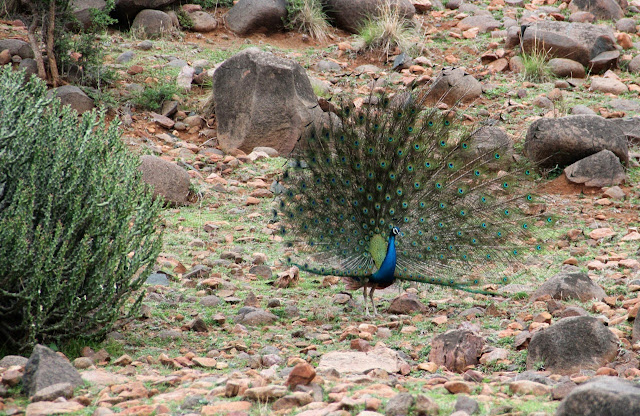 We got back on the Tadipatri- Kurnool road and headed towards Belum. Belum is in Kurnool district.  On our way we tried to find a descent place to have breakfast but found none. We were also not able to find restrooms. None of the petrol bunks had toilets. So is the condition in our country yet some people question our Prime Minister's spending over Sanitation.

After crossing a cement factory we reach the Kurnool district which is filled with granite factories. Every house had a compound made of stacked Kadappa stones. 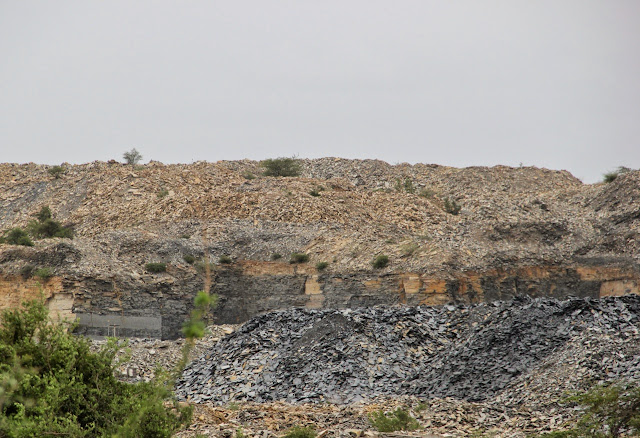 Somewhere in Kolimigundla we found a good local restaurant. We had Poori and idli there. We tried to drive to the hill temple that looked impressive but the direction given by the villagers was misleading. So, instead of wasting time to find our way to the temple, which most likely wasn't a paved road as we expected, we decided to head to Belum.

Belum caves was a surprise to me. We reached there by 9:00 AM and had to wait till 10:00 AM for the caves to open. And then another half an hour wait for enough visitors to gather for a free guided tour. The cave exteriors are well maintained with nice gardens and this magnificent Buddha idol. 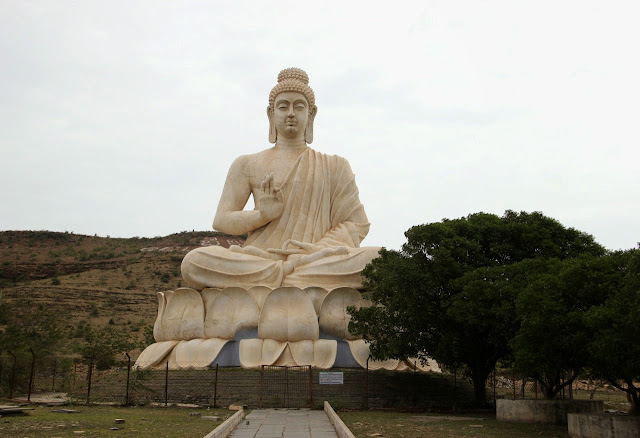 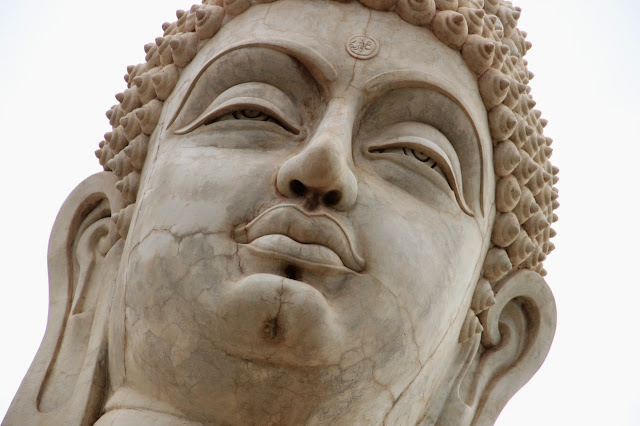 We relaxed near the cave gate. It was windy again as it is by a sea shore. When there were about 20 people they let us in. We had a different guide because we did not understand Telugu. So our guide spoke in Hindi. We took an hour long tour within the caves. I was surprised to see how well it is being maintained with translucent lights, neat pathways, blowers for air; just like in the ones I had visited in the US. The caves were explored and mapped by a team of German and French speleologists. These pictures speak more than what I could describe. 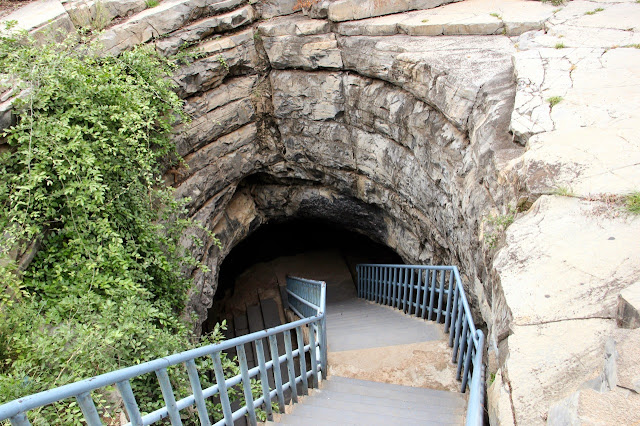 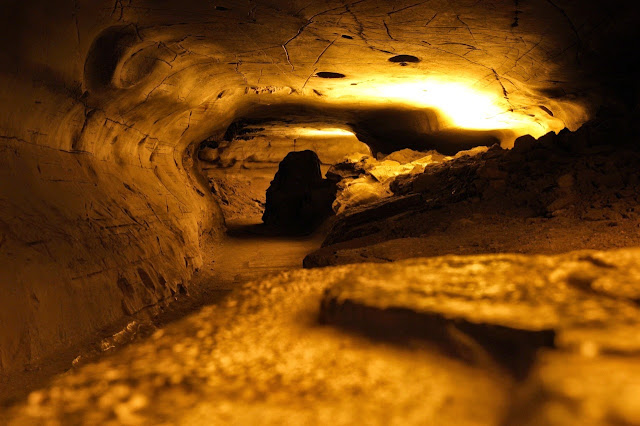 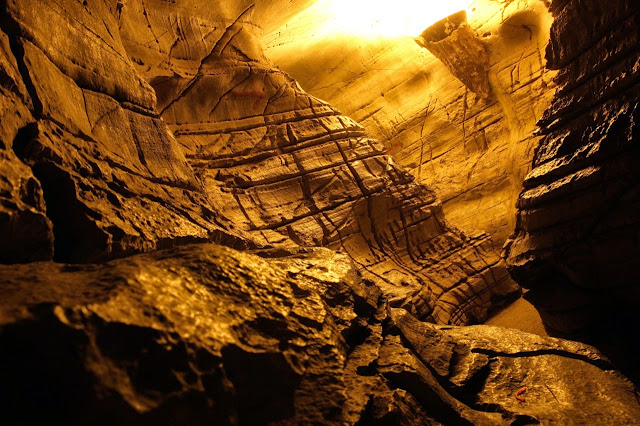 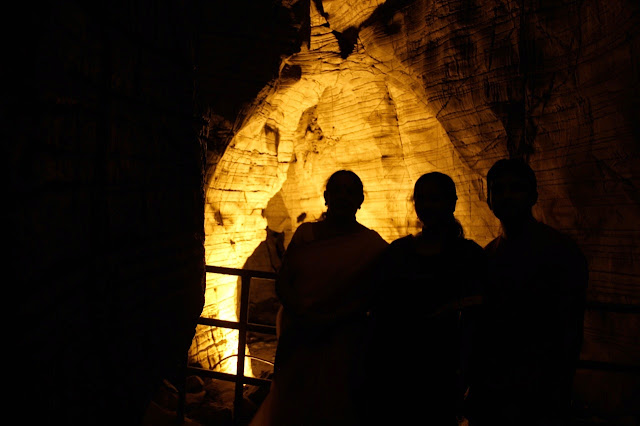 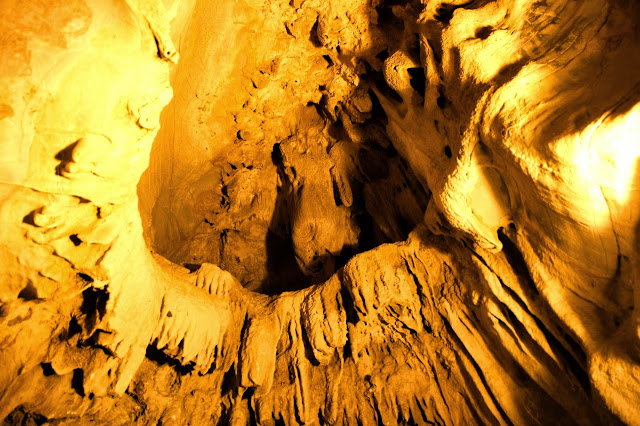 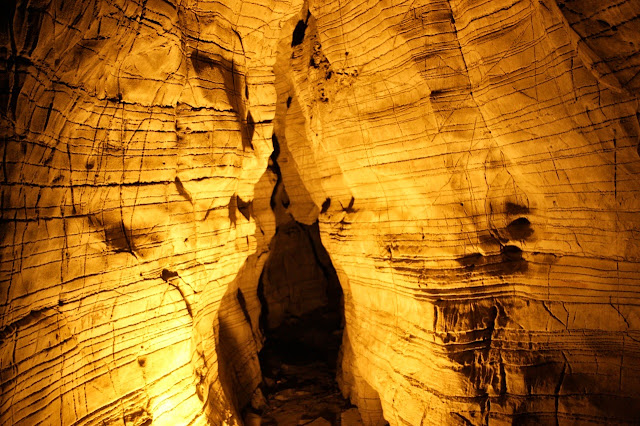 These underground caves go up to about 130ft below the ground. On our route, the guide kept mentioning the unexplored portions of the cave and how we could also take those tours with special permission. He finally took us on a difficult non-renovated path to give us a glimpse of the adventure. I verified if my mother could do it and he seemed confident. So we took this untouched route back and it was interesting. We had scroll to get through. I paid Rs200 to him and he seemed happy. He went to his friends and expressed his happiness by showing them one finger first indicating Rs100 and then slowly lifting the second with a smile. That moment made me notice the importance of Language. It was only the benefit of knowing one extra language that had earned him more money than his peers.

We left Belum and headed non-stop to Dharmavaram. Here we first found a much needed veg hotel and had meals. The usual pappu meal. Next we drove to the streets with saree shops and found them to be closed on occasion of Ramzan. What? Are these guys so rich that they close on Sundays and on every holiday? Anyways, we were left with no choice but to return. I drove non-stop again till Bangalore. Once at Mekhri circle, we were welcomed by a horrible traffic jam. By 6:30 PM we were at home. 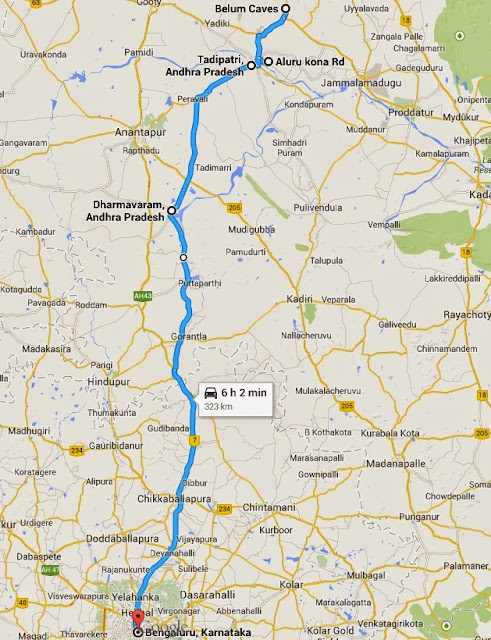 On the whole, the trip was very relaxed. I chose not to drive too much and not to be in a hurry to cover many places. We relaxed in different towns and every evening by taking a walk around the town and we tried to settle in with the its lifestyle. I was happy to see rich paddy fields and many growing vegetables. That motivated me to revisit my vegetable garden and plant some more. I enjoyed the drive and the types of places we had witnessed - Forts, Temples and  Caves.