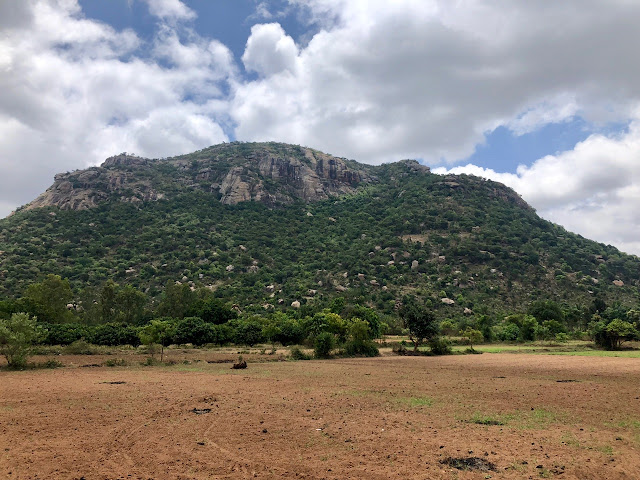 Subash had heard about Bheemanakindi from a local and he wanted to visit the place. After a few drop outs from the trip, it was just he and me driving towards Halgur on the 22nd of August. Bheemanakindi is located near Kanchana Halli in Halgur (Malavalli) - Channapattana Road. We stopped at MTR for a quick breakfast. 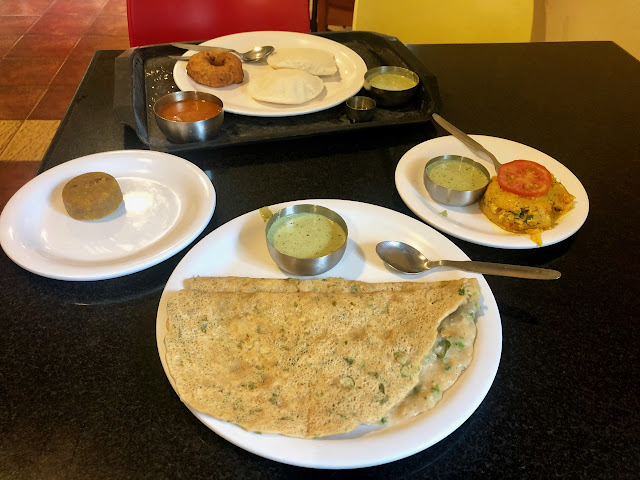 Since we were meeting after a long time, there was a lot to catch up on. At the village, we were directed to the base of the hill. The climb was not that tough. 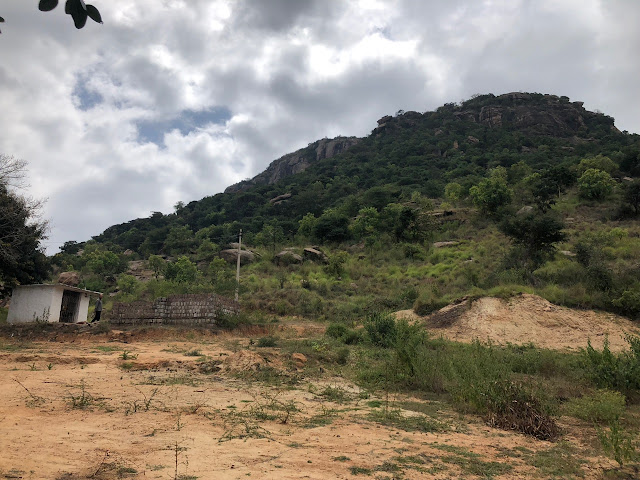 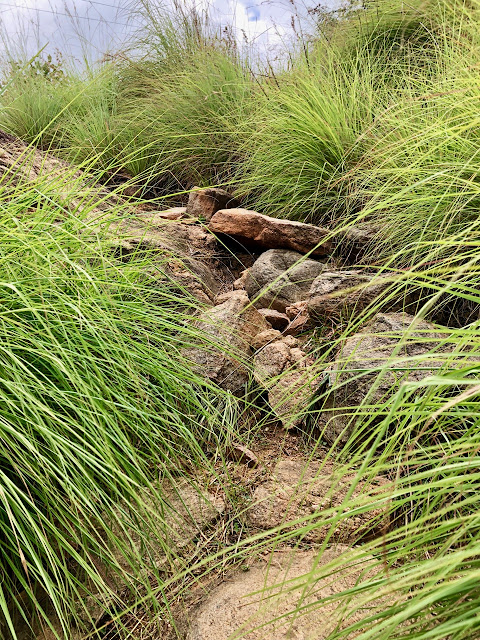 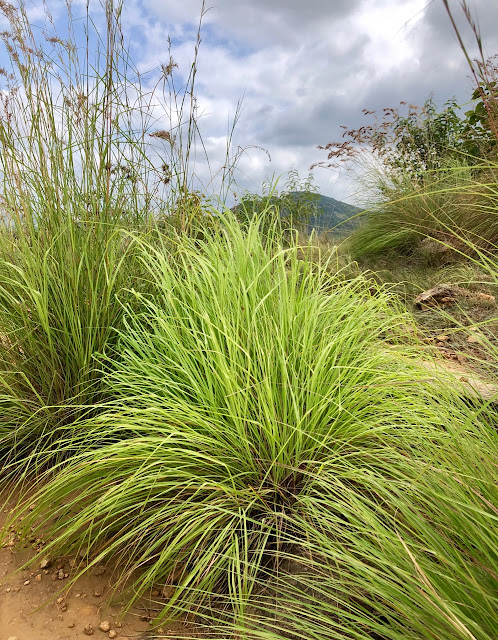 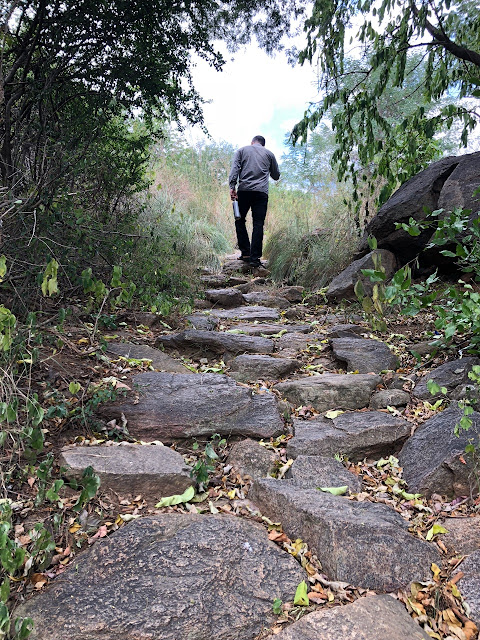 The main attraction is the natural arch at the summit, under which rests a small temple. It is said that the stone idol of Nandi is soft to touch. Since the shrine was closed, we could not verify that story. 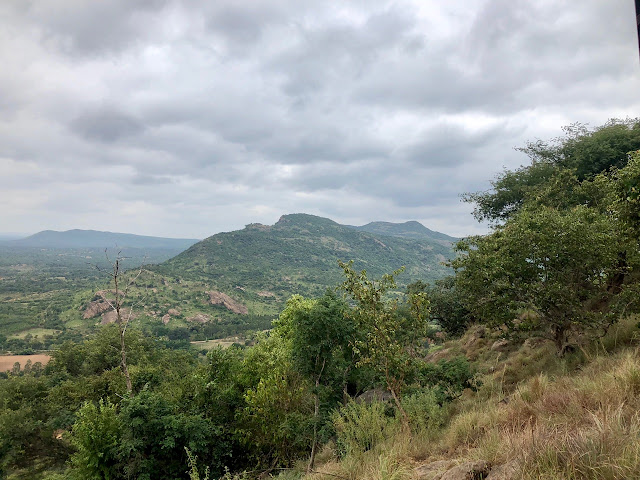 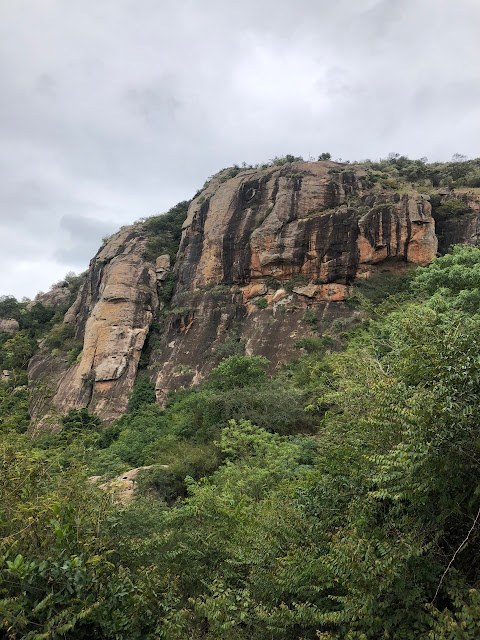 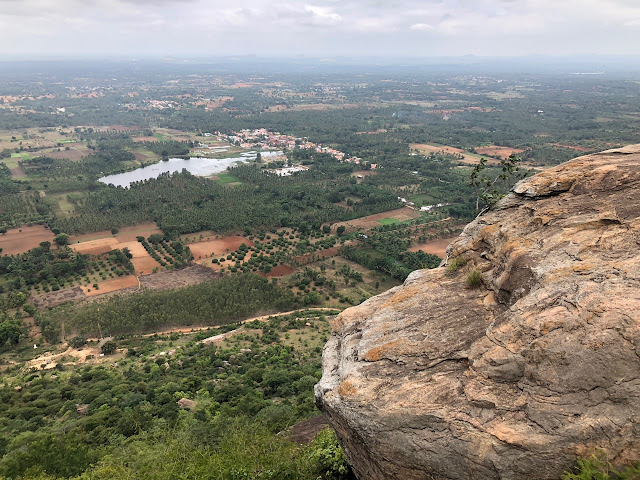 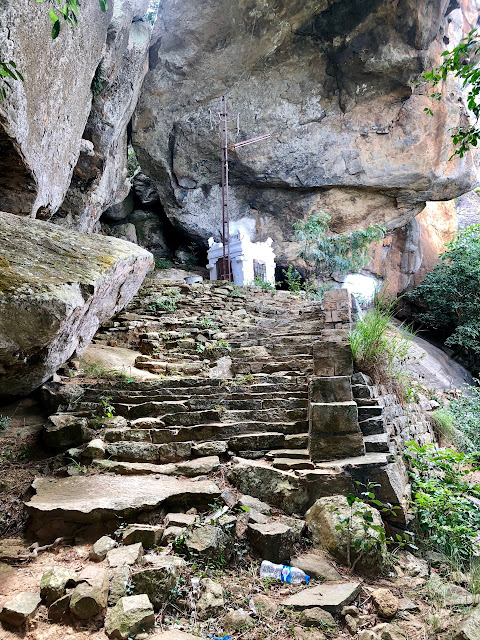 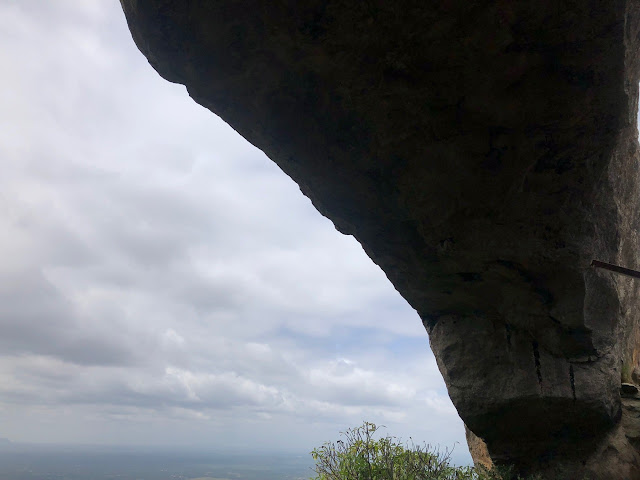 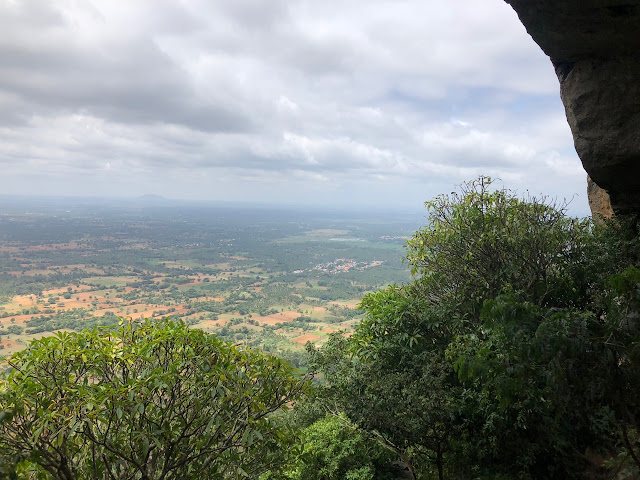 Though it is a short trek, it is refreshing, specially during this weather as it is relatively green. 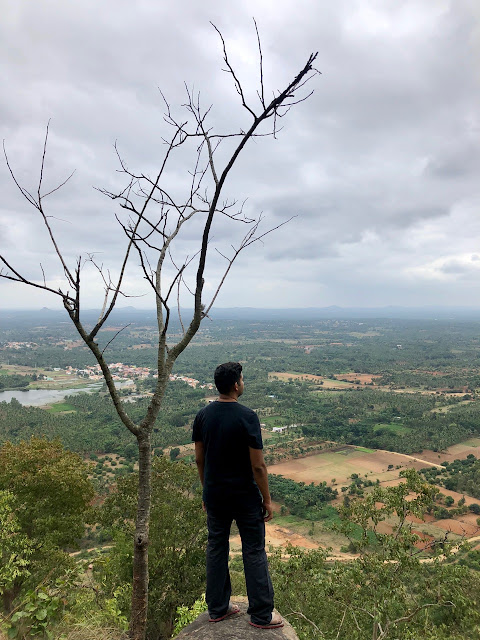