on January 31, 2018
On the 14th Of January 2018, Preethi and I left Bangalore at around 6:30 AM. I wanted to explore Chintamani Taluk of Chikkaballapura District. Our first stop was Amaranarayan Swamy Temple at Kaivara. As per the legend, the main idol is installed by Lord Indra himself. At the temple, women were offered free bangles. When asked about the importance, they told us that Sri Thathayya, a very famous saint who hails from this region used to offer free bangles to women outside the temple. 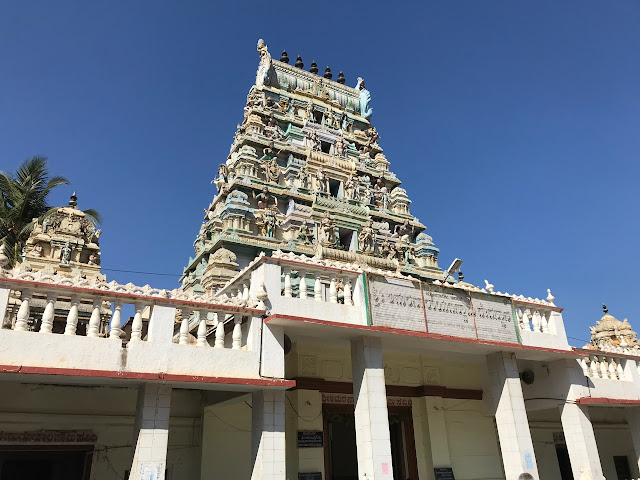 The Yoginarayanmutt, situated close by from the temple is the place where Sri Thathayya went on Jeeva Samadhi (Buried alive). 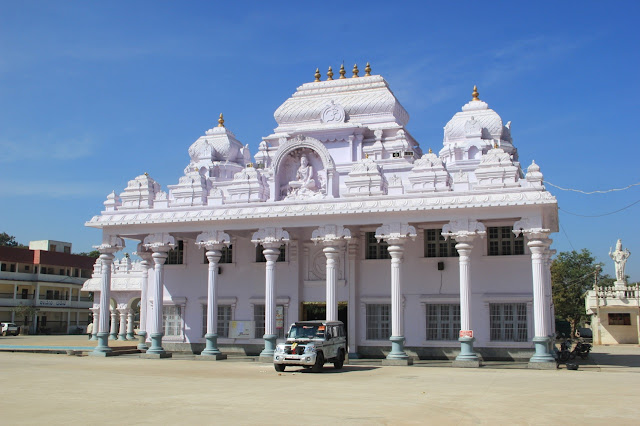 Aranya Rama temple and Rameshwara Swamy temple is located near the Amaranrayan swamy temple. And also Vasavi Kanyakaparameshwari temple. We walked to the Bheemalingeshwara temple as well. It has some impressive architecture. 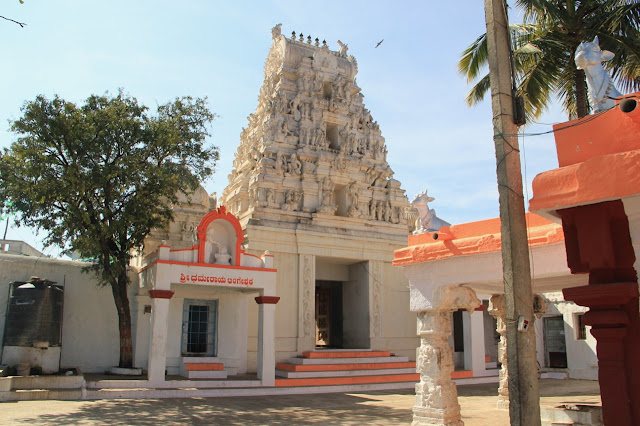 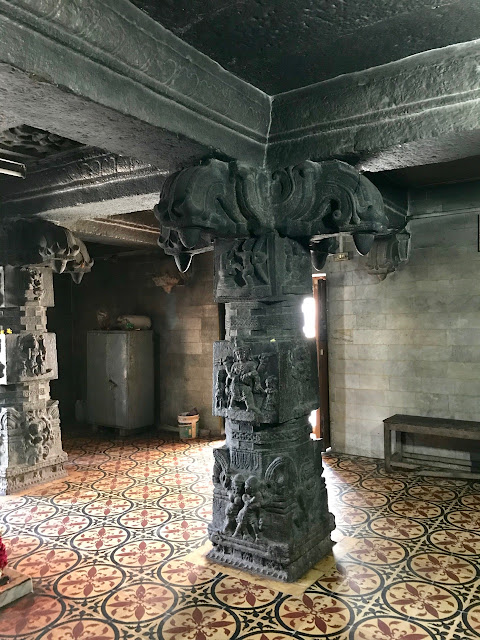 The hill in front of the temple is said to be the place where Bakasaura was killed. This story is prevalent in many villages and apparently I have been to many hills in different villages where this event from Mahabaratha is said to have occurred. 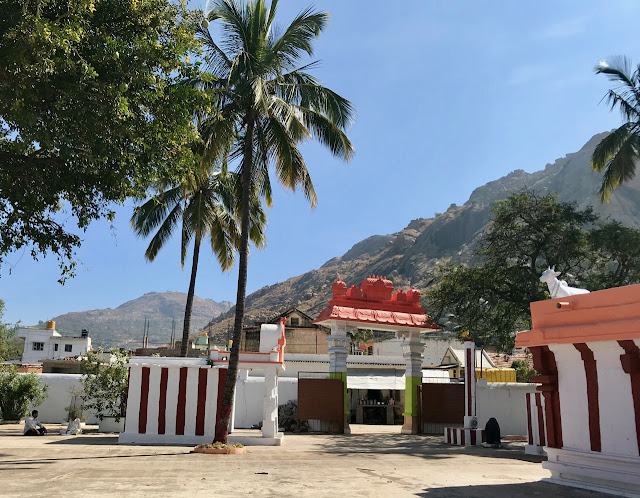 We next drove to the Thathayya caves where he is said to have found enlightenment. The cave and the meditation centre was very peaceful. In the hill in front of the temple is a Ranganatha swamy temple. One could trek to the top via a trail that starts at the zoo maintained by forest department. Before climbing up to the caves, there is a yoganarasimha temple at the base. 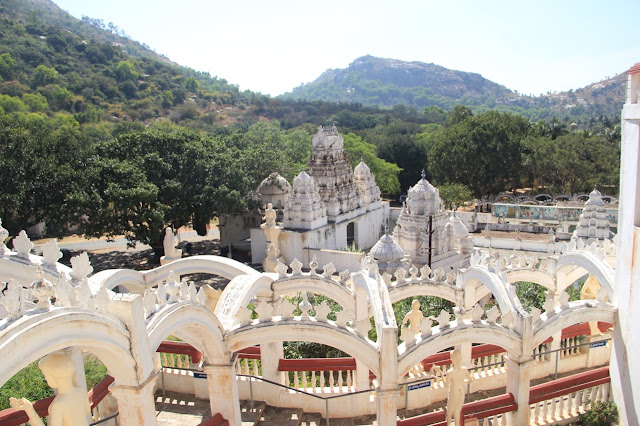 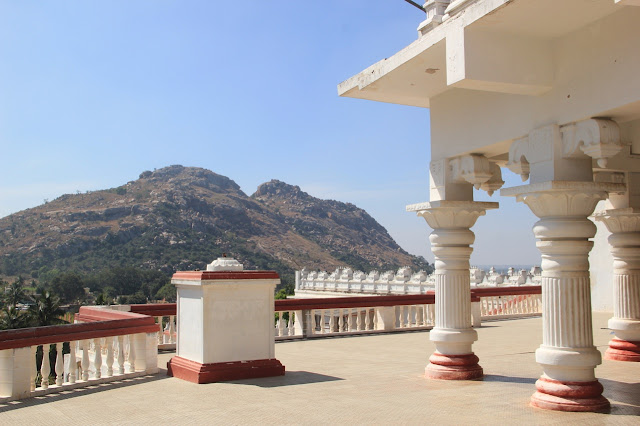 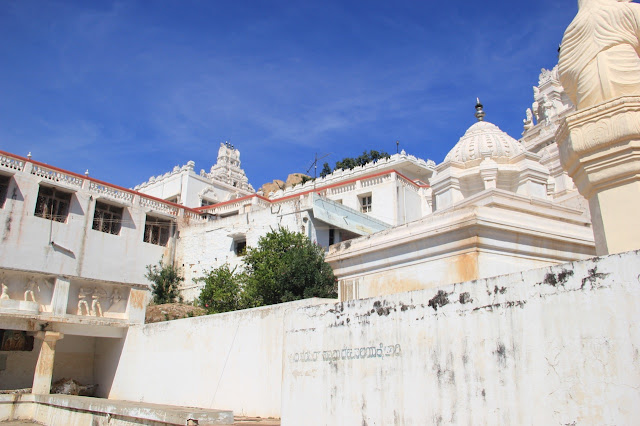 Our next stop was Kailasagiri, a recently built rock cut cave temple. I was totally impressed by this temple. It is well maintained and has less tourists. Only people from near by towns seemed to visit this place. 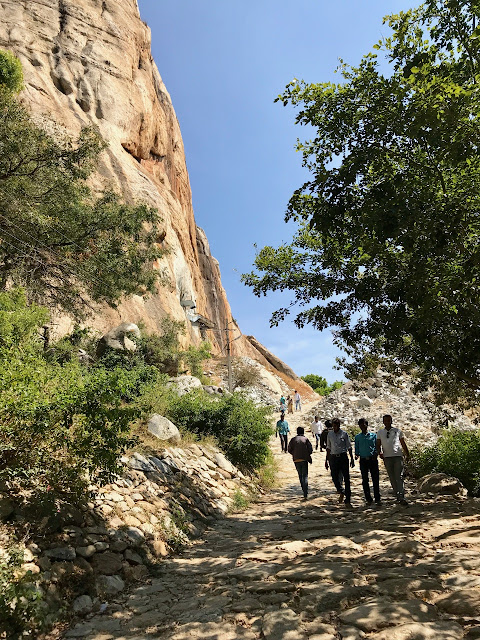 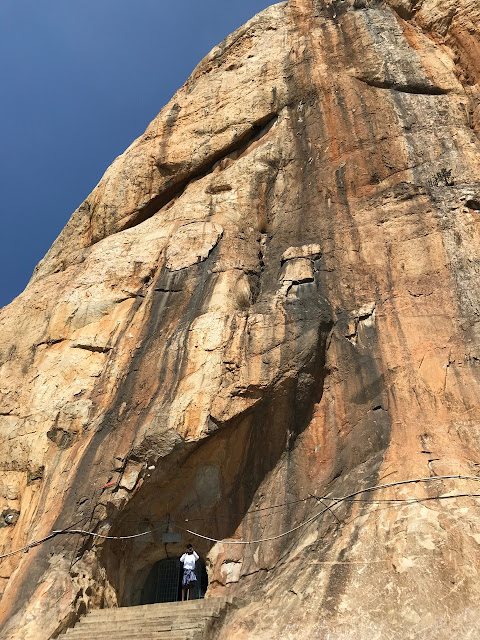 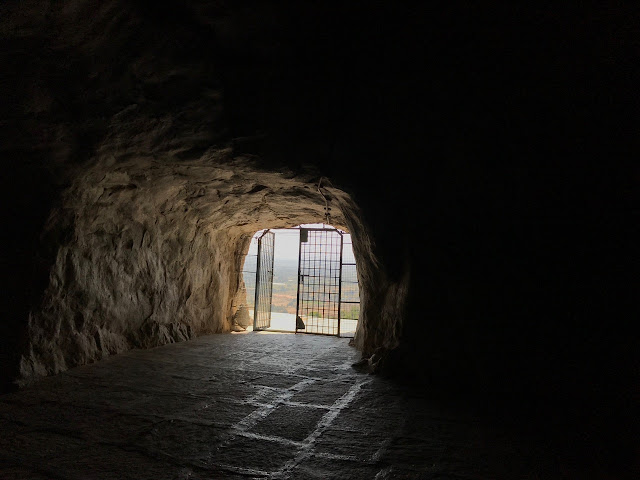 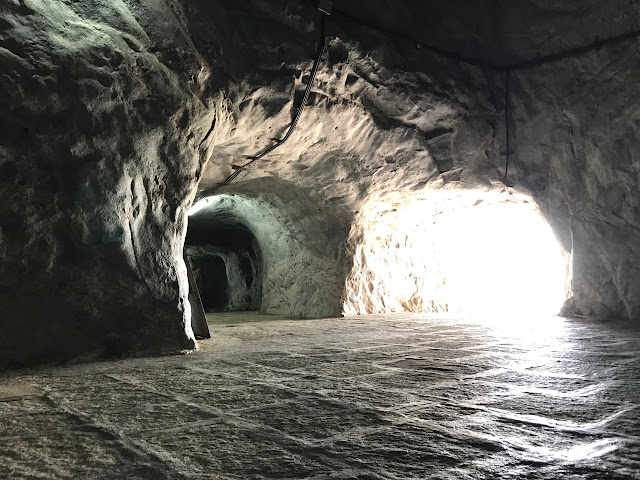 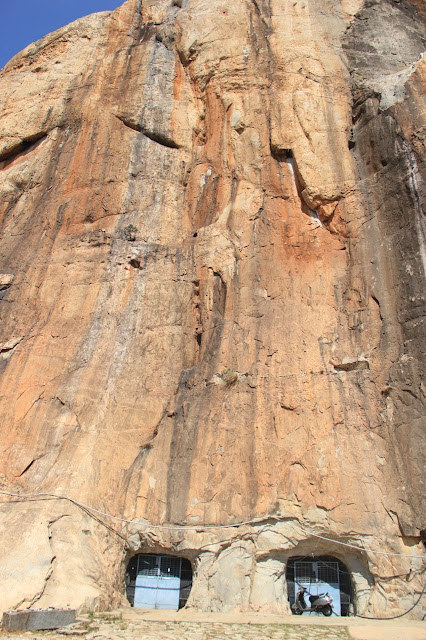 At the base of the hill, we had free meal offered by the temple authority. It is a simple food and you could donate as well if you wish. We headed to Chintamani next. At Chintamani town we climbed the Varadanjanaya temple hill. The temple was closed but the view from  the summit was very beautiful. 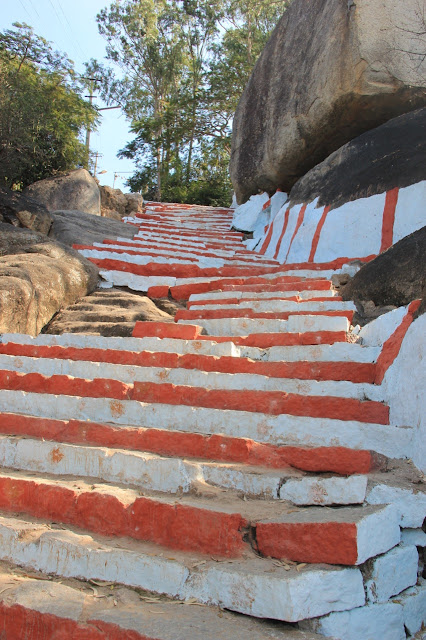 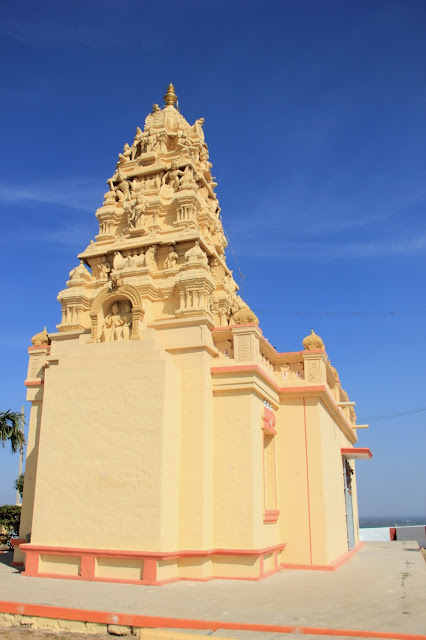 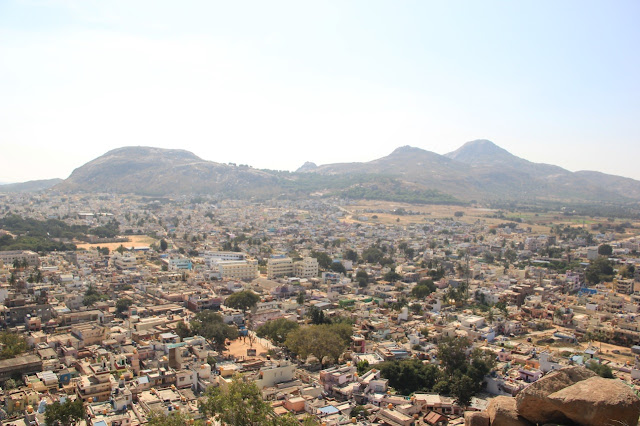 I met an old man called Narayan swamy who had come up there to feed biscuits to the monkeys. He talked to me a lot about this beautiful Shiva temple called Naganatheshwara swamy temple. He believes that there is no Shiva linga as beautiful as that. He showed me some of the videos of a special pooja that he arranged there. Seeing his appreciation, we decided to go there. At Naganatheswara temple, we sat inside waiting for the priest to finish the decoration. It felt peaceful in there. 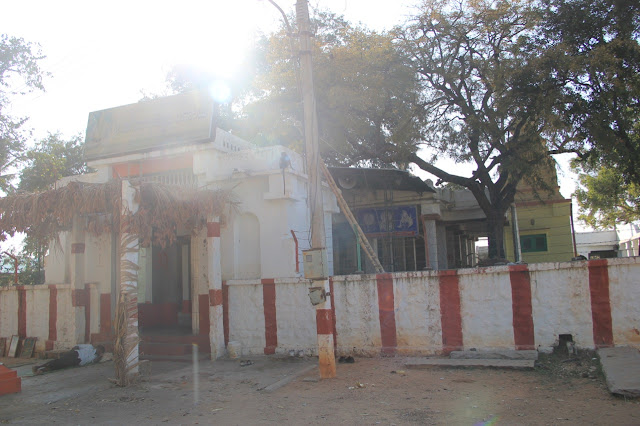 We next drove to the Kadumalleshwara swamy temple situated on top of a hill, in the outskirts of the town. We drove almost three fourth the distance and then had to return as there was no road ahead. We did not wish to walk as it was already getting dark. The view up there was excellent. 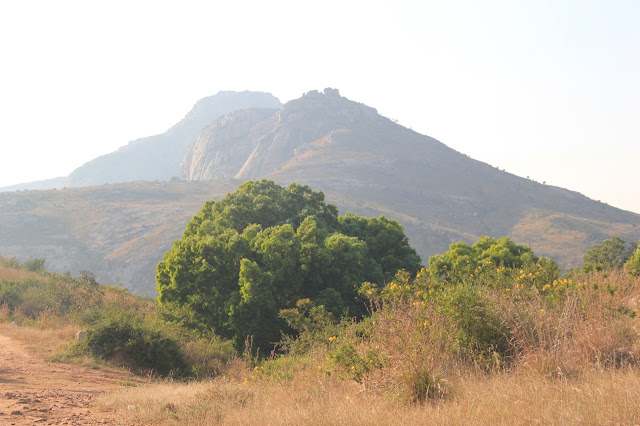 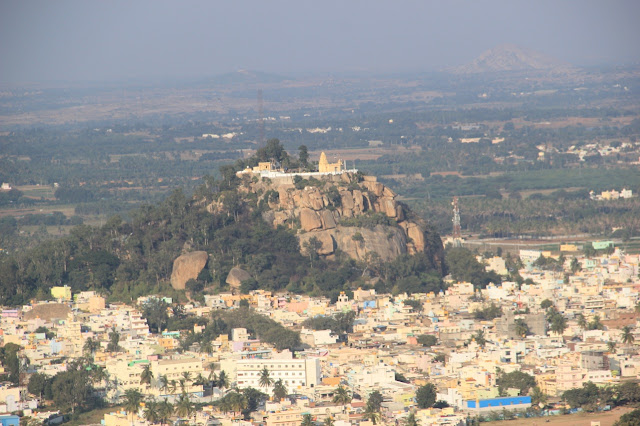 We next drove to Almagiri. The Laxmi Venkateshwara temple in this small village is very impressive. There was a very divine setting out there with priests singing prayers. The main shrine is constantly visited by monkeys who are allowed to steal bananas from there. It was a peaceful evening out there in the village and it was a perfect place to end this day trip. 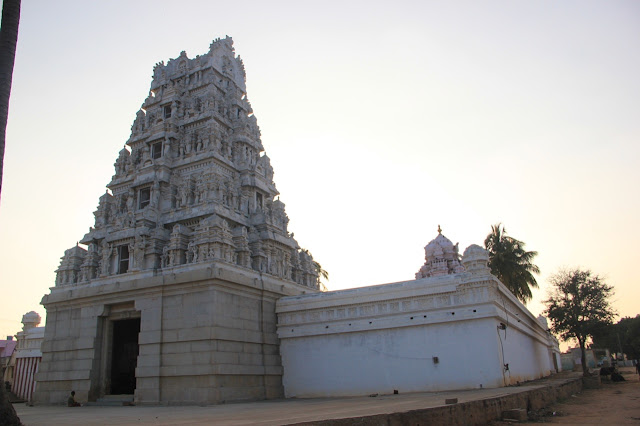 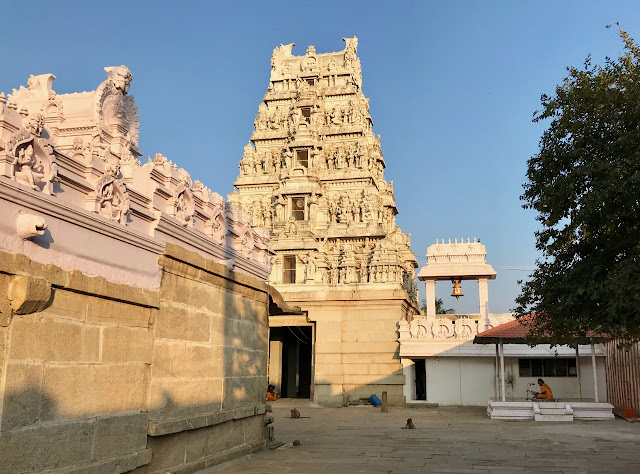 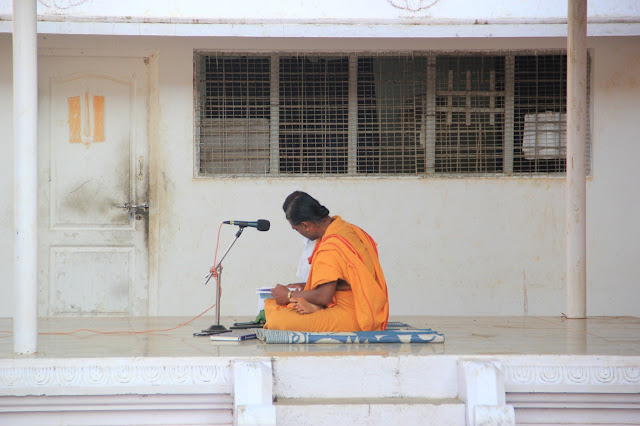 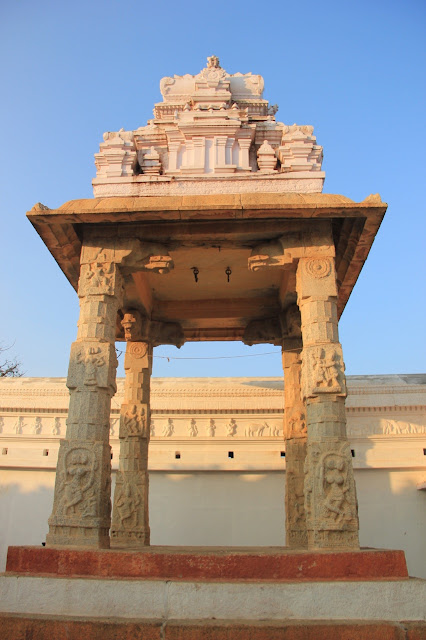