I woke up at around 2:40AM and got ready to leave. The Swis couple are so sweet that they woke up just to see me off. I am touched by their generosity. I had booked a taxi through the hostel that arrived on time, at around 3:30AM. I really liked this hostel and this message they have on one of the walls at the lobby. I think every traveler can relate to this and some day be on a life long voyage. 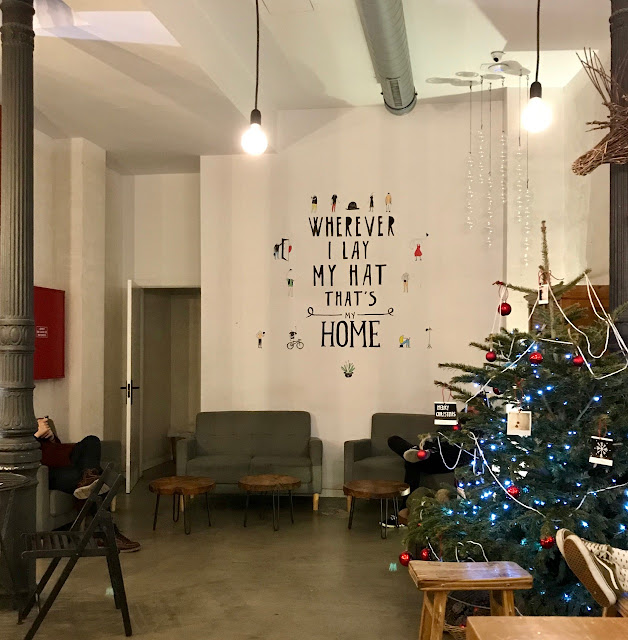 At the airport, I checked in my bag. One of the straps of the 10L pocket on top of my backpack came loose. I should have removed the pocket but I tied a knot there and checked the bag in.

An American lady sat next to me in the flight to Frankfurt. She spoke a lot. She told me how her daughter had just finished graduation and how they had traveled for a week around Spain. She informed me that she had never been to other countries except for Mexico and now Spain. She told me that her husband fell sick and she too felt a bit unwell as there is always so much of germs around. She said to me that her daughter enjoyed backpacking and how she had told her about people in Morocco. People there lived with minimal comfort and yet they were happy. The lady made me aware of the fact that how we on the other hand, desired many things and complicated our lives. She also noted that there were poor people in the US as well but then Government took care of them. While the developing or underdeveloped countries did not have that facility. I listened to her as she spoke very passionately about everything and answered her as she curiously enquired about my life. 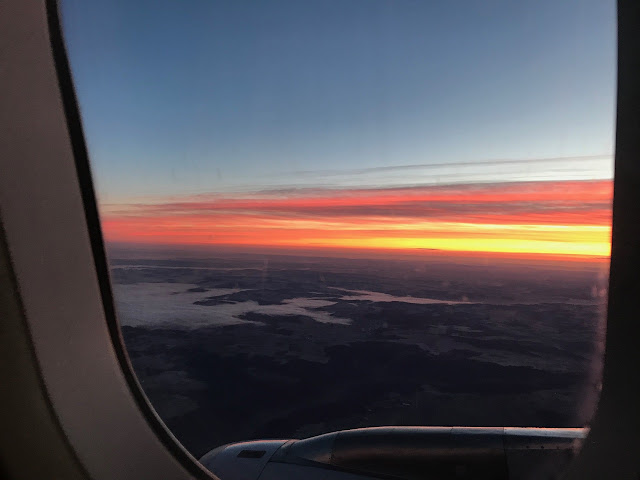 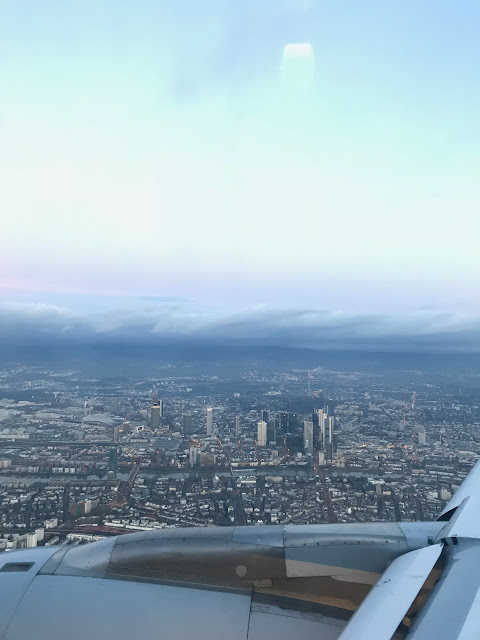 On my flight, I remember thinking that one trip would not be sufficient at all to see these incredible countries with rich history and culture. I was definitely going to return back to Europe and as this experience has provided me a good understanding of how Europe functions, it would be much easier next time.

While waiting for my flight to India at Frankfurt Airport, I sketched a memory from the Flamenco show. 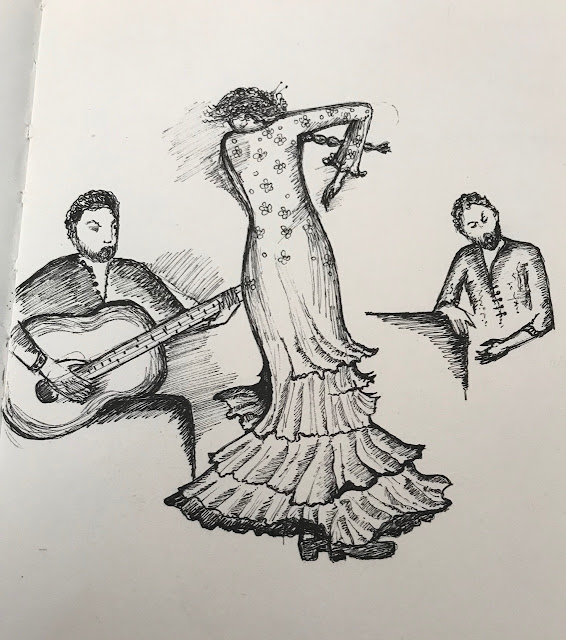 At the baggage claim, I realised that the 10L pocket had come loose and I had lost it in transit. Unfortunately with it, I had also lost a few good books.

This backpacking trip has been a great experience and it was time now to reflect upon all the memorable experiences that I had carried back. I had met some really good people along the way and observed how food and drink connects people. A closer look at European culture was also an eye-opener to break the stereotype that the East cultivates about the West. I  would surely revisit these countries, but may be not in Winter. It is very cold out there. Perhaps October would be a good time if not summer.

Based on my experiences and interaction, I arrived at this conclusion in general about travel, about myself. I leave you with that note.

"To be a traveler is like being a child again; being curious about everything that exists in this diverse world that we live in. The more we travel, the less ethnocentric we become! As a result, we begin to appreciate the fact that every culture has its own way of looking at the same subjects. It is not to assign superiority, but to appreciate the differences that one travels. Because, the way we look at something may appear different superficially but are somehow mystically connected." 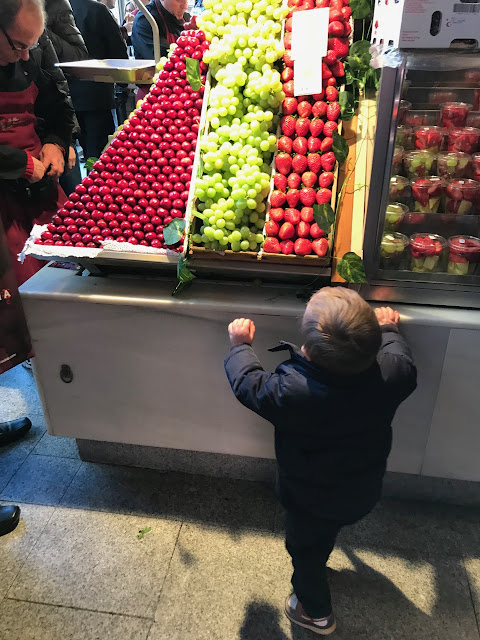