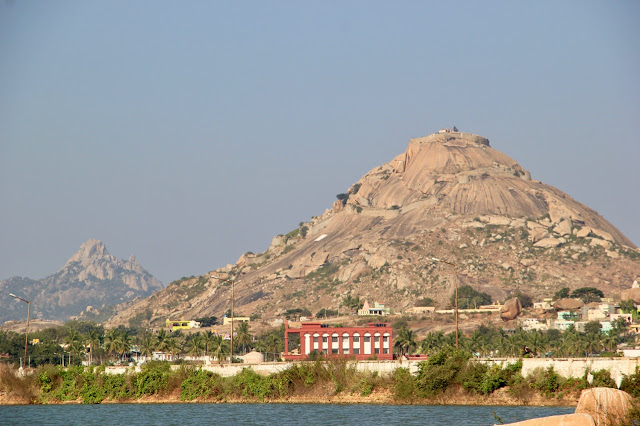 Gudibande fort is situated in Chikaballapura district, about 95 kms from Bangalore. I wanted to do 3 treks on this day; an ambitious project that I have never taken up before. My friends Mir and Manohar joined my enthusiasm. We left Bangalore at around 7:30AM on the 31st of December 2017 and reached Gudibande at around 10:00 AM. We had our breakfast at a local restaurant. The impressive fort was visible from a distance. 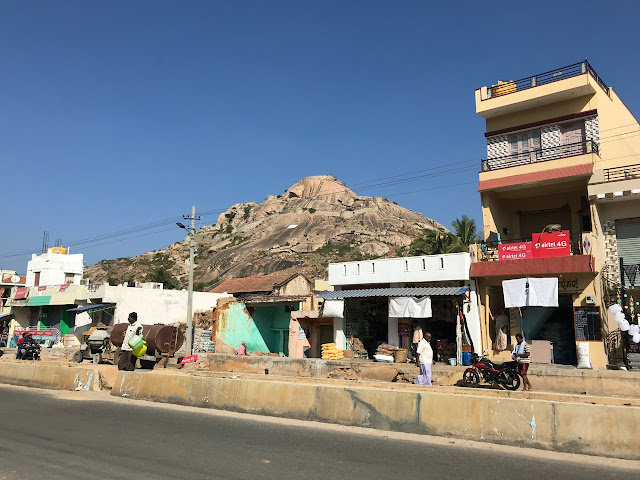 You can park you car next to the steps that lead to the fort summit. The climb is not very difficult. The steps give way to a trail and some rock cut steps. It is not a tiring trek at all. At different levels, there are interesting architecture that reminds us of the by gone era. 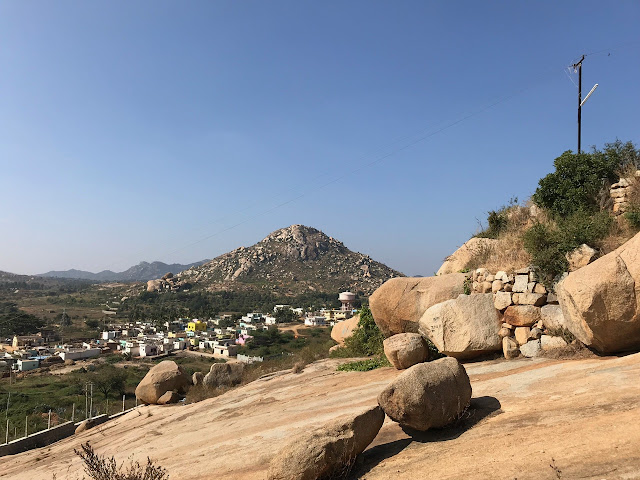 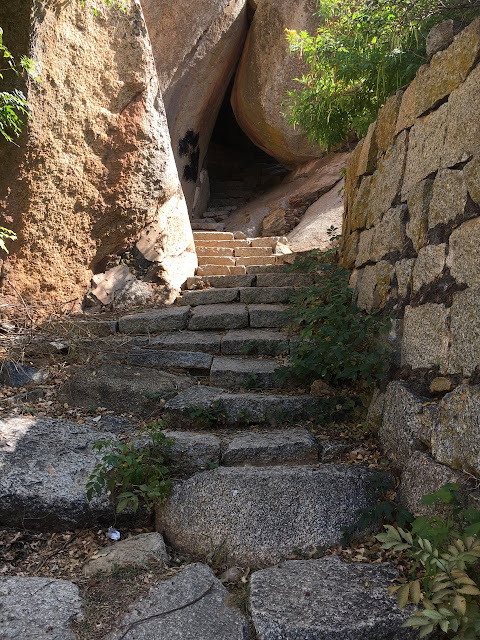 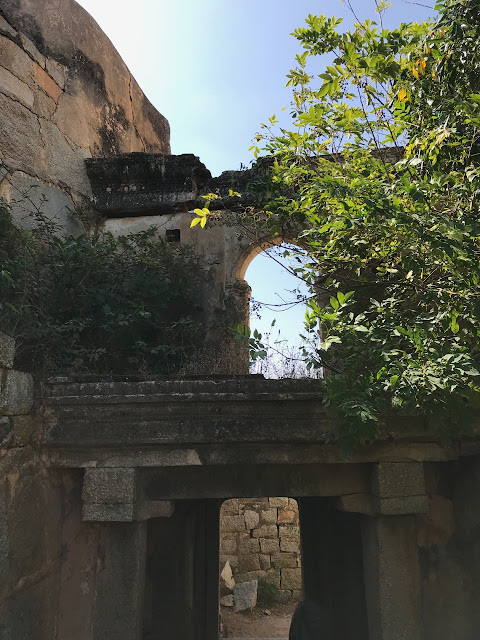 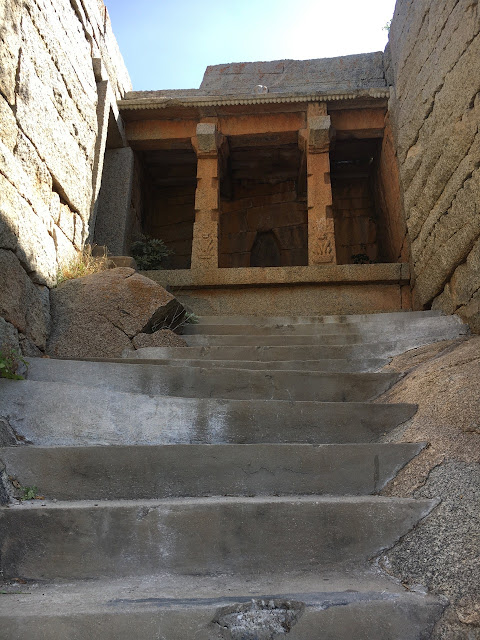 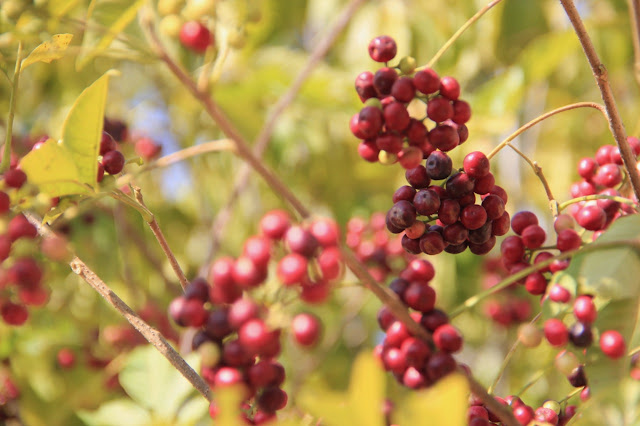 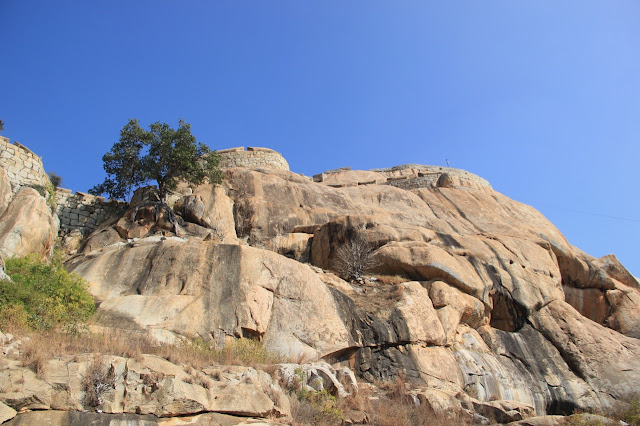 By A pond believed to have created by Lakshmana from Ramayana, we met a bunch of middle aged guys. They were cleaning the pond by collecting the trash people had thrown. A man had brought along his colleagues from Bangalore to his hometown and his friends from the village had accompanied them to the summit. They told us a lot about the fort and the temple at the summit. 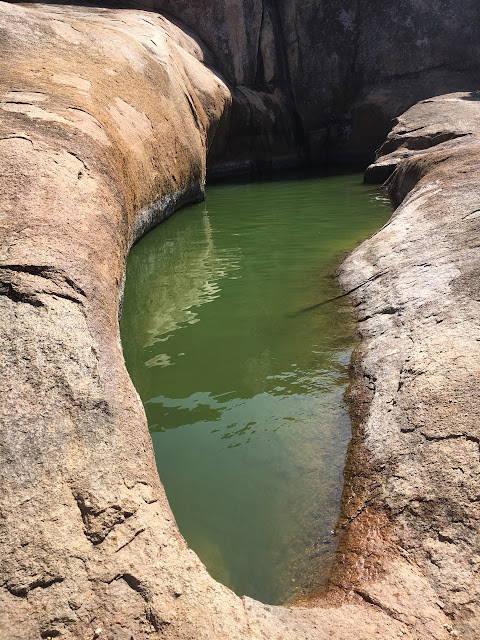 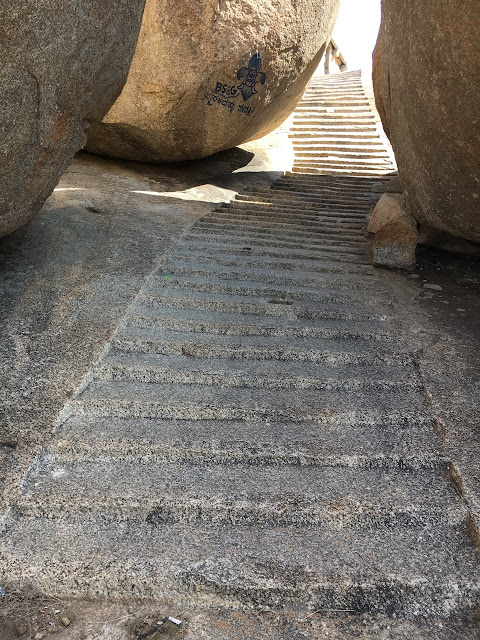 The hill is actually called Surasadhma Giri. There is an annual festival that takes place at the temple that attracts a huge gathering. A wall made of mud is built in front of the main deity. People form human chain and supply water from the pond to the main shrine for Abhisheka (Pouring libation to deity) until the mud wall collapses. It is believed that rains would follow soon after and support the cultivation. 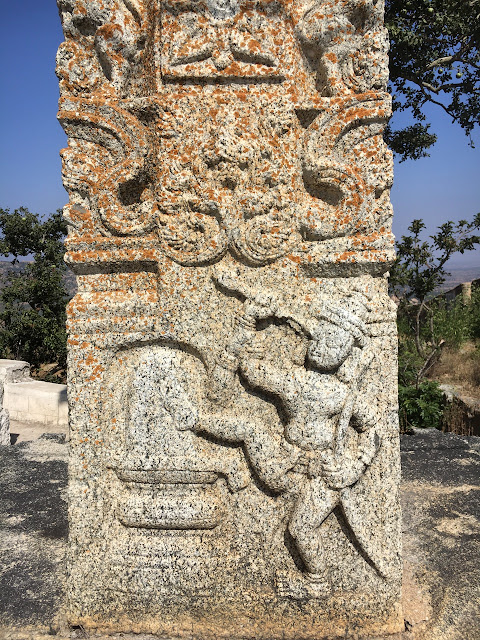 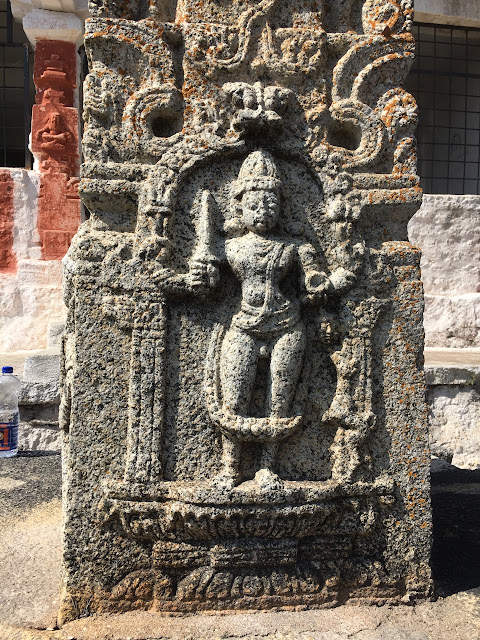 I had planned to trek Avalabetta next but they told me that trekking was stopped up there due to some recent unfortunate events. Instead, they asked us to climb the hill at Yellodu. We relaxed there for a while as we observed the village and India shaped lake below. 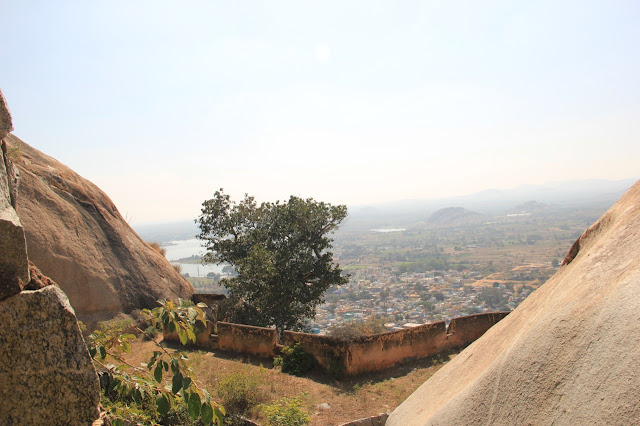 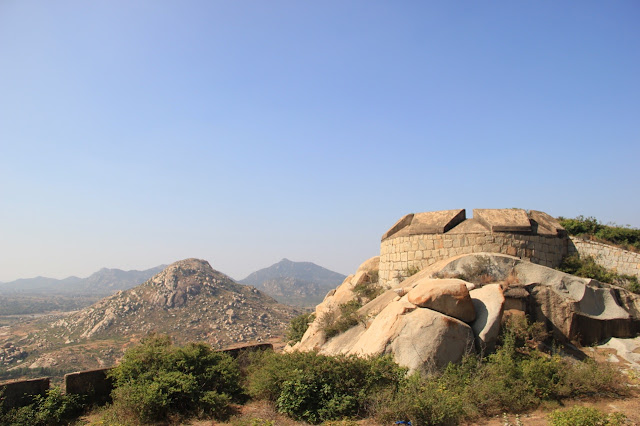 They offered us some home cooked food that they were carrying and we shared some fresh carrots and cucumbers with them. Though it was not a long or a tiring trek, the experience was great and I was all set to climb the next hill. At the base of the hill, we met a gentleman who gave us more history about the place and also told us that we could learn more from his youtube channel. We thanked him and drove towards our next destination. 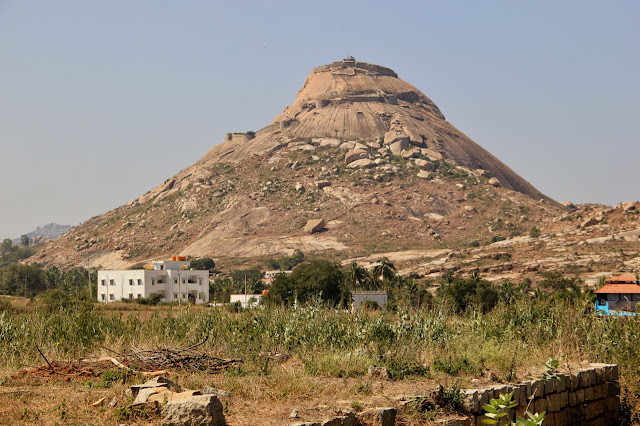