I woke up pretty early and got ready to leave. Vélario woke up to see me off. I truly had one of the best hostel experiences in France here. The evening spent drinking wine and chatting with the Russian and Chilean travellers, pasta cooked by Vélario, all that would remain as  special memories of this backpacking trip. I believe that travellers should never get attached to a place, a moment or an emotion, because that would defy the very purpose of his journey. One must keep moving on experiencing everything but not really being attached to any. So, it was time to continue my journey, this time to a new country. 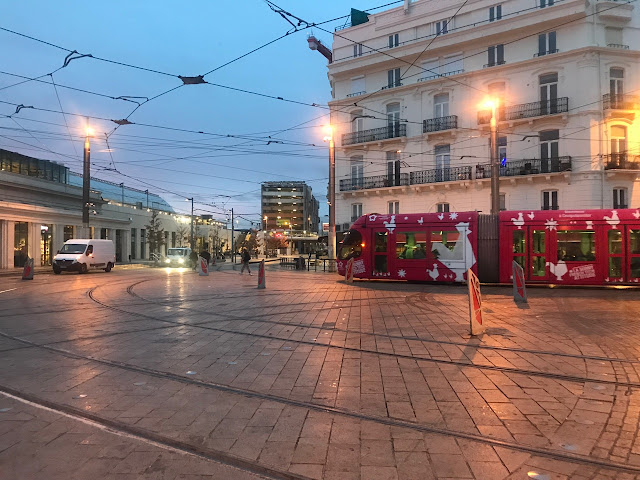 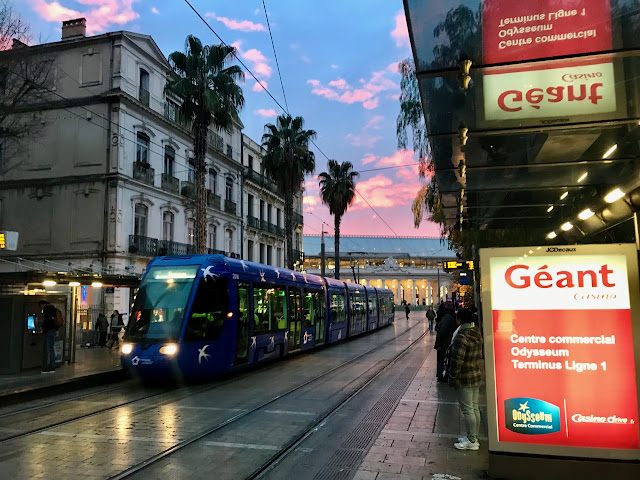 I took a tram to the bus station. The Flexibus driver seemed very grumpy. He asked the two lady passengers to silence their kids before he could start checking the tickets. He seemed to be of South Asian origin. The bus ride was uneventful though. The farmers were busy pruning the vines. The Pyrenees looked spectacular with its summit covered in snow. As we crossed the mountains to reach Spain, the vineyards gave way to olive farms. 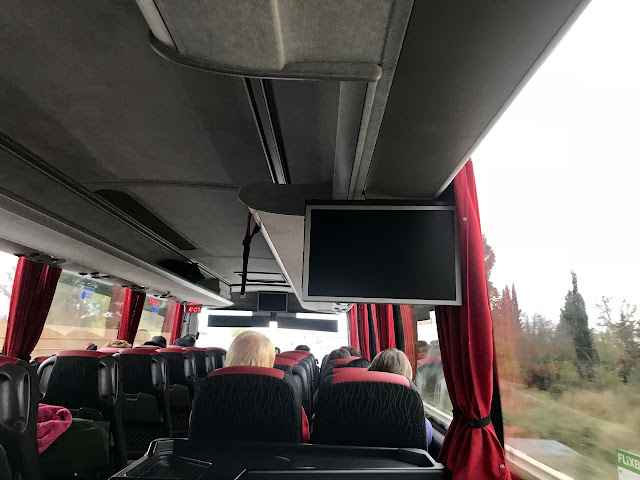 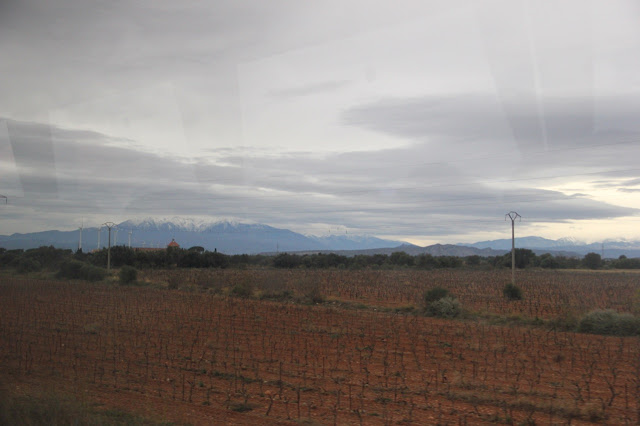 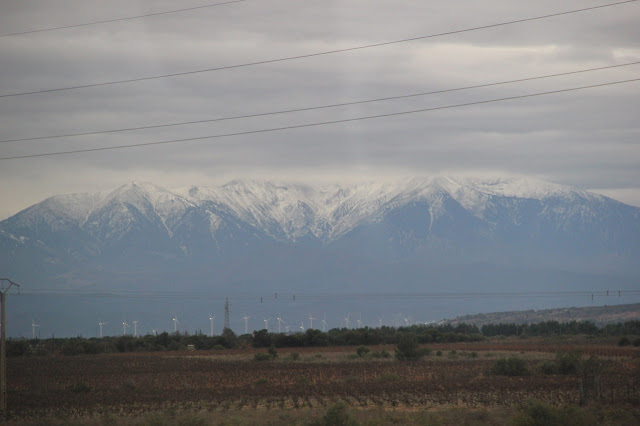 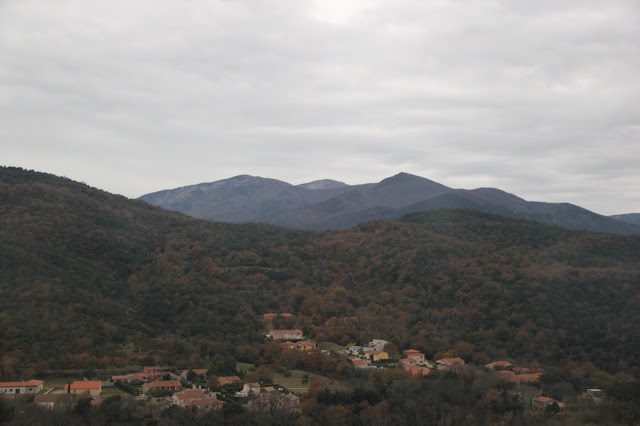 The villages and houses looked different across the border. The terrain and the soil colour changed as we crossed the mountains that carved the frontier between two beautiful countries. 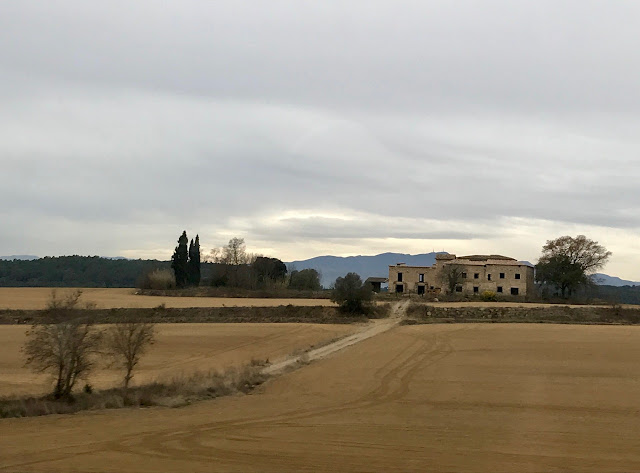 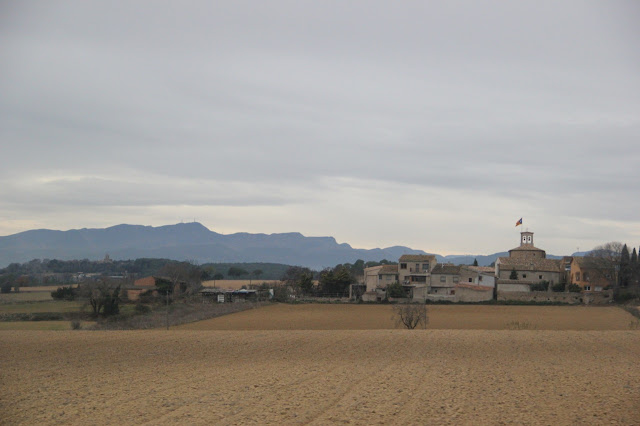 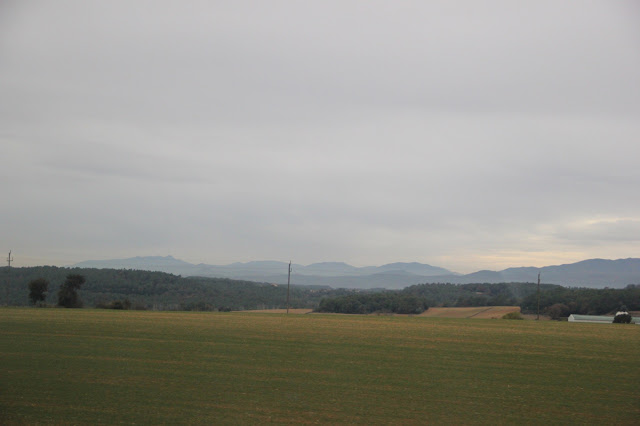 I reached Barcelona in the evening and walked to my hostel - Mediterranean youth hostel. It is one of the best hostels that I have ever been to. Mainly for the friendly vibe that is created by the employees there. They arrange events so that you can mingle with other travellers. They cook special dinners every day that could be ordered before 7PM and bar hopping and city walks are also organised.

I took some rest and finished the Carcassonne castle sketch. Observing closely, some of the great art works by my favourite artists, I realise that a good art is a result of immense concentration, dedication and fine detailing. 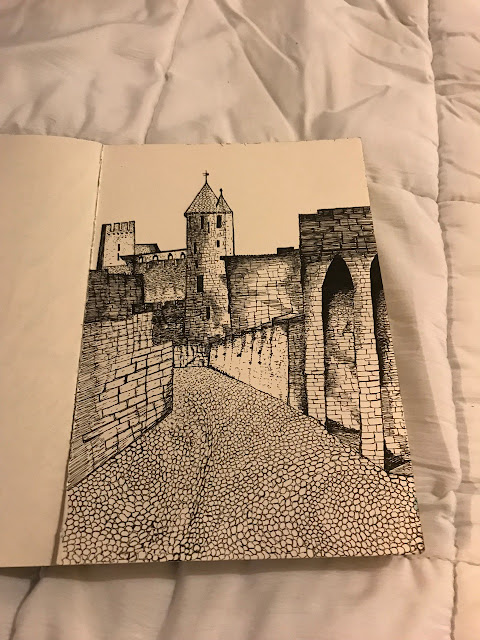 The weather in Barcelona is pleasant. Though still cold, it is bearable. I bought some Pasta and sauce from the grocery store and cooked my dinner in the hostel kitchen. I intended to meet my friend Fabien but I felt feverish.  So, I decided to stay back at hostel and take rest.

A conversation between an Indian and American girl woke me up at around 10:30 PM. The Indian was talking about how she had traveled to many places around Europe and warned the American about the pick-pocketers. It was quiet disturbing but how could one complain while in a dorm. After the American left the room, the Indian girl and her friend, a boy of her age (Mid 20’s) began to discuss about me. They spoke in Hindi first and then switched to French assuming that I cannot understand. In their not so good French, they talked how I was probably awake and listening to them (Which I was, because they woke me up). And how I would probably go out early next morning because I have come from so far and would want to make the most of my trip by visiting all the places in the city. At some point, I thought of waking up and replying to them in French. But, really it did not matter. I am not sure why some of the Indians behave so. Why do one have to talk about random people who they have not even met personally. Anyways, feeling feverish and tired, I went back to bed by ignoring them.