Ever since I had begun learning French, people asked me various questions - Will you use  the language for your work? Will you travel to France or migrate to Canada? Why are you learning French? And my answer of learning it for just pleasure always received a dull and disappointed reaction. Of course, I had begun learning the language because I want to travel the world and more than 40 countries speak French. But as I got involved in the language, it was not just that. My french classes introduced me to a new culture so rich that every aspect of it fascinated me. I found myself inspired by the various art movements that this country had nurtured and the love for food and wine that this land practices. The language itself was so structured that I sounded better to myself while repeating a French expression. So, in no time, my original intention slipped beneath the eagerness to master the language itself. But, the questions that people asked kept coming; with new voices and new faces - Have you not traveled to France yet? So, I guess it was finally time for me to put this question to rest. Moreover, with sufficient experiences gained by my solo backpacking in other countries, of overcoming the fears that an orthodox Indian society had inculcated in me, I was now ready to enjoy my travels in the country whose culture I am so fascinated by. And since I have studied Spanish too, it was wise to club Spain as well on this travel. 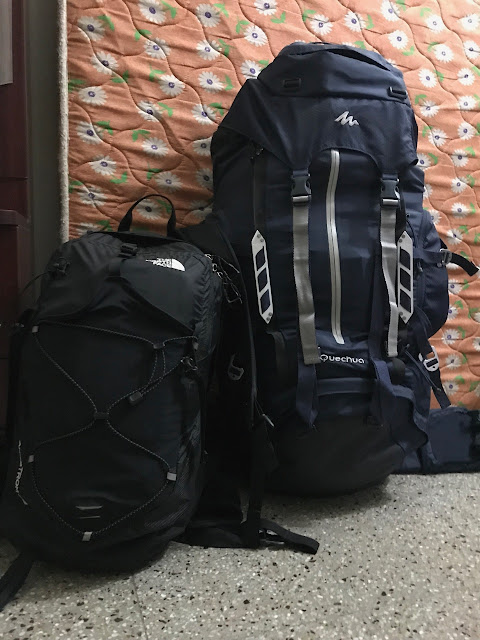 So, on the night of 5th December, I packed my bags again and headed towards the airport to catch my early morning flight to Frankfurt. The visa process had been the easiest. I had booked my tickets two months in advance and soon after, following the instructions on France embassy website, I applied for the visa by providing all the documents requested. VFS global takes care of all the process and there was one visit to submit documents and scan my finger prints. For tourist visa, one does not have to go to the consulate in person. In a day, my passport was returned with a visa stamp for 3 months instead of the my travel plan of 22 days. I was delighted! 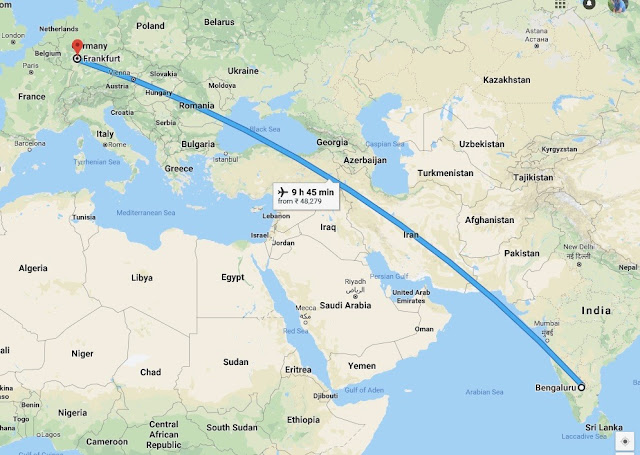 As always, I made no plans except that I would land in Lyon and then travel south to avoid the cold weather in the north. I was not really sure where I would go and that always makes my trip very interesting. Except for the hostel in Lyon, no other accommodation was booked. Lonely planet book on France and Spain was bought but never read. As always, they would be read during the trip. But what I did want to read though was the country's History. It gave me a flavour of how multicultural France was and how it has politically and culturally evolved as a country. My current B2 French class teacher ensured that each one of us presented a region of France and that helped me familiarise with the geography, interesting facts and cuisine of the entire country.

My Lufthansa flight at 3:30 AM on the 6th of December was on time and the flight was uneventful. I watched a good French film called - Ce qui nous lie. As 3 siblings unite after a long time, the story takes you on a journey of wine making with glimpses of different stages of the process during the year that they spend together. The movie felt like a good welcome to the country of wine.

At Frankfurt, I went through the immigration. Basic questions on whether I had my hotel reservations and my mode of covering my expenses were asked. I had some food at the airport and waited for my next flight to Lyon. My flight to Lyon was very exciting. Flying above the Snow capped Mt Blanc and the rest of Alps was an interesting experience. 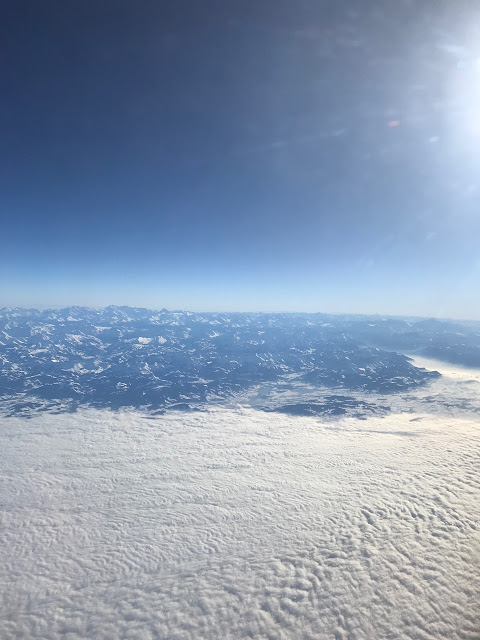 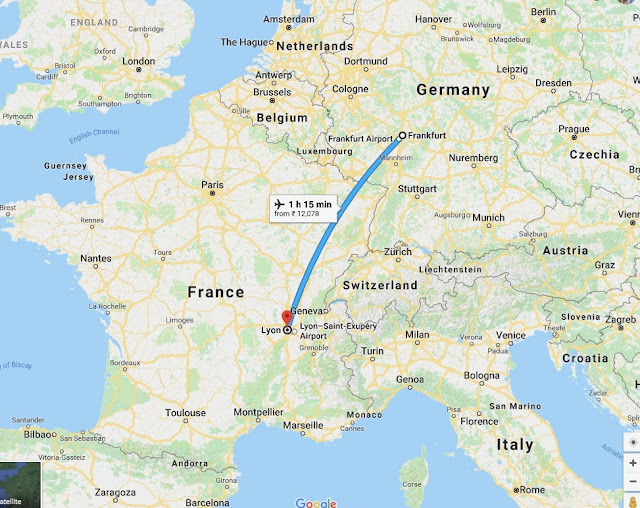 At Lyon airport, I bought a SIM card (SFR) and withdrew some Euros from an ATM. I managed to speak in French while buying the SIM card and I was quiet happy about it. Here I was, finally applying all my learnings. I walked to the train station and bought my ticket to the city center. The train ride was fun and it took about 45 minutes to get to the city. The data on my SIM card failed to work and thus, I decided to take a taxi from the city train station to my hostel rather than figuring out how to get to the metro station. After all, it had been a long journey.

The taxi ride was not very long though, I was at my destination within 15 minutes. SLO living hostel is located in a prime location and very close to the river Rhône. It has great ambience. The taxi driver and the receptionist responded to my French in the same language and did not switch to English. That was excellent, like how I wanted.

In my dorm, I met my first dorm-mate on this trip Andrew who welcomed me in French and we picked up a conversation in the same language. However, he is an American but spoke descent French and hence we never switched to English as I guess we both needed to practice the language. We chatted about our travels and he updated me about the festival of lights in Lyon that was in progress. Due to the festival, the hostel rates had gone up and I had only two days of availability at this hostel. Lots of people were pouring in for the festival.

I freshened up and decided to take a walk up to the SFR customer care center to seek some help on the issue pertaining to Data unavailability. It was cold outside, around 7-8 degree centigrade. The city architecture was so impressive that I felt like I was walking in the medieval times. Every building looked like a piece of art. The entire city was sparkling with lights. Fête de la lumière was in full bloom. 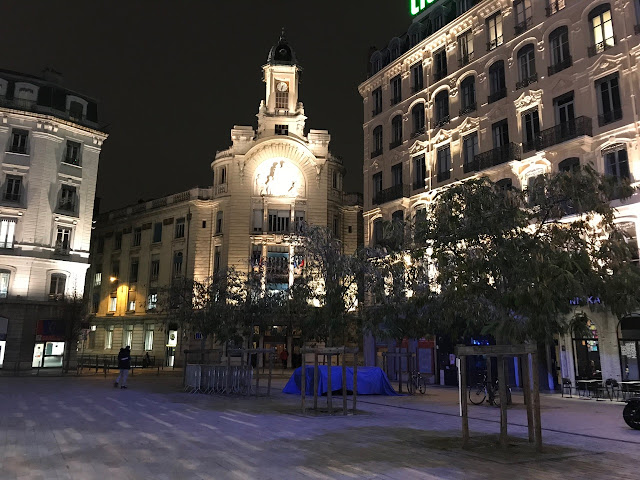 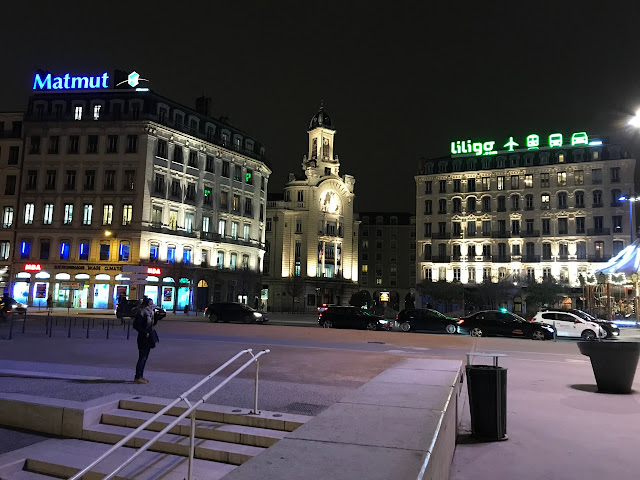 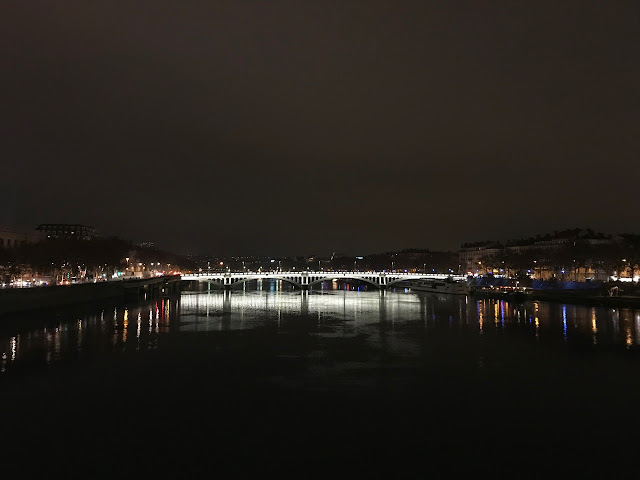 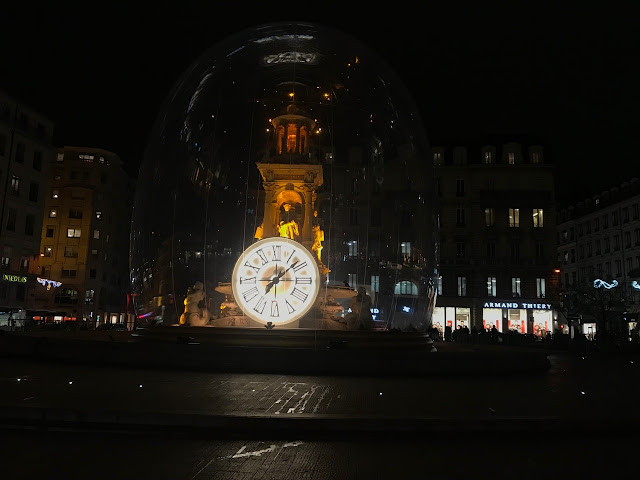 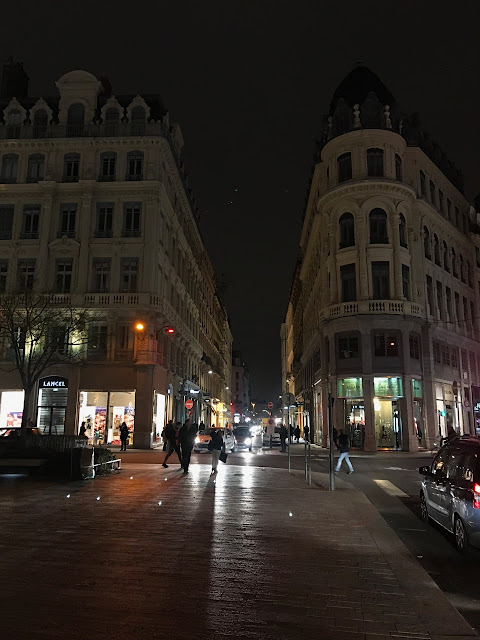 At SFR customer care support they struggled a bit but managed to set the Data on by switching my phone to flight mode and back. It seemed to work so I returned. On my way back, I had food in what I believe is a Moroccan restaurant. I asked them if they had anything vegetarian and they suggest Couscous with vegetables. Of course, the baguette is always served free in France. Along with it some sauces were served. Couscous and the vegetable gravy was extremely delicious. The vegetables were fresh and tender. 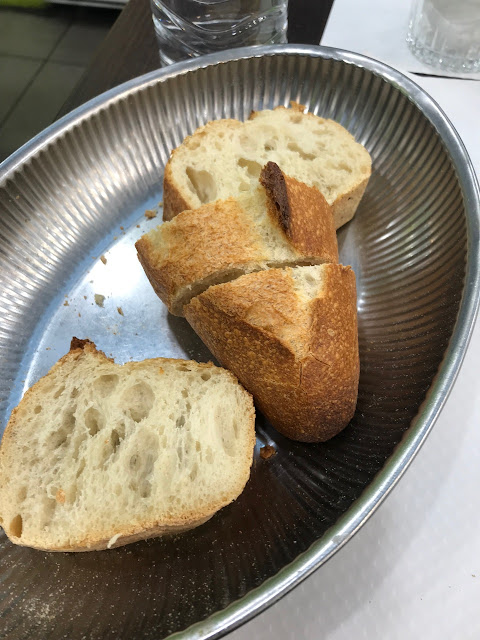 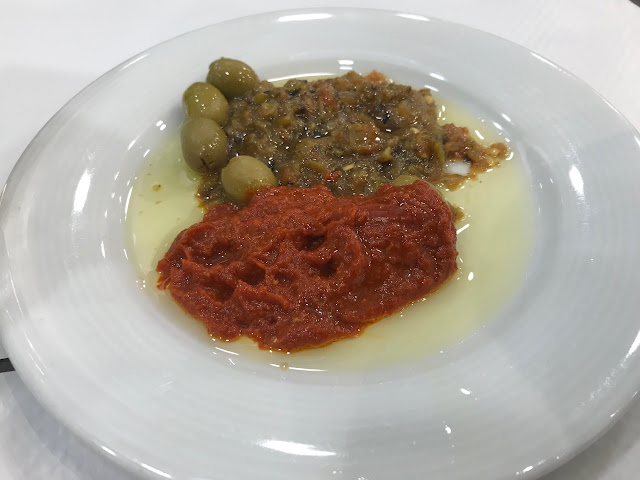 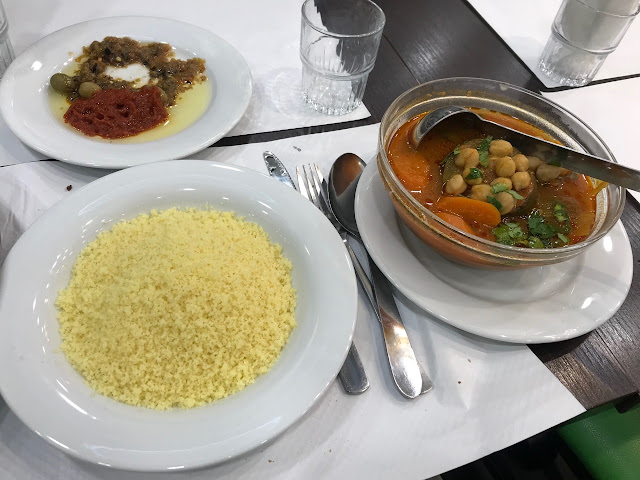 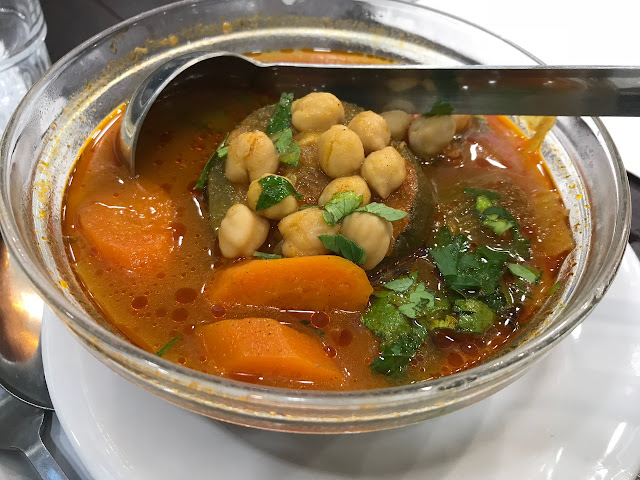 Satisfied with my first meal in France, I returned back to the hostel. Though the excitement kept me awake, I knew that I was tired and hence forced myself to bed. Finally, my dream of traveling to France had come true - Je suis en France. Un autre rêve réalisé!