I dropped my keys at the reception and pillow cover in the basket placed below, before walking out of the hostel. I walked towards the Bus stop outside Canterbury museum. Well, there is no bus stop as such but the ticket referred to a stop outside of the museum. When I reached there, two other passengers came by - One, a German man who has been traveling in NZ for quiet some time and has almost an year to explore the country. Another was a French national who was traveling for four weeks. We chatted for a while as we waited for the bus. The French had apparently travelled to Akaroa the previous day. It is a town with a French connection. I wanted to go there but decided against it considering all the cool things I was headed to, down South. He had walked quiet a distance outside of the city to hitchhike. On his way back, he said it was easier as many were returning to Christchurch.

Our intercity bus had been waiting all that while and we did not know as it had some other name on it. We left Christchurch at around 7:45 AM as scheduled. This bus route is part of a guided tour hence the driver gave some interesting commentary as we drove. However, he started off with a rude tone by warning us not to be late, not to bring hot food or ice cream in etc. Well, he sounded like a grumpy old man rather than politely requesting us to be sensitive to these things.

Next to me sat an American girl named Jen who was traveling to Ashburton to work in a dairy farm. She was spending almost an year in the country and had already spent 8 months. She told me that she has traveled in India, mainly in the north and would like to return soon.

The route was filled with farm lands on either side.  Flat grounds of Christchurch slowly gave way to small hills. Green grass spread over the farm and hills looked picture perfect, sometimes appearing too fake to be real. Cattle grazed on them and automated sprinklers watered the farms. Our driver informed us that there were several great lakes in NZ and canals were built to supply water for irrigation. 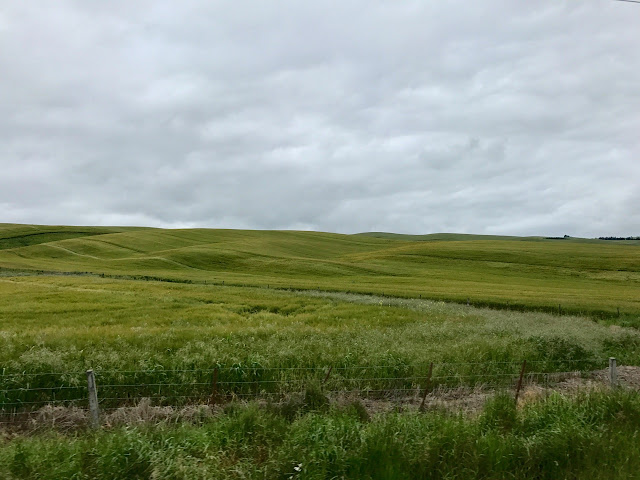 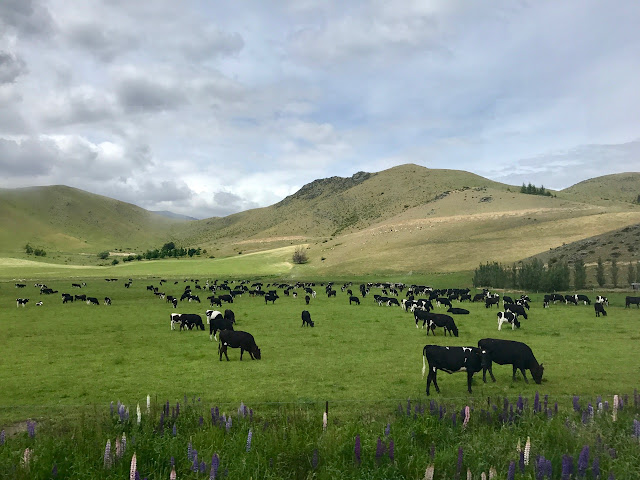 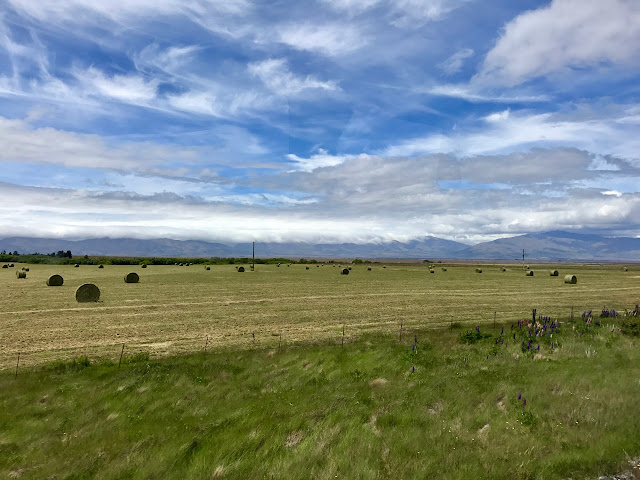 We stopped at Geraldine for breakfast. I had an egg sandwich and a much needed tea. Its a small little town on the way to Queenstown. One thing you would notice almost quickly is that the air is extremely fresh here. I found that very refreshing, where ever I traveled in the South Island.

Since this is a part of guided tour, I had a surprise awaiting me. They were about to stop at Lake Tekapo for fifty minutes for lunch. I was all excited. I had wanted to stay here but could not because of booked hostels. I made use of all the time to absorb the beauty of this place. Russell lupins of all colours were spread all around the banks of the lake, adorning the spectacular views. Snowcapped mountains, not so far away created a formidable backdrop. But truly, the lovely lupins stole all the attention from the serene lake and majestic mountains bordering it. I think these pictures would speak more. 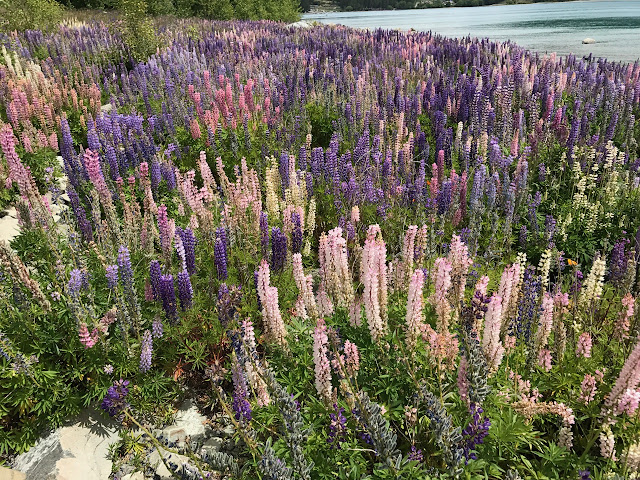 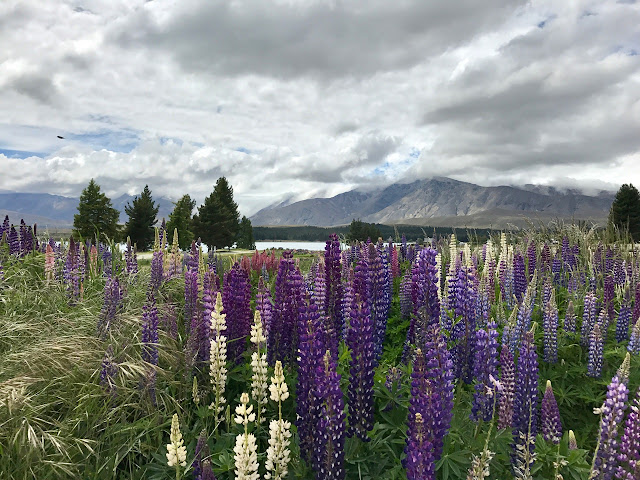 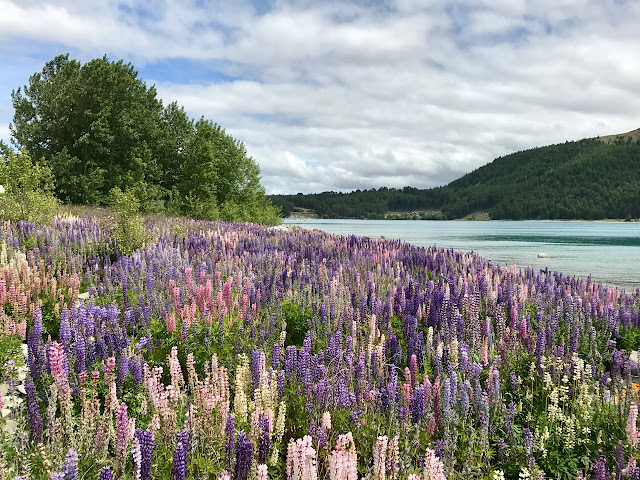 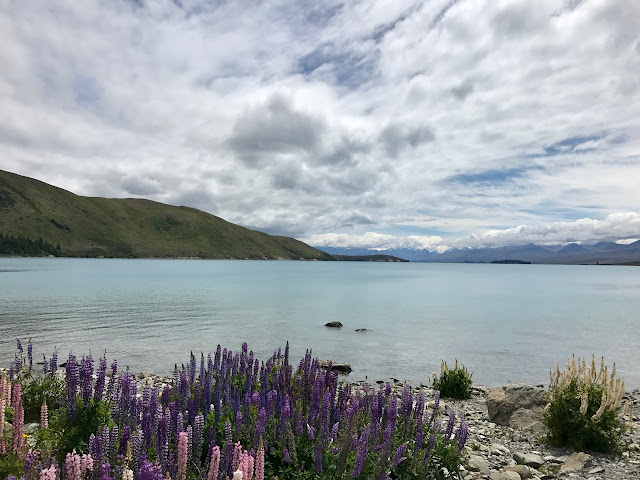 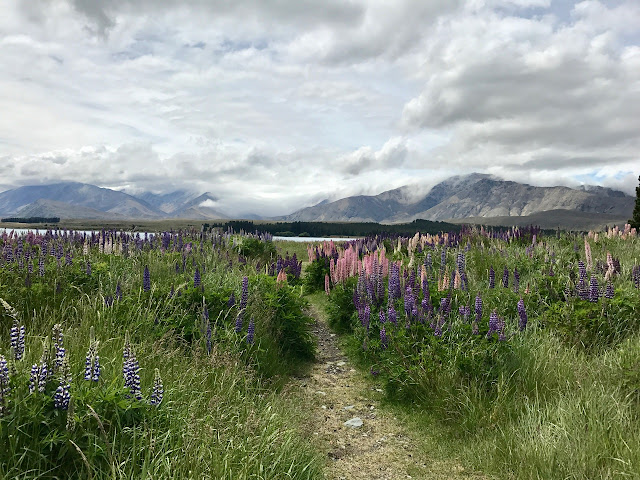 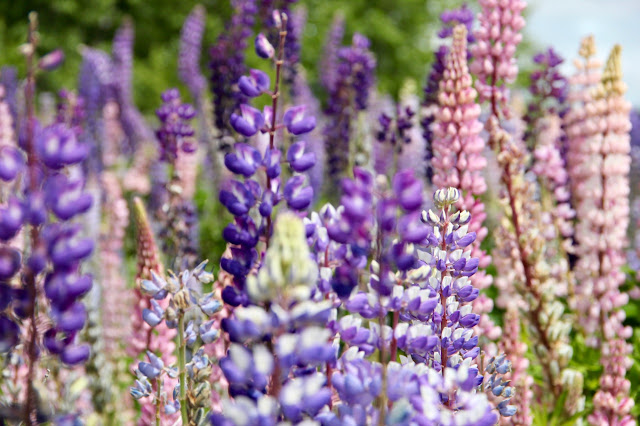 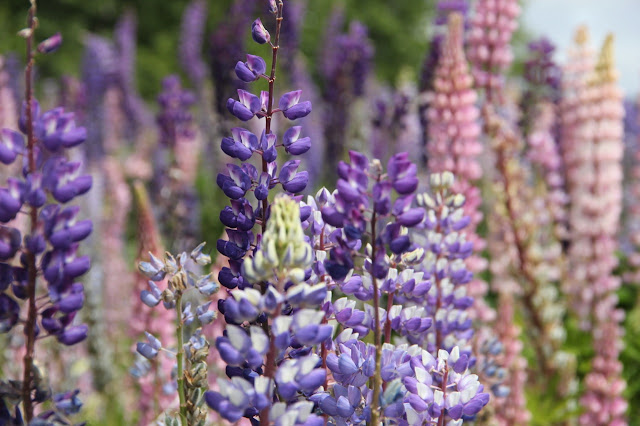 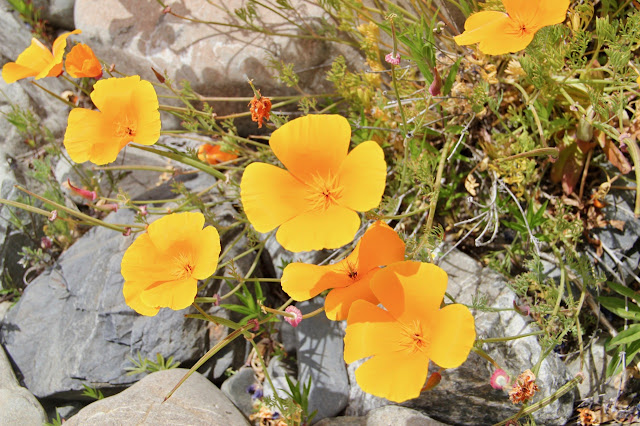 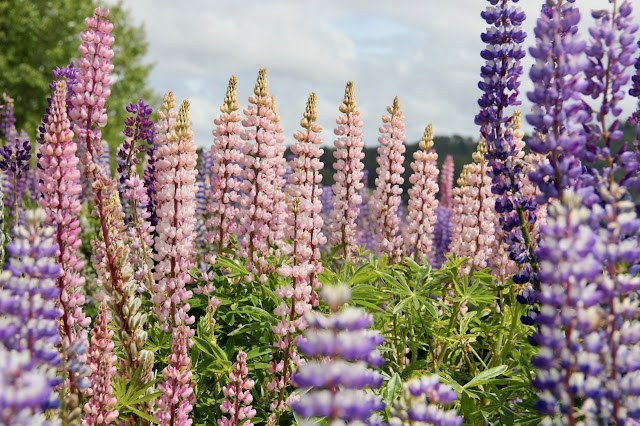 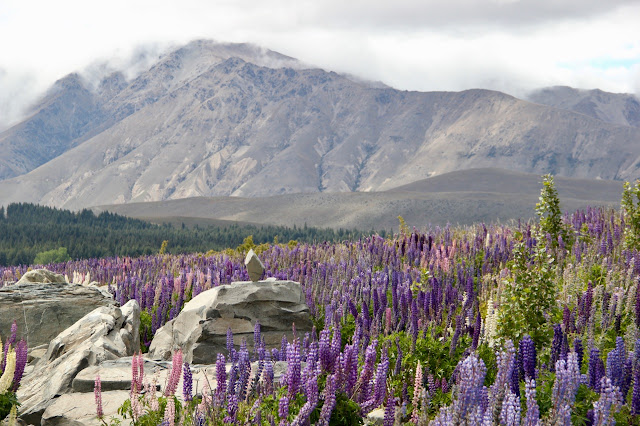 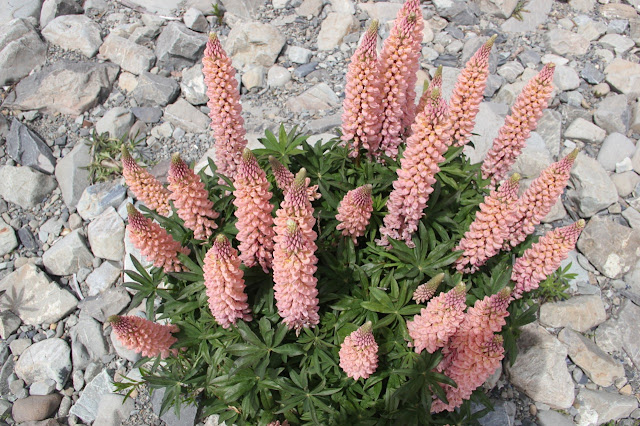 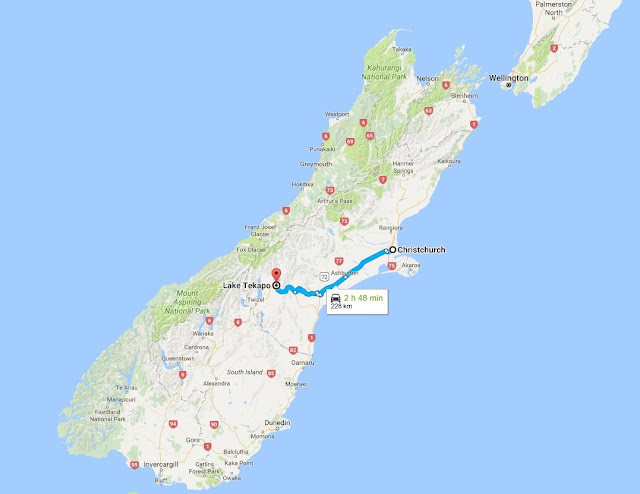