on June 11, 2015
Dolmen circle and Honnamankere are two places that are close by. they are about 6kms from Somwarpet. Just as you reach the Honnammana Kere, before taking the slope down, you shall find a road on your left. If you are using google maps, then look for Dolmen circle drive. We followed this road hoping to find the Dolmen circle. Some distance without finding anything, we stopped to check with a lady. She did not understand what I was talking about. I mentioned rocks and she understood bricks and I was directed back on  the same road. I drove back and just as we approached a left turn, the lady who was now in an Auto rickshaw pointed towards the alley. The auto rickshaw driver also pointed in the same directiona agreeing to her.

When we walked a little distance on that deviation we found a brick factory. Understanding that she had misunderstood us, we drove further on the same road. At the point where google maps showed us to turn left on an unpaved road, I got doubtful. In a house at this junction there was a wedding celebration happening. I tried to enquire with someone there. They asked me to head back to the lake. We did that and while enquiring with few others down at the lake; this time showing pictures of Dolmens; they guided us back to the same location where I had enquired before. I drove again not giving up and reached the same junction. Now there were a bigger gathering outside the house celebrating the wedding. On showing the picture it was confirmed that these rocks were on top of a hill down the road the google maps was referring to as Dolmen circle drive. I drove about a kilometre or so and then had to park the car as the road conditions were bad. If you wish you could drive upto a small pond beside a huge rock. As it was getting dark only Varun, Deeku and I decided to explore the hill while Preethi and Akki rested by the pond.

As we climbed up the side of the rock we got to a fenced area. We were disappointed but just before turning back we saw the Dolmens not he other side. The sense was easily crossed and we reached the flat summit of this small hill filled with Dolmens. 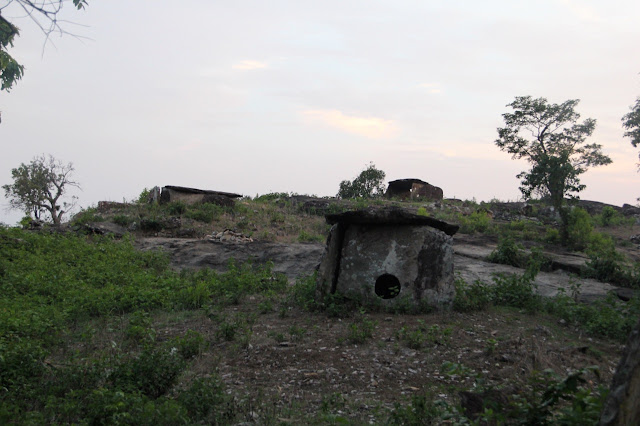 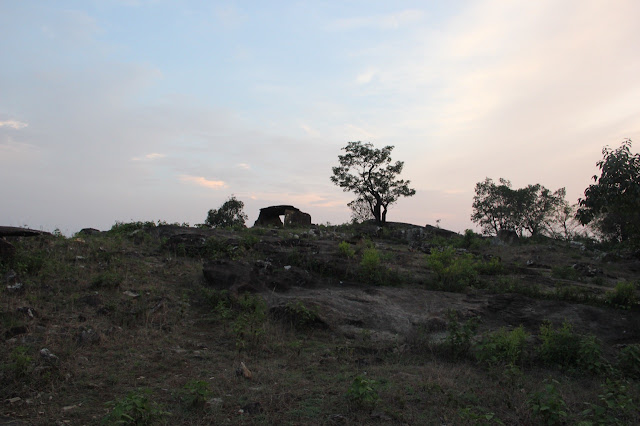 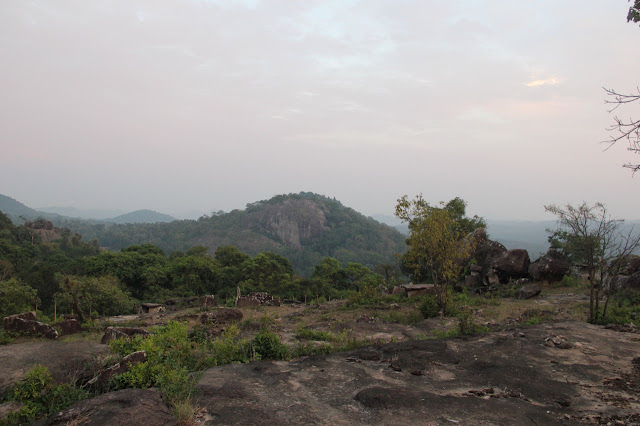 Dolmen circles of Neolithic period or New Stone Age dates back to 4000 to 3000 BC. There are about 64 tombs here and is one of the three such Dolmens in India. 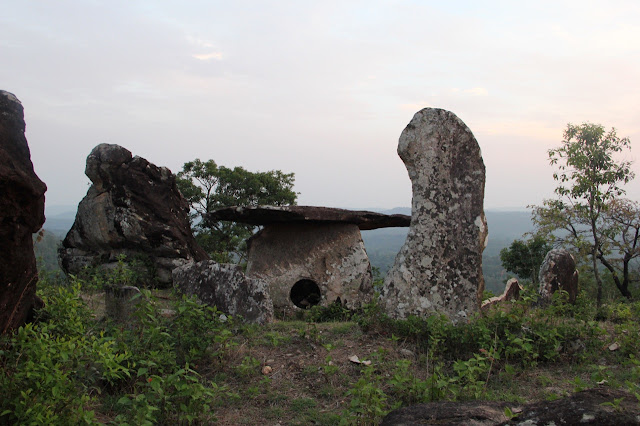 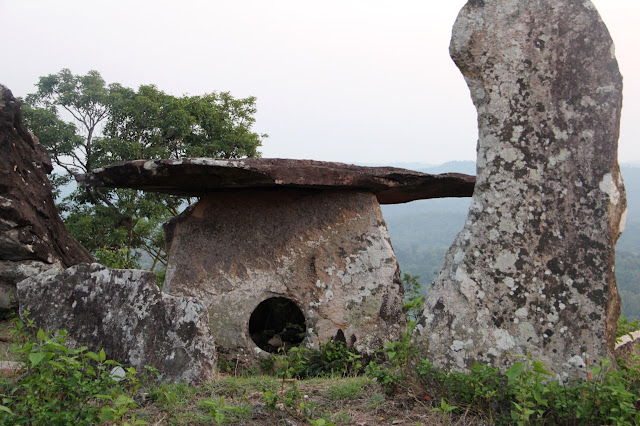 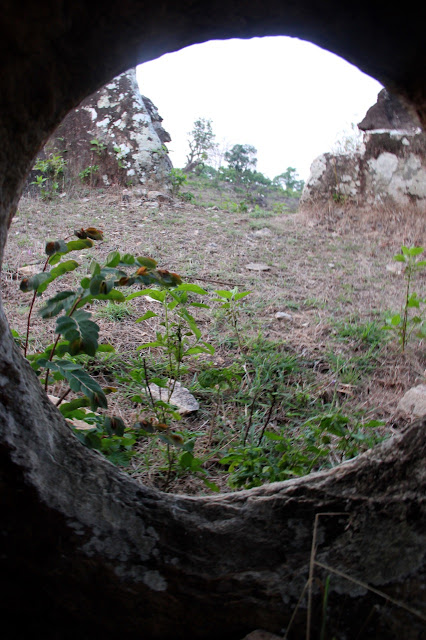 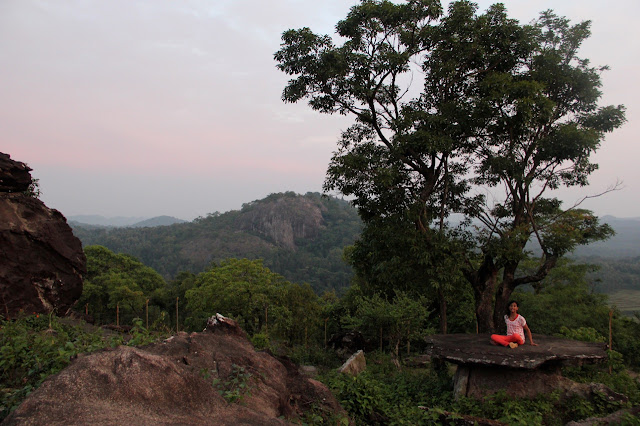 We were excited as this gave us a sense of discovering something and we suddenly felt adventurous. We stayed there for a while watching the sky turn orange and then slow grey.

We headed back and drove to the lake. The Honnamma temple was gracefully lit with some incandescent light bulbs and oil lamps. It made a picturesque sight. 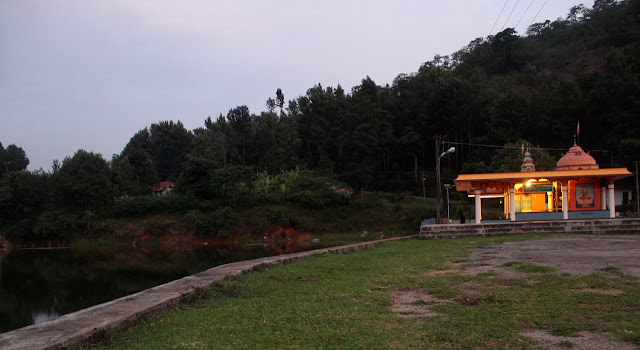 The lake seemed still and peacefull. It seemed like a perfect end to this eventful day.  There are two hills beside the lake - Gavi Betta and Pandavara Betta. There are steps to climb to the top. As it was dark, we decided not to. 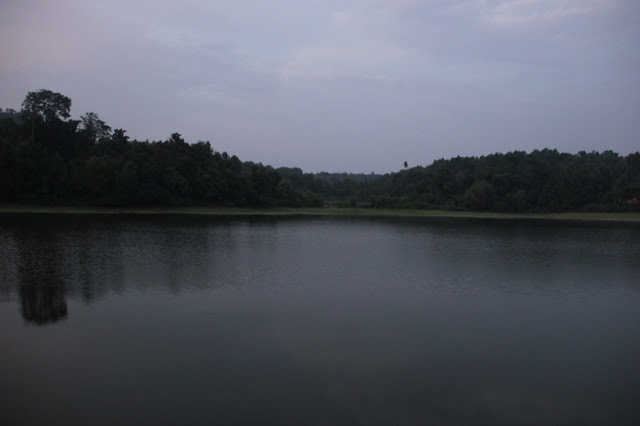 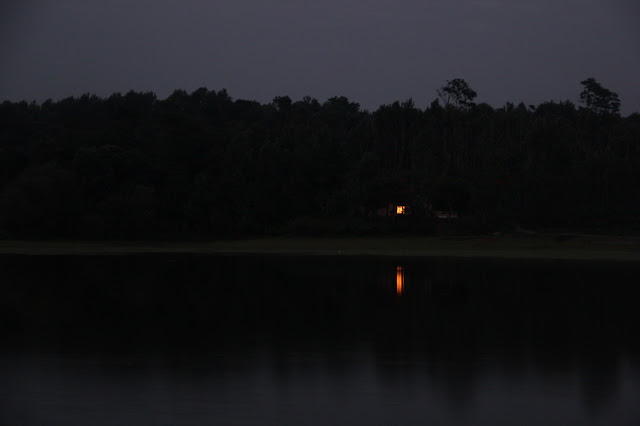 We returned to the town and had dinner at Ganesh Darshan; the only other Vegetarian restaurant in the town of Somwarpet. Then walked few blocks, to a beautiful Someshwar Temple. There is also a Vidya Ganapathi temple opposite Hotel Ganesh Darshan that is worth a stop. 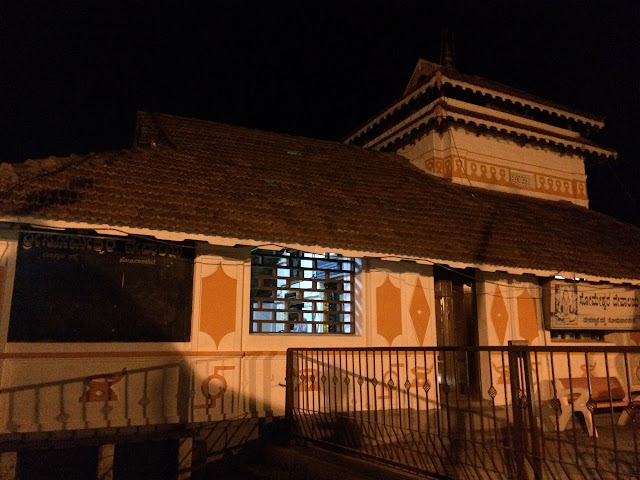