on November 20, 2010
A year back friend Mak, requested all of us in the office to collect some Kannada books that he would then give it to a NGO that was supposed to visit a Government school in a small village of Kaggaladu in Sira Taluk of Tumkur. Subbu and I picked few books for the kids but unfortunately we could not make it for the visit and all the books remained with us. So after one year, taking advantage of the week long holiday we had for Deepavali, we decided to drive down there on Saturday the30th Of October.

We started at around 9:00 AM and reached Kaggaladu at around 12:00 PM. The school was closed but the nursery was open for some preparations for the Rajyothsava. So we handed over the books to the teachers there and then walked to the two lakes which from Jan to June houses several Painted storks and grey Heron. Unfortunately for us none of the birds had yet arrived. We walked by the fields and the villagers were nice enough to give us some fresh groundnuts that they were harvesting. 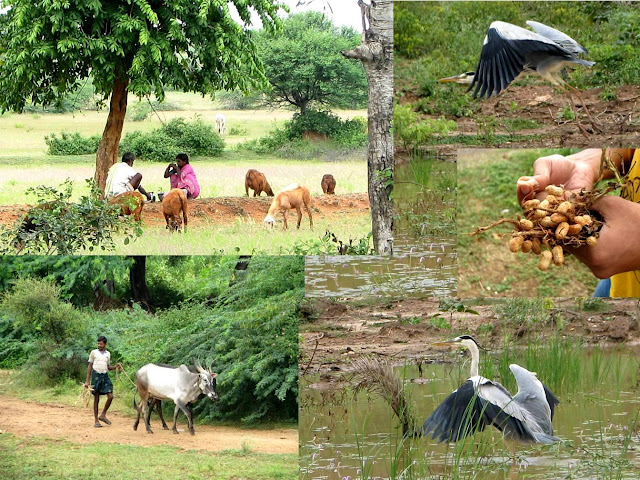 We were lucky to spot one Grey Heron before leaving.

At Sira, we had lunch at a dabha. Tasty egg burji, Dal and Baingan dish with roti made up a good and heavy lunch. Next we decided to explore Sira…

History – Sira Town was one of south India's strategically important places prior to the British Raj. It was ruled by the Bijapur Kings from 1638 to 1687. It was the capital of the erstwhile Suba or Province of Sira of the Mughal Empire that lasted from 1687 to 1757. The Marathas wrested the province from Mughals and held it from 1757 to 1759, when the Mughals regained it. Haidar Ali declared himself the Nawab of the province in 1761 only to loose to it to the Marathas from 1766 until 1774 when his son Tipu Sultan, captured it for him.

We drove to the Sira Kasturi Rangappa Nayaka Fort which remains in ruins today. Lot of reconstruction work is going on though. 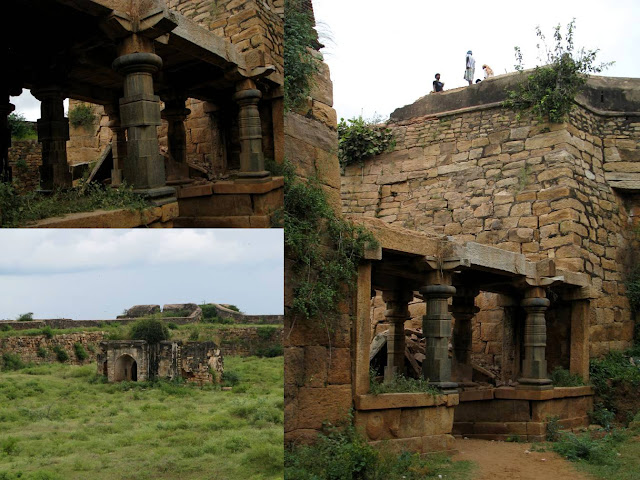 Our next stop was eighteenth century mosque – Jumma Masjid built in the 18th century. The mosque has a beautiful architect. The interiors have granite walls with pictures of text from the holy book and clocks showing time at important places such as Mecca etc. Mak, performed his Afternoon Namaz here. 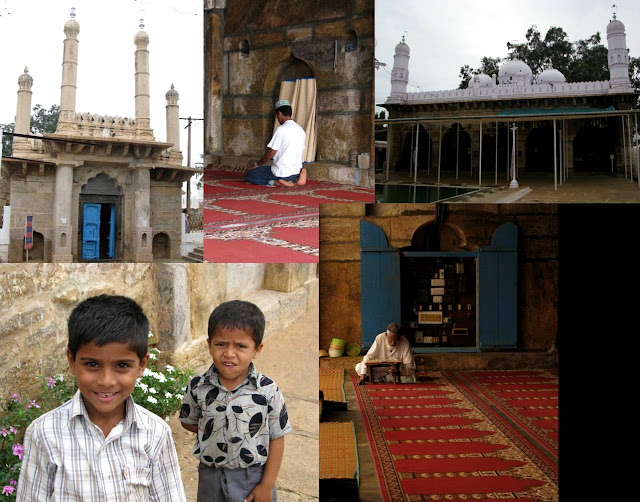 We drove to wrong places in search of some Khan garden and sone kalash ka makaan after which we drove to Malik Rehan durgah. This is mausoleum over the erstwhile Sira province's governor Mallik Rehan's grave. Mallik Rehan was the Subahdar or Governor of Sira from 1638 to 1650. Some locals revere Mallik Rehan as a pious man and call him Hazrath Mallik Rehan Rahmatullah Alai. 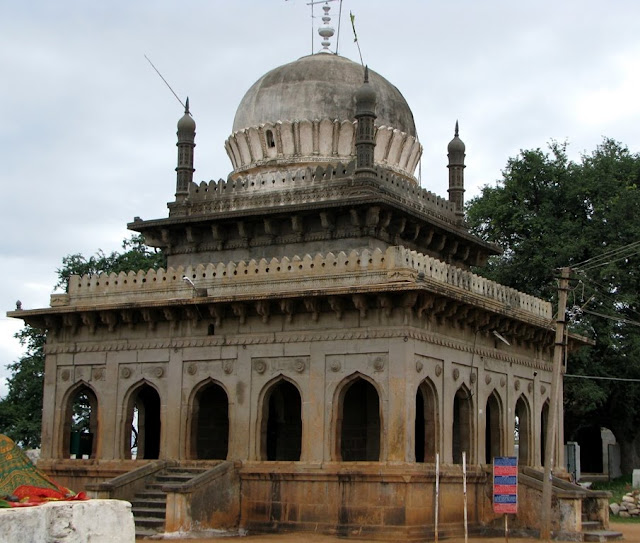 On our way back at Sebbi we stopped at a nice and famous Narasimha temple with murals painted on the inner walls of the main shrine. 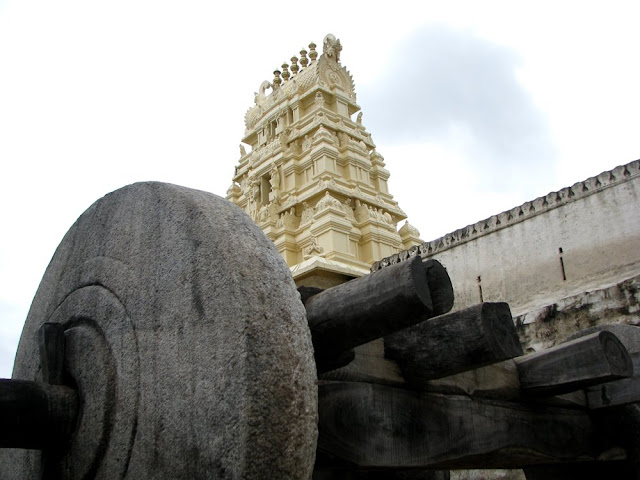