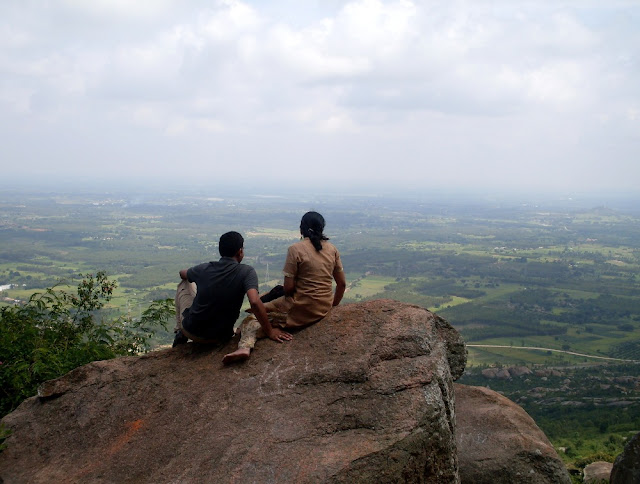 It’s been a long time since a good hike, so I planned this one along with family…My wife P and cousin N. We left Bangalore at around 7:00 AM with the car loaded with water and food. We took the NICE road till Tumkur road and then the New expressway past Nelamangala. After a few kilometers from the Nelmangala junction just before Dabaspet junction is the left diversion to Shivagange (6KMS). We stopped on this route finding a nice place for breakfast. After filling the stomach we reached the base of Shivagange, a mighty rock with several attractions at every stage of climb. 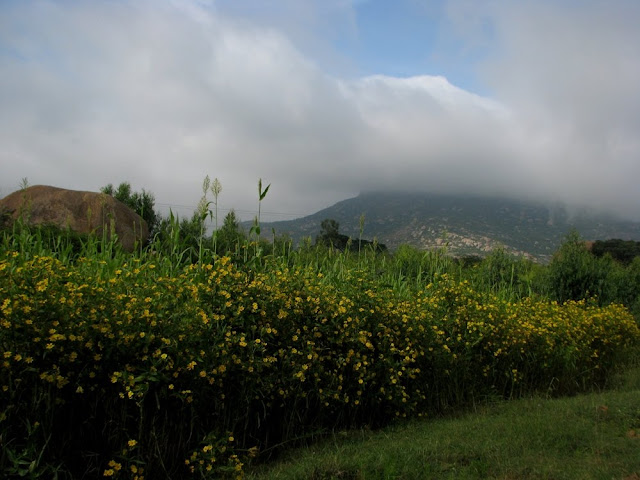 After an hour’s climb you reach Pathala gange, with a small cave temple with natural spring. Another half an hour climb you reach a small place with Shiva idols. Devotees are requested to take bricks to this point for a construction work in progress, so we thought of carrying some on the way up.

The last stretch of the climb is very steep with steps cut on a huge rock. As this was a Sunday, there were several people doing this hike. Most of them were villagers and even old men and women around 60’s. 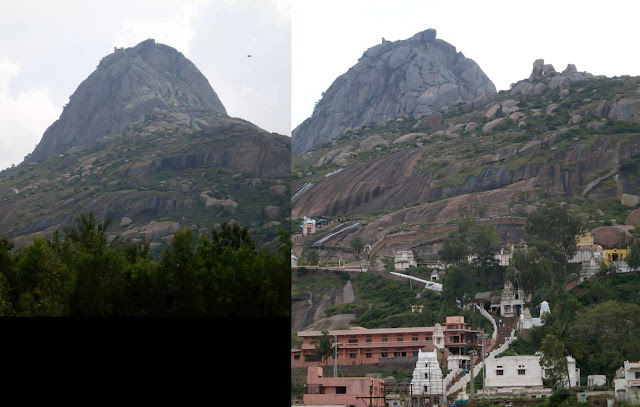 At the top of the rock s a Nandi statue and two temples of Gangadeshwara. After relaxing at the summit for a while and headed back. The view from the top was nice and we spotted a nice construction resembling a Kerala style temple, so we decided to drive there once down. 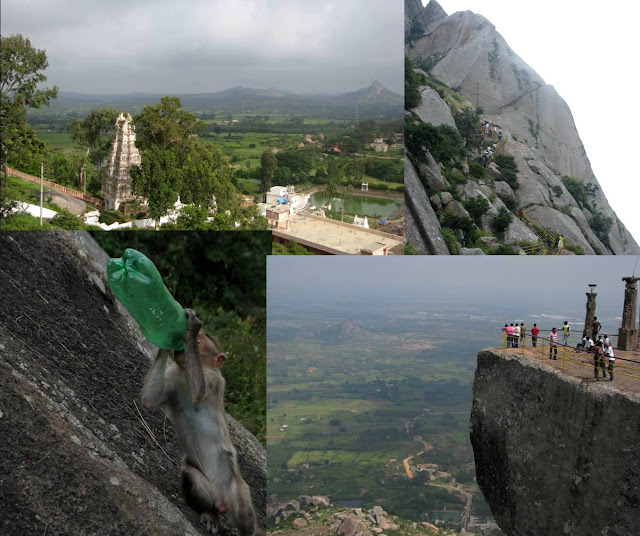 We got down earlier than the climb with help of amazingly tasty lemon juice, cool butter milk and spicy cucumber chat sold at various points in the trail by villagers. 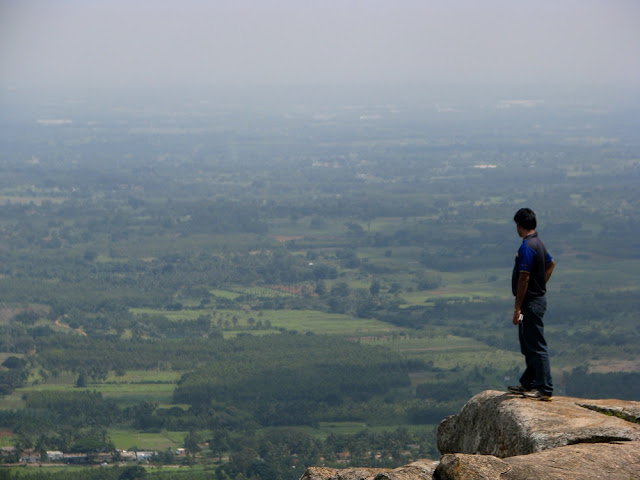 At the base is a Shiva temple. The specialty of this temple is that when the ghee is smeared on the Shiva Linga, it turns into butter something we know is an irreversible process. As we watched the priest smeared some ghee on to the Shiva Linga and it turned white but as when tasted it dint taste 100% like butter, at least for me.

We decided to drive to the Kerala style temple and took some bumpy mud roads to reach there and find out that it was a farmhouse and not a temple. We stopped at the same spot where we had had breakfast and had lunch before driving back to Bangalore.
India Karnataka Trekking