on September 19, 2010
Returning back to have been slow; It took me a week to get rid of my jet lag and all the uneasiness that long distance travel does. Mother cooked delicious sambhar out of the first harvest of Malabar spinach. 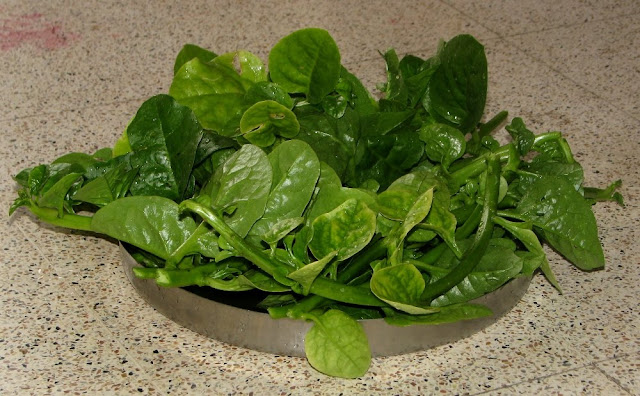 The best part of the week was arrival of my sister and her four students came from Mumbai for a science exhibition. Preparing for the exhibit, bicycle rides and movie Dabang made up the three evenings. The kids are very talkative and the girls kept pulling boys leg and the boys kept complaining about it to me. It was fun! The boys were over thrilled to see my bicycle and tried wheeling on it and they assured me that they would buy one as soon as they get a job. :-) One of them would carry a small pouch with him that contains basic tools and cards. He has it belted around his waist where ever he goes; I think that’s a very good thought and his exhibit is a survey valence camera fit car that can capture images from disaster areas and non accessible regions. The other kid was very impressive in his narration of any event, he could make any simple event very attractive to be heard, and he has an art in him. The girls were very hardworking too in preparing for their exhibit that displayed the working of cell phones.

To get the first servicing done on my new car, I had to run 1000 kms at least on it before two months, my travels and learning had not allowed me to do it so had to drive the car daily to office and it was fun, taught me many driving lessons that India needs and is different from two wheelers. :-)

Yesterday was day of shuttle badminton. In between the completions (Our sports day) we played and it was great fun. Sometimes there were four people on each side of the court. :-)
Diary