on August 22, 2010
36 hours of travel, boring transit airport hours (Dubai, Paris & Minneapolis) brought me to Colorado Springs. I felt good to be back! I have lived here more than a year before and so once I got on to my rented Chevy HHR, I realized how well I know this place. But of course driving to Hotel did not feel like before but by the time I was there, I had got over the uncomfortable feeling about interstate speeds and driving on the wrong side of road. :-) 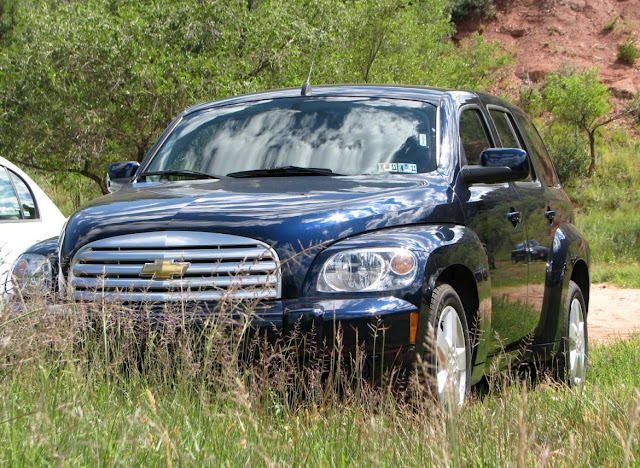 Hyatt Summerfield is where I stay and it is a very nice place and my room overlooks a railway track and a hill beyond it. And just coming out of the hotel, is this beautiful view of the mighty Pikes Peak. 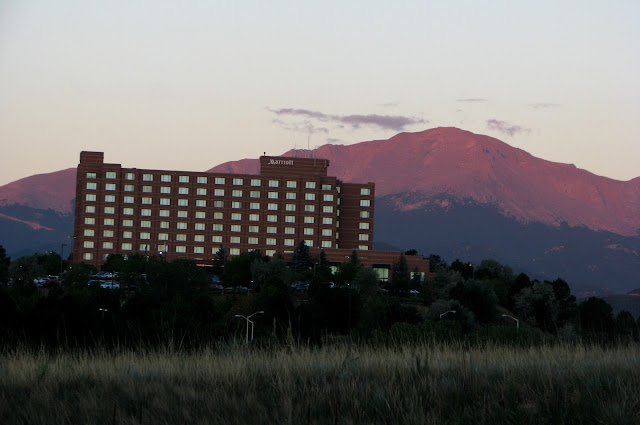 Being back after 3 long years makes me love the US all over again and I begin to notice how beautifully this country is built to make everything so comfortable for living. You have wide roads, Interstates, rules that all follow; directions to almost anywhere, easy access to anything; so much of thought has gone into everything here.

Being back in Colorado Springs is like visiting Himachal or Sikkim again and again. I can never get bored of the mountains and the beautiful weather. Meeting friends I know here is a treat.
On Friday, after two days of busy meetings, I got a break and an Indian friend S and I went out for dinner at the Noodles & company where one gets great noodles and pastas from around the world. After which we drove to my favorite night drive spot - Garden of the Gods. There is a place in the park where two rocks divide the road. I have always driven there during night and climbed up a small rock to get a beautiful view of the city. We sat there for a while discussing about life, India, the US and generally everything.

Saturday, I drove to Manitou Springs where the Pikes Peak Ascent was on. My manager’s wife was participating in the event for the 5th year. It is a comptetion to run up the Pikes Peak mountain on Barr trail which is 13 miles long (21kms). I have hiked up the mountain in 2005 and it was an eventful experience. So to watch these enthusiasts was fun. After the marathon began, my manager and I drove up the mountain (14115 ft high). We had to park midway and several vans took people up to summit from there. 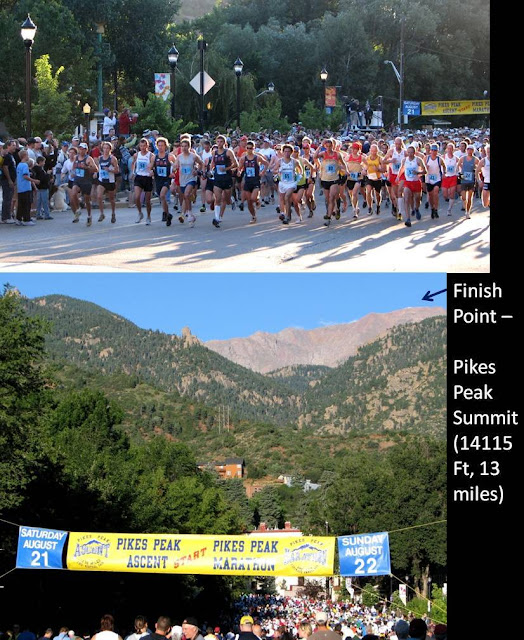 There was a crowd to encourage the runners and the winner completed the race by 2 Hours and 9 Minutes. It was amazing up there. People from UK, Germany, Australia and Mexico had particpated. This is what i love about the US, any hobby that you have has a lot of encouragement and platform to showcase them on. 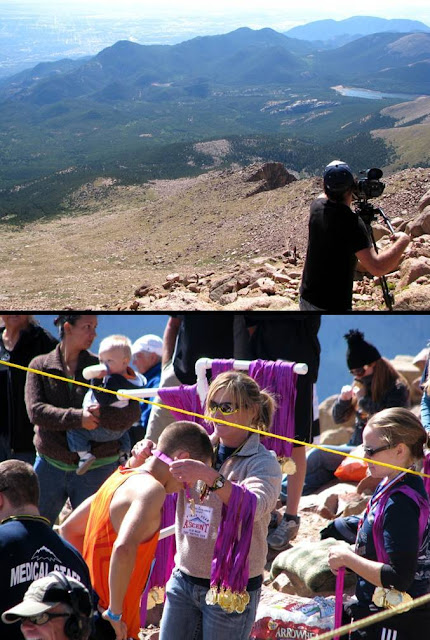 Later on Saturday I met a good friend J at Pikes perk coffee/tea shop by Vickers- Academy. She was a professor at a college teaching World mythology but has now quit the job to join something called an art community, where she will be provided kind of a cottage in which the artist can live for however long to complete their work. Wow! That is really cool. I wish I had lived in one of those. J is planning to write poetry and she would live in Fort Collins and can choose to write in the cottage or a studio in downtown or anywhere around the place. It is amazing!

We spoke close to three hours about literature, art forms, family and life styles around the world. It is always great to meet likeminded people. The coffee shop we were in had two guitar players singing folk/country music and I had Indian chai which surprisingly did not taste bad at all. Of course it was little watery and more sweet but something that I needed badly at that moment.
Travel USA