on July 19, 2009
On a cloudy, beautiful Friday morning (Jul-3rd) we (Team at work) drove out of the city towards Magadi on two tempo travelers; playing chess; cheering to the James Bond movie stunts. The driving distance from Bangalore is about 60Km's.

Savina Durga...Fort of death, is formed of two hills, Biligudda (White hill) and Karrigudda (Black hil). We climbed only the Biligudda this time. The first sight of the rocks was amazing, especially as it formed a backdrop to a beautiful lake on the way. 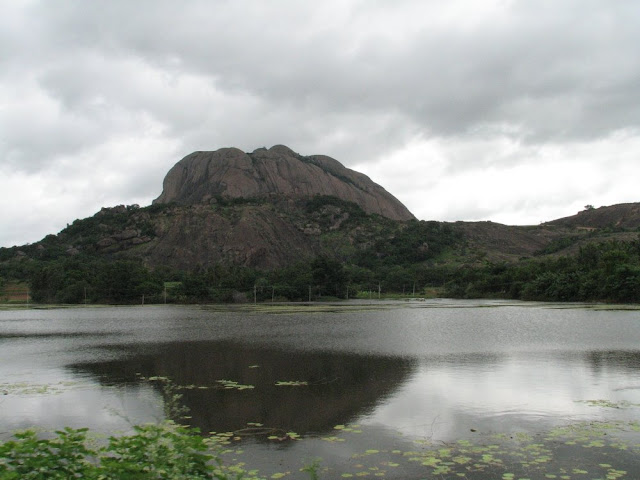 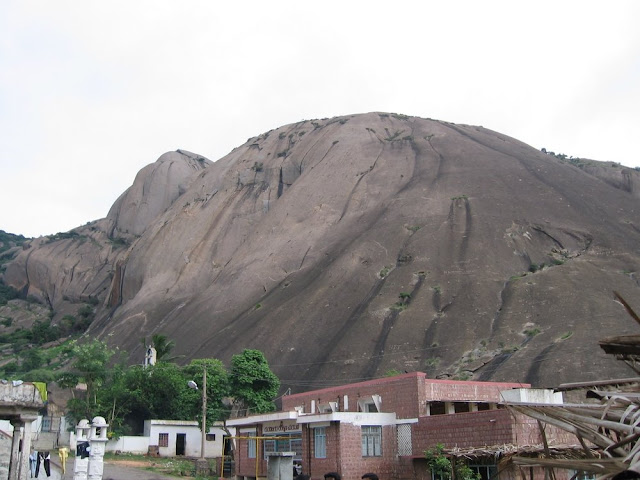 After refreshing tender coconut drink, we started the ascent. Initially it was very difficult for most of us. There are no steps and one has to follow a vaguely painted direction on rocks. The climb is steep and not an easy hike. But once we got a hang of it, the rest of the climb was fun. And when you are in large group, with friends and laughs over even the silliest of jokes, then nothing seems like a hurdle. On our way we met some military trainees, running down the hill. 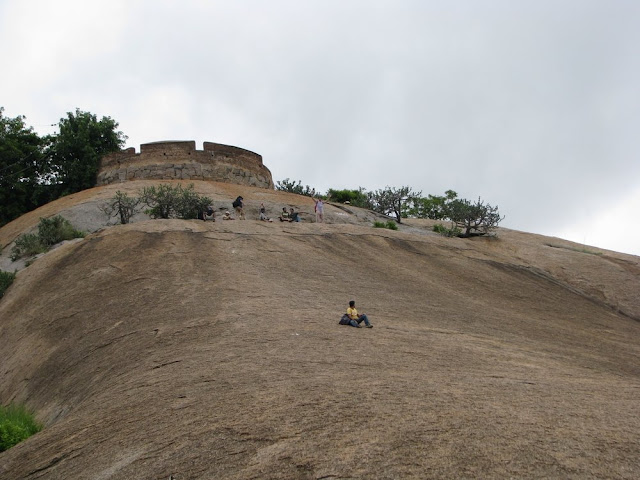 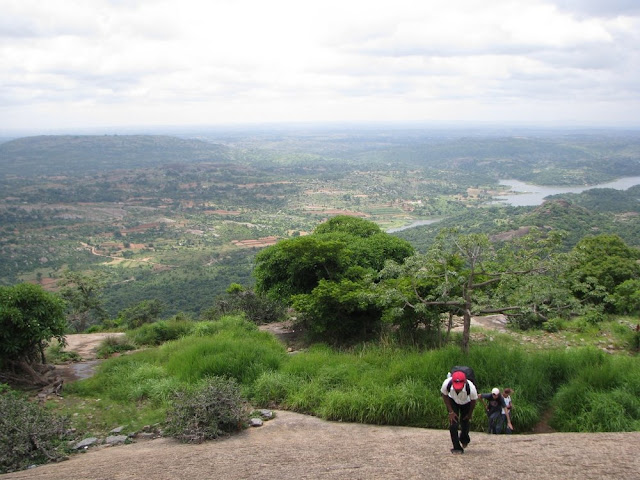 At summit is a small shrine with Nandi idol. The wind at the summit was vigorous. A small imbalance, it would have just taken us rolling all the way down. But this situation is what made it enjoyable to stay at the top of Biligudda. 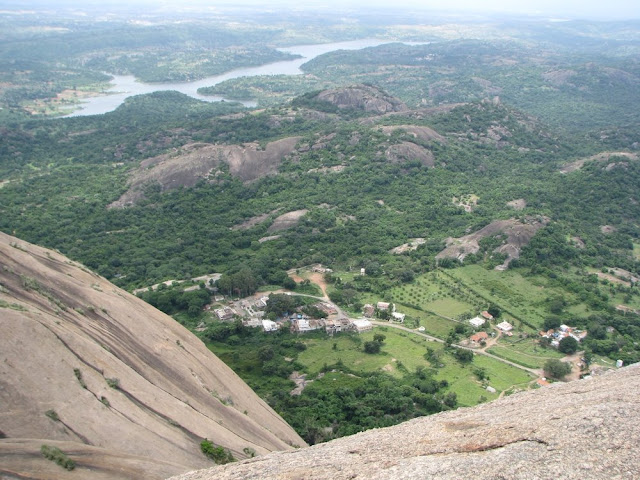 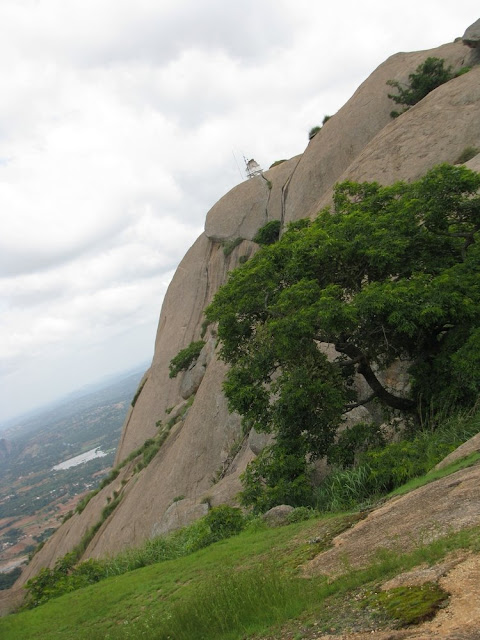 We had Chappati’s and Mangalore buns for lunch which had been packed for the trip. I think I have repeated this several times, but it is true always though; that once you are at the top of a mountain, hill or rock, and look down, the feeling is unmatchable and one realizes how small man is as compared to this vastness and of course the pain you took to climb this magnificent creation, vanishes out in a second by the magical healing power of the nature. 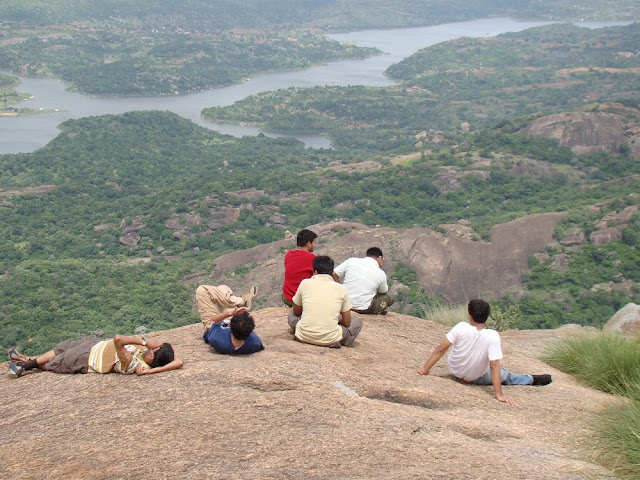 I spotted this bird at the summit. Anybody to help me identify this? 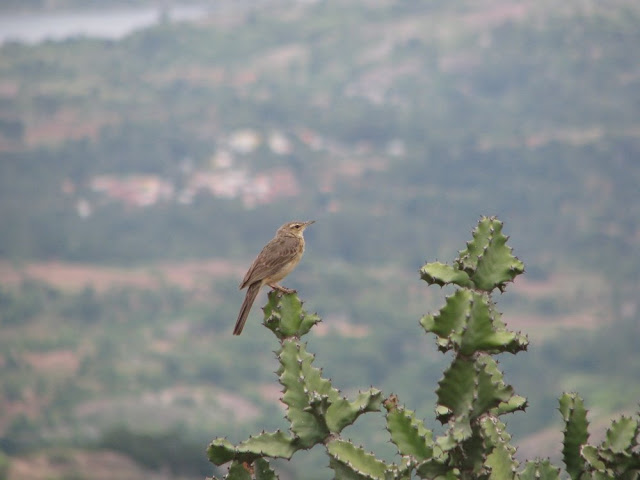 And of course some sparrows at the base. 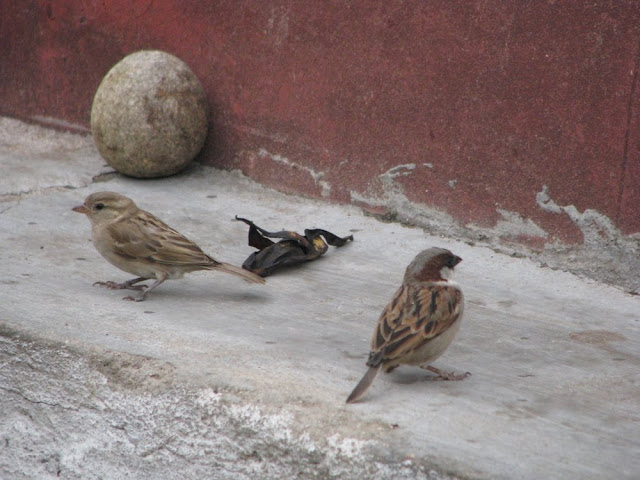