on May 19, 2008
Vasu, P and I decided to go to Kamalashile while I was in Mangalore. Kamalashile is a small village near Sidhapura midst a forest, known for its temple of Durgambha.

We took a bus to sidhapura from Kundapura and then another bus to Kamalashile. The bhatru (Priest) at temple explained to us that it was a udbhav shile (Natural rock formation) and a sacred mud is filled around it and the mud he said would act as medicine. I made a mistake by asking him – Can I have some of this mud? He got suddenly excited and told me that it was not mud but Prasad, a sacred offering of God. For my mistake, I had to hear for a lecture of few minutes. My friends could not stop giggling at me. Well, I could have explained to bhatru that if I had referred to it just as a mud, I would not have asked for it to take home. But from this experience what I learnt was, how I must think before speaking and what difference a slight change in a synonym can make. 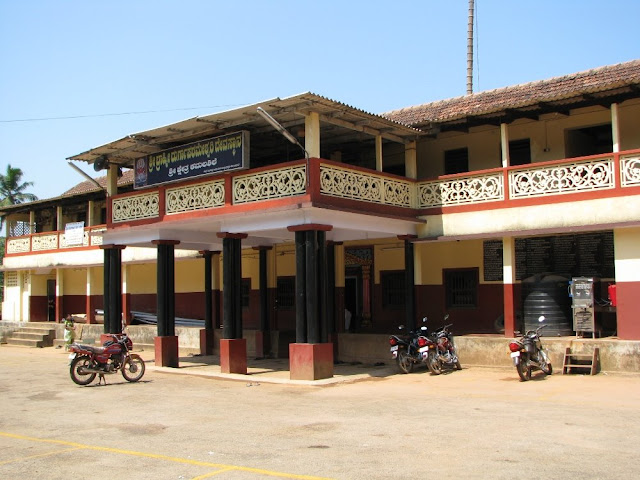 Bhatru was kind enough to ask a helper at temple to take us to the cave on top of a hill. A shopkeeper outside told us that he was an official guide to the cave and he would have taken us. He suggested we go walking to witness the scenery. We told the temple boy to join us there. The walk up was too tiring; no wind; burning tar road. Saw a huge tree on the way.


The cave is the mulla sthana (Place of origin of the temple) there are several udbhav moorthi’s of Ashlesha, Lakshmi, Ganapathi. The cave was completely dark inside and it was scary walking in, as there were plenty of bats flying all around us. The boy went deep into the cave and then said – These are Godly bats, they would not touch you, but wild bats, they would drink human blood. Saying so, he switches off the torch light throwing us into absolute darkness. “See, blind people would feel like how it is today.” P was too scared of the wild bat story that he immediately forced the torch onn. :-) 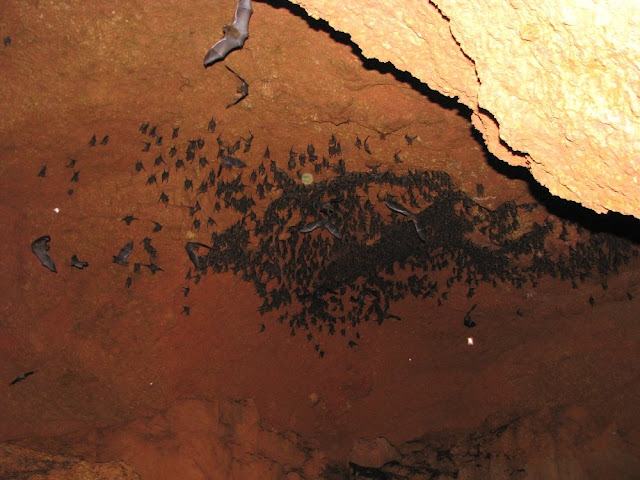 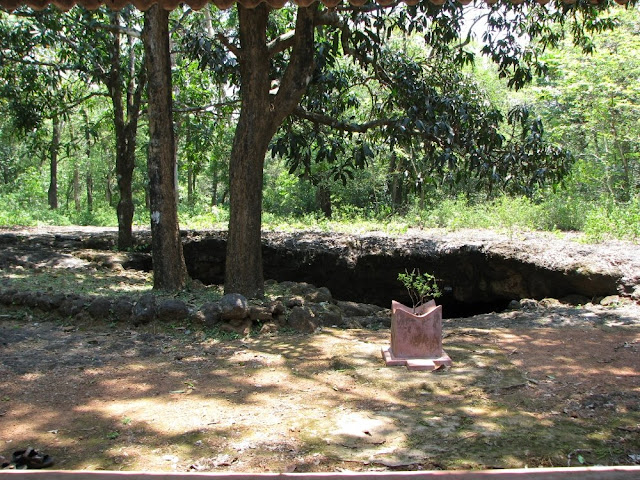 
We thanked the boy and handed over some money, which he hesitantly took. He did not even look at the amount. He offered us a visiting card and asked us to come again with family. Touched by the niceness of the villagers we returned back; watched a Blacksmith at work while waiting for bus. He had designed the blower himself. 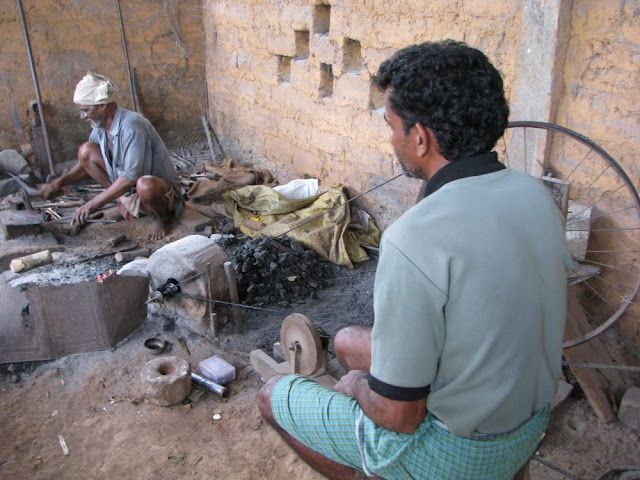 We hitch hiked back on a jeep to Sidhapura; boarded another bus to Udupi. The conductor whom we had never met before asked if our trip to Kamlashile was fine. We were shocked about the fact that we had suddenly become so popular.

The trip was short, yet very interesting and funny. There are several such temples and villages in Dakshina Kannada and udupi district that I myself have not explored. We decided to make such short visits every time while in Mangalore.
India Karnataka Travel